It might not have been making the sort of headlines that OnePlus (its cousin?), Pixel and Samsung’s flagships have been making, but Chinese brand Oppo has been bringing a number of innovations to the phone-y world. And doing so with a touch of class – something which comes to the fore in the just-launched Oppo Reno 10x Zoom (henceforth referred to as the Oppo Reno for the sake of simplicity). What’s more, this time, the class comes at a surprisingly affordable price, by Oppo and Android flagship standards. 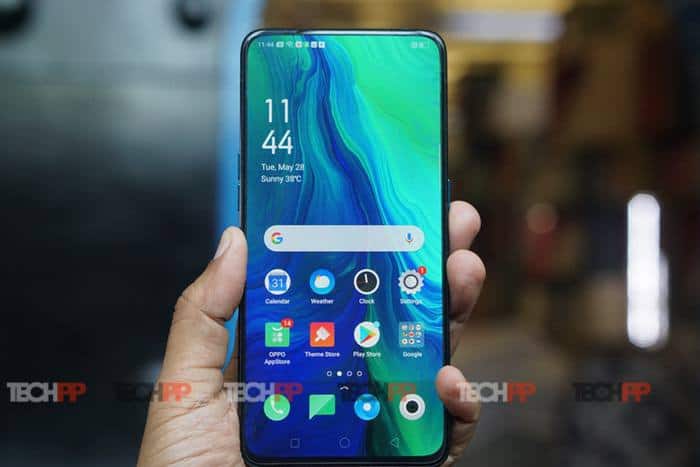 Oppo says that the Reno series of devices is going to be targeted at the youth. That may be the case but its design would appeal to a wide spectrum of users. The front and back are glass, Gorilla Glass to be exact (6 in front, 5 at the back, if you are a version junkie) and at a time when most phones seem to be following near identical design templates when it comes to glass, Oppo has taken a very different route with the Reno. We got the Ocean Green unit (it is also available in a more routine Jet Black) and it was fascinating to see how it seemed to change shades, moving from a touch of blue to imbibing just a hint of purple, as light fell on it – we have seen something similar in other phones (the S10 is a prime example), but Oppo’s handling is by far the most classy implementation we have seen. A far cry from the slightly louder “gradient” finish we are seeing in so many phones these days. What also separates the Reno from the glass back crowd is a thin strip in the center just below the three cameras (none of which protrude, a rarity again) which contains a tiny sphere (such Sony Ericsson feels!), and also the Oppo branding and the words “Designed by Oppo.” At a time when most phones are beginning to resemble twins separated at carnivals, the Oppo Reno is one phone that you are in no danger of mistaking for any of its rivals. Or siblings for that matter. Then there is the front. We have heard phones boast about banishing bezels but not too many have done as good a job of it as the Reno. It has a 6.6 inch AMOLED display with very small bezels, giving it a screen to body ratio of 93 percent. 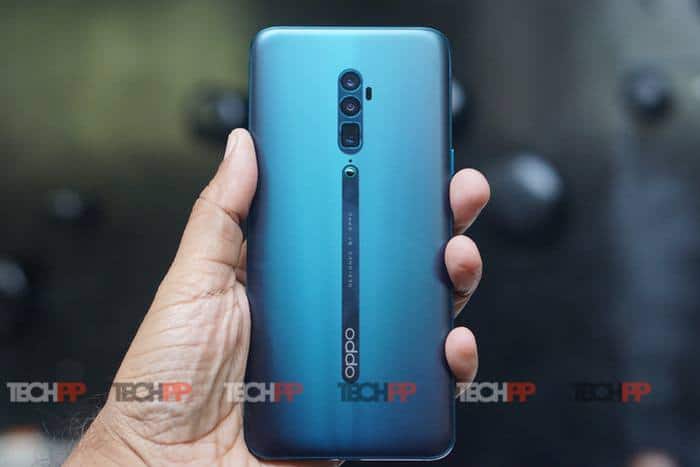 But perhaps the most spectacular feature of the phone is bang on top of it. The Reno has a selfie camera that is pretty unlike anything we have seen. Its 16-megapixel count might not seem overly exceptional, but what makes it stand out is the way rises from behind the display in the shape of a triangle (rather than a tiny square as we have seen in other pop up cameras), something that Oppo calls a “Shark Fin.” It slides out smoothly enough and retracts rapidly too (it retracts automatically if it and the brand claims it is very solid and can see off five years of usage even if you use it a hundred times a day. Do we like it? We are still making up our minds about it, to be honest. Yes, it does look different but then truth be told, it also makes a very well crafted phone a look slightly disproportional. This “fin” also contains the flash for the rear cameras so it rises when the flash is in use as well. Innovative? Yes, but we are not quite sure as to how much actual value it delivers beyond the visual impact. Of course, its presence prevents the Reno from getting an IP rating and also makes appear slightly larger and a bit on the heavy side, but take it from us, this is one of the most handsome phones out there. By some distance. 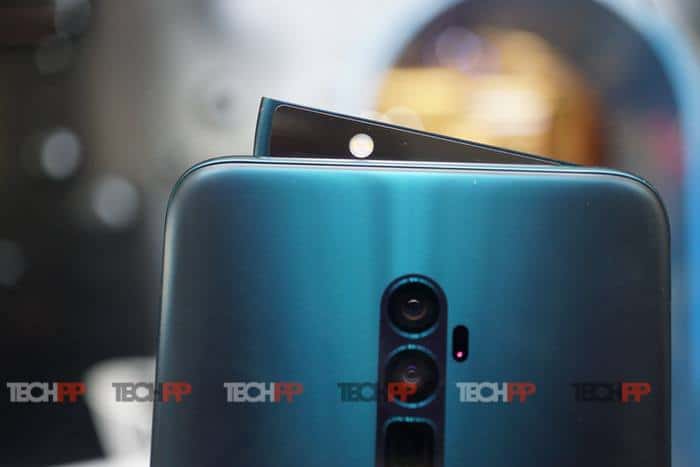 It is also one of the most powerful. The Reno packs in some very serious hardware muscle. The display is a full HD+ one, and powering the phone is the darling of 2018 flagships, the Qualcomm Snapdragon 855, with RAM and storage variants of 6 GB/ 128 GB and 8 GB/ 256 GB, both with expandable memory. Those three rear cameras are special too. They are a blend of a 48 megapixel Sony IMX586 sensor, an 8-megapixel ultrawide lens, and a 13-megapixel telephoto lens. Of course, the main sensor (which has a large f/1.7 aperture and dual optical image stabilization) is reputed to take great shots in its own right, but the star of the show is perhaps the 13 megapixel telephoto lens, which provides 5x optical zoom, and 10x hybrid zoom (giving the phone its name), without too much loss in detail, and even 60x digital zoom (more than the Huawei P30 Pro), thanks to some prism magic between the cameras. And complaints about the weight of the device might be alleviated by the fact that the phone packs in a large 4065 mAh battery with support for Oppo’s super fast VOOC charging. Of course, this being a flagship, connectivity options are not a problem – 4G, Wi-Fi, Bluetooth, GPS, you get them all. You also get the latest flavor of Android, 9.0 (Pie), albeit with Oppo’s Color OS on top of it. And although it comes with a number of interesting touches, including enhancements for gaming and photography, that UI is perhaps likely to be as divisive as that Shark Fin. 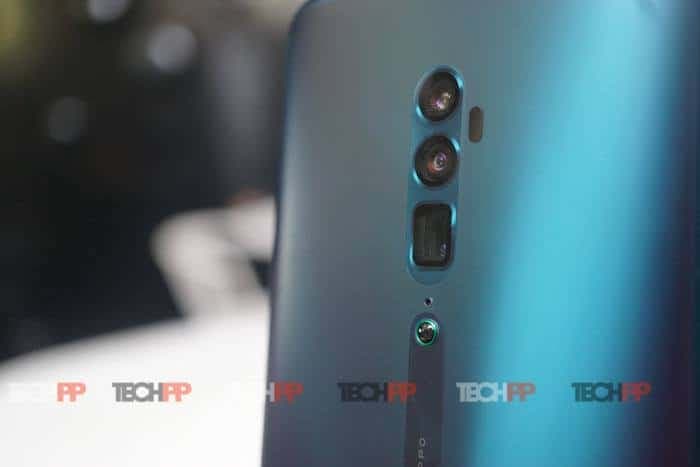 What, however, is not likely to be divisive is its price. At Rs 39,990 for the 6 GB/128 GB edition and Rs 49,990 for the 8 GB/ 256 GB edition, the Oppo Reno 10x Zoom gets right into the zone of the OnePlus 7 Pro, which some might consider to be its spiritual cousin (although the brands are technically rivals in the market). Indeed given the sort of design and hardware muscle it brings to the party, some might even consider it to be a rival to the soon to be released OnePlus 7. Just how well it performs against that worthy and indeed the rest of the competition will be revealed in the coming days, but as of now, we can safely say that there is a new shark in the Android flagship ocean. Don’t believe us? Check the fin!