After a series of rumors and official teasers, Xiaomi has today officially launched the Mi Band 4 fitness band (two variants: NFC and Standard), at an event in China. The all-new band is a successor to the popular fitness band, the Mi Band 3, and includes a series of hardware improvements and features like a 39.9% bigger AMOLED, colored display with a 2.5D glass, NFC support, up to 50 meters water resistance, and more. 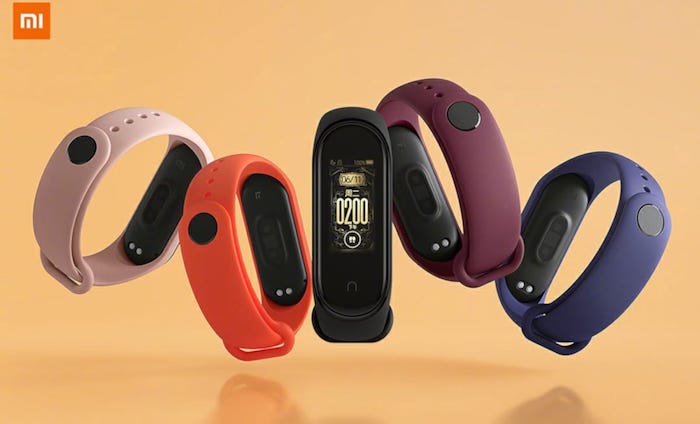 The Mi Band 4 features a 0.95-inch colored AMOLED display, which is around 39.9% bigger than the previous model, has a 2.5D glass on top and offers a 240 x 120 pixels screen resolution. It offers up to 5ATM (50 meters) of water resistance, and NFC support to allow users to make payments through AliPay and WeChat Pay. In terms of activity tracking, the band features 6-axis high-precision sensors that can easily recognize different types of swimming strokes including Freestyle, Backstroke, Butterfly stroke, and Medley, along with the ability to track 6 different sport modes like indoor running, outdoor running, exercise, swimming, cycling, and walking. In addition, the band also comes with support for Xiao AI voice assistant, which can be triggered to control Xiaomi’s IoT devices.

Was this article helpful?
YesNo
TechPP is supported by our audience. We may earn affiliate commissions from buying links on this site.
Read Next
With Redmi A1, is Xiaomi Resurrecting the Android One Dream, but Without Google?
#Mi Band 4 #xiaomi