When it comes to e-book readers, you can choose between the Kindle…and another Kindle…and perhaps yet another Kindle. That is not to say that there are no other players in the e-book reader market, just that Amazon pretty much bosses it at the moment. And it does not seem content to rest on its laurels, which is why it keeps tweaking the design and features of its e-book reader range. The latest to get a bit of a makeover is the base variant of the Kindle, now called the “All New Kindle” in keeping with Amazon’s tradition of slapping the “All New” prefix on the latest edition of its devices. 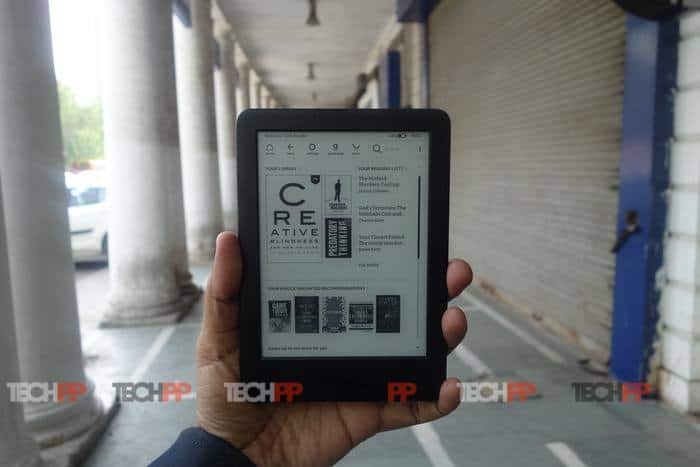 Though not much seems to be new on the surface. Amazon seems to be trying new design touches mainly with its Oasis range, and even tweaked the Paperwhite a little, giving it a flush-against-bezels display. But when it comes to the base model, it seems to prefer to keep the waves of change below a familiar hood. At first glance, the All New Kindle seems pretty much like the Good Old Kindle with the same raised, large bezels and the slightly recessed display (unlike the ones on the others which are flush with the sides). And unlike in the case of the Oasis, Amazon has not changed the size of the display – it stays at six inches. It also remains the most compact Kindle – it is slightly shorter than the Paperwhite and less wide than the Oasis. At 168 grams, it is also the lightest, although it is not water resistant like those two. It is not going to turn heads with dazzling design. It is not super compact but sturdy while being of the right size to slip into a bag or an overcoat pocket. This is pretty much a standard, basic Kindle. 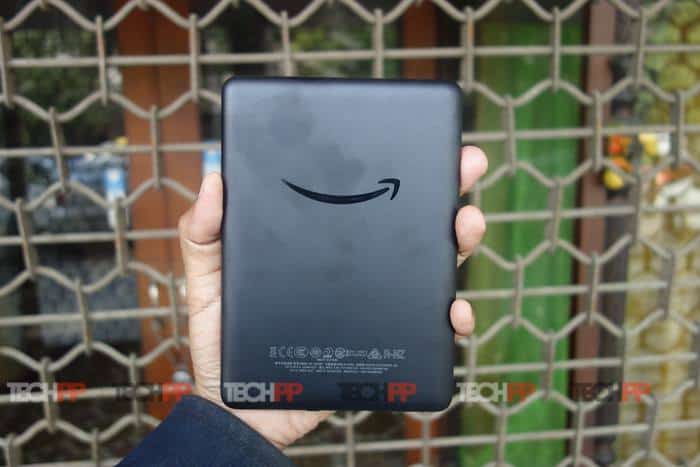 That is until you realize that it actually has something that the basic Kindle always lacked – lighting. Amazon has always kept lighting limited to its Paperwhite, Voyage, and Oasis editions, allowing e-bookworms to read even in the darkness. However, with the All New Kindle, this restriction has disappeared. Amazon has called its lighting system “frontlit” rather than “backlit” to highlight the fact that the lighting has been placed in a manner to ensure that it falls on the letters on the display rather than the eyes of the reader. There are four LEDs on the new Kindle to ensure that you can read in the dark as well, which is a tad lesser than the five on the new Paperwhite but the difference is not noticeable – you will be able to read comfortably in the dark with this one, although there is no inverted mode to let you read against a black backdrop (dark mode as they call it nowadays), as there is on the other new models.

What IS noticeable, however, is the fact that at 167 PPI, the e-ink display of the All New Kindle is well behind the 300 ppi one of the new Kindle Paperwhite. Does that make a big difference? Not if you are sticking to basic text reading, but bring images into the picture (pun intended) and the difference literally jumps out at you, with details being visibly sharper and much greater overall clarity. If you are a graphic novel fan, this Kindle might not be the one for you. The battery life is also significantly lesser than what we got from the new Paperwhite – while that lasted 7-10 days on a single charge with roughly a few hours of reading every day, the All New Kindle will need to be recharged once a week at least. Amazon says the All New Kindle will last about four weeks on a single charge, but then that is based on about half an hour of reading per day. For the record, the new Kindle Paperwhite gives six weeks in the same conditions.

(Note: if that is all the time you devote to reading, do NOT buy a Kindle).

While on the subject of charging, we really think it is about time Amazon addressed the charging speed of the Kindle – it takes between three to four hours using the cable in the box (it charges over microUSB). There is also lesser storage to go around – the All New Kindle tops out at 4 GB, unlike the 8 GB and 32 GB available on other variants, but then that’s hardly a deal-breaker when you consider that you can get hundreds of books even on 4 GB (all your purchases are stored free online incidentally on the cloud). 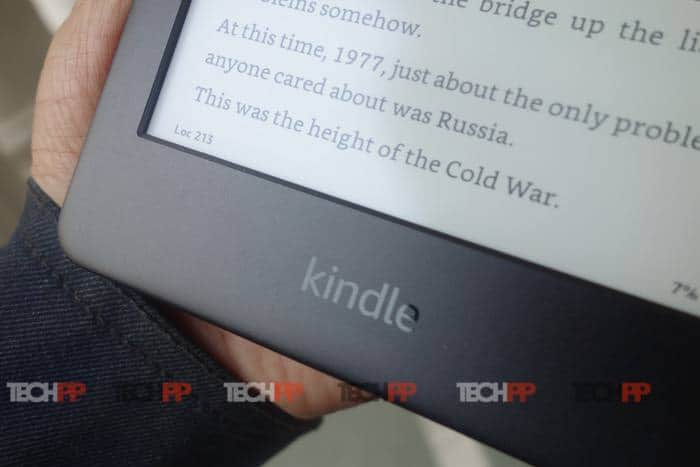 And actually, that is the core strength of the Kindle, which pretty much remains intact on the new model. It gives you access to the Kindle Store, which is open round the clock, allows you download free samples of books and of course, books themselves: share excerpts with others on social networks; mark out highlights and check word meanings and the like even while reading. No, the touch is not as sensitive and speedy as it is on Android and iOS devices but is decent enough when it comes to page turns. Get into the typing zone, however, and the lags start to creep in. Honestly, the All New Kindle is also a notch slower than the Paperwhite and the Oasis.

Also Read: The “Dude, Which is My Kindle” FAQ: The Kindle Buying Guide

At times, it can seem so sluggish that you end up tapping something multiple times and then see a number of (largely unintended) events happening. Once again, it is not a dealbreaker as this is more of a content consumption device, but we really really REALLY wish Amazon would bring that QWERTY keyboard back. There is Bluetooth on board for support for the screen reading option, which comes under accessibility, but there is no 4G connectivity – you are going to have to use Wi-Fi to access the Kindle Store (although again we do not see that as a major deal-breaker, given that most people have smartphones that can double up as decent Wi-Fi hotspots). 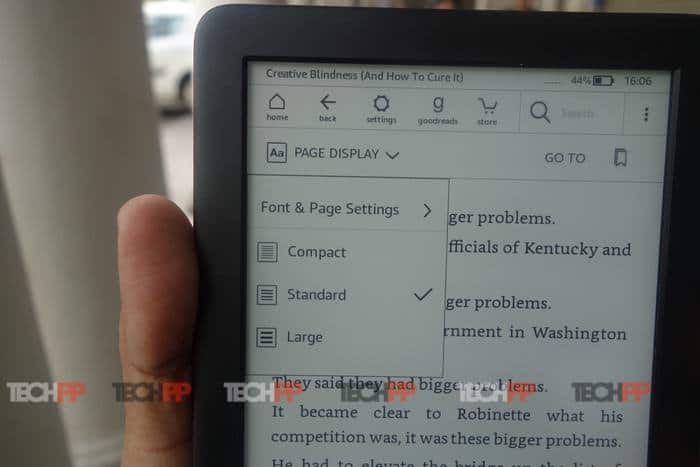 So, it isn’t quite the Paperwhite. But then it actually isn’t (duh!). So that does not really harm the All New Kindle’s cause. What it is is definitely the best option you can get if you want to dip your toes in the e-book world. It works smoothly enough, for the most part, has good battery life and in our opinion, delivers the best of the Amazon Kindle Echo-system to you – the accessibility to books, the smooth cloud integration and the ability to read and carry hundreds of books with you in a device that weighs about as much as a regular paperback.

Also Read: Why the Kindle Won: 7 Reasons I Switched from Paper to Digital

Amazon has been gently increasing the prices of its new Kindle devices. Both the All New Paperwhite and Oasis received gentle price bumps, and the All New Kindle gets one too. It is available at Rs 7,999. That puts it ahead of the Rs 5,999 of the previous base model while keeping it well behind the Rs 12,999 price tag of the new Kindle Paperwhite. We still think the Paperwhite is the best value for money Kindle around (even if you go for the previous editions, which are available at lower prices) if you really want to do some heavy-duty e-book reading, but if you are just starting out with e-books and/or are on tight budget, the All New Kindle will do very nicely for you.

Buy the All new Kindle

Review Overview
Was this article helpful?
YesNo
TechPP is supported by our audience. We may earn affiliate commissions from buying links on this site.
Read Next
Skullcandy Mod Review: Betting on doing the basics well
#Amazon Kindle #kindle #review