Today, at the Huawei Developer Conference (HDC – 2019) in Dongguan, China, Huawei has unveiled its in-house operating system, HarmonyOS (Hongmeng OS in China). The OS has been rumoured to be in the development phase since a long time and is a part of the company’s backup plan soon after the US imposed a trade ban on the Chinese companies. Huawei says that its new OS is a microkernel-based distributed OS, which has been designed to offer a seamless user experience across all devices. 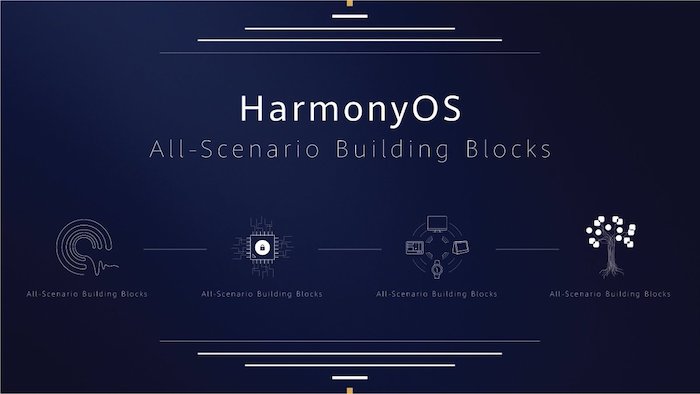 Explaining the need for a new OS, Richard Yu, CEO of Huawei’s Consumer Business Group, said, “We’re entering a day and age where people expect a holistic intelligent experience across all devices and scenarios. To support this, we felt it was important to have an operating system with improved cross-platform capabilities. We needed an OS that supports all scenarios, that can be used across a broad range of devices and platforms, and that can meet consumer demand for low latency and strong security.”

He further went on to describe the OS and made it clear how it differs with two of the most popular OSs in the market, Android and iOS — emphasizing that the OS is based on secure architecture and supports seamless collaboration across devices, making it possible to develop an app only once and deploy it across different services. As of now, the company is focussed on showcasing the new OS working on a range of smart devices like smartwatches, smart screens, in-vehicle systems, and smart speakers to establish an integrated and shared ecosystem across devices, which, eventually, could further extend to smartphones.

Huawei says it has designed HarmonyOS with focus on four different technical features to offer an intelligent and seamless user experience to its users.

2. Smooth – To make the performance smooth and deliver uninterrupted service, the OS address underperformance challenges with a Deterministic Latency Engine and high-performance Inter-Process Communication. These adoptions help in setting task execution priorities and time limits for scheduling tasks, which claim to reduce the response latency of apps by 25.7% and increase the IPC performance efficiency by up to five times.

3. Secure – The HarmonyOS uses a new microkernel design that comes with enhanced security and low latency. For the uninitiated, a microkernel is the least-amount of software that can provide the essential mechanisms needed to implement an OS. The microkernel design on HarmonyOS uses formal verification methods to perform various kinds of verifications and simulations on a Trusted Execution Environment (TEE) to validate the overall security of the system. 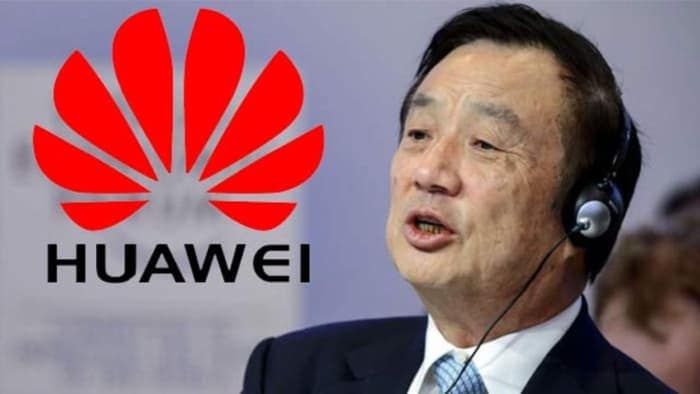 US ban will not lead to negative growth: Huawei CEO
Read More

4. Unified – The multi-device IDE, multi-language unified compilation, and distributed architecture kit on HarmonyOS allow it to be adaptable to different types of devices and create an integrated ecosystem of devices by creating an app only once and deploying it across multiple devices. Further, to improve developers’ productivity, the Huawei ARK Compiler also comes into the picture and allows developers to compile a broad range of advanced languages (including C/C++, Java, and Kotlin) into machine code in a single, unified environment.

5. Huawei claims that HarmonyOS will support HTML5, Linux, and Android apps in the future. 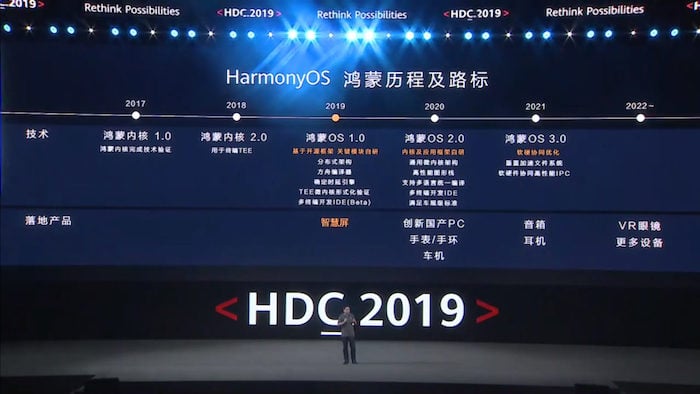 At the conference, Huawei laid out its roadmap for HarmonyOS and its microkernel. According to which, the first build for HarmonyOS, HarmonyOS 1.0, will be first adopted in its smart screen products, which are due for launch later this year. Further, after being optimized and developed over the next three years, the OS can be seen on a wide range of smart devices, including wearables and Huawei Vision.

As has been the case with most systems, the open-source nature, most of the times, entices users and helps in creating huge popularity and in turn, higher adoption. Following this path, Huawei has said that it is planning to open-source HarmonyOS to encourage broader adoption and also establish an open-source foundation and an open-source community to support more in-depth collaboration with the developers.

Besides these, talking about apps, the company has shed light on its plans to lay the foundations for HarmonyOS in the Chinese market initially and then, eventually, expand it further to the global ecosystem. It has also shown its intent on focusing on providing value in areas such as connectivity, cameras, and AI.

As for the current scenario, Huawei will continue using Android on its smartphones. And it will be hard to predict when it plans to replace it with the HarmonyOS. But, it will be interesting to see the first looks of the OS, which the company plans to show off on its Honor Vision TV at the ongoing conference tomorrow.

Was this article helpful?
YesNo
TechPP is supported by our audience. We may earn affiliate commissions from buying links on this site.
Read Next
NothingOS Made Me Realise How Much Overrated Pixel UI Is
#android #Harmony OS #HarmonyOS #Huawei