Alongside the Redmi Note 8 series, Xiaomi has also launched the Redmi TV at an event in Beijing, China. The TV is available in a single, 70-inch option, and marks Redmi’s foray into the TV segment. It’s simply called Redmi TV 70. Xiaomi has priced the Redmi TV quite aggressively to lure more consumers into upgrading to a smart TV, and it starts at just 3,799 yuan (~ USD 531 / INR 38,151). 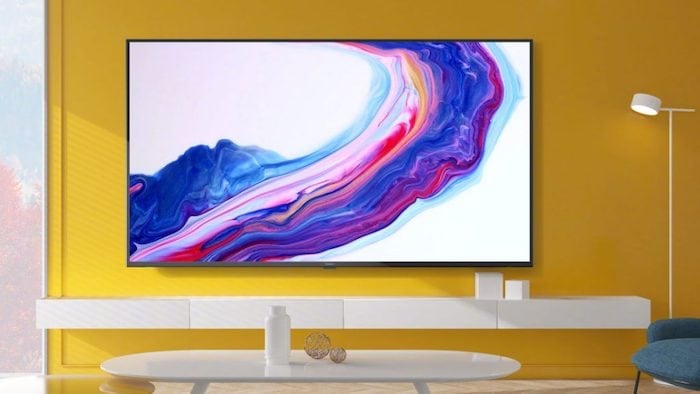 With that out of the way, here are some of the highlights of the all-new Redmi TV:

The TV sports a massive 70-inch 4K LED panel (backlit) with a screen resolution of 3840 × 2160 pixels, HDR 10, and 178-degree viewing angle. It has bare minimal bezels around it and can either be wall-mounted or put on a tabletop.

The Redmi TV has a 1.5GHz Quad-Core 64-bit Amologic Cortex A53 processor with 750MHz Mali-450MP3 GPU running under the hood, paired with 2GB of RAM and 16GB of internal storage.

In terms of connectivity, the TV comes with Bluetooth 4.2, dual-band Wi-Fi 802.11ac (2.4GHz / 5GHz), and three HDMI and two USB ports. Additionally, it also comes with a Bluetooth voice remote control for quick and easy access.

The TV comes with Dolby Audio and DTS HD, and also offers support for formats like H.264, Real, MPEG1/2/4, etc. It runs on Xiaomi’s own PatchWall OS, which is the same operating system used on the Mi TV 4 series in India.

The stand-out thing that is raising some eyebrows is the pricing for the Redmi TV 70. Xiaomi has, to some extent, completely taken aback a lot of its competitors, by pricing the Redmi TV 70 at just 3,799 yuan, which translates to USD 531 or INR 38,151.

The Redmi TV 70 is slated to go on sale in China starting September 10. As for its launch in India, the Redmi GM says that the TV will surely make its way to India. But, as of now, we do not have a fixed date.

With Xiaomi already having its existing lineup of smart TVs under the Mi-series, which apparently, is doing good in the market, it is not very clear why the brand wants to branch out and introduce a completely new lineup of TVs with not many differential features (other than price).

Disclaimer: The editor of this site is in Beijing on the invitation of Xiaomi.

Was this article helpful?
YesNo
TechPP is supported by our audience. We may earn affiliate commissions from buying links on this site.
Read Next
Eight years, Eight times Xiaomi surprised us with the Redmi Note
#Patchwall #Redmi TV #xiaomi