“Look, I know there are others that can take a better picture, but somehow when it is important, this is the one I turn to.”

Those were the words of a friend when she was asked why she kept using the iPhone XS to take pictures a few weeks ago, even though there were (allegedly) phones with better cameras around. The very implication that there are phones that can take better pictures than the “Godphone” might outrage some Apple fanboys, but the fact is that every month that passes after the launch of a new iPhone sees the arrival of at least one device that claims to be better than the iPhone in the camera department, and generally serves up proof in the form of camera samples shared in a presentation or social networks. And well, to an extent, their claims are justified, for the simple reason that as time passes, technology tends to improve, and other brands (naturally) cash in on this. 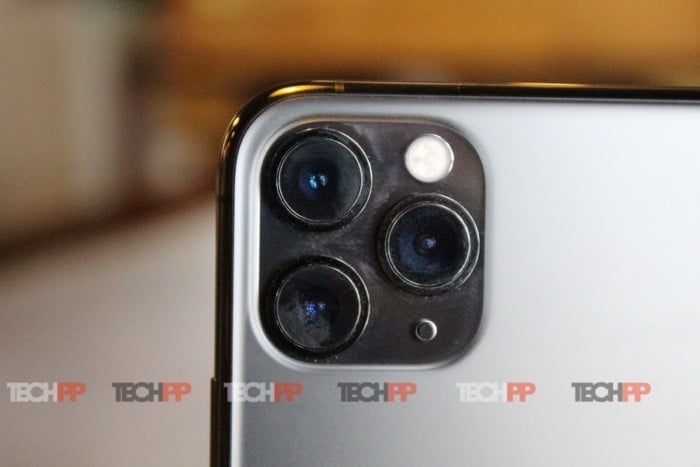 So for instance, within a few months of the launch of the iPhone XS, there were a number of phones claiming to be better than the iPhone when it came to cameras – the likes of the Pixel, the Huawei P series, Samsung’s S series, a few others. In fact, Xiaomi was even comparing the 48-megapixel shooter on its Redmi Note 7 Pro which cost a fraction of the iPhone XS with it.

Unlike mainstream users, my friend is a tech reviewer and therefore often has access to newer devices. She could have opted for any of those devices. And could have got potentially better photographs.

And yet she kept going back to her iPhone. Why? Well, actually it is simple. And yet a little complicated. Let me use a football simile to illustrate.

In football, when you talk of the greatest players, you inevitably talk of the most skilful players or goalscorers. Players capable of doing the unthinkable and the spectacular. Names like Lionel Messi, Cristiano Ronaldo and Paul Pogba come to mind. The ones who can literally transform the game in the blink of an eye.

And yet, ask most football coaches (not fans, let me clarify right now), which player they really value, and the answer is likely to be a player who is not just good but is consistently so. They might not leave you shell shocked with their brilliance but will quietly keep delivering the goods, time and again. They might not attract as much attention but are actually more important to the team than the much-lauded geniuses, simply because instead of giving you brilliant sparks of genius, they deliver a flame of consistency. They are often nicknamed the playmakers – the players who organise an attack and keep the game flowing. 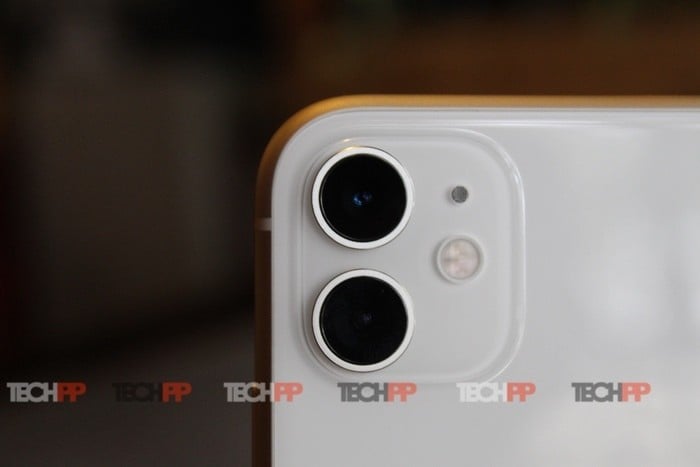 Right from the first iPhone, which had a measly 2 megapixel camera, which could not even record video, the camera on the iPhone has known for one key virtue – consistency. Even back in 2007, I remember turning to the iPhone rather than the Nokia N95 for routine shots, simply because I sort of almost always knew what I would get: a speedy and decent shot. Yes, the N95 was brought out whenever something special was needed, but the extent to which I kept going back to the iPhone surprised even me. It was just more convenient. Because you knew what you were going to get with it – and while what you got was not earth shattering, it more than met your requirements, and was surprisingly quick and very consistent. 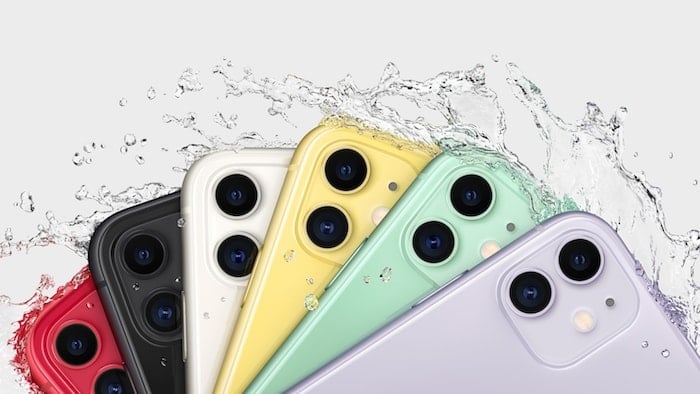 iPhone 2007 to 2019 edition: Why the iPhone remains special!
Read More

The years that followed saw the camera on the iPhone get significantly better, so much so that by the time the iPhone 4 came along (in 2010), Apple was laying claim to having the best camera on a phone. It might not have been that good but it definitely made the iPhone a contender in the camera stakes and suddenly presentations that compared phone camera performance to that of the iPhone became an integral part of tech presentations. What has followed has been a period in which the iPhone’s camera has gone from being a contender to pretty much a ruler (well, at least for a few months following its launch), with much better picture quality – picture quality that has made #ShotOniPhone a campaign across billboards for years now.

But what has not changed is the sheer consistency of the iPhone’s camera. A Pixel 3 XL might deliver much more detail, a Galaxy Note 9 might handle glare better, a OnePlus 7T might give your a much higher resolution, a Huawei P30 Pro might give you eye-popping zoom, but there is a decent chance they might deliver something that is not quite what you expected – hey, there is a chance that it might be better than what you expected, but there is a certain uncertainty in the mix. 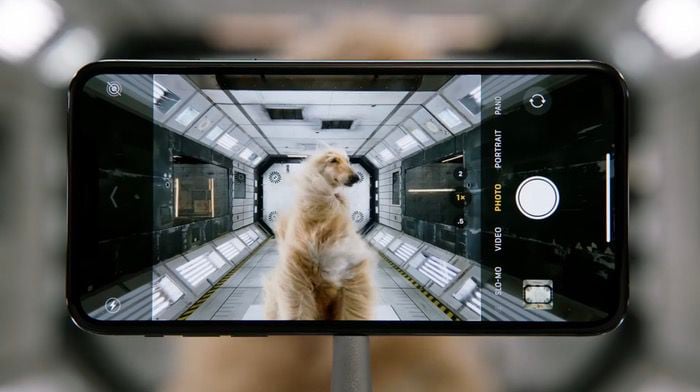 An uncertainty that does not exist in the iPhone (unless you are dabbling in that Portrait Mode, which is as predictable as a White House statement on the death of a terrorist). And that holds true even now – hey, we are reviewing the 11 and 11 Pro and can tell you that they are spot on in that department (our reviews are coming up shortly, incidentally). Does it have to do with the iPhone’s alleged commitment to “realism”? We don’t know. What we do know is that it simply is the best blend of consistency and image quality around. And has been so for a while. Its competitors keep harping on the image quality, but to be brutally honest, camera technology has now reached a stage when a Rs 15,000 phone’s camera can run that of a phone that costs five times as much or more very close, given the right set of circumstances (and by “circumstances,” we do not mean “photoshopping”). It is the iPhone’s consistency that makes it special. The image quality is important and almost hygiene now, but it is the consistency that marks it out. In THAT department, it is actually DSLR-like.

Which is why when we know there is just one shot that can be taken, we still tend to reach for the iPhone. Will it take the greatest possible shot? Perhaps it won’t. But we are assured that it will in most cases take a decent one. And sometimes that is exactly what one needs. Especially when conditions are not ideal, and an assured minimum quality is more important than an uncertain maximum. As my mum says, “Pasta twice a week is wonderful. But there is nothing to beat good old curd and rice with some pickle every day!” 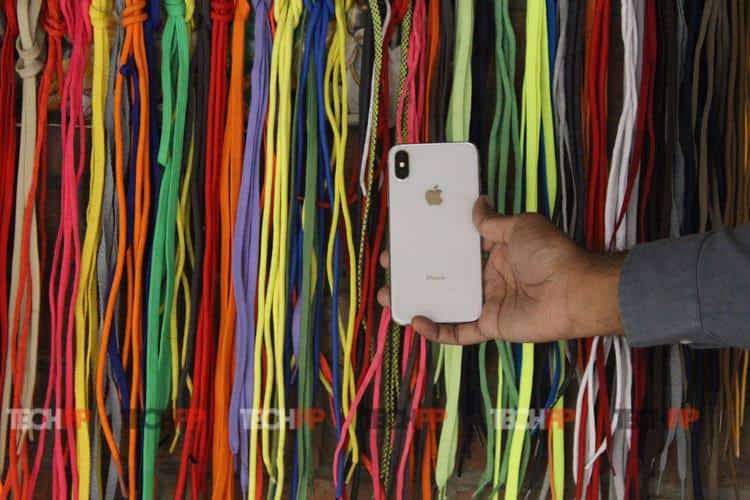 There are many stars in the mobile phone camera world. And every day sees more being added – there’s talk of a 108-megapixel sensor even as this is being written. We have no doubt that there will be sample shots showing how it is superior to the iPhone 11 Pro. And in fact, no matter how many phones get released from now until August 2020 (at least), we can be fairly sure most brands will be looking at the iPhone 11 Pro as the benchmark – a benchmark many will claim to beat, but a benchmark nevertheless. But unless something amazing happens (and we would really be happy if it does), we think we will find a number of people still reaching out for their iPhones when they know they have just one shot to take.

Because you need common sense more often than you need a genius.
Because a simple pass is often more important than a brilliant shot at goal.
Because sometimes a simple text message is more important than a long extravagant e-mail.
Because while a Master Chef contestant will deliver a terrific dish, you will more often be happy with mum’s plain curd and rice (with some pickle). 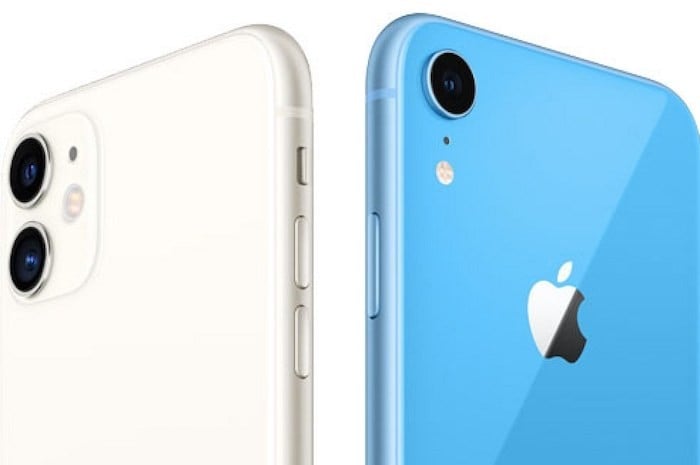 Let’s go back to the football.

Lionel Messi, of Argentina and Barcelona, is considered by many to be the best football player in the world. The man is capable of weaving magic with a football at his feet. And yet the man who many consider to be the greatest at his craft in the world inevitably looked up to a player who perhaps did not have the same level of ability as his own, but had the amazing knack of simply doing the right thing almost every time – Andres Iniesta. He would not do something outrageously brilliant, but would often do enough to get matters in control once again. The playmaker supreme – he almost always touched the ball the most in a game, simply because everyone turned to him to guide things. Messi would say of him very famously:

“On the pitch, I like him to be near me, especially when the game takes a turn for the worse, when things are difficult. That’s when I say to him: ‘Come closer.’ He takes control and responsibility.”

Now just read once again what my friend said about the iPhone’s camera at the beginning of this article. See what I mean?

Its image quality can be matched. It does not have the most shooting options. Or the largest sensors. Or megapixel count. Or even the most cameras. Many of the trends it launches can be (and often are) imitated and improved. But the iPhone cameras’ true strength is not any of these individually – it is how it makes the most of what it has, and delivers a quality result. Again. And again. Efficiently. Effectively.

To use a phrase that is much-loved at Apple: It just works.

In a world full of phone camera superstars, the iPhone is the playmaker.

Was this article helpful?
YesNo
TechPP is supported by our audience. We may earn affiliate commissions from buying links on this site.
Read Next
NothingOS Made Me Realise How Much Overrated Pixel UI Is
#apple #iphone #iPhone 11 #Opinion #Photography