Earlier this year at Google I/O, the company announced that it soon be replacing Android Auto on phones with an alternative it calls, ‘Assistant Driving Mode’. It said that this alternative solution would go on to replace Android Auto on phones, while Android Auto would still continue as a separate entity for car head units. However, the Assistant-based feature got delayed, and in September, Google announced that it would release a standalone app for the same. And the app has just hit the Play Store. 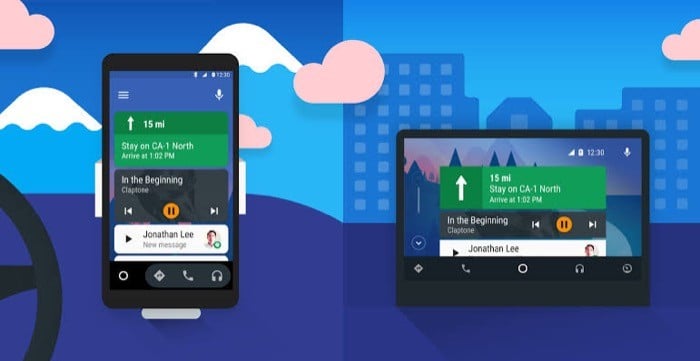 To give you some background, back when it announced Assistant Driving Mode, Google did not provide a release date for the same. It was just expected to release the feature before Android 10 launches. Unfortunately, that did not happen, as it seems that the app is still under development.

But why is Google releasing an alternative? Well, since Google was confident about its timely release of Assistant Driving Mode (before Android 10 went official), it broke Android Auto on Android 10 for some users. Essentially, the app icon started to disappear from the home screen for some users, making it difficult for them to access Auto.

To curb this problem, Google came with an alternative in the form of a standalone app that would offer Android 10 users without Auto-compatible head unit access to Android Auto. Google calls this new app, ‘Android Auto for Phone Screens’, and it is now available for download on the Play Store. Basically, the app adds a shortcut on the home screen of the phone to restore access to Auto. The app, although pretty identical to Android Auto, features a phone icon at the bottom right, which is the only way to tell them apart. With the new app, users can simply launch the app, as they would do with other apps, and access the entire Auto experience like earlier.

The Android Auto for Phone Screens app is only compatible with a few Android 10 devices. And in case you already have access to the old Android Auto app, you don’t need to get the new app. On the other hand, if updating to Android 10 broke Android Auto on your device, you can restore it by simply installing the app from the Play Store here. In case, for whatever reasons, you can’t access the app from the Play Store, you can download and install the apk directly via APKmirror.

TechPP is supported by our audience. We may earn affiliate commissions from buying links on this site.
Read Next
How to Enable or Disable Smart Compose on Gmail
#Android Auto #Android Auto for Phone Screens #google