It is that time of the year when research agencies submit reports of brand performances in the previous quarter, and after Counterpoint released its statistics for the third quarter of 2018 for the Indian smartphone market, it is now the turn of IDC to do so. IDC’s Quarterly Mobile Phone Tracker has now come out with its figures for the third quarter of 2019. And well, they do make for some very interesting reading. Here are seven facts that in particular jumped out from the report:

For all the talk of an economic slowdown, the Indian smartphone market is still growing briskly. A record 46.6 million units were shipped in Q3 2019, representing a 26.5 percent increase over the previous quarter (quarter on quarter) and 9.3 percent over the same quarter (year on year) last year. IDC attributes this to “multiple online sale festivals, new model launches, and price corrections on a few key models by various brands.” Which of course, takes us to the little market of online retail, which is not quite so little anymore,

India has mainly been an offline retail market when it comes to smartphones, but that era could be coming to an end if Q3 2019 is any indication. As per IDC, the increasingly aggressive stance of online platforms in the form of offers ranging from cashback and buyback schemes as well as no-cost EMIs, took the share of online channels to 45.4 per cent of the total market (a year on year grown of 28.3 per cent), bringing it almost on even keel with traditional retail. We sense a shift in the retail air.

Battle for number 2…should Samsung lookout?

Moving into the zone of individual brands, the quarter saw each of the top five brands increase their shipments, with one very notable exception – Samsung. The former smartphone numero uno remains at number two in the Indian market with a share of 18.9 percent (8.8 million units) but this represented an 8.5 percent year on year drop. It also now has two brands breathing down its throat – Vivo and Realme, both of which registered impressive year on year growth, 58.7 percent and 401.3 percent, respectively, to be within striking range of Samsung. The Galaxy A50 has done well for Samsung and evidently, the Galaxy M30s has had a strong opening too, but the Korean giant needs some big winners to ward off the competition for its number two spot. 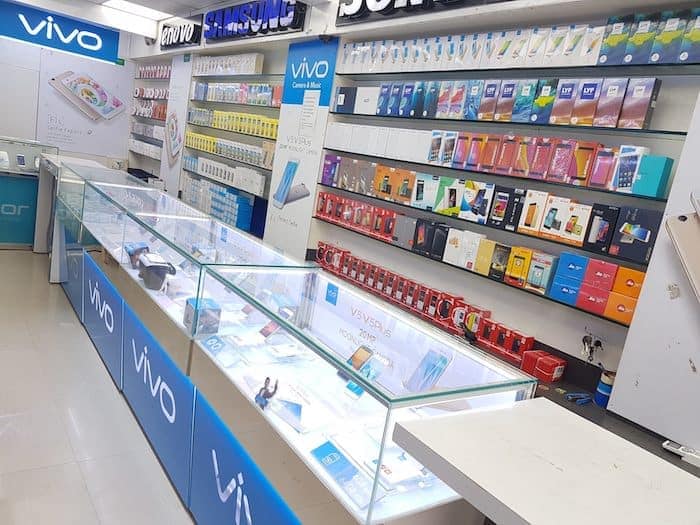 There’s a battle for 3 too Real(me)ly

The two contenders who have got Samsung in their sights are not just fighting over the number two slot in the market, but the number three one as well. Currently, it is occupied by Vivo with a 15.2 percent share (7.1 million units), thanks to strong sales from its Y, Z and U series. But not too far behind is the fastest growing brand out there (401.3 percent year on year), Realme with 14.3 percent share (6.7 million units), buoyed by the sales of the C2, 5 and 3i (and a 26.5 percent share of that online market). And actually even the brand at the fifth spot, Oppo registered a phenomenal year on year growth of 92.3 percent, ending up with 5.5 million units and an 11.8 percent market share, with its A5s being one of the most shipped smartphones of the quarter. The difference between the number three brand and the number five brand is 1.6 million units. Watch this space for shifts, we say.

While there is a fair degree of competition going on for the second and third spots in the charts, there is no disputing which the number one smartphone brand in the country is. Xiaomi’s market share might seem to have dipped year on year from 27.3 percent in Q3 2018 to 27.1 percent in Q3 2019, but its shipment numbers were up by 8.5 percent to 12.6 million. That is well ahead of Samsung’s 8.8 million. Incidentally, there is a greater gap between Xiaomi and Samsung (3.8 million) than there is between Samsung and the number five brand, Oppo (3.3 million). Of course, the Note 7 Pro and the Redmi 7A were bestsellers for the brand, but what is surprising is that as per the report – and against popular perception – the Redmi K20 series actually ran up decent numbers and gave Xiaomi traction in the USD 300-500 segment. Xiaomi, incidentally, was a dominant player online, with a share of 40 percent and having four of the five bestselling models online. 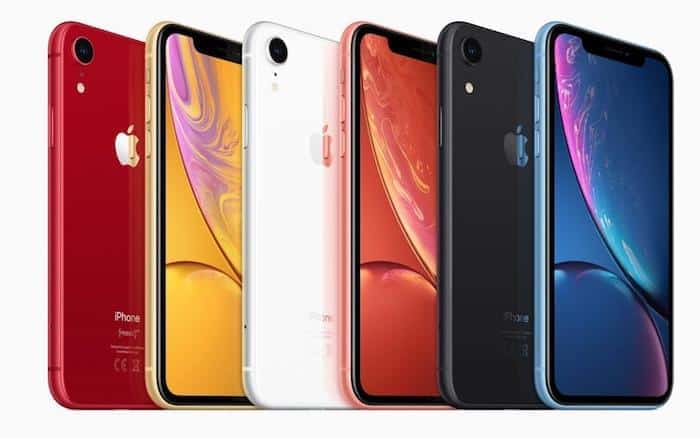 Apple is boss of Premium!

Apple has been putting on an improved show in the Indian market, thanks mainly it would seem to a lower-priced iPhone XR. As per IDC, the brand was not only the number one brand in the premium segment (above USD 500) but was a very dominant one – in fact, every second smartphone sold above USD 500 was an Apple one. The brand had a 51.3 percent share in Q3 2019. The XR, iPhone 8 and iPhone 7 (128 GB) were its star performers as was the iPhone 11 series.

Still a low-end market, but other segments are growing

The Indian smartphone market remains a mainly low priced one, with the low price segment of USD 200 accounting for 80 percent of the phones sold in the market – the average selling price of a phone in the market is USD 159. However, its share is declining (by 5 percent year on year). The mid-segment, which IDC defines as in the price range of USD 200-500, gained six percentage points to reach 18.9 percent. The USD 300-500 segment doubled itself year on year, while the USD 200-300 grew 47.8 percent year on year. More people are moving towards the mid-segment clearly, although the market overall remains an overwhelmingly sub USD 200 one!

Was this article helpful?
YesNo
TechPP is supported by our audience. We may earn affiliate commissions from buying links on this site.
Read Next
Nothing Personal, Just Business: The Pixel 6 No-show in India
#IDC #india #Smartphone Market #Stat Stories