Realme, one of the fastest-growing brands in India with a wide range of devices catering to different needs of consumers, has today announced the roadmap for its customized UI based on ColorOS 7 and Android 10. With Oppo, all set to announce the new version of ColorOS, the ColorOS 7, in India on November 26, we have Realme preparing for the roll-out of a customized version of ColorOS 7. The all-new customized UI will start rolling out to Realme devices beginning January 2020 with new customization options that add to the close to stock-Android experience features.

According to Realme, the customized UI (let’s call it Realme UI for now) will include all the features from the ColorOS 7 and will offer users with a smoother gaming graphics, better RAM management, and more customization options for better video and vlogging experience. What’s exciting is that the customized UI will feature a system-wide dark mode, which can be seen across a wide range of smartphones these days. Besides these, the Realme UI will also offer basic customization features such as the ability to change app icons, shape and size, and fonts. Realme says that with the new UI, users will get to enjoy a seamless user experience along with a few special features that make the experience close to stock Android. 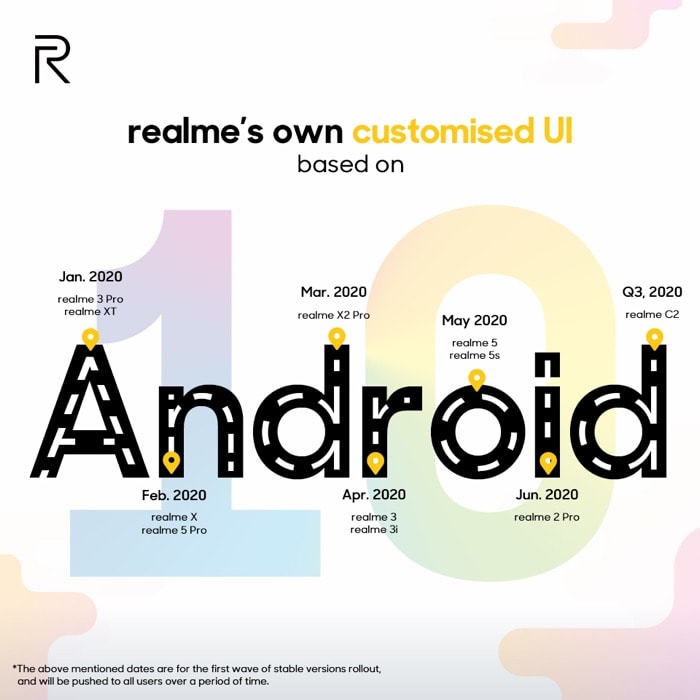 Users having the latest flagship from Realme, the Realme X2 Pro, can get a sneak-peek into the latest software with a special Beta version of ColorOS 7, which will be released on December 18. Similarly, Realme XT users, who participated in the ColorOS 6.7 program, will also receive ColorOS 7 updates starting November end.

The Beta program for ColorOS 7 starts on November 27, specifically for the Realme X2 Pro. Interested users need to fill in their application on the realme community page, after which selected users will be given a chance in the Beta testing program. Similarly, Beta testers from Realme X2 Pro, Project X, and Realme XT ColorOS 6.7 Beta program, who have proven themselves to be valuable Beta testers, also get to lay their hands on the ColorOS 7 Beta testing program. A list of all the selected Beta testers will be released on December 9, which will be followed by two months of testing, starting December 18, 2019, to February 2020.

Was this article helpful?
YesNo
TechPP is supported by our audience. We may earn affiliate commissions from buying links on this site.
Read Next
Realme 10 Pro+ 5G Review: Good Phone, But the Camera Could Be Better
#Android 10 #ColorOS 7 #Realme #Realme UI