Motorola has today announced a new smartphone in its One-series. Called One Hyper, the smartphone is the latest mid-range offering from the company and the first to come with a pop-up selfie camera. Besides the 32MP selfie camera, some of the other highlights of the One Hyper include a Snapdragon 675 processor, dual rear cameras, 4000mAh battery with 45W hyper chargin tech, and Android 10. 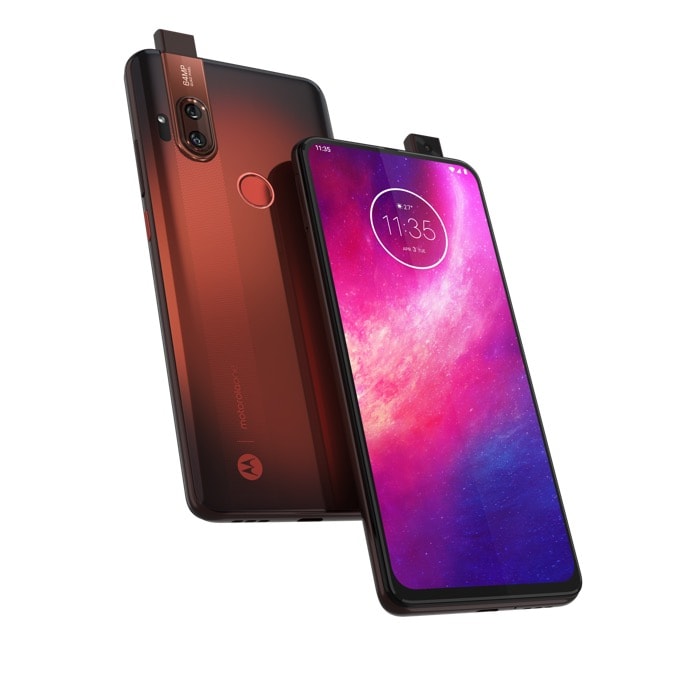 The Motorola One Hyper features a 6.5-inch full HD+ display with a 2340 x 1080 pixels screen resolution, a 90% screen-to-body ratio, and no notch. Yes, the phone does not have a notch to house the front camera. Instead, it relies on a pop-up mechanism that brings up the front-facing camera every time you want to click a selfie.

At its core, the One Hyper is powered by a Qualcomm Snapdragon 675 processor, coupled with 4GB of RAM and 128GB of onboard storage (expandable using microSD card). To power the device, there is a 4000mAh battery (with support for 45W hyper charging), which the company claims to provide up to 38 hours of continuous use on a single charge. Besides this, it also has a 3.5mm audio jack and USB Type-C. On the software front, the phone runs on Android 10 out of the box.

For optics, the Motorola One Hyper sports a dual-camera setup on the rear. The setup includes a 64MP primary sensor with f/1.8 aperture and an 8MP secondary depth-sensing sensor with f/2.2 aperture. Towards the front, the phone includes a 32MP camera for selfies. The camera also comes with the usual set of Motorola camera features to aid with better photography.

Motorola One Hyper: Pricing and Availability

The Motorola One Hyper comes in only one configuration: 4GB + 128GB and is priced at $400 (~Rs 28,608). It will be available in the US starting December 4, with availability in Europe and Latin America sometime later this month.