Gaming laptops are becoming more and more popular due to the fact that they come equipped with powerful specs and since it’s a laptop, it can be carried around in a backpack with ease. We used the Dell G3, the brand’s entry-level gaming laptop for a couple of weeks and put it through its paces not just in terms of gaming. We edited videos, wrote articles and watched a lot of online content, so here’s everything you need to know about the Dell G3 in case you’re planning to get one for yourself. 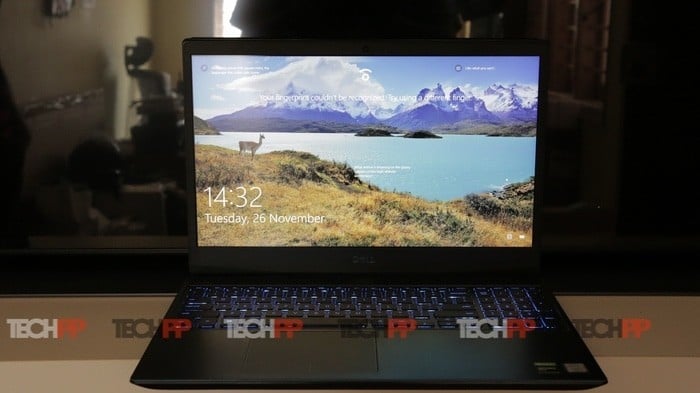 Let’s start off with the way the Dell G3 is built. As the sub-heading says, the G3 is your average gaming laptop in terms of build and design. And by this, we mean to say it’s heavy. The Dell G3 weighs in at 2.5Kgs so make sure your spine is prepared. The laptop is constructed out of plastic and that is the material most commonly used in such laptops. The chassis feels sturdy and does not make any creaking sounds. There is no flex on the top panel even while typing which is a good sign. 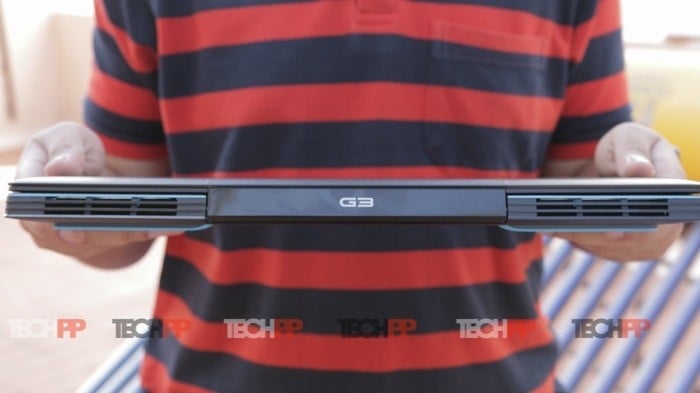 The hinge, however, does not extend from one end to the other completely which might seem concerning in terms of longevity upon first look, but the mechanism itself seems robust. You can lift up the display using one finger from the closed position in case you’re wondering. The display is slightly wobbly due to the smaller hinge but it’s certainly not a deal-breaker. There are blue accents all over the laptop which stands out from a bunch of other gaming laptops that have the typical red accents.

The Dell G3 has a full-fledged keyboard including a Numpad. The key sizes are comfortable, and the key travel is good too. The keyboard is backlit with blue LEDs just like blue accents throughout the chassis. One gripe, though, with the keyboard is that the arrow keys are too small which isn’t the most ideal layout on a gaming laptop. 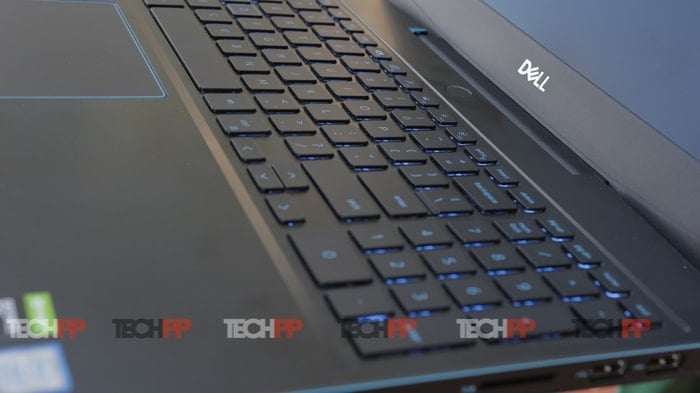 The trackpad is smooth and responsive, and the precision drivers add to the experience. The part of the trackpad that clicks in, however, is slightly mushy and does not offer the best feedback, so we resorted to using tap to click during our usage. If you’re a gamer or edit videos, you will end up using an external mouse anyhow so this shouldn’t matter much to you.

The Dell G3 offers almost every port that you would ideally use. Being a large-sized laptop, a good collection of ports is what you expect and thankfully, Dell isn’t making you invest in any additional dongles. The Dell G3 has 3 full-size USB-A ports – One 3.1 and the other 2.0, accompanied by a USB-C port. There’s an HDMI out, LAN port, 3.5mm headphone/mic jack, a Kensington lock and for all you content creators out there, there’s even an SD card reader. A lot of laptops of late have been skimping out on the SD card reader, so seeing it on the Dell G3 was appreciable. 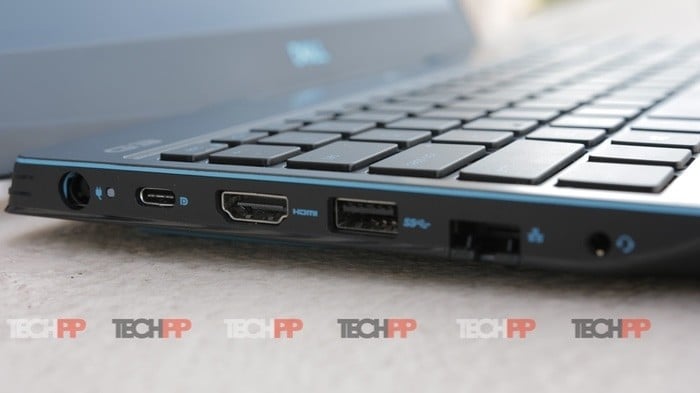 There’s a fingerprint scanner embedded on the power button which is nice and responsive. The G3 has downward-firing speakers which aren’t that loud and output slightly muffled sound when not resting on a completely flat surface. If you listen to a lot of audio on loudspeakers or watch content without earphones, you may be slightly disappointed. There’s a 720p webcam which is decent for the occasional video call.

The 15.6-inch Full HD panel on the Dell G3 isn’t the best in terms of color reproduction or contrast. The matte display helps with cutting out reflections, but viewing content on the display isn’t a great experience. Colors look dull most of the time and that’s probably due to the poor 63% coverage of the sRGB color gamut. Brightness levels are sufficient on most occasions. The bezels around the display are quite thin which attribute to a better look, but since the quality of the display itself isn’t that great, the overall experience is underwhelming.

While it does fall short in terms of display quality, the Dell G3 excels where it is meant to, in the performance department. An Intel Core i7-9750H clocked at 2.6GHz runs the show along with 8GB of RAM and 512GB SSD storage. For graphics, there’s the Nvidia GeForce GTX 1650 with 4GB VRAM. Pretty solid numbers here. And these numbers do translate to great real-world usage. We ran PUBG on high settings and were able to achieve frame rates of about 45-50fps constantly. GTA V at full 1920×1080 resolution ran with a frame rate of 40fps. 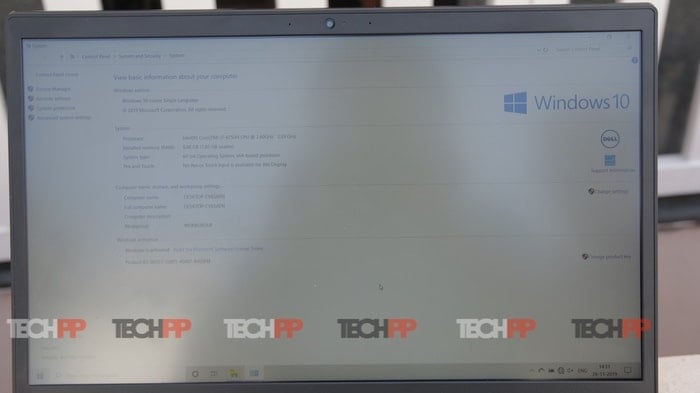 Apart from gaming, we also used the Dell G3 for editing videos on Adobe Premiere Pro where the experience was quite smooth. The reason we say “quite” is because there were frame drops at times when clips were slowed down or if there were multiple video effects added. Rendering times were good too. A 1080p 60fps video, about 10 minutes of duration was rendered in 8 minutes. The Dell G3 delivers what is expected from it and if you’re looking for solid performance, the G3 won’t disappoint. The fans can get loud based on what you’re doing. Not a deal-breaker by any means, just putting it out there. 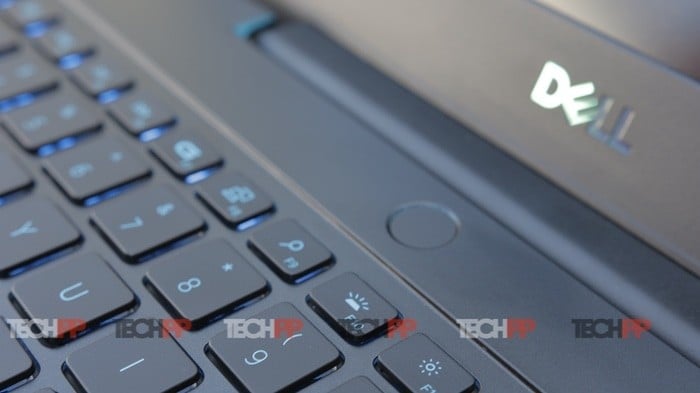 The Dell G3 offers surprisingly good battery life for a gaming laptop. On a single charge, while running on the balanced mode, we were able to achieve up to 4.5 hours of moderate usage. You can go up to 5 hours as well on certain occasions and that’s certainly good for a gaming laptop with such specifications. The charging time was about 2.5-3 hours in our testing and it charges over a barrel input. 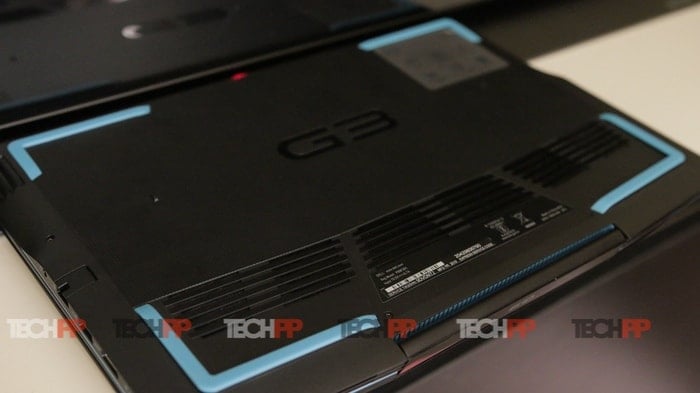 The Dell G3 is a powerful entry-level gaming laptop that offers a good array of ports, great battery life for a gaming laptop, a smooth touchpad, and a well-built chassis. The display is slightly underwhelming, the keyboard is good but with some smaller keys like the arrows, and the biggest factor to consider is price. In India, the variant of the Dell G3 we were sent for review retails for around Rs. 90,000. For that price, you can find something more powerful in terms of a better GPU, or if you want similar specs, options from Asus or MSI are priced much lower for the same hardware.

Whether you should purchase the Dell G3 or not depends on your preference of brands. Dell is generally regarded to be a premium brand associated with quality assurance so if that’s what you’re looking for, you can pick up the G3. If you are open to considering other brands, Lenovo and Asus have better value offerings for much lesser prices, so make sure you look at those options too before taking the final decision.

Was this article helpful?
YesNo
TechPP is supported by our audience. We may earn affiliate commissions from buying links on this site.
Read Next
iQOO 11 5G Review: Does It End Your Quest for the Ultimate Smartphone?
#dell #Dell G3 #Gaming laptop #review