Vivo has today announced two new smartphones in its X-series lineup, the X30 and X30 Pro, at an event in China. The phones are the latest flagships from the company and come with a Super AMOLED hole-punch display, Samsung’s Exynos 980 processor (with integrated 5G modem), 64MP triple rear cameras, in-display fingerprint scanner, and a 4350mAh battery with 33W fast charging. 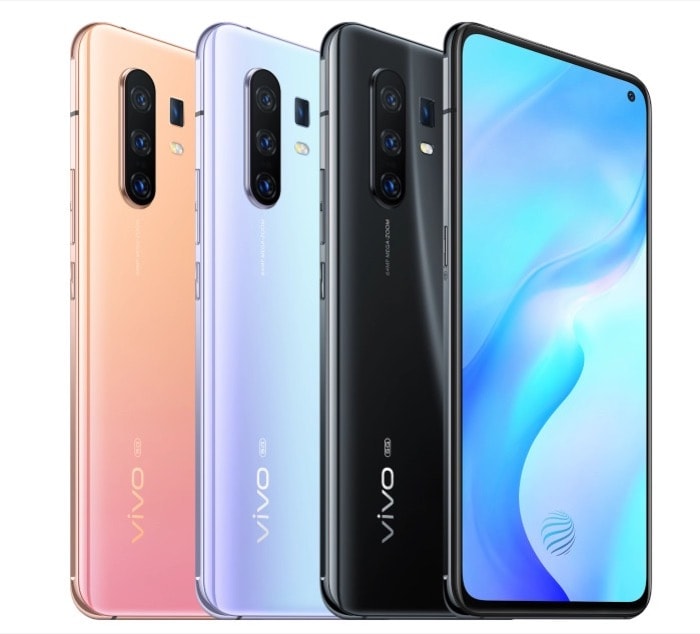 The Vivo X30 and X30 Pro, both come with a 6.44-inch Super AMOLED display with a 20:9 aspect ratio, 2400 × 1080 pixels screen resolution, 1200 nits brightness, and support for DCI-P3 color gamut. In addition, the display also has a hole-punch cutout at the top, which houses the 32MP front-facing camera. The phone comes in three color options: Black, Blue, and Pink.

At its core, the X30 and X30 Pro are powered by the same Samsung Exynos 980 processor, which is an octa-core processor clocked at 2.2GHz, with Adreno 612 GPU. Both phones come with 8GB of LPDDR4x RAM and128GB / 256GB of internal storage. As for other hardware specifications, the phones come with a 3.5 mm audio jack, a USB Type-C port, an in-display fingerprint scanner, and include a 4350mAh battery with 33W fast charging support.

In the camera department, the X30 and X30 Pro come with a triple camera setup on the rear with an LED flash. The setup on the X30 includes a 64MP primary sensor with f/1.8 aperture, an 8MP 120° ultra-wide sensor with f/2.2 aperture, and a 32MP portrait lens with f/2.0 aperture. On the other hand, the X30 Pro sports the same triple camera setup, except for the 32MP portrait lens, which has been replaced with a 13MP periscope camera with f/2.5 aperture.

Towards the front, both, the X30 and X30 Pro come with the same 32MP front-facing camera with f/2.0 aperture for selfies.