The competition between Xiaomi and Realme just seems to be getting more intense with the Realme C3 launching at an attractive price of Rs. 6,999. It competes directly with the Redmi 8A but offers superior specs on paper. The MediaTek Helio G70 makes its debut and it, of course, carries forward Realme’s design language with a unique pattern on the rear. Let’s see what the phone has to offer. 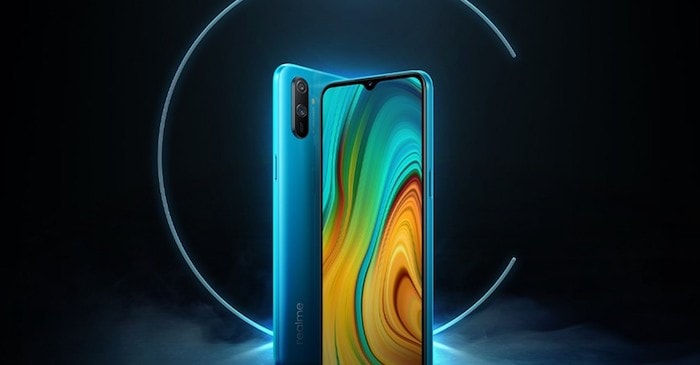 The Realme C3 is the brand’s entry-level smartphone and aims to offer the best bang for your buck at Rs. 7,000. And that starts right from the core of the smartphone, which comes fitted with a MediaTek Helio G70. It’s the first time we are seeing this chipset on any smartphone, let alone at this price point. It’s a huge leap compared to the Helio P22 on the Realme C2, and on paper, it is miles ahead of the Snapdragon 439 found on the Redmi 8A which should be the closest competitor till Redmi 9A comes out. The Helio G70 has two Cortex A75 cores clocked at 2GHz and six Cortex A55 cores at 1.7GHz. There’s 3GB of RAM on the base variant along with 32GB of onboard storage. The Realme C3 is also the first smartphone to come with Realme UI out of the box on top of Android 10 which is a bonus.

On the front, we get a large 6.5-inch display with an HD+ resolution and Gorilla Glass 3 protection. There’s a waterdrop notch just like the one on the Realme C2. There’s a 5000mAh battery to power the phone with a 10W charger in the box. The phone. However, charges over micro-USB. The back is made up of polycarbonate and has the sunshine pattern like the Realme 5S. The phone will be available in two color options – Frozen Blue and Blazing Red.

The rear of the device houses 2 cameras – A primary 12MP shooter with an f/1.8 aperture along with features like Chroma Boost and Nightscape. The secondary sensor is a 2MP depth-sensing unit. The waterdrop notch on the front has a 5MP camera. The Realme C3 has a dual SIM slot along with the option of expandable storage through Micro SD.

Was this article helpful?
YesNo
TechPP is supported by our audience. We may earn affiliate commissions from buying links on this site.
Read Next
Realme GT NEO 3 Review: 150W Goodness
#Realme #Realme C3 #Realme UI