The Perfect Game to be Playing During a Lockdown

It is just you…and no one else

As the lockdown in different parts of the world continues, we are being flooded with lists of which game to play to while away the hours of being at home. There are puzzles, action games and the like. My own recommendation, however, is an almost 27-year-old game. Yes, you read that right. It is that old. Mind you, it still looks magnificent. It is super easy to play. And it is the perfect title for these conditions. Quite simply because it is so similar to the lockdown – it is just you, trying to find your way back to a normal life. 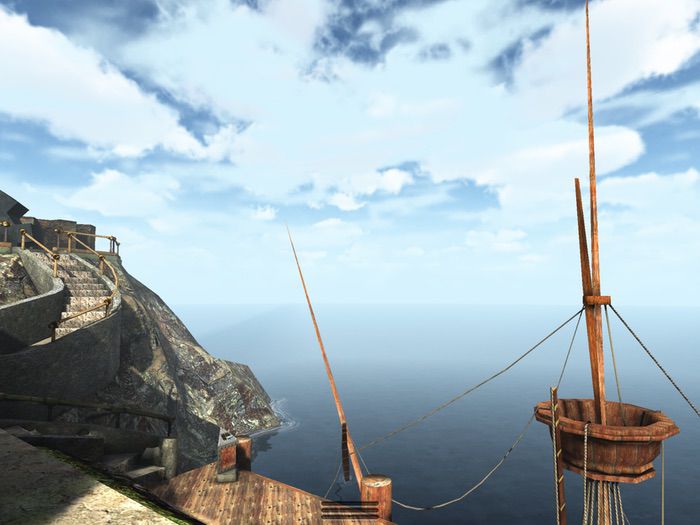 A classic returns from the Mysts of time

The game is called Myst. It was released way back in 1993. And was actually one of the first games to be sold on what was then a new medium, the CD-ROM. For quite a while, it was one of the highest-selling games in the world, and believe us, it is magnificent to play even now. Actually, especially now – and before you ask, you can play it on your phone or tablet, as it is available for both iOS and Android in all its glory.

And let us get this clear – this is a very good looking game. Even now. There is a special edition of the game called RealMyst available for both iOS and Android, which has improved the original graphics, so what you end up with are very immersive and beautiful graphics. Even by today’s standards.

Where’s everyone? Wait, is there anyone?

But the real reasons for playing this game at this particular period of time are its settings (in terms of ambiance) and gameplay. You begin by tapping a book that seems to have fallen right out of the sky. And the next thing you know, you have been transported to a whole new world (the game is in a first-person perspective). You find yourself on an island. A tiny island, which you can walk across quite easily. There are few structures like a well (with a boat inside it), what seems like a huge gear wheel, a building that looks a bit like a library with torn books inside, a small room with a reclining, and even what looks like some of the airships docked in one part of the island. And when you reach the other end, there’s a tower that is on another tiny island that is walking distance (provided you can walk on water). And as you explore the place, you are accompanied by the sound of the wind, the birds chirping, and music that subtly changes depending on your location (incidentally, the music was so good that it was sold separately later).

Walk around, do nothing…or use your head

What do you have to do? Well, to be honest, you can just keep wandering around and take a tour of the place, but there is a plot to the game. You are in a strange place and something seems to have gone wrong. We mean, why else would you be there in the first place? So, take a look around. There are hints of what could have happened – a note in the grass with a message, switches to be pressed, doors to be opened, codes to be entered and so on. 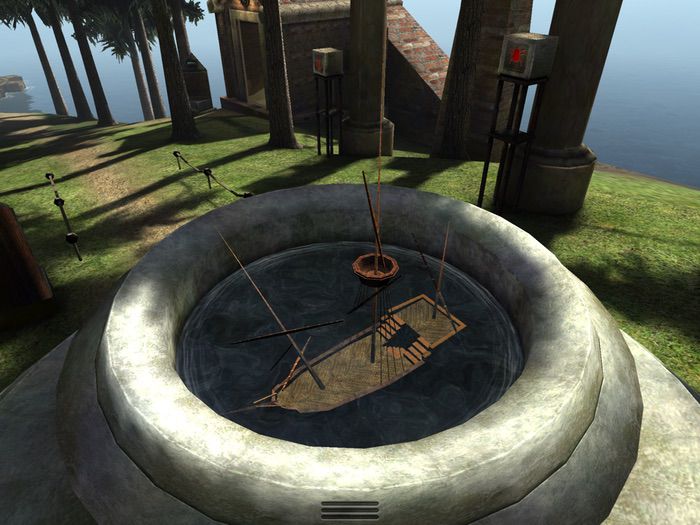 For, Myst is an adventure game with a lot of puzzles. You have to roam around in a confined area, looking at objects, trying to correlate them and find solutions. You will not find any people. There are no weapons. There is no one to talk to. There is just amazingly quiet music in the background and the sounds of nature, from the chirping of birds to the waves of the sea. Oh, and incidentally, time does pass there – you will see morning dissolve into the evening and indeed into the night as you keep playing. Or even if you just stand still in the middle of it all.

Remind you of a lockdown yet?

Still as good as ever, and Myst-erious as ever!

The gameplay is incredibly simple – you can move by holding your finger down on the display and tap to interact with most objects. The best part – or the worst one, depending on your outlook – is that Myst is a long game. You are going to be playing it not just for hours, but for days, and rare indeed is the person who is able to finish it without at least sneaking online to get some tips to untangle some really complex puzzles (and some of them are really complex, to be fair). Speaking of online, there is no multiplayer option. This is just you, trying to figure out what happened at a place, without any other visible person to help you out. You could go round and round in circles or try to work your way out. Sounds familiar? Which is why we really think you need to revisit this classic. It feels fresh and immersive even now. And reminds us that one can have a great gaming experience even by oneself

No, it is not free. It is priced at USD 6.99 (Rs 620) on Google Play as well as on the iTunes App Store. But there are no ads. No Internet connectivity required. No other players to worry about. It is just you. By yourself. In a seemingly empty world.
Sounds familiar?

How to Record Internal Audio during Screen Recording on…
The Premium ANC Headphones Buying Guide: Playing Killer…
[Appsolutely] Seeking those perfect pup shots? There’s an…
VPNs aren't perfect: Here's what you need to know
VPNs aren’t perfect: Here are some of the best VPN…
Telcos + OTT: the perfect recipe for streaming success?