In India, we have a phrase for something that is good to look at yet is excellent value for money. We call such objects “sasta, sundar, tikau” or “affordable, beautiful, long-lasting.” The Redmi A1 fits right into this category. It was launched alongside phones that were priced much more than it was, but the Redmi A1 overshadowed them all because of its price. At Rs 6,499, the Redmi A1 is one of the most affordable new smartphones you can get from a major brand in the market. Xiaomi says it is the perfect phone for those who want to move up from the feature phone zone into the smartphone one without spending a bomb. Is it? Let’s find out.

Redmi A1: It’s got the look…of a more expensive smartphone

Whatever corners Xiaomi might have had to cut to make the Redmi A1 affordable, the design was definitely not one of them. The Redmi A1 does not look like a Rs 6,499 smartphone. Yes, it has very 2018-level bezels around the display on its front and a water drop notch as well, and its sides and back are plastic. But even then, the phone cuts a very pleasant figure. We got the blue variant and liked its gentle pastel shade and faux leather texture. The camera unit is square-shaped and protrudes a little, and the jet black camera lenses make a striking contrast with the lighter-colored back. The right side houses the display/power key as well as the volume rocker; the base has a micro USB port and 3.5 mm audio jack (so 2018 again!), while the top only has a speaker grille, and on the left-hand side, the SIM card tray.

At 164.9 mm, the Redmi A1 is a large phone, and at 9.09 mm and 192 grams, it is not exactly super slim or lightweight, but it is a very smart-looking phone. The phone also has a very solid feel to it. It is not splash-proof, and the display has no sort of protection on it, but it looks good and seems built to last. We would not mind that sort of design and handfeel on a phone that cost Rs 10,000, truth be told. 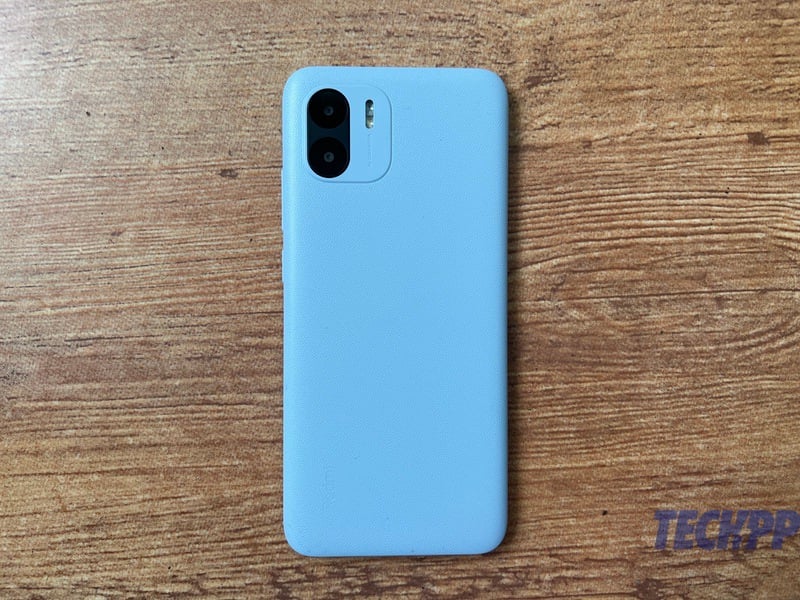 It might sport the looks of a phone with a bigger price tag, but the performance of the Redmi A1 is more in line with its price and target audience. This is not a phone for those who want to play high-end games or run multiple tasks at the same time. The Redmi A1 is a very honest-to-goodness basics device, and to its credit, it handles those basics very well indeed. It comes with a large 6.52-inch display but with a 1600 x 720p resolution, and the MediaTek Helio A22 chip is almost four years old and was not even a mid-segment processor (it powered the entry-level Redmi 6A in 2018). On board are also a very 2018-sounding 2 GB of RAM and 32 GB of storage (expandable using a dedicated microSD card).

Those are not specs made for speed, and to be fair, the Redmi A1 is more about getting things done rather than doing them at an impressive speed. And as long as you do not push it too far, it does a decent job. You will be able to message, mail, and keep tabs on your social networks without too many problems. There might be an odd lag here and there, but by and large, the Redmi A1 is on point with the basics. That display is actually rather good for watching videos, and the single speaker is reasonably loud. As for gaming, we would advise sticking to the strictly casual category. Choose anything with high-end (or even mid-level) graphics, and the stutters will creep in. Multitasking is also best kept at basic levels, and even then, we would recommend keeping tabs on what’s running in the background. 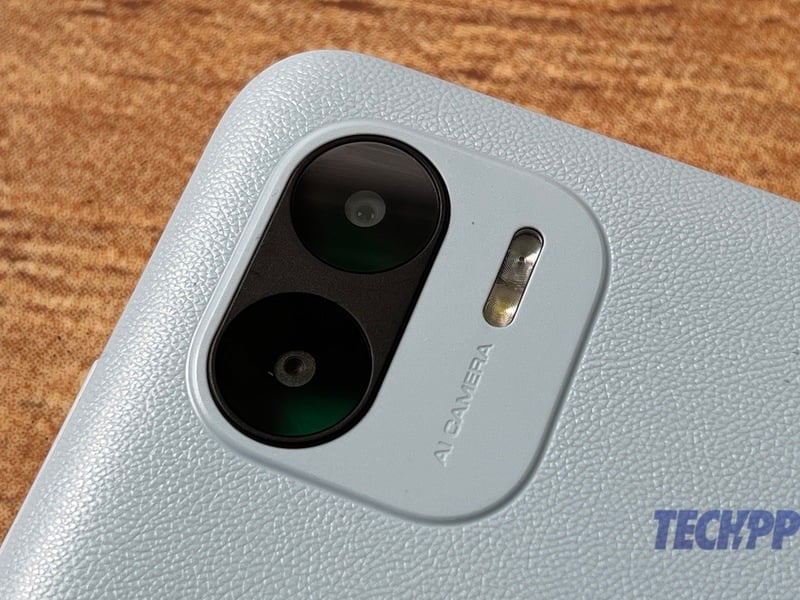 The cameras on the Redmi A1 are also more about getting a basic job done rather than being sensational. The 8-megapixel main sensor on the back takes reasonably good photographs when the light is good and even does a decent job with portrait snaps (aided by the secondary 0.3-megapixel snapper on the back). Do not go about expecting top-of-the-line colors and detail here, and you will not be disappointed, as most of the time, you will end up with snaps that are good enough to share on social media and emails and messages. Videos are social-media-worthy at best, although there is a handy time-lapse option. Quality suffers in low light conditions, whether in stills or video. The 5-megapixel selfie camera is a little dull in the color department, but stay in good light conditions, and you will get share-worthy selfies. This is not a camera for photography enthusiasts, but one that is a classic point-and-shoot – take enough care, and you will get reasonable results. Maybe even the odd exceptional one. 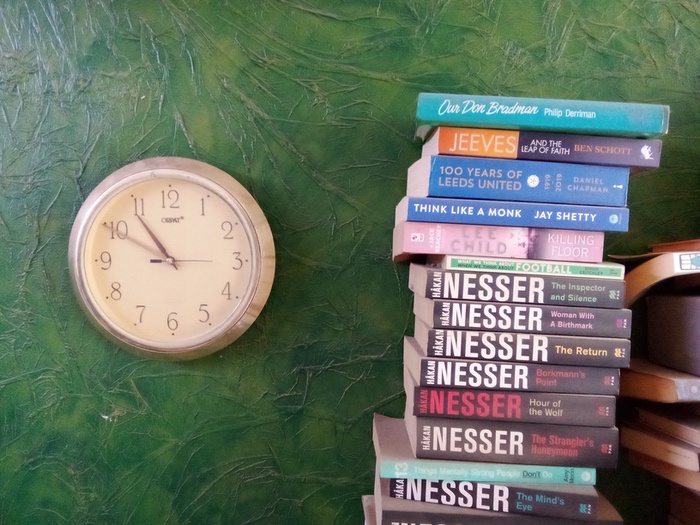 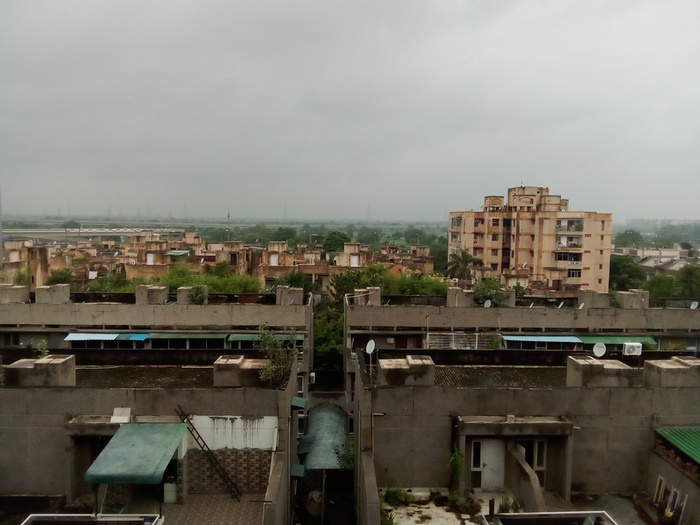 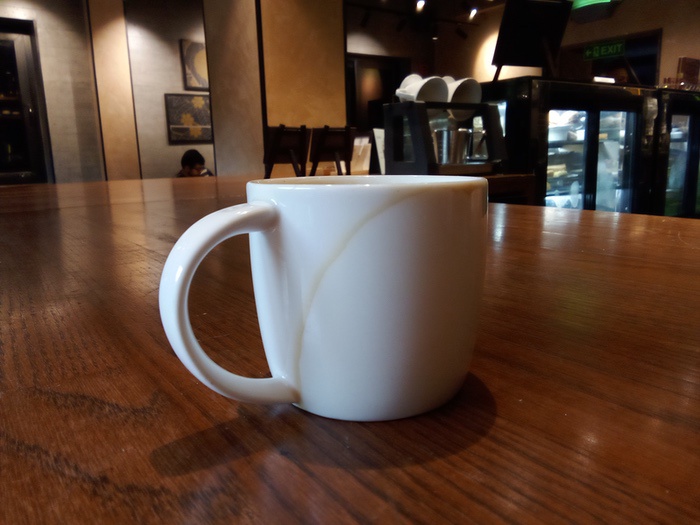 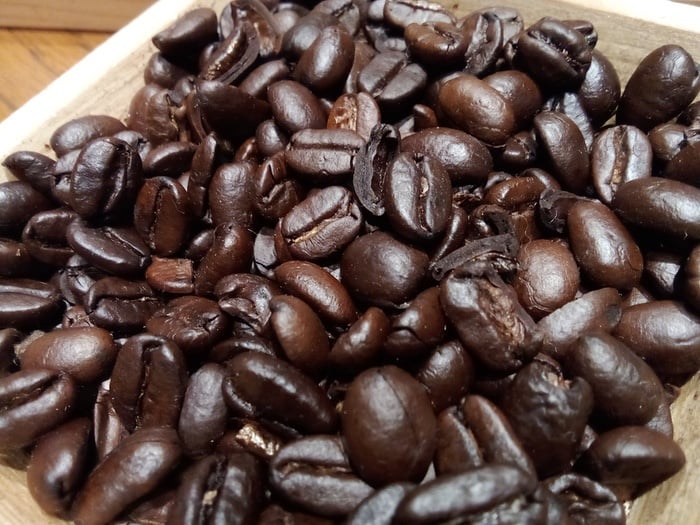 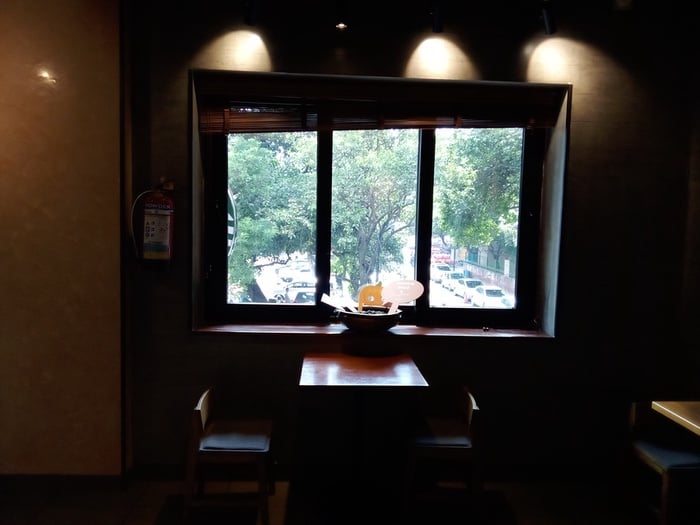 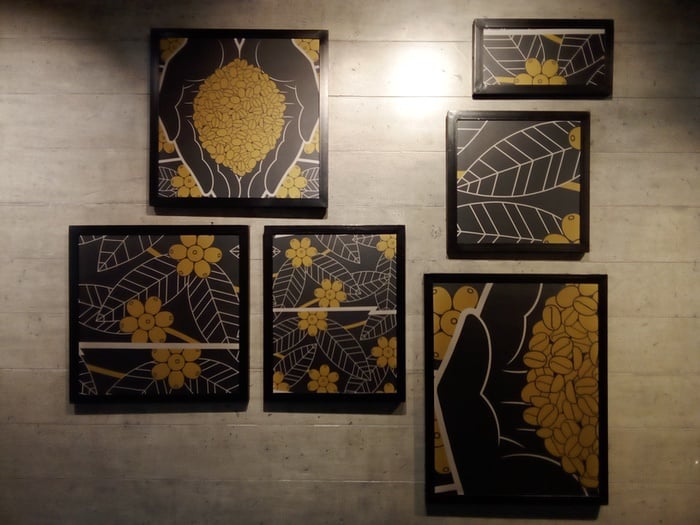 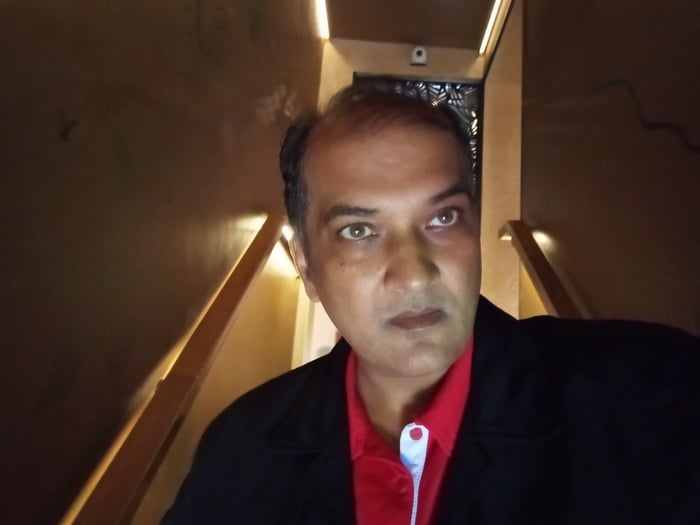 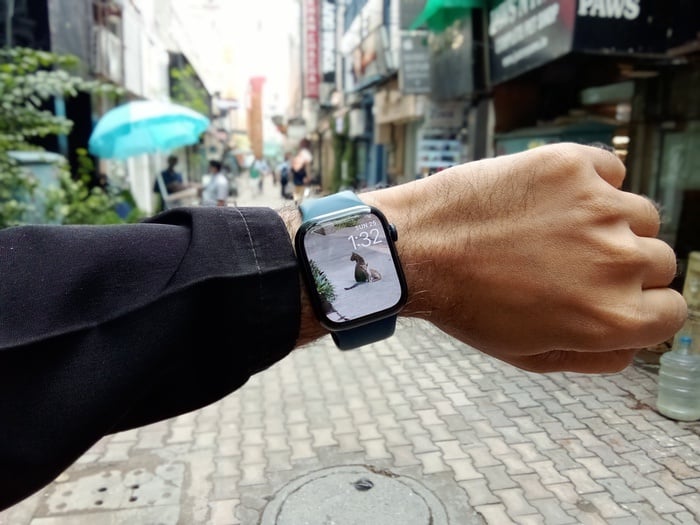 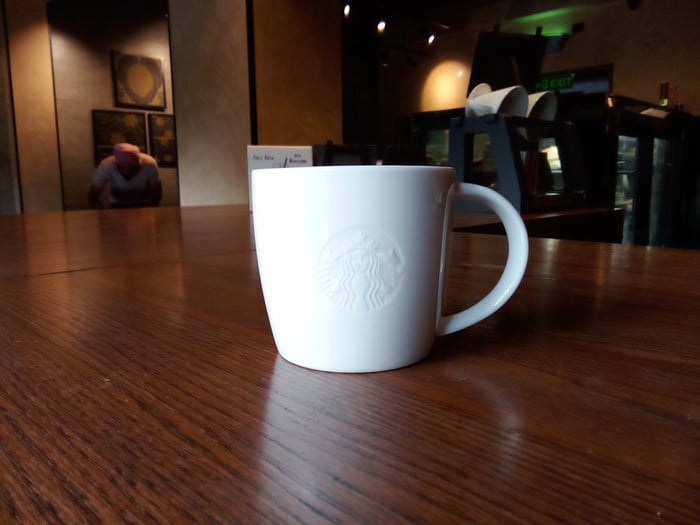 Battery life is an area where the Redmi A1 punches well above its weight. It comes with a large 5000 mAh battery which comfortably gets through two and a half days of normal usage. Yes, charging it using the 10W charger in the box will take close to three hours, but you would need to do so barely two to three times a week. Some would call this a blessing of the low-resolution display and the fact that no one is likely to push the device much for gaming and multimedia, but no matter how you look at it, the Redmi A1 is a battery champ.

Entering the PIN every time you unlock the screen can be a pain after getting so used to fingerprint scanners, but that apart, the Redmi A1 handles day-to-day work easily, with no problems on calls. Just do not expect 5G at this price – you have 4G, Bluetooth, Wi-Fi, and GPS. 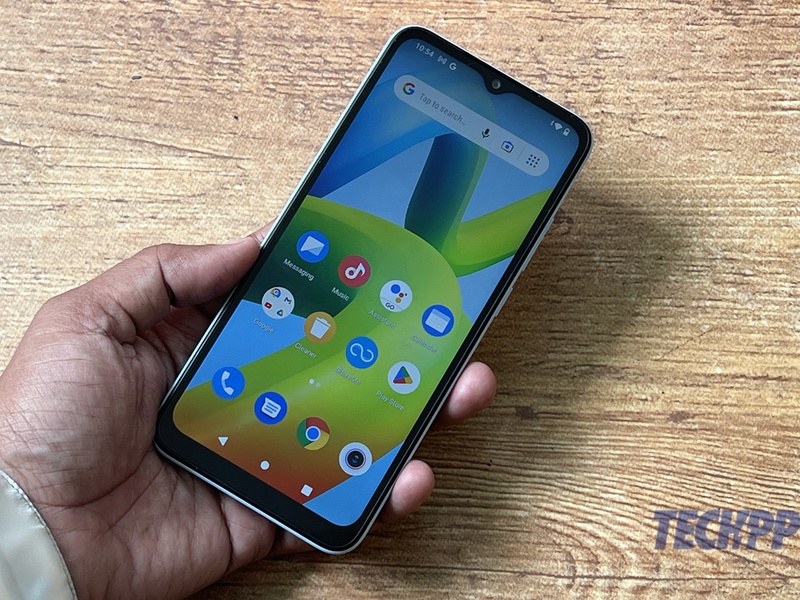 Apart from its price, one of the biggest talking points about the Redmi A1 was that it ran on a clean version of Android, making it the first Redmi phone to be launched in India without MIUI. It is not a full-fledged Android, though, but the lighter Android Go version is designed to run on devices with lesser RAM. And well, it works enough most of the time smoothly, although you get the odd lag from time to time. There are hardly any third-party apps on board, and the interface is a clean one. The large display is good for browsing the Web and reading messages and emails. Not all apps run very smoothly, and while the phone seems capable of handling full-fledged Android apps (Google Maps ran fine, and most Google apps on the phone are full versions), you are best off with the Go versions (where available).

Xiaomi has made no commitments about updates in the future (although the phone has already received the September security update). Still, we do not think the phone’s target audience would be too concerned about it. Android on the Redmi A1 is not a showcase for Android but an OS that just works. We suspect it could well be Xiaomi’s take on Android One, but these are very early days, and this might just be very wishful thinking. 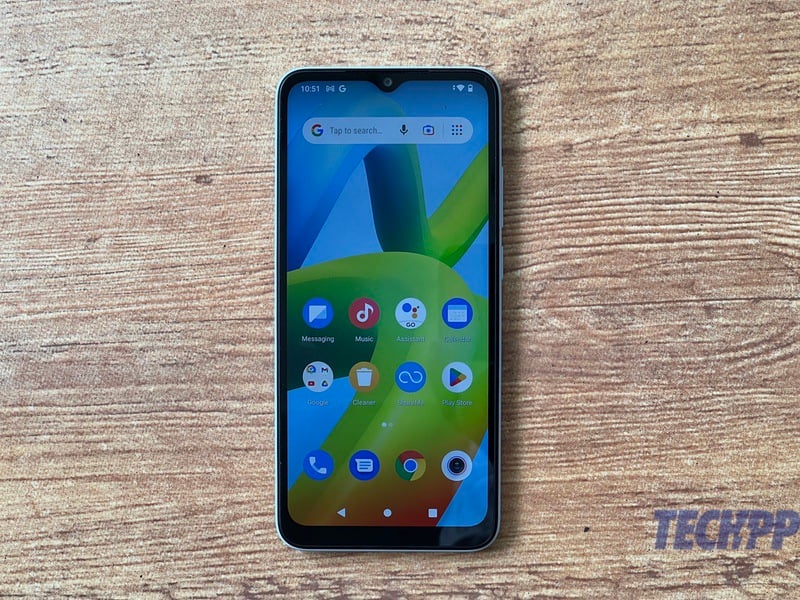 At its official price of Rs 6,499 (it is available at lower prices with offers), the Redmi A1 is easy to recommend to anyone on a super tight budget who wants a smartphone. There are other phones in the price segment, but none effectively manage its blend of form and function. Tasks like Web browsing, social networking, messaging, mail, and even some games work reasonably well on it; the camera can deliver decent results in the right light conditions, the display is good for the price, and battery life is superb.

The phone will not fly through tasks speedily but will get through them at a comfortable jog. And you will have to be prepared for the odd lag now and then. But the journey on the Redmi A1 is not always the smoothest; it will almost always be completed. This is a phone that ticks all the basic boxes brilliantly and tops it off with a very good design and a terrific price. Sasta, sundar and tikau indeed.

Review Overview
Was this article helpful?
YesNo
TechPP is supported by our audience. We may earn affiliate commissions from buying links on this site.
Read Next
With Redmi A1, is Xiaomi Resurrecting the Android One Dream, but Without Google?
#Android Go #Redmi #Redmi 1A #Redmi A1 #review