Motorola has today unveiled two new smartphones, the Motorola Edge and the Edge Plus, announcing its return into making flagships again. Although the Lenovo-owned smartphone maker was supposed to announce its latest offerings at the Mobile World Congress (MWC) in Barcelona, the same was canceled, taking into account the purview of the coronavirus outbreak, causing the company to settle with an informal announcement. Here’s what you need to know about the two devices. 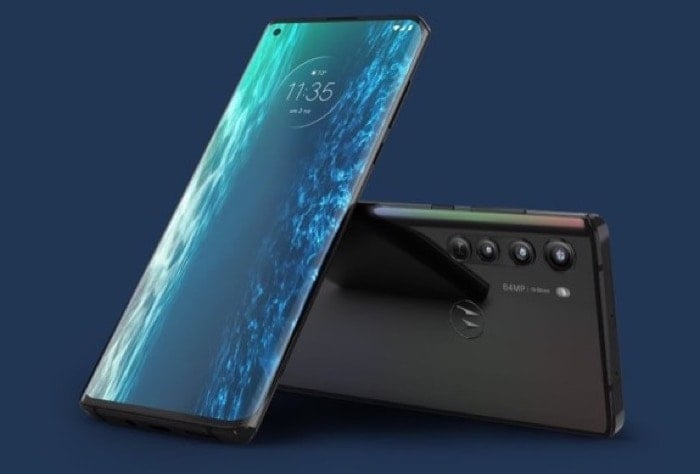 The Edge Plus features a 6.7-inch curved OLED panel with an FHD+ resolution and a 90Hz refresh rate. The display comes with a hole-punch cutout on the top left to house the front-facing camera. And it also includes an in-display fingerprint scanner for authentication. Besides, the panel comes with HDR10+ certification to offer better colors with enhanced contrast. The Edge Plus comes in two colorways: Smoky Sangria and Thunder Grey.

At its core, the Motorola Edge Plus has a Snapdragon 865 processor (with Adreno 650 GPU), which is a 2.84GHz octa-core chipset from Qualcomm, built on the 7nm process, with 5G connectivity. It includes up to 12GB of LPDDR5 RAM and 256GB of UFS 3.0 storage. To power the internals, there is a 5000mAh battery with 18W wired and 15W wireless charging support. Moreover, there is also support for 5W reverse wireless charging to allow you to charge other devices using your smartphone. As for other specifications, there is an in-display fingerprint scanner for authentication, USB Type-C (3.1), 3.5mm audio jack, and dual stereo speakers.

In the camera department, the Edge Plus sports a triple-camera setup on the rear, with an LED flash. The setup includes a 108MP primary sensor with f/1.8 aperture, which is accompanied by a 16MP ultra-wide-sensor with f/2.2 aperture and 117° FoV, and an 8MP telephoto lens with f/2.2 aperture and 3x optical zoom. In addition, it also has a ToF sensor. On the front, it has a 25MP selfie camera with f/2.0 aperture, housed within the hole-punch cutout.

Similar to the Edge Plus, the vanilla Edge also comes with a 6.7-inch FHD+ OLED panel with a 90Hz refresh rate. It has the same hole-punch cutout on the top left to house the selfie camera and an in-display fingerprint scanner for authentication. However, it does miss out on the HDR10+ certification, found on its elder sibling. The Edge offers two color options: Solar Black and Midnight Magenta. 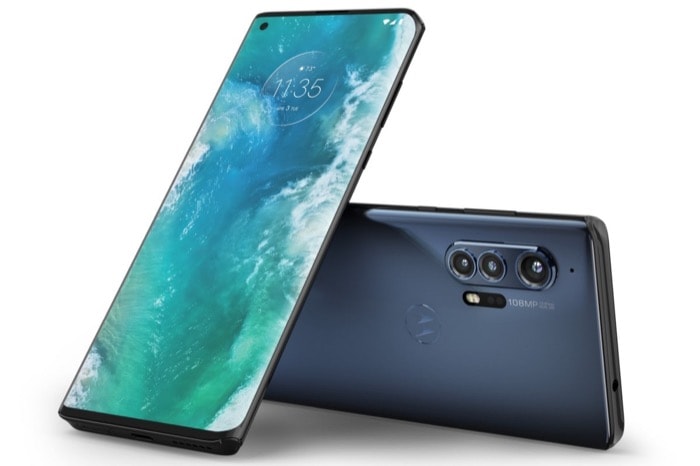 Talking about performance, the Motorola Edge has a Qualcomm Snapdragon 765G processor running under the hood, which is an octa-core processor manufactured on the 7nm process, with the Adreno 620 GPU. There is 4GB of RAM and 128GB of storage, expandable up to 1TB with a microSD card.  The phone includes a slightly smaller, 4500mAh battery, compared to the 5000mAh on the Edge Plus, and it only offers support for 18W fast charging, missing out on the wireless charging and reverse power-sharing capabilities. Among other things, the phone comes with an in-display fingerprint scanner, USB Type-C (2.0), 3.5mm audio jack, and dual stereo speakers.

In terms of connectivity options, the vanilla Edge gets 5G connectivity (only sub-6GHz), along with 4G LTE, WiFi 802.11ac, Bluetooth 5.1, and NFC. Similar to the Edge Plus, it also runs on the company’s MyUX based on Android 10.

Motorola Edge and Edge Plus: Pricing and Availability

The Motorola Edge Plus starts at $999, and it will be available from Verizon starting May 14. On the other hand, the regular Edge is expected to launch later this summer, although, at this point, the company has not revealed the pricing or release date for it.

Was this article helpful?
YesNo
TechPP is supported by our audience. We may earn affiliate commissions from buying links on this site.
Read Next
A 200 MP Camera Phone with No Buzz: How Moto Lost the India Plot… and C...
#Motorola #Motorola Edge #Motorola Edge Plus