Why the Motorola Edge+ is a No-Compromise Flagship

Motorola has got a habit of redefining our expectations of devices. More than two decades ago, it showed phones could be “flipped” with the StarTac. Then came the iconic Moto RAZR. The Droid series added a whole new dimension to Android smartphones. And then came the Moto G which showed the world that with great performance comes expensive price tags – not! 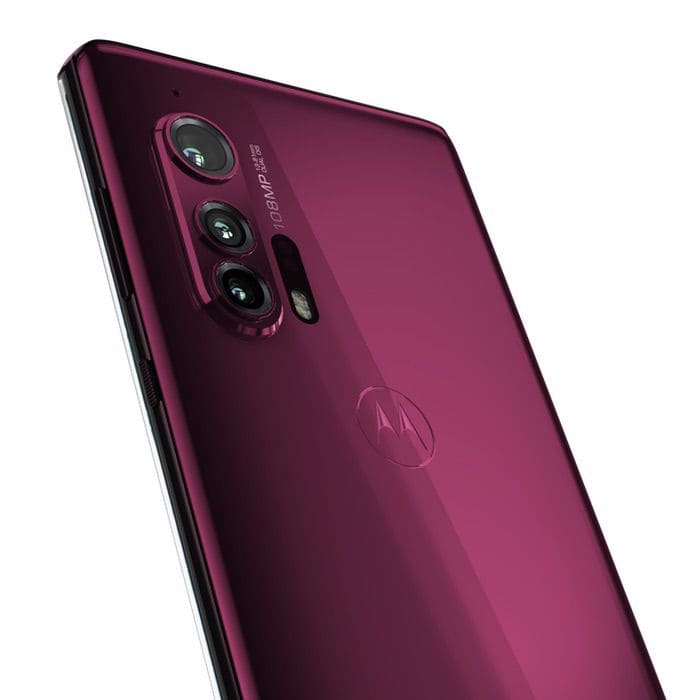 And now the brand is all set to deliver to the consumers a complete, truly no-compromise flagship, the Motorola Edge+. A phone that is so powerful that even the Samsung Galaxy S20 Ultra (no mean device in its own right) pales in comparison. A true flagship comes with zero compromises. It is all about delivering the best possible performance with zero corners cut. And the Motorola Edge+ shows just how that can be done, and consistently outperforms the Galaxy S20 Ultra, which for many was till now the ultimate Android flagship in the market. If that sounds hard to believe, read on.

A clear edge in display and processor

Let us start with the display. The Motorola Edge+’s 6.7-inch edge to edge AMOLED display gives the phone a staggering 93 percent screen-to-body ratio, dwarfing the 89.9 percent on the S20 Ultra. What’s more, it comes with a Full HD+ resolution that operates at 90 Hz right through, delivering a consistent, best of class viewing experience to the user, as compared to the S20 Ultra which delivers a 120 Hz refresh rate at full HD+ resolution, but comes down to 60 Hz at Quad HD+, which is a clear step-down.

Beneath that display comes the next ace up the sleeve of the Motorola Edge+. The phone is powered by the Qualcomm SM8250 Snapdragon 865 (7 nm+) chipset, which is markedly superior to the Exynos 990 chipset found on the Galaxy S20 Ultra in India, running up higher scores in a number of benchmarks. Backing this is 12 GB of RAM and 256 GB of storage in its only variant, well above the 128 GB storage on the S20 Ultra. It is not just the quantity of the storage that makes the Edge+ special, it is its quality as well – Motorola’s Turbo Write performs sequential writing, embedding the data in the storage twice as fast as with standard UFS 3.0. 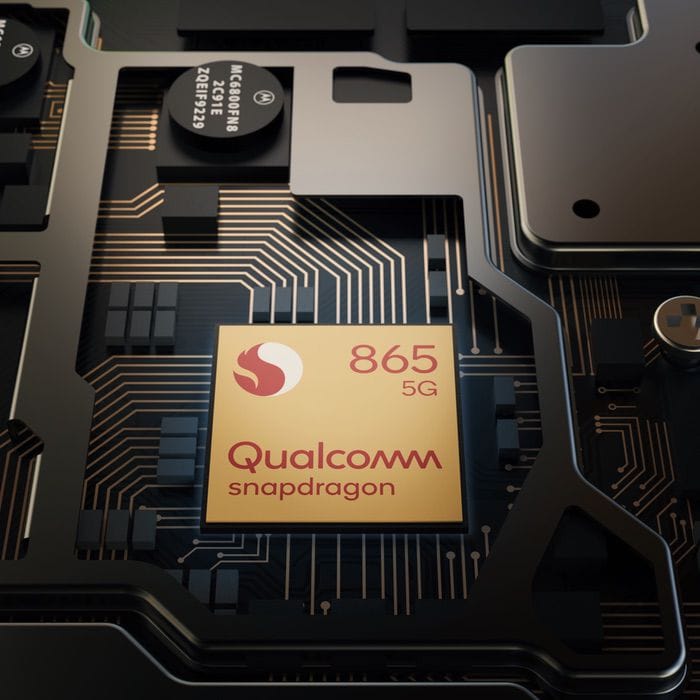 All of which makes the Motorola Edge+ the fastest performer out there by some distance. And speaking of speed, the Edge+ comes with blazing 5G connectivity, capable of speeds of over 4 Gbps and 2 Gbps on 4G, thanks to eight component carriers (8CC). The Motorola edge+ also supports the widest array of sub-6GHz networks, for global 5G network capability. Add to this the speed and bandwidth of WiFi 6, and this is the fastest phone out there in terms of data speeds.

Getting the camera edge, and better sound (with a familiar port)!

And then there are the cameras. Unlike some brands that seem to stack up cameras just for the sake of numbers, the Motorola Edge+ comes with three cameras, each of which is exceptional, and each of which has a clear purpose – “A lens for every shot” as Motorola calls it. The Edge+ features a 108 MP triple camera system, dual OIS, advanced laser autofocus with a time-of-flight sensor, advanced video stabilization, and AI that improve your shots automatically. There is the. Main 108 megapixel sensor, with OIS, for those who are crazy about high-resolution images and terrific detail. Then there is an 8-megapixel telephoto sensor with 3x optical zoom, and again with OIS to make sure that mild tremors of the hand do not spoil your zoomed-in shots.

And finally, there is a 16-megapixel ultrawide and macro sensor that puts 4x more of the scene into your shot. There are no gimmicky lenses with low megapixel counts that serve no discernible purpose – you can get an incredible close-up shot with a built-in macro vision mode. And on the front, there is a 25-megapixel camera with Night Mode for excellent selfies even in low light conditions. Yes, the S20 Ultra also features a 108-megapixel main sensor, but the Motorola edge+ has a bigger ultra-wide sensor (the Ultra has a 12 megapixel one) and macro camera than S20 Ultra.

The Edge+ also comes with Advanced Image Stabilization through IMINT Image Intelligence AB, a leading name in video enhancement software. With the sort of image and video quality the Edge+ delivers, you can leave your bulky DSLR at home. 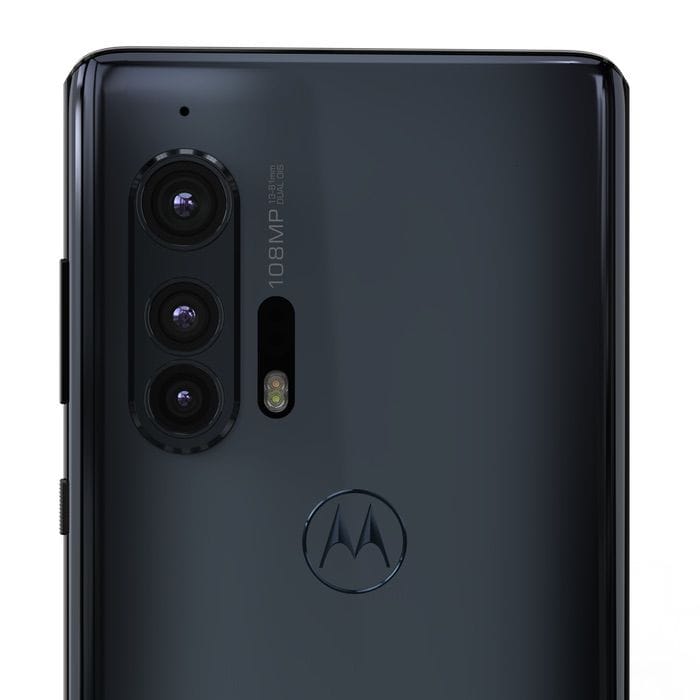 With great pictures and video comes great sound. The Motorola Edge+ comes with dual stereo speakers. And not just any speakers – these have been tuned by Grammy Award winner Waves, to ensure that you get terrific sound, even when you crank the volume all the way up. All of which makes them markedly superior in terms of both volume and quality to the AKG tuned stereo speakers on the S20 Ultra. And as the Edge+ is a no-compromises flagship, you also get a 3.5mm audio jack, allowing you to plug in your favorite wired hi-fi headphones – no need to invest in wireless options, if you do not want to!

Making sure that everything keeps working for a really long time is the job of a massive 5000 mAh battery with support for fast charging, wireless charging, and even reverse charging. Enough to keep the phone running for two days of hefty use!

Stock Android and an award-winning design 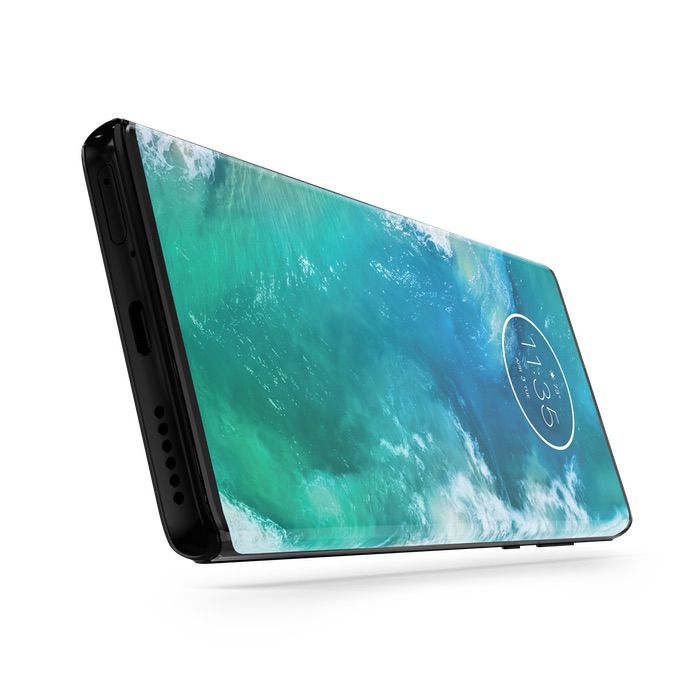 Then there is the matter of software. And in this regard, the Edge+ is the only smartphone out there to blend the top of the line hardware in all regards (display, cameras, and processor) with pure Android. Motorola has been known for its commitment to delivering pure Android on its phones and the Edge+ reflects this tradition – there is no bloatware and no duplicate apps. You get quite simply the cleanest Android experience on the latest version of Android. With some neat Moto touches as well.

Those overflowing display edges are not for show. Tapping the edge lets you see notifications, open recent apps, and also lets you access shortcuts or tools – a brilliant touch for those with smaller hands who do not want to keep stretching their fingers to reach the top of the display. And of course, this being a Motorola device, you can customize your home screen with unique fonts, colors, and icon shapes, also use gestures to access the camera, flashlight, and other key features – yes, the “twist to launch camera” and “chop to launch torch” are there! There is also Moto Gametime, that detects when you’re playing a game, and automatically blocks interruptions, and gives you access to game-enhancing apps and tools, including on-screen buttons!

And the software will remain top of the line for a while, as Motorola has committed to deliver at least two Android OS upgrades to the device. Compare that with the more bloated OneUI on the Samsung Galaxy S20 Ultra, which is more complicated and does not come with assured updates, and you will see which of the two devices is the real no-compromise flagship.

All this in a design that is typically Motorola – minimalistic, yet solid and very classy in an understated way. And that iconic bat logo on the back is going to stand out way more than any other. It is not just us saying it – the Motorola edge+ is a winner of the prestigious Red Dot Award for outstanding design.

There will be some who will wonder why we have not considered the Xiaomi Mi 10 and the OnePlus 8 Pro in this piece. Well, the reason is simple – because both devices, although good phones in their own right, cut corners in terms of hardware and experience to meet a specific price point. The Edge+ is designed for performance and comes only with a 12 GB/ 256 GB variant, while both the OnePlus 8 Pro and the Mi 10 have other variants as well (the Mi 10 actually has no variant with 12 GB RAM). The Edge+ also has a higher display to body ratio than both phones, and its edges actually have functionality and do not exist just for design purposes. 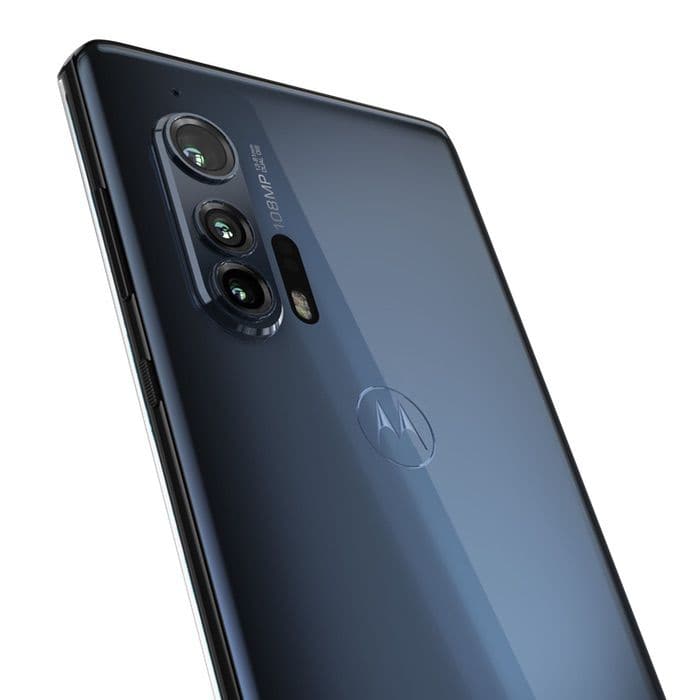 In cameras too, the difference is clear. Although the Mi 10 does have a 108-megapixel main sensor, it has no telephoto, while the OnePlus 8 Pro’s main sensor is a smaller, 48-megapixel one. The Mi 10’s 2-megapixel macro camera and depth sensors and the OnePus 8 Pro’s 5-megapixel depth sensor also seem to be present more for adding to the camera numbers rather than actually delivering value in terms of performance. And while both phones have stereo speakers, neither delivers the depth of sound that the Moto Edge+ can, thanks to special tuning from Waves. And neither phone has a 5000 mAh battery like the Motorola Edge + does – the OnePlus 8 Pro has a 4510 mAh battery and the Mi 10 a 4780 mAh one. Round that off with Motorola’s pure, uncluttered Android OS with assured updates and a Red Dot Award-winning design, and honestly, we do not think that the Mi 10 and OnePlus 8 Pro are even close to being contenders for anyone looking for a real flagship.

A classy, award-winning design. A top of the line display. The best cameras (and all of them useful ones). The best battery. The best processor, with lots of RAM and speedy storage. The best sound. The fastest data speeds. And all of this topped with the best software you can get in Android land. 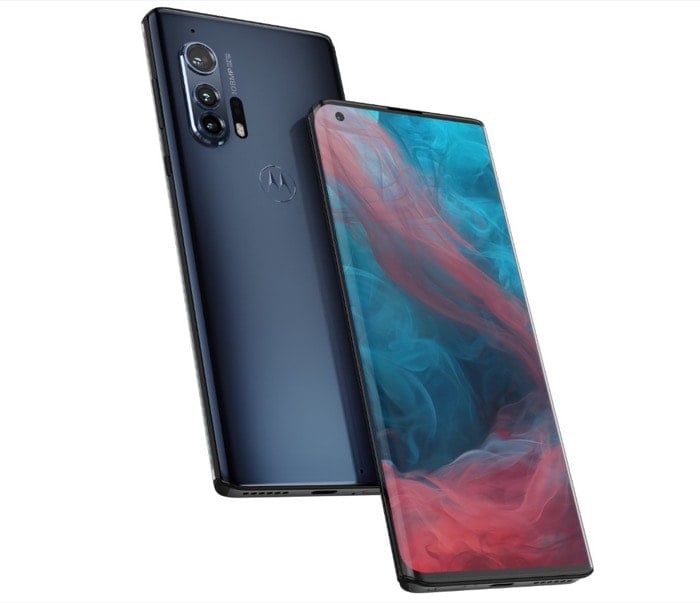 Put those together at a price of Rs 74,999 and you can understand why we think the Motorola Edge+ is the only no-compromise flagship out there. Nothing can match. Not the S20 Ultra (starting at Rs,97,999 for 128GB version) and certainly not the OnePlus 8 Pro or the Xiaomi Mi 10.

As an additional proposition for Indian consumers, Motorola has also thrown in an exclusive launch offer that gives consumers a Rs 7,500 Instant discount (online) or cashback (offline) with ICICI Bank credit cards. Consumers can pre-book the Motorola Edge+ starting today on Flipkart and at leading offline stores.

Motorola Edge and Edge Plus with 90Hz OLED Display and…
Motorola Edge Plus with Snapdragon 865 and 108MP Triple…
Realme GT 2 Pro Review: Flagship Killer to a Flagship
The budget flagship is dead, long live the new budget…
Why we need to turn off the Blue light
iPhone 2007 to 2019 edition: Why the iPhone remains special!