So there is a new feature on Twitter. No, do not get your hopes up – we cannot edit tweets after posting them even now. The new feature is something called Fleets. It has nothing to do with ships, really. It is more like Twitter’s version of Instagram Stories. Now, we have a whole set of tiny bubbles on the top of our Twitter home screens (only on mobiles, though). Each of these contains texts, videos, and images that will disappear after 24 hours. 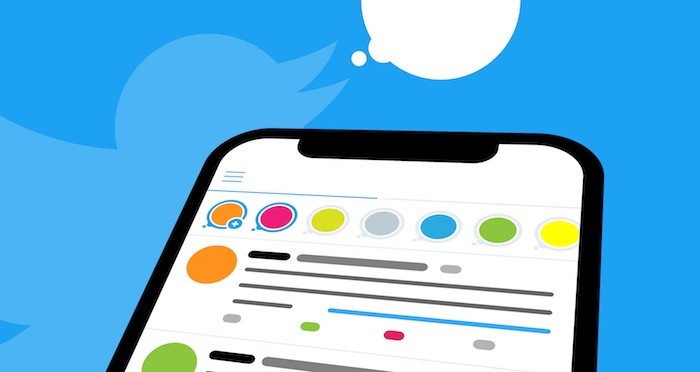 The big question is just how useful is it? The whole idea of messages and images that could disappear after a while came from Snapchat of course, and has been adapted by Facebook and Instagram as well. So some would say why should Twitter not have the same feature? It adds a nice multimedia touch to what is generally a very text-heavy UI.

Well, to be honest, that text-heavy UI is the very reason why I think Fleets runs the risk of getting ignored after the initial enthusiasm (and FOMO) has worn out. You see, unlike Facebook and Instagram, where there are a lot of images, Twitter is actually more about text. Folks tend to be a lot more casual about Instagram and Facebook because a lot of the content is just a matter of glancing at it – you look at a picture, maybe read its caption, and move on. Looking at an Instagram story or a Facebook one blends in with the experience of just glancing and moving on – the scroll scroll scroll experience.

Twitter for many users, however, is a much more serious place. It generally takes more time to read a tweet than to glance at a picture. Yes, we are sure that there are a number of folks out there who scroll through Twitter content just like on Instagram and Facebook, and that the average amount of time a user spends on Twitter per day is likely to be far lesser than the time they spend on Facebook, Instagram or Snapchat, but that time is likely to be more focused on reading. Whereas Facebook and Instagram have a largely entertainment and social element to them, Twitter for many people is news. This is why so many leaders, institutions, and political parties focus so heavily on the network.

…and Fleets seems a little frivolous

And this is where Twitter Fleets is a little contradictory. It is a fun feature in what is actually a very serious place. What’s more, it further clutters up what is often a very crowded display. I mean, consider Instagram: you open the app on your phone and you see the first post on your feed and above it are the Instagram Stories posted by the folks you follow. The same is the case with Facebook – you open the app, and right on top are the stories of people you follow and below it is generally one or at the most two posts. These posts are also often pictorial. Now, compare that with Twitter, where you log in and are very likely to be hit by a fair amount of text – often at least two tweets – and now on top of that you also have an array of bubbles containing stories. I could be wrong but Fleets right now does seem to clutter things up a little. 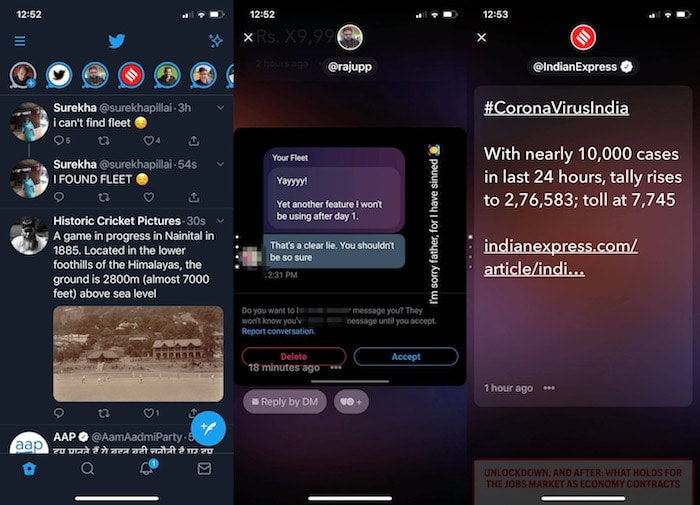 And if you follow lots of folks, well, that line of Fleets at the top could be never-ending (and one does end up following more people on Twitter than on Insta and FB). Also unlike in Instagram and Facebook, there are no names beneath those Fleet bubbles – if you do not remember the Twitter profile picture of the person, the chances are you will not know who is Fleeting while Tweeting.

I am also not quite sure as to WHY I would tap on a Fleets button. I mean, if something is important enough, surely the folks would tweet about it, right? And somehow replying to a Tweet seems more substantial than sending a reply to a Fleet, which goes into the messaging area anyway. There is also no way to share or like a Fleet that one thinks is good (you can report one though!).

A rocking horse in a newsroom

This is where the slightly more “serious” nature of Twitter comes into play – a lot of us come to the social network for actual information and interaction. Fleet is a fun element in what is generally a serious – so serious that it sometimes gets toxic (thank you, trolls) – social network. A bit like a rocking horse in a serious newsroom – and Twitter for many IS a newsroom, notwithstanding all the meme mayhem it unleashes.

These are very early days of the feature, but after having tried out Fleet for a few hours, I have pretty much gone back to using Twitter as normal, and am largely ignoring those bubbles on the top of my Twitter feed. There is enough to read as it is. That is the challenge Fleet faces – to get us away from all the words that are already there on Twitter.

Was this article helpful?
YesNo
TechPP is supported by our audience. We may earn affiliate commissions from buying links on this site.
Read Next
Simple (bitter) Truth: There is no REAL alternative to Twitter…not yet!
#App Blog #twitter #Twitter Fleets