HMD Global is bringing the popular version of the popular Xpress Music feature phone, the Nokia 5310, in India. For those unaware, for the past few years, the company has been re-introducing new and refreshed versions of its then-popular phones to bring back the nostalgia. The Nokia 5310 was announced alongside the Nokia 8.3, Nokia 5.3, and Nokia 1.3 globally back in March earlier this year. Let’s dive in to learn more about the device. 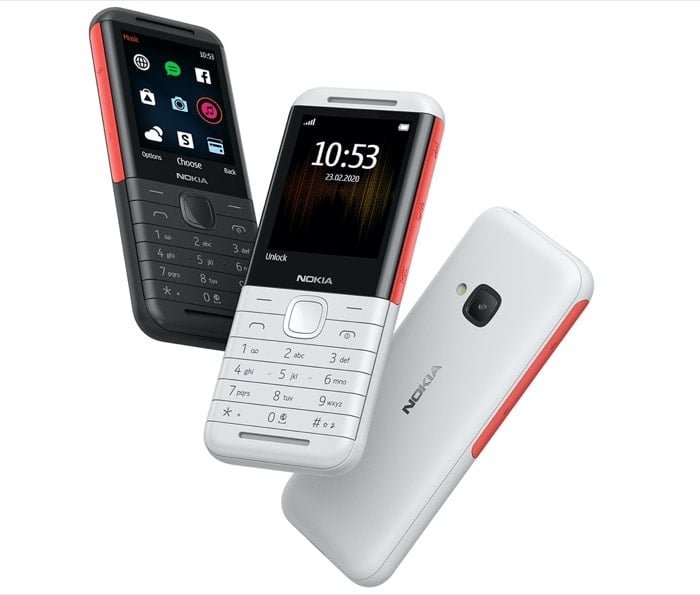 To start with, the all-new Nokia 5310 takes a fresh approach with the design elements but still builds upon the old aesthetics. The phone has a rounded design and a curved edge around the display. There is a numeric pad along with a five-way navigation key giving the old-Nokia vibes. Moreover, it also includes dedicated music buttons, something found on the original Xpress music, to offer quick and easy controls while playing music. The 5310 comes in a two-tone colorway, which is available in two finishes: White/Red and Black/Red. Upfront, the Nokia 5310 features a 2.4-inch QVGA display with curved edges.

Under the hood, the Nokia 5310 is powered by a MediaTek MT6260A processor, coupled with 8MB of RAM and 16MB of onboard storage, expandable up to 32GB with a microSD card. To power the internals, the phone includes a 1200mAh (removable) battery, which the company promises to deliver up to 22 days of life on a single charge. As for other specifications, there is a micro USB port, a 3.5mm audio jack, support for Bluetooth 3.0, along with dual speakers, FM Radio(wires + wireless), and a VGA rear camera with flash. On the software front, the phone runs on Nokia Series 30+, which dates back to powering devices since 2003.

Was this article helpful?
YesNo
TechPP is supported by our audience. We may earn affiliate commissions from buying links on this site.
Read Next
Nokia Power Earbuds Lite Review: Connecting through Clear Audio against Tough...
#nokia #Nokia 5310