Apple launched its new software at the first-ever online-only WWDC earlier this week. The Cupertino company is known for its outstanding presentations. But there were some fears that the absence of a “live” crowd would rob the event of some of its charm. 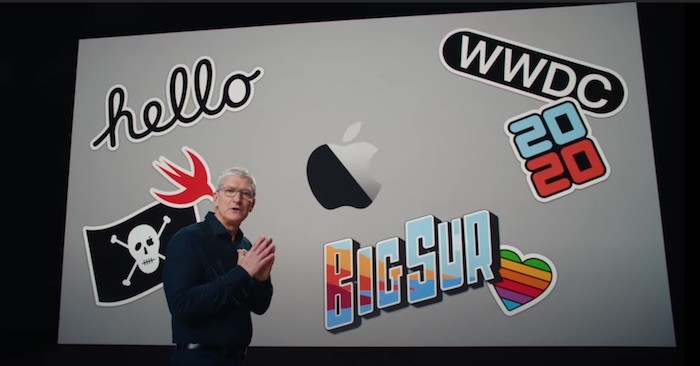 Apple delivered perhaps the slickest, well organized online tech event we have witnessed to date. And it was not just down production values and graphic quality. The whole event simply flowed like cream out a silver jug, with almost no stumbles or false notes. And over the years, sleek and well-produced presentations have become an Apple staple. And unlike most of the other brands that tend to focus heavily on special effects and design touches, Apple actually manages to keep things relatively simple, even while remaining very effective indeed. What’s the brand’s secret?

Well, only Apple knows the composition of its Secret Apple Sauce for Presentation Magic, but after observing Apple presentations for decades now, we think the following seven points (apart from sleek production values and graphics, which almost everyone tries to achieve) have a lot to do with its ability to make its presentations impactful:

We do not know if this is officially true, but Apple under Steve Jobs (the original presentation maestro) is believed to have a principle of allocating at least a hundred hours to just rehearsing an event. This could vary as per the duration of the event of course, but the core idea is to never miss a line or a cue or a slide. It is rare to see an Apple executive stutter during a presentation of a briefing. Some might allege that this makes the whole process almost robotic to the point of boredom, but well, it beats missing lines or fluffing them on stage.

2. Script is more important than the screen 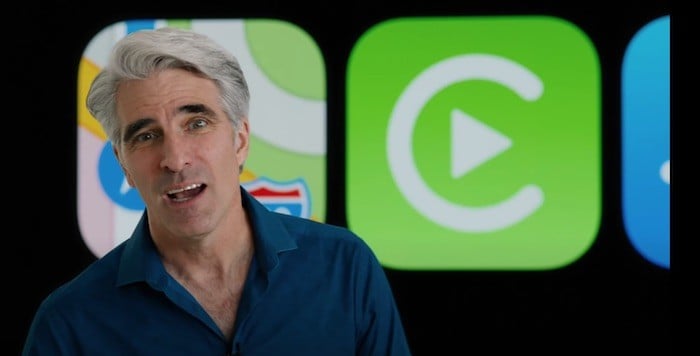 It does not make as many headlines as special effects and graphics, but the script is a massive part of a presentation. And in Apple’s case, you will notice utterly obsessive attention to detail. There are rarely any grammatical errors, and in most cases, the script plays in perfect sync with the graphics on the screen or what the person is saying. Some say that the entire event is literally mapped out as a film screenplay and then executed. The script is generally prepared first and the graphics flow from there. And thanks to point 1 (rehearse, rehearse, rehearse), you almost never see any executive deviate from the script or stutter or search for a word. 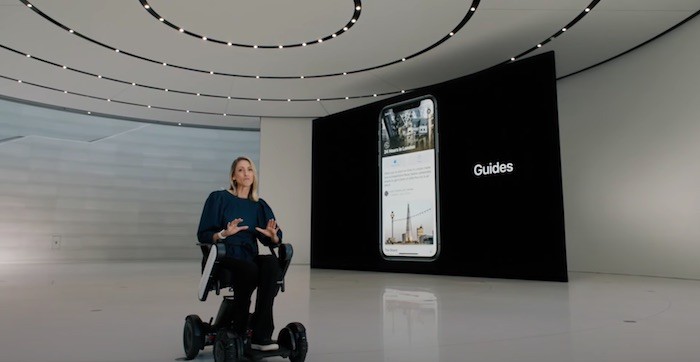 Apple seldom tries to overwhelm its viewers with too much information at one go. The brand always goes steadily from point to point and never crowds the display. Most of the imagery you will see will be relatively straightforward and text will more often than not be presented in very large fonts, ensuring that you can quickly read it and then get back to what the presenter is saying. This may sound very obvious but is incredibly difficult to implement. Oh, and it is very rare to see an Apple executive reading out a slide, or even checking a teleprompter too often. All that rehearsing helps!

You will rarely hear Apple executives raise their voices during a presentation. Their tone might sometimes show some enthusiasm and some humor but by and large, the style (from the manner of speaking to the colors and props used) of an Apple presentation is understated. There is a rational reason for this – the brand wants you to focus on what is being said rather than how it is being said. It wants you to remember content rather than tone. Even Steve Jobs himself would normally speak in a very level, consistent tone while making a presentation. The idea is never to intimidate or exhort people to do something but to make a convincing and compelling case for a product. Steve Ballmer might disagree with the approach but it works for Apple.

Imagine Phil Schiller coming on stage and Tim Cook asking: “Hey, Phil, you have got the new iShoes. How come I don’t get the cool stuff and you do?” and Schiller replying: “That’s because you do not hang out with the cool dudes, Tim! These are just so amazing and on point and they are rocking my world…” Not happening! There is next to no acting or “creating situations” or contrived theatricals in Apple presentations. The presenter in an Apple presentation takes on the role of a narrator rather than a star or celebrity, trying to make sure that the viewer gets the story. It might not be as entertaining as some others, but then Apple normally leaves the entertainment to the artists who appear AFTER the product has been launched. Steve Jobs did tell a story once when the iPhone presentation crashed, though, but that was an exception!

How did Steve Jobs talk about the new gyroscope on the iPhone 4? He played Jenga on it, on stage. A lot of Apple’s presentations revolve around things being done on devices, rather than simply hauling out adjectives – so an executive might play a game on stage, or someone might show a certain function on an Apple Watch… “whenever it is possible, show it” seems to be an Apple Mantra. It is not as if Apple does not use adjectives – hey, this is the company that added “Insanely Great” to out vocab – but it often backs them up with something that can be seen or experienced. If someone calls a feature “amazing” or “super” you can be sure that there will be something that will be shown to back this up. Adjectives need to be backed up and often are in Apple presentations.

Have you ever seen Apple being “funky” or “millennial” or “corporate” at a product launch? The chances are you have not. Because that is a conscious call the company takes. The idea is to make the communication reach as many people as possible, which is why the tone is largely neutral, and there are seldom pitches to a particular gender or age group. No one says the iPhone is for millennials or that the rose gold variant of the iPhone was for women. There might be references to certain communities like students or designers and how certain features can help them, but an entire product or service will almost never be pitched at a certain section or age group. An Apple executive once told me “if we focus on a segment, we lose the attention of everyone else. That is too high a price to pay in our book. We do not make that many products.” Apple’s audience is the world.

Try to keep it short

Apple’s presentations tend to drag only when they have multiple products. Otherwise, the company attempts to keep its presentations to the point and direct. You are unlikely to be flooded with too much information about a single product in a presentation, although one inevitably gets a lot of documentation on the product afterward. The attempts generally are to give viewers a few clear pointers about a product, and not overwhelm them. Even comparisons with other devices are relatively rare. The idea is to keep the product in the spotlight.

Was this article helpful?
YesNo
TechPP is supported by our audience. We may earn affiliate commissions from buying links on this site.
Read Next
Enabling, Empowering, Easing everyday life: What makes The Greatest another g...
#apple #Eventually Speaking #WWDC 2020