In 2016, OnePlus was the boss of the Rs 25,000-30,000 price segment with its flagship killing OnePlus 3 and 3T devices. Of course, with a tagline like Never Settle, it was fairly obvious that the brand would move ahead. And so it did. Today, OnePlus has devices that cost more than twice as much as the OnePlus 3T. But there have always been rumors that OnePlus would come out with a more affordable variant at some stage, although names for it have changed from time to time – from OnePlus X2 to OnePlus 8 Lite to OnePlus Z.

Well, OnePlus is back in the zone now and the phone is called the OnePlus Nord. Nord, for those who do not know it and have been totally out of the OnePlus marketing loop, refers to North in Swedish and is supposed to represent OnePlus’ return to its more affordable roots.

Routine design, but the blue will drive away blues

Its pricing might have a blast from the past element to it, but the Nord looks every inch a modern phone. The front is a bezelless 6.44-inch AMOLED flat display (not a curved one), with a dual punch hole notch. But it is the back that is going to turn a few heads, especially if you get the very distinct Blue Marble variant that we did. It is a delightful shade of light blue that is not seen very often in phones and will attract attention. Mind you, it has a very glossy finish and we suspect it will pick up smudges, do alas, you will have to encase it in the transparent back cover that comes in the box. 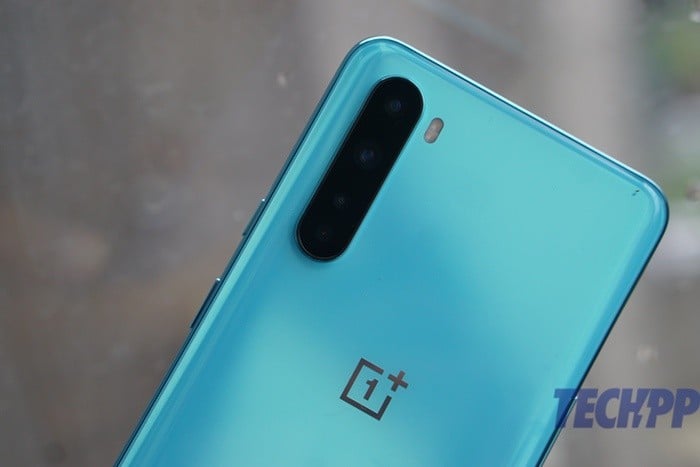 The shade apart, however, the phone looks a little…well, predictable – even the quad-camera unit is in a capsule-like enclosure towards the left (not in the center as we saw in the OnePlus 8 and 8 Pro). It has the buttons in the normal places – the notification slider and power/display button on the right, the volume rocker (rather than two separate buttons) on the left, the USB type C port on the base, flanked by a speaker grille. The top is plain,

In terms of size and feel, the Nord is slightly smaller and lighter than the OnePlus 8, and at 8.2 mm, it is reasonably slim. But to call it a OnePlus 8 Lite would be unfair, as it has a very different identity and design – that color on the back, the location of the cameras and of course that flat rather than curved display with dual punch holes. It feels solid enough and will fit most hands, although it remains a tall phone. We would not call it a style icon, but the blue variant will make people stare.

The Nord’s hardware, though, might not draw the same level of approval. Yes, the display is a very good 6.44 inch AMOLED one with full HD+ resolution and a 90Hz refresh rate and seems bright and colorful (not Samsung level colouurful, though), but beneath it, running the show is a Qualcomm Snapdragon 765 processor, similar to the one we saw in the Vivo X2 Pro. It comes paired with plenty of RAM (6 GB, 8 GB, and 12 GB depending on the variant you pick), and well, it is highly spoken of, but it does represent a move away from the 800 series of processors which many consider to be “true” flagship processors. 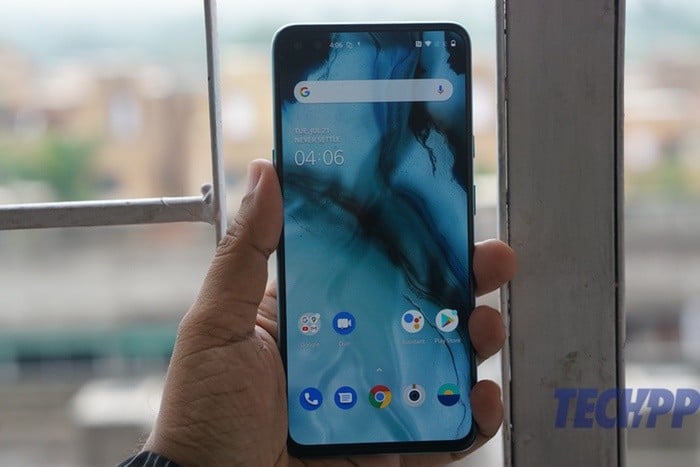 Then there is the matter of cameras, a bit of an Achilles Heel for OnePlus. The Nord has a quad-camera arrangement at the back but the 48-megapixel main sensor is a Sony IMX 586, which is now a little on the older side, although it is a very good performer, and comes with OIS. You also get an 8.0-megapixel ultrawide sensor, a 5-megapixel macro sensor and a 2-megapixel depth sensor – sorry, no telephotos here, folks. The front of the phone however sees OnePlus finally moved ahead of the 16-megapixel selfie snapper zone (where it has lived since the OnePlus 3T), adding a 32-megapixel main sensor and an 8 megapixel ultrawide. We are hoping that OnePlus has put in some serious software magic into these snappers because on paper, they are not exactly overwhelming, given what the competition has to offer.

And it is software where we suspect the Nord will be looking to steal a march on its rivals – it comes with OnePlus’ Oxygen UI, running on top of Android 10. It might not be everyone’s cup of tea (especially if you love bells and whistles and lots of features) but it is clean, has no bloatware, and gets updates at a surprisingly regular frequency. This is the closest thing you can get to a stock Android phone at this price point. 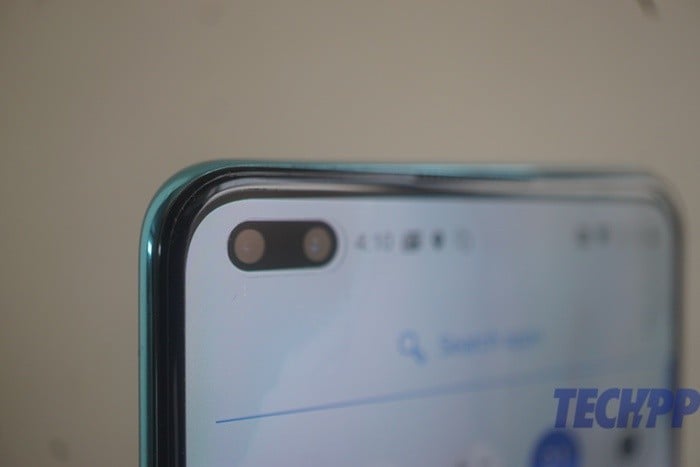 It is also the most affordable 5G phone you can get in the market, and also comes with Bluetooth, Wi-Fi, and GPS. We were a little disappointed not to see stereo speakers, though, especially considering how OnePlus accommodated them in the 8 series. There is no wireless charging either (although it is a rarity in this segment), but OnePlus’ Warp Charge is very much there, with a 30W charger in the box to power up the reasonably big 4115 mAh battery. Once again, props to OnePlus for fitting in a relatively large battery in a device that does not feel too bulky or heavy.

Settling for a successful return? 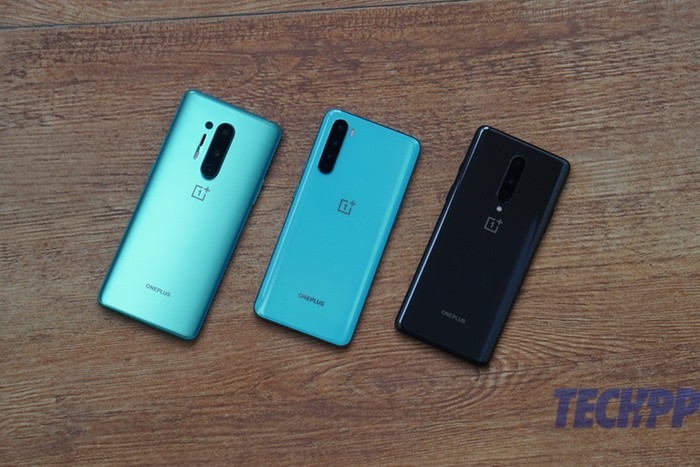 All of this comes with price tags of Rs 24,999 for the 6 GB/ 64 Gb variant, Rs 27,999 for the 8 GB/ 128 GB variant, and in our estimation, the best bargain of them all, a 12 GB/ 256 GB variant for Rs 29,999. OnePlus is back in the Rs 25,000-30,000 zone, Will it boss again, like it once did? Well, it faces a fair deal of competition from the likes of the Oppo Reno 3 Pro, the Realme X2 Zoom, and the still resilient (and very attractive) Redmi K20 Pro. And of course, there will be those who will look just a bit further ahead and be tempted by the still fantastic OnePlus 7T and the most affordable Snapdragon 865 device in the market, the iQOO 3. It is a heck of a challenge and how well the Nord fares against it will be revealed in our review. Stay tuned.

As of now all we can say, and we think we speak on behalf of almost everyone who bought a OnePlus during and before 2017 is:

Was this article helpful?
YesNo
TechPP is supported by our audience. We may earn affiliate commissions from buying links on this site.
Read Next
How to Pixelate or Blur Content on an Image on OnePlus Phones
#First Cut #First Impressions #hands on #oneplus #OnePlus Nord