Back in March, Facebook had launched the “More Together” ad campaign that was focused on the platform’s app and aimed to highlight the power of connection over the medium. Soon after, the world came face to face with the COVID pandemic which left many people locked inside their homes. Staying in came with its own set of problems and digital platforms like Facebook did become a solution to many of these problems. To highlight some of these solutions and how Facebook has been a helping hand to many in these “stay inside” days, Facebook has recently added a few more ads to the More Together ad campaign. 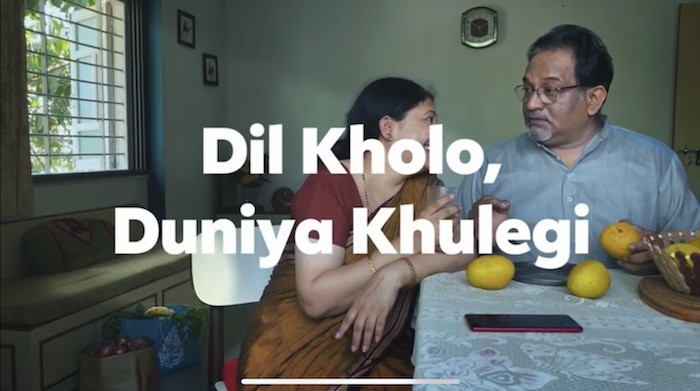 Half a minute of consistent messaging

The social media platform recently added four ads in the campaign, all of which were half a minute long and had the same basic message. The first ad featured an elderly couple whose daughter lived away from them. In the wake of the pandemic and how it is particularly dangerous for the elderly, the couple gets a strict warning from their daughter to stay indoors. She tells them that she is doing something on Facebook to help them with their daily needs. The couple confirms that the initiative on Facebook helped them as someone delivers them groceries and medicines that they need on a daily basis every week.

The second ad features a couple of roommates finishing some kitchen chores. They mention how their maid has gone back to her village because of the lockdown and they have been running all their errands on their own. But because she had gone back to her village where they could not reach her, transferring her salary was becoming an issue. To solve this problem, one of them posted about it on Facebook and found a person who lived nearby and they sent money to her through him.

The third ad features a doctor who has been working through this crisis. Because she is working at the hospital, she mentions that she could not go home as she had to keep her family safe as well. In these times, she needed to rent a place near the hospital to be able to keep working. She posted about this on Facebook and help came pouring in. She mentions how because of this, she and many like her may not be able to go home but are not homeless.

The fourth ad features a mother with a hyperactive kid and a passive husband in the background. She mentions the struggles of being at home, attending to office work, house chores, and her son. She mentions how she posted about her struggle on Facebook and young parents like herself responded to the post and how they created a system where each parent takes some time out of their schedule to teach their kids something every day and how that time frame provides a much-needed break to the busy parents.

All four ads end with the text, “Dil kholo, Duniya khulegi” (open your heart and the world will open) followed by the company’s logo and the campaign name, More Together on the screen.

It might sound insensitive but Covid-19 has offered brands a new cow to milk. After creating ads that were based on the same old topics, problems and solutions, now brands can focus on ads related to the pandemic and while the situation that we are in is not the greatest, these ads when done right, do tend to come in as a ray of hope and spread positivity while trying to promote their products and services. Facebook has tried to do something similar with the recently added spots in the More Together ad campaign but seems hat the brand has not really put in a lot of effort in the ads.

Simplicity does not always work

We are glad that Facebook has kept the ads short – all of the ads are exactly 30 seconds long. The message they are trying to sell is not that elaborate for which we think 30 seconds was more than enough. And the ads use every second of the time – there is a bit of a build-up but we think that’s necessary in order for the viewers to get the final message. Could they have been a tad more direct? Perhaps but we did not really mind the length.

What we did mind was the fact that even though these stories were these positive testimonials that were supposed to move us and make us believe how Facebook is the only solution to all our pandemic problems, we did feel they actually could not really sell it. Blame it on the lack of conviction from the brand’s end (the “just post it on FB” thing is just too simple, and seems to ignore other options – what about a phone call to your friends in the neighborhood?) or call us cynical, the ads really did not work for us. Simply because the solution they projected was too simple.

Unlike ads from Google, Apple or Facebook’s very own WhatsApp that managed to get their message across all loud and proud and with depth and nuance, Facebook’s effort on the other hand felt a little well, surface level, not deep enough.

The social media platform has also used Hindi to get the message across and while we do not mind it, we do think it limits the ads’ audience and targets them at North India in particular as opposed to the entire country. It was also funny to see some of the same names appear in the comment section of all four ads. Facebook has such a wide user base, coming up with different profiles (real or fake) is the least the brand could have done in the ad. Like, you had one job, Facebook. One job

The ads sell Facebook well – we have to give the brand that. They do put the platform on a pedestal and highlight Facebook as a solution. If we did not know any better, we perhaps would have believed that posting a Facebook status will solve all our problems but hey, we know a little better than that. The platform does work and is a very powerful tool when it comes to connecting people. But we felt the brand could have done some more to highlight that instead of presenting it as a one-stop solution for all our issues.

Dear Facebook,
Please make ads that are ‘More Together’ than this, we believe you can do it.

Was this article helpful?
YesNo
TechPP is supported by our audience. We may earn affiliate commissions from buying links on this site.
Read Next
Activate WhatsApp Companion Mode: Here’s What You Need to Know
#facebook #Tech Ad-ons #WhatsApp