It’s the Indian smartphone market’s version of El Clasico. Whereas in football, the term refers to a clash between two of the oldest rivals in the game, Real Madrid and Barcelona, in the Indian smartphone market over the past two years, it can be used to refer to the regular face-offs between Redmi and Realme. The number one brand in the country against one of the fastest-growing brands in the country. Rare indeed is the quarter in recent times that have passed off without the two brands crossing swords in a particular price segment. 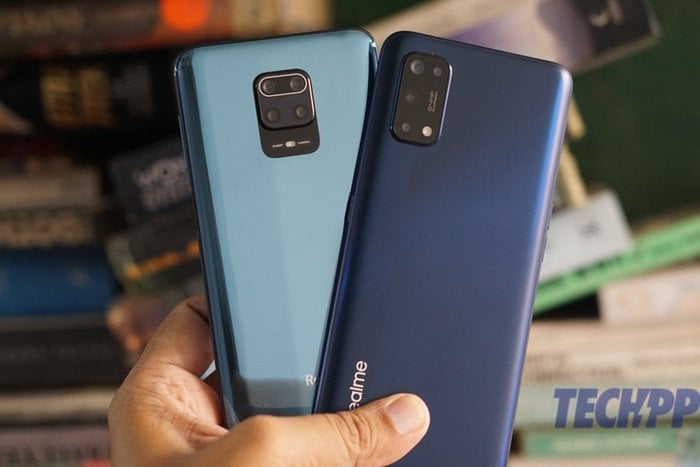 So which one of the two should you go for? Let us try to break it down for you.

This is pretty much a winner for the Realme 7 Pro in our books. It is not as if the Note 9 Pro max looks bad. It is a rather handsome device and its square camera unit gives it a rather distinct look. But the Realme 7 Pro’s slightly dual-toned back looks a lot more classy. What’s more, the 7 Pro is far more compact, being 160.9 mm long as compared to the rather massive Note Max which is 165.5 mm long, and lighter too, 182 grams against 209 grams.

But but but doesn’t the Realme 7 Pro have a carbonate (“yuck, plastic” as per some) back!

We thought this deserved a mention. Yes, the Realme 7 Pro has a carbonate back as compared to the glass one on the Redmi Note 9 Pro. But we still think the 7 Pro looks better and more distinct than the Note. It does not feel fragile either. One of those cases which in our books proves that if handled well, carbonate can look superb. Mind you, we do think that the Note wins when it comes to splash resistance – the 7 Pro has no rating whatsoever.

Realme 7 Pro vs Redmi Note 9 Pro Max: Back to front, who’s got the better display? 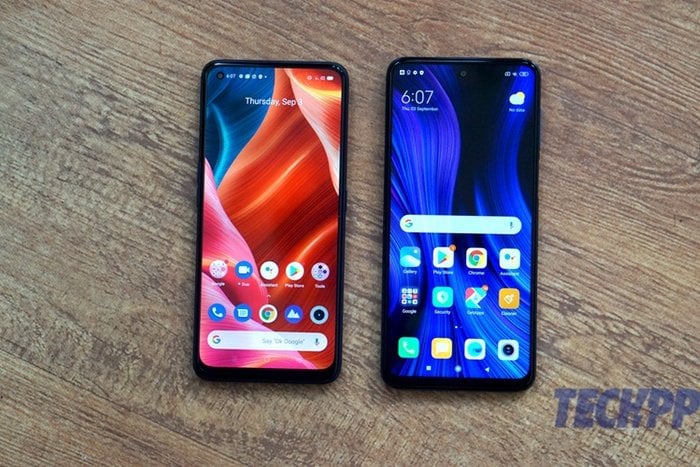 On paper, the force seems to be with the 7 Pro here as it comes with a 6.4-inch Super AMOLED full HD+ display. The Note has a larger 6.67-inch full HD+ display of the same resolution, but it is an LCD one. But in actual performance, the Note’s display was not too far behind the one on the 7 Pro. Yes, the 7 Pro takes this round with its slightly more punchy colors and slightly deeper blacks (if that matters), but the difference is not a large one. Indeed some might not notice it – a few even preferred the display of the Note as it was simply big and bright!

Which has the better processor?

Well, this is a tight one to call. For the simple reason that both devices have the same chip – the Qualcomm Snapdragon 720G. It is a tie here.

We got memories, who has better RAM and storage?

It is again even-stevens here. Both phones have 6 GB/ 128 GB and 8 GB/ 128 GB RAM and storage variants. Both have expandable memory and dedicated micro SD card slots. The Note does have a 6 GB/ 64 GB variant, but both of these are very well matched again.

Let’s get serious. Who has better cameras? 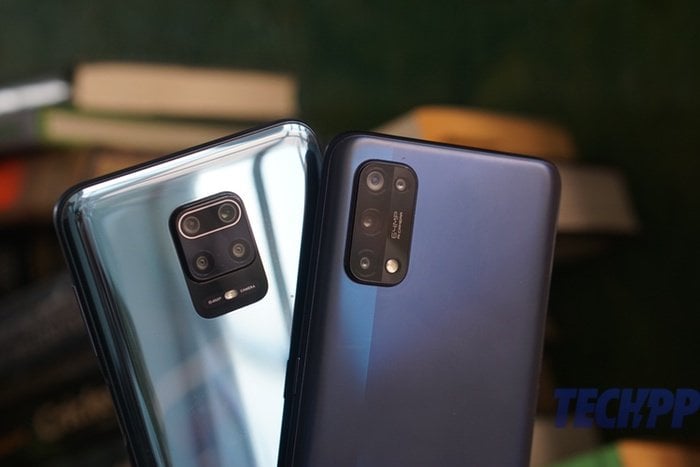 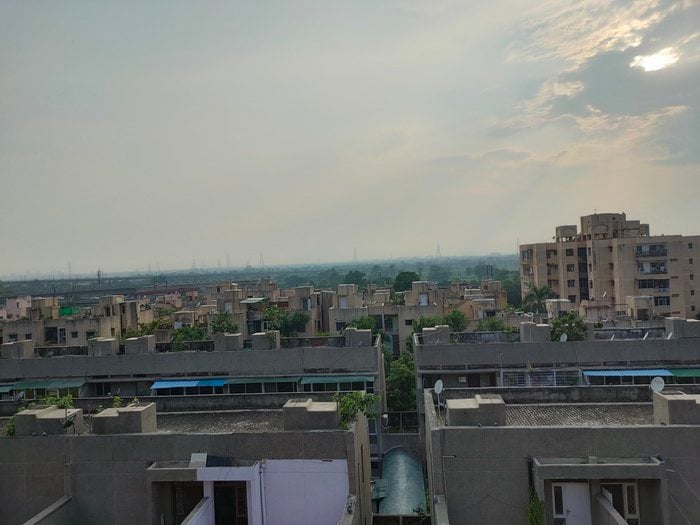 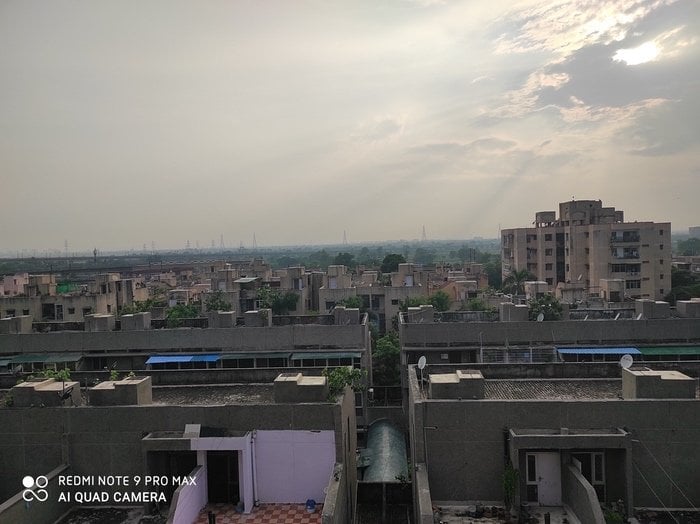 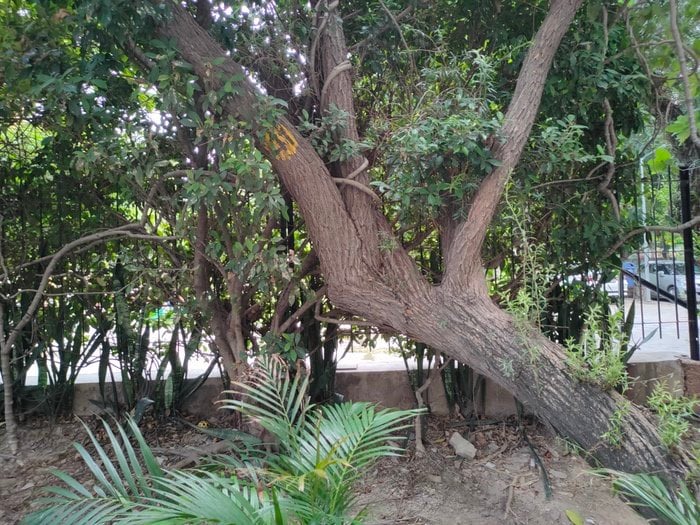 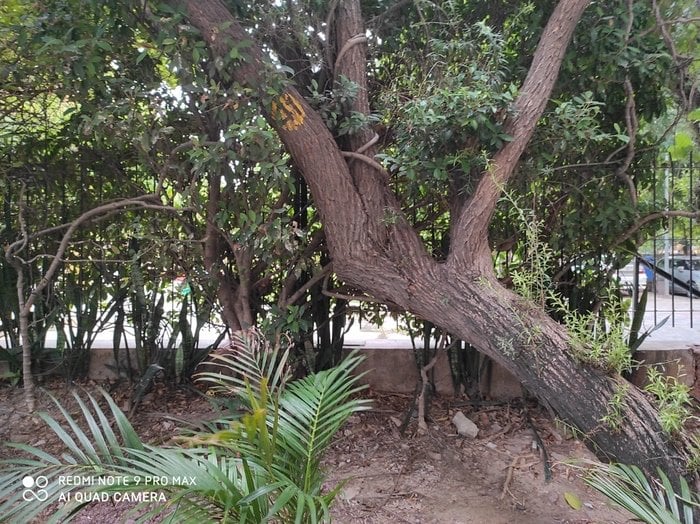 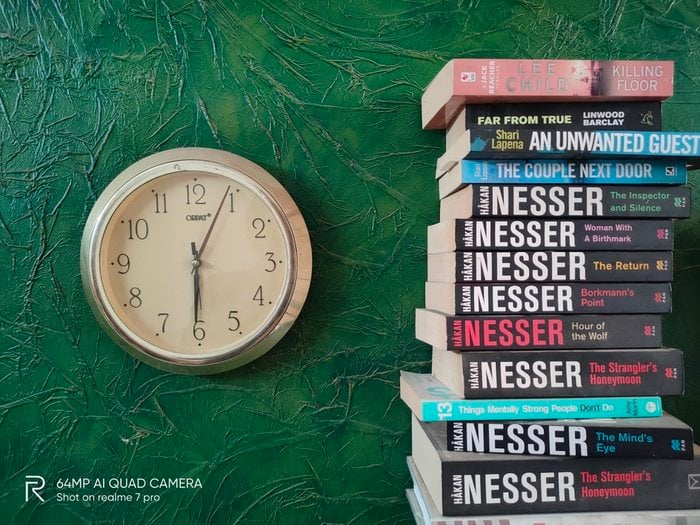 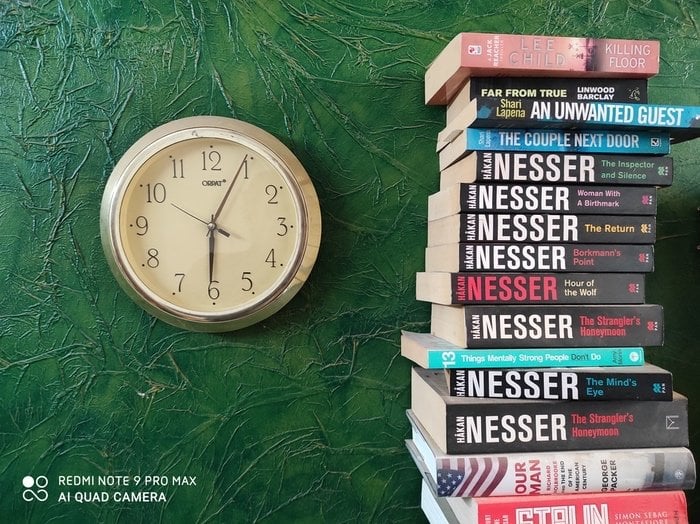 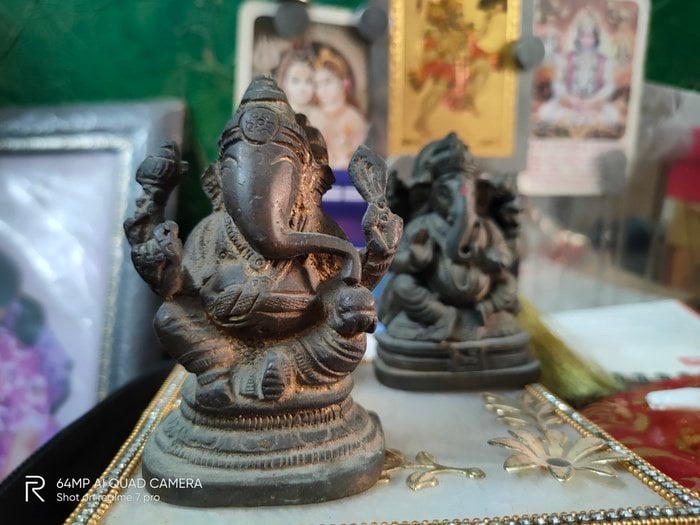 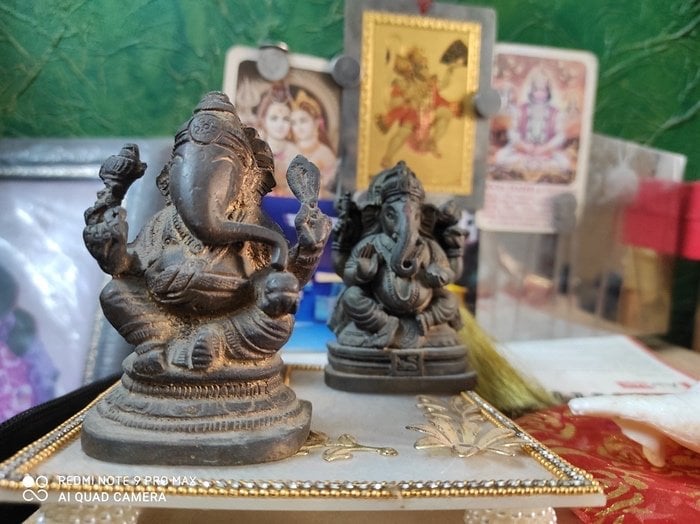 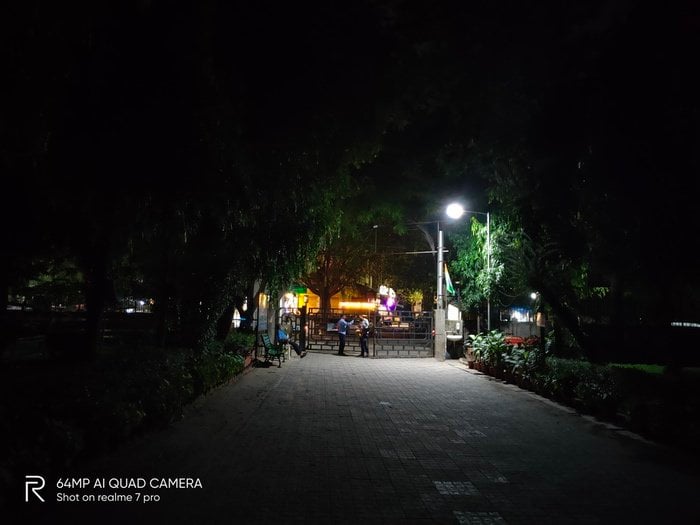 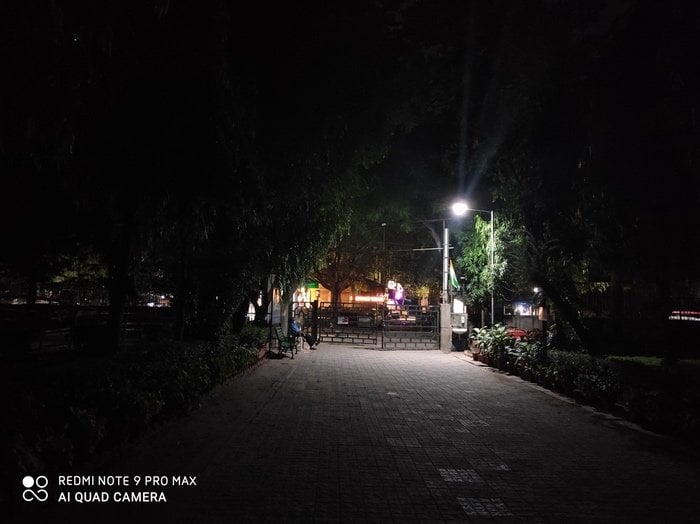 On paper, you would think that the Realme 7 Pro would run away with this one, but actually the Redmi Note 9 Pro Max puts up a very good performance and surprisingly matches the 7 Pro in daylight. We would even go so far as to say that the 9 Pro Max actually seems to deliver more pleasant (if slightly saturated colors). The 7 Pro does a better job in low light conditions, and also seems to have a slight edge in the video. But all said and done, this one gets tied. And we are surprised.

I wanna shoot myself – who’s got the better selfies? 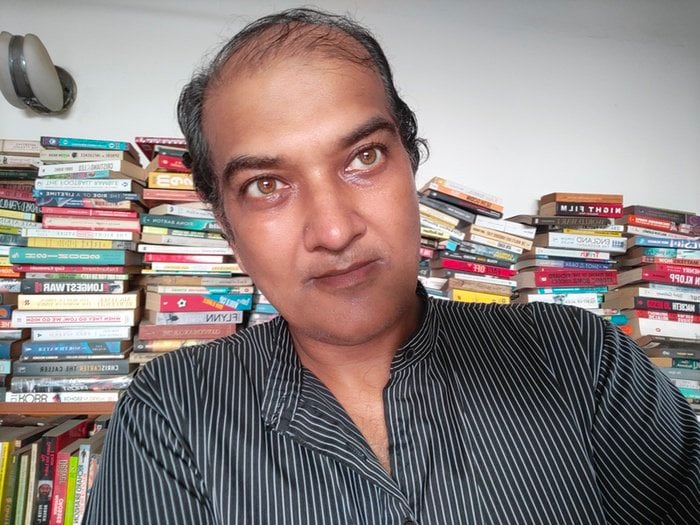 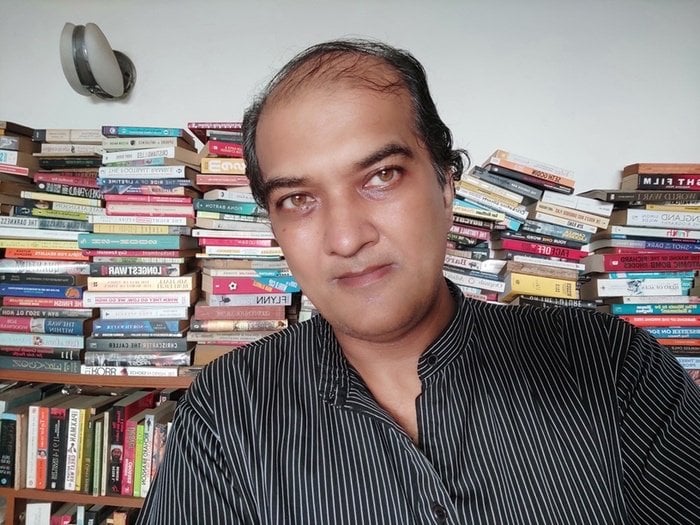 Both phones come with 32-megapixel selfie snappers. But this time we think the Realme 7 has a slight edge. Colors were similar on both devices, but we felt the Realme had a bit more detail than the Note. Selfie lovers will prefer the Realme 7 Pro, we suspect.

Realme 7 Pro vs Redmi Note 9 Pro Max: Which is better for gaming?

In terms of sheer performance, there’s not too much to separate these two. After all, they have a similar chip and processor. The Redmi comes with a bigger display which some might prefer (given that the Realme’s AMOLED is not exactly miles ahead), but what REALLY tilts the scale towards Realme are its stereo speakers which frankly add a whole new dimension to gaming. The speakers win this round for the Realme 7 Pro.

And for watching videos and for multimedia?

Read the answer above. The bigger display of the Note might attract some, but we think the speakers really make the Realme 7 a better multimedia device.

Skin it – Which has the better software? 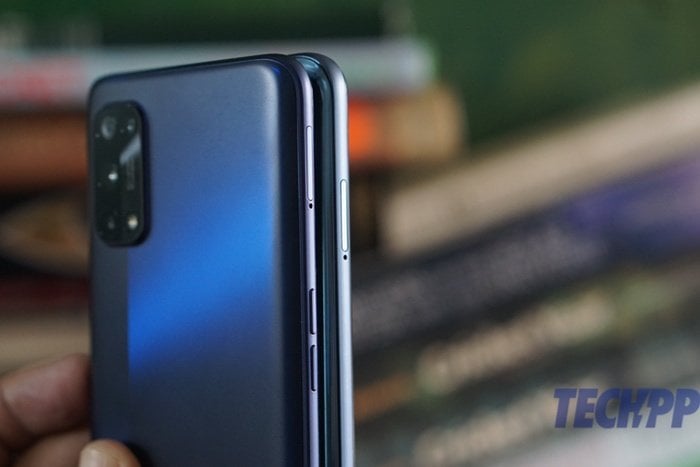 It is a clash of two Android skins – Realme UI (which is very similar to Color OS) and MIUI, both running on top of Android 10. And well, which one you prefer is purely a matter of individual taste. Both interfaces also seem to have ads in them, which can be turned off. We are casting our vote for MIUI here as the Redmi Note is due to get the MIUI 12 update which is one of the most promising we have seen in recent times in terms of features and smoothness.

Get a (battery) life – which lasts longer?

Well, both phones come with big batteries. The Realme 7 Pro has a 4500 mAh battery while the Redmi Note 9 Pro Max comes with a 5020 mAh battery. And both batteries easily see off a day of normal usage. If we had to push for one, we would go with the Redmi Note here because, with a bit of careful use, it could even last two days. Realme 7 Pro can get you about a day and a half with careful usage. 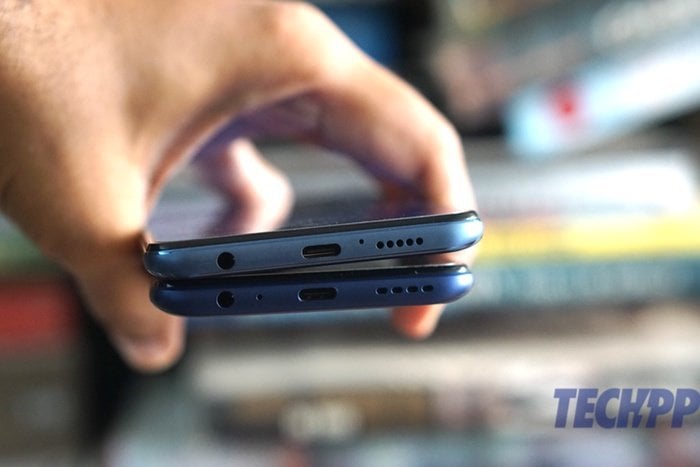 This is where the Realme 7 Pro REALLY comes into its own. The Redmi Note 9 Pro Max is very decent in the fast charging department – there is a 33W charger in the box that charges the 5020 mAh battery in about 75 to 80 minutes. That’s very impressive. UNTIL you consider the fact that the Realme 7 Pro’s 65W charger with SuperDart Charge charges the 4500 mAh battery in the phone in less than forty minutes. That is borderline crazy. That said, the Note 9 Pro Max does not do badly in this. It is just up against the very best.

This is rather important, as it affects everyday use. The Note 9 Pro Max has a fingerprint scanner on the side doubling up as a power/display unlock button, while the Realme 7 Pro has an in-display one. We have made our feelings rather clear about which one we prefer (the one on the side) and these two devices have done nothing to change our minds. The in-display scanner might seem more snazzy and modern but it is markedly slower than the one on the side. No, it is not a dealbreaker, but the Redmi Note unlocks faster and more smoothly than the Realme 7 Pro (interestingly, the Realme 7 has a scanner on the side!).

What about general stuff? 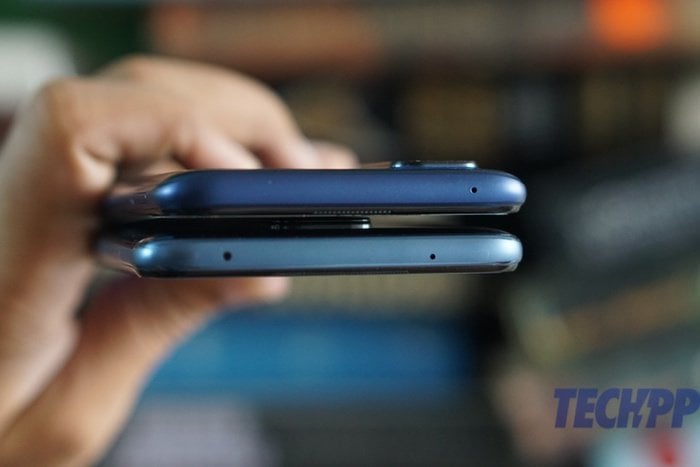 Well, it is a bit of a tie there. We felt the Redmi Note handled calls better but then the Realme 7 Pro was easier to use because of its size (the Note 9 Pro Max is a bit of a slab). If you are all right with bigger phones, you might like the Note more, but if you want a more compact one, the Realme 7 Pro would do better. Both have broadly similar connectivity options, but the Redmi Note comes with an infrared port, which allows you to use it to control other gadgets like televisions and air conditioners.

Redmi Note 9 Pro Max vs Realme 7 Pro: Which has a price edge?

Realme 7 Pro vs Redmi Note 9 Pro Max: Which is the better option? 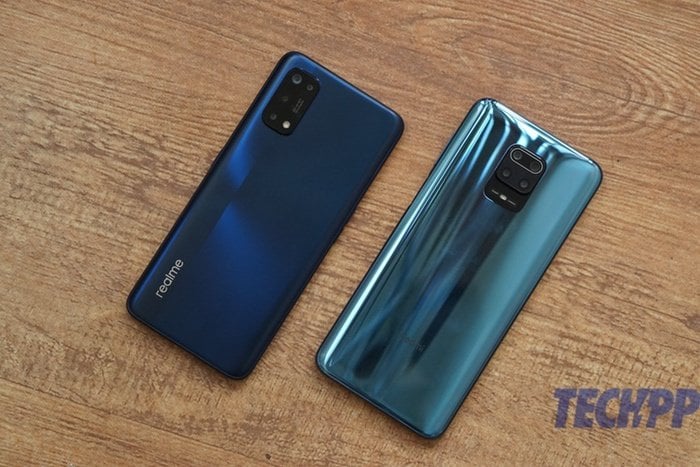 All said and done, the two phones are very evenly matched. The Note 9 Pro Max might have a clear price edge, but then the Realme 7 Pro DOES offer something extra for the extra bucks it seems to charge – better sound thanks to those stereo speakers, an AMOLED display (for those who prefer them), a more eye-catching design and compact form factor, and well, THAT crazy fast-charging battery. It all depends on what matters to you. Want an all-rounder with a big screen and big battery on a tight budget? The Redmi Note 9 Pro Max it is. Want AMOLED, stereo sound, slightly more snazzy design and battery that charges at an unbelievable speed, and are willing to pay a little extra for it? The Realme 7 Pro should be perfect for you.

As always, it all depends on what you need, and how much you are willing to pay for it.

Was this article helpful?
YesNo
TechPP is supported by our audience. We may earn affiliate commissions from buying links on this site.
Read Next
Snapdragon 782G vs Snapdragon 778G Plus: What Has Changed?
#comparison #Face Off #Realme #realme 7 pro #Redmi #Redmi Note 9 Pro Max #xiaomi