Earlier this year at WWDC, Apple’s annual developer conference, Apple made a big announcement that it’s working on custom ARM-based chipsets for its Macs and had said that the first Mac computers with this custom Apple Silicon will be made available at the end of 2020. That day finally came when yesterday, Apple unveiled a new MacBook Air, a Mac Mini, and a new MacBook Pro 13-inch with the all-new M1 chipset developed locally. 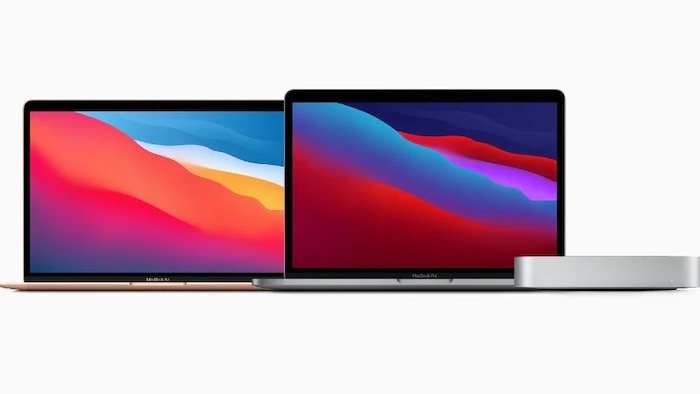 Up until yesterday, Apple used CPUs and GPUs from other manufactures like Intel and AMD on its Mac computers and while some devices still carry Intel processors, Apple is working on gradually migrating the entire lineup of Mac computers to its own Silicon. This way, Apple will have complete control over its machines just like it does with the iPhone since both the hardware and the software would be directly handled by Apple.

A lot of industry experts are referring to this move as “game-changing” and “ground-breaking” but having no detailed stats about performance yet apart from Apple’s very un-elaborate graphs means we only have to rely on the spec-sheet to determine all the new changes in the new Mac computers. We will specifically be concentrating on the new MacBook Pro 13-inch variant in this article, which seems to be the most “Pro” machine with the M1 chipset as of yet.

What has changed – MBP Intel vs MBP M1

The new M1 chip also brings with it, improvements to Machine Learning with up to 11 times faster execution of ML algorithms and also an advanced camera ISP and advanced level of security that Apple is known for. Along with these performance improvements, an in-house chip when paired with in-house software also helps the endurance a big deal which is indeed the case with the new MacBook Pro 13. The M1 chip enables battery life of up to 20 hours on the MacBook Pro which is the best battery life on a MacBook to date and is 10 hours longer than the previous generation MacBook Pro 13.

While that’s the hardware side of things, the new MacBook Pro 13 will come with macOS Big Sur out of the box which is a monumental update to macOS since it brings support for mac computers running on both Intel processors and Apple Silicon. There is a cross-compatibility of software on both platforms and one can even run iPhone and iPad apps on macOS Big Sur.

What has not changed?

While the core component that has changed on the new MacBook Pro resides on the inside, the exterior of the computer remains unchanged. The aluminum chassis is the same that we’ve seen on previous generations of the MacBook Pro and so is the 13.3-inch Retina display with P3 wide color gamut. The Magic Keyboard and touch bar are also retained and unlike the new MacBook Air, the Pro retains active cooling which basically means the fan kicks in to regulate the thermals.

The base config has 8GB of memory and 256GB of SSD storage which according to Apple are also faster than previous generations and can be configured up to 16GB for the RAM and up to 2TB for storage. There’s support for Wi-Fi 6, TouchID, and Apple has an array of microphones that is claimed to be of studio quality.

The new 13-inch MacBook Pro starts at $1299 for regular consumers and $1199 for Education and will start shipping from November 17. Going by Apple’s claims, the performance boost on the new MacBook Pro does seem like a big upgrade compared to the Core i5 and i7 chips from Intel. It is a first-gen product, though, and a lot of third-party apps may have compatibility issues but Apple claims Rosetta 2 can handle conversions without any issues. We are looking forward to testing out the MacBook Pro 13 to compare the performance gains with the last generation computers and see if there is indeed a massive improvement.

Was this article helpful?
YesNo
TechPP is supported by our audience. We may earn affiliate commissions from buying links on this site.
Read Next
Best Places to Buy Refurbished MacBook or Mac [2023]
#apple #Apple M1 #MacBook Pro