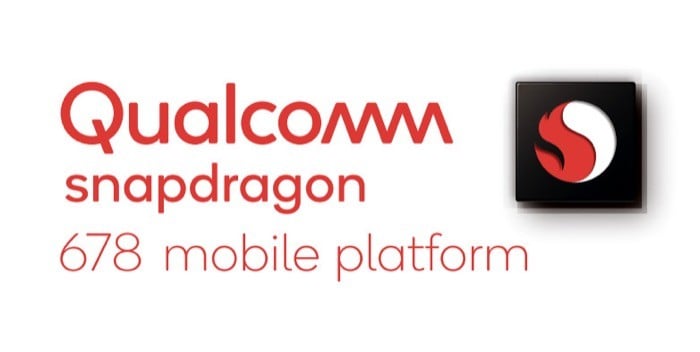 The Snapdragon 675 was a moderately powerful mid-range chip for its time and made its debut in India with the Redmi Note 7 Pro. It was touted to be faster than even some 700 series chips from Qualcomm like the Snapdragon 710 so it is fair to say that the Snapdragon 678 will in most probability be a good follow-up. Qualcomm seems to be focusing majorly on the immersive entertainment aspect of the Snapdragon 678 with claims of upgraded performance, improved camera features, and enhanced streaming capabilities.

The Qualcomm Snapdragon 678 has a CPU architecture consisting of Kryo 460 cores clocked at up to 2.2GHz and for graphics, it gets the Adreno 612 GPU. Qualcomm’s Spectra 250L ISP aids with image processing from the cameras and can power sensors up to 48MP and can even shoot videos in 4K. The X12 LTE modem handles connectivity which means unlike a lot of new mobile platforms from Qualcomm, the Snapdragon 678 is not a 5G enabled chipset which makes sense given it is targeted towards affordable smartphones.

Was this article helpful?
YesNo
TechPP is supported by our audience. We may earn affiliate commissions from buying links on this site.
Read Next
Snapdragon 782G vs Snapdragon 778G Plus: What Has Changed?
#qualcomm #SNAPDRAGON #Snapdragon 678