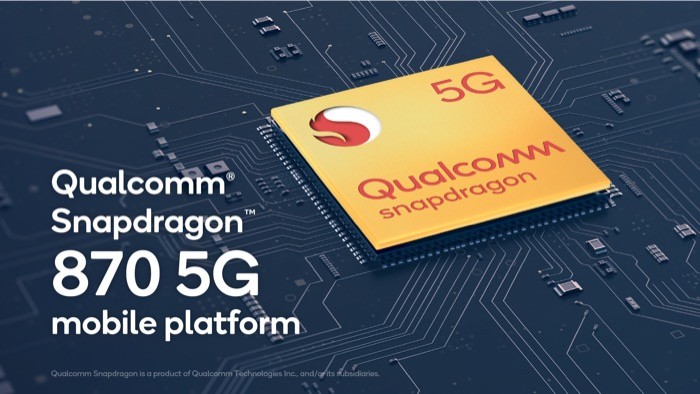 Moving on to graphics, the SoC comes with an Adreno 650 GPU, similar to the Snapdragon 865 Plus, which enables support for HDR gaming, along with HDR playback for codecs such as HDR10+, HDR10, HLG, and Dolby Vision. Needless to say, it also aids with the AI processing bits on the chipset. Talking of which, the SD 870 features Qualcomm’s Hexagon 698, similar to its predecessor. In terms of numbers, the company suggests that the Hexagon Tensor Accelerator aids the processor to deliver up to 15TOPS of performance with real-time AI translations.

As for gaming capabilities, the Snapdragon 870 comes with Qualcomm’s Elite Gaming, which offers a host of features to improve the gaming experience. Adding to this experience is fast connectivity and audio experience. The latest chipset comes with Qualcomm’s FastConnect 6800 system that offers Wi-Fi 6, with up to 1.8Gbps of speeds and Bluetooth 5.2, with support for Qualcomm’s aptX suite for Bluetooth audio. Needless to say, like most other chipsets that come out these days, the Snapdragon 870 also comes with 5G connectivity. For which, it has the same Snapdragon X55 Modem-RF system as the Snapdragon 865 Plus that allows support for both sub-6GHz and mmWave. In addition, it also has support for SA and NSA modes, along with DSS. Talking in specifics, the company claims transfer speeds of up to 7.5Gbps (downlink) and up to 3Gbps (uplink).

Moving to display, Snapdragon 870 incorporates support for up to 4K resolution displays at 60Hz or QHD+ displays at 144Hz. In addition, it also brings over support for 10-bit color depth and HDR10 and HDR10+ from its predecessor. When compared to the Snapdragon 865 Plus, these elements remain the same on paper.

In the optics department, Qualcomm has its Spectra 480 ISP on the Snapdragon 870, which promises up to 2gigapixels per second of processing speeds. The SoC allows for up to 200MP capture on the rear and either up to a single 64MP capture or up to 25MP (dual camera) capture on the front. In terms of video shooting capabilities, there is support for up to 8K capture at 30fps, along with the usual slate of features like MFNR, HEIF and HEVC capture, and more.

The Snapdragon 870 supports up to 16GB of either LPDDR5 or LPDDR4x memory. And, it provisions a USB Type-C (3.1) port with QuickCharge 4+ charging technology. 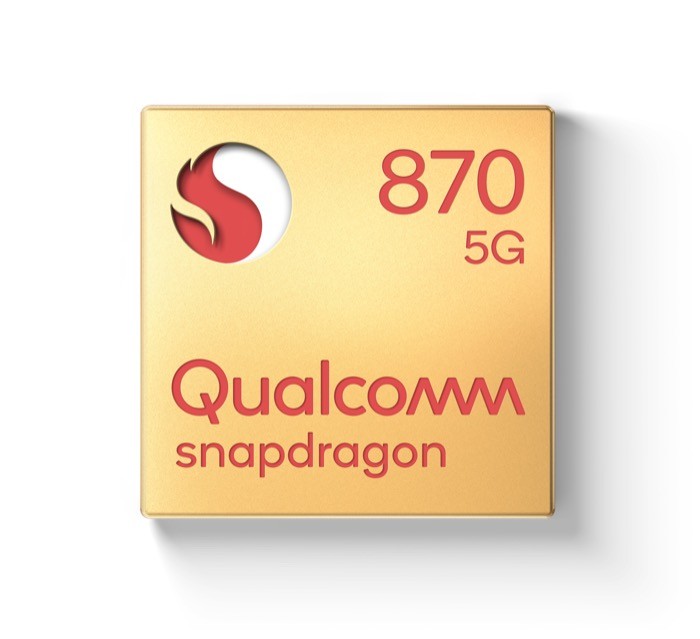 We will only know how well it performs and how much of an impact these changes account for once we have the SD870-powered devices out in the market. Talking of which, there are already a few OEMs who are interested in using the latest Qualcomm offering in their next-generation flagship smartphones. Some of these include the likes of Motorola, OnePlus, iQOO, and Xiaomi.

As for the timeline, Qualcomm suggests we can see smartphones running on the Snapdragon 870 5G in the first quarter of 2021 itself.

Was this article helpful?
YesNo
TechPP is supported by our audience. We may earn affiliate commissions from buying links on this site.
Read Next
Snapdragon 782G vs Snapdragon 778G Plus: What Has Changed?
#qualcomm #snapdragon 870