After having teased the device multiple times over the past few weeks, Realme has finally announced its (first) flagship smartphone for the year, the Realme GT 5G, in China. The Realme GT aims to capture the mid-to-high-end smartphone segment and competes with the likes of the Redmi K40 Pro. Some of the highlights of the device include 5G connectivity, 64MP cameras, and Android 11 out of the box. 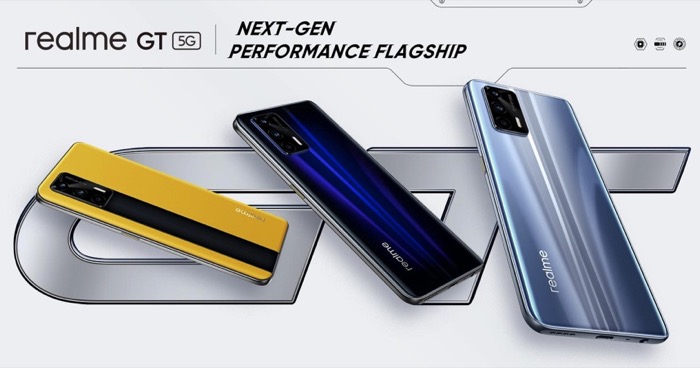 Starting with the design, the Realme GT 5G appears to have a design aesthetic that seems inspired by sports cars. There are two design versions for the device: glass and leather. Talking about the glass design, Realme has two different finishes for this one: Silver and Blue, both of which undergo different manufacturing processes. On the other hand, the other variant, Leather, comes in a Racing Yellow color with a dual-tone finish.

Moving to the front, the Realme GT features a 6.43-inch Full HD+ AMOLED display. The display comes in at a 20:9 aspect ratio with support for HDR10+ and 120Hz refresh rate.

In terms of performance, the Realme GT 5G has a Snapdragon 888 chipset running under the hood, coupled with up to 12GB of (LPDDR5) RAM and up to 256GB of (UFS 3.1) storage. The device has a 4500mAh battery to power the internals with support for 65W SuperDart fast charging. On the software front, the phone runs on RealmeUI 2.0 based on Android 11 out of the box. 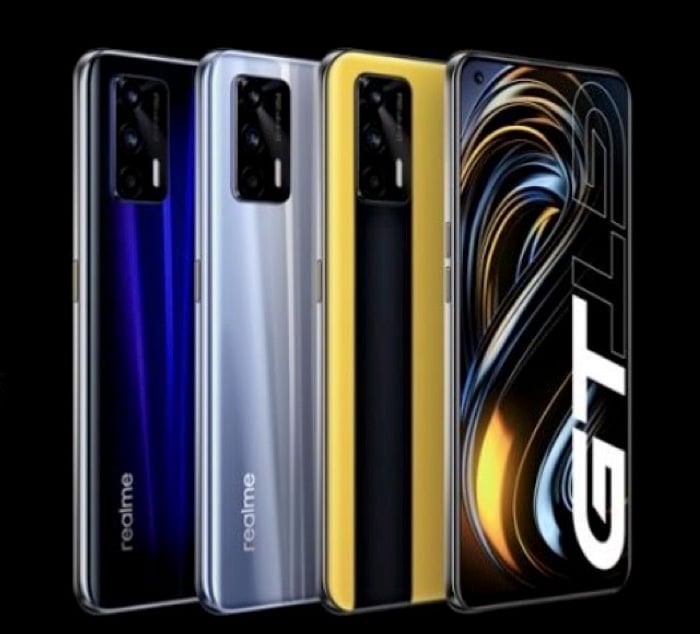 As for other specifications, the Realme GT comes with 5G (SA/NSA), dual 4G VoLTE, Wi-Fi 6E, Bluetooth 5.2, and NFC. It includes a 3.5mm audio jack and an in-display fingerprint scanner for authentication. In terms of audio, the smartphone comes with stereo speakers, Dolby Atmos, and Hi-Res audio.

Was this article helpful?
YesNo
TechPP is supported by our audience. We may earn affiliate commissions from buying links on this site.
Read Next
Realme GT Neo 3T Review: An Easy Recommendation but Not at MRP
#Realme #realme gt