The best gaming phone gets better

The Republic of Gamers or more commonly known as the ROG series from Asus is well-known for its gaming products and peripherals. Right from gaming laptops to pre-built PCs and from the past couple of years, some high-end, top-of-the-line smartphones catered towards mobile gamers and those who care for raw performance in a smartphone. While the first-gen ROG Phone was introduced late in India and carried a hefty price tag, the ROG Phone 2 competed right alongside the likes of OnePlus in terms of price and offered even more than some phones at a similar price point. 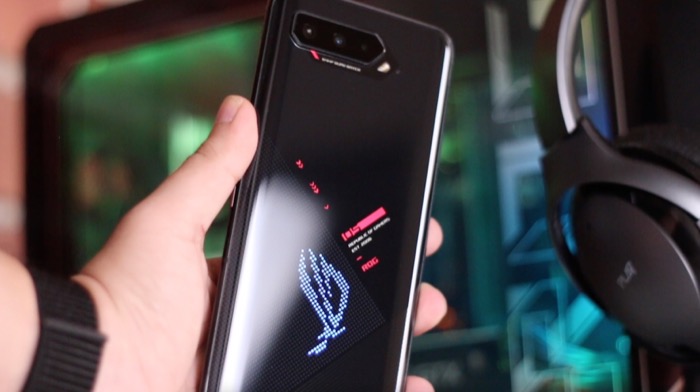 The ROG Phone 3, on the other hand, did not solely rely on undercutting the competition in terms of price but also delivered much-needed improvements and an overall package that was hard to ignore for a consumer looking to buy a flagship smartphone regardless of whether they were gamers or not. In fact, we even recommended it over the OnePlus 8 Pro to some people based on the sheer value and price-to-performance ratio that it offered.

When we heard that the new ROG Phone 5 was going to be launched soon, we were excited to see what more Asus could bring to the table given that they had already thrown in the kitchen sink with the ROG Phone 3. As expected, there are no major changes or a complete overhaul. Rather, Asus has focused on polishing the overall experience and fine-tuning some parameters, while of course upgrading the internals as per 2021 standards. We haven’t gotten a lot of time to spend with the ROG phone 5 yet, so these are just our initial impressions. Watch out for the full review once we have put the phone through its paces and that will help you decide if you should get the ROG Phone 5 or not. 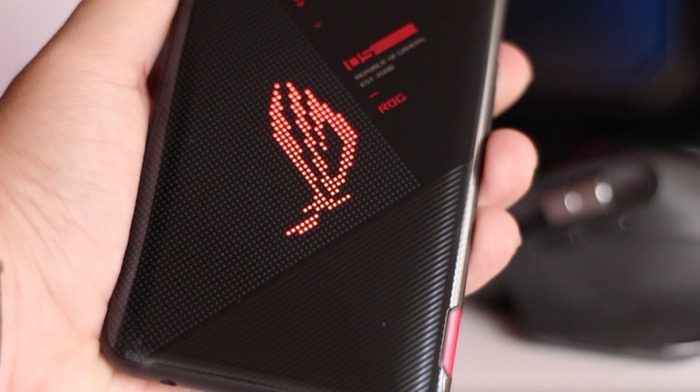 The ROG Phone has never been your average, generic-looking smartphone. Just as with anything “gamer”, the ROG Phone 5 has design elements that stand out like RGB lighting, boxy cuts, and the polygonal arrangement of camera sensors. The RGB lighting which is embedded into the ROG logo is arranged in the form of a dot matrix this time around similar to the one see on the Zephyrus G14 series of laptops from Asus. The new design looks cool and is accompanied by some text in bright red indicating the version of the phone. 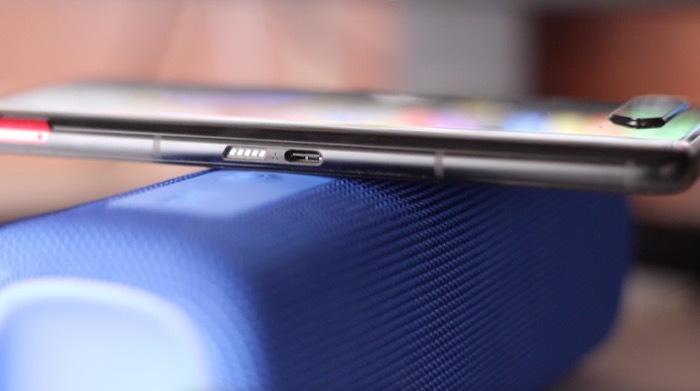 This seems to be the only major change in design while the rest of the smartphone largely (quite literally) remains the same as last year. A metallic frame that houses a USB-C port and a headphone jack at the bottom, another USB-C port along with some POGO pins on the right, and the usual set of buttons on the left accompanied by touch-sensitive shoulder triggers. 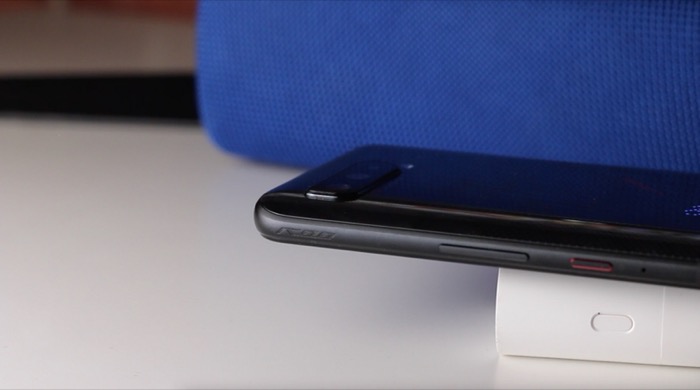 The triggers have been moved slightly closer to the edge of the phone for better reachability. The 3.5mm headphone jack was omitted on the ROG Phone 3 but looks like ardent gamers were not really a fan of that move so Asus has brought it back. Another slight tweak is that the USB-C port on the right edge used to be accompanied by another proprietary port used to connect accessories but Asus has replaced that with POGO pins. These connectors can be used to attach additional accessories like an aero-active cooler, a joystick, or a dock. 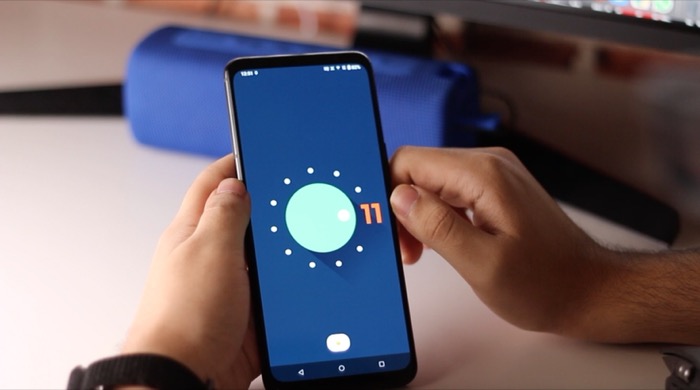 Qualcomm’s flagship SoC for the year is the Snapdragon 888 and being a gaming phone focused primarily on raw performance, the ROG Phone 5 is one of the first smartphones in India to come with the flagship chip. Needless to say, it is 5G-capable, and if you are into mobile gaming, you cannot go wrong with a phone running on the Snapdragon 888. Asus has worked on its UI over the years and the ROG Phone 5 gets a stock-like UI with Android 11 out of the box. While we cannot comment too much on the performance of the device, the phone feels snappy as ever with app-launching speeds being the fastest we’ve seen. 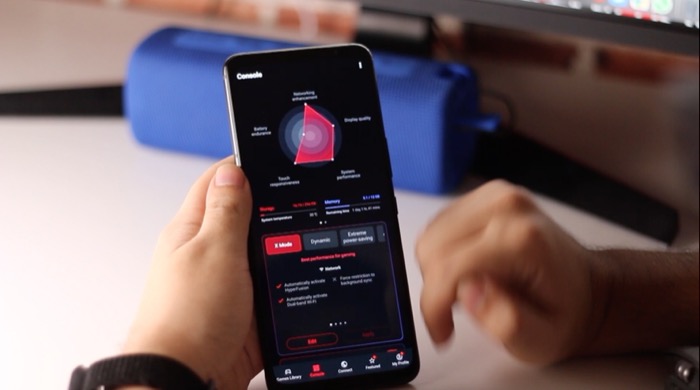 You also get a great deal of customization in terms of the gaming features and the RGB logo at the back using the Armory Crate app in-built. You can change the color of the light, check system configs like temperature, RAM, and memory used, assign different profiles for gaming, and configure the trigger buttons on a per-app basis. If you have the cooler fan attachment, you can even control the speed of the fan through this app. 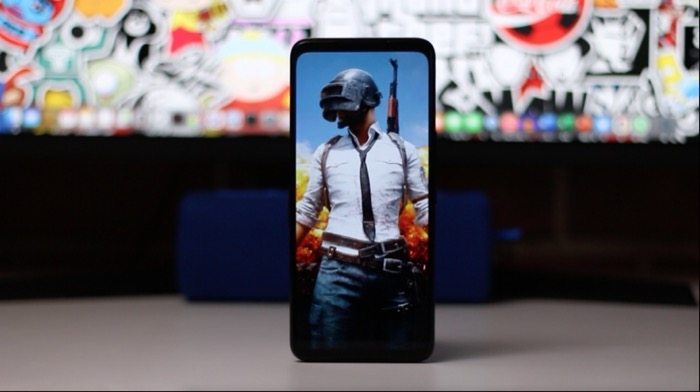 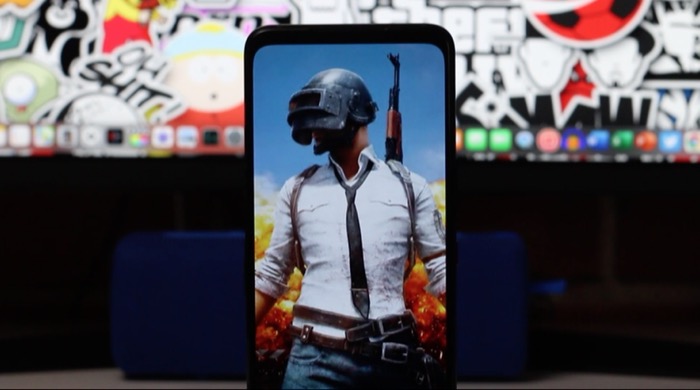 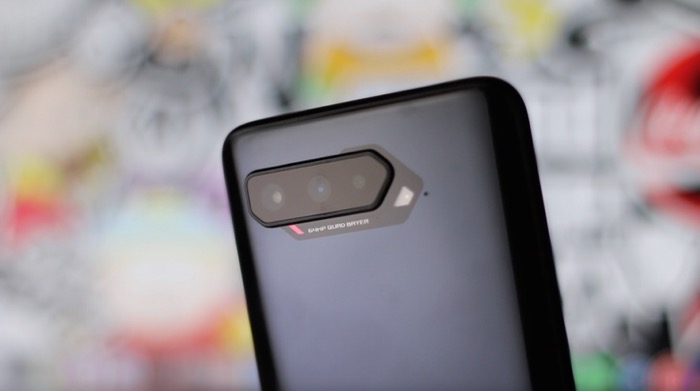 The ROG Phone 5 does not skimp out on cameras despite paying heavy emphasis to the performance. While we cannot show you samples as of yet, the camera sensor remains unchanged from last year’s ROG Phone 3 so you can expect similar results from the cameras on the ROG Phone 5. If you wish to get this phone and are contemplating because you are not sure how the cameras are going to be, watch out for our full review and that should help you decide.

The front camera is not housed in a punch-hole or a dew-drop notch like the competition, but Asus instead has decided to stick to its forehead + chin policy which allows them to put in a forward-firing stereo speaker setup on the ROG Phone 5 while providing gamers with some room to grip the phone while playing. 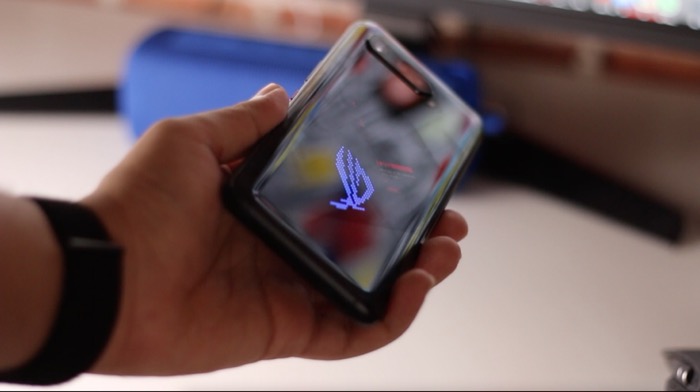 The ROG Phone 3 is a chunky piece of metal and glass and that can be attributed to the 6000 mAh battery inside that can power the device through hours of gaming sessions on the trot. There is a 30 W charger in the box for some fast-charging goodness and while we haven’t gotten around to testing the exact speeds, you can expect a full top-up in about 90 minutes if last year’s statistics from the ROG Phone 3 is anything to go by. Interestingly, the global variant gets a 65 W charger in the box which is a bummer. 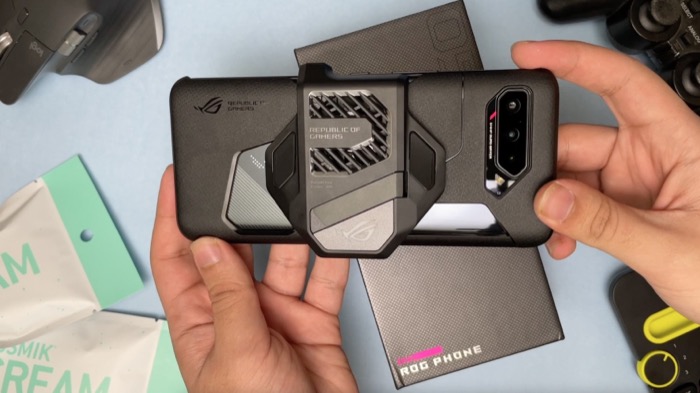 The Asus ROG Phone 5 has been launched in India at a price of Rs. 49,999 for the base 8+128GB variant which puts it in the ballpark of the yet-to-be-launched OnePlus 9 Pro if the OnePlus 8 Pro’s price from last year is taken as a reference. OnePlus seems to be building a lot of hype around the cameras on the 9 Pro since they have partnered with Hasselblad and that can be a deciding factor for a lot of people along with the brand value and software support that OnePlus carries. We will be using the ROG Phone 5 extensively and even pit it against its competitors to see if the price is justified and whether or not you should consider the ROG Phone 5 if you are looking to buy a flagship smartphone.