A virtual private network, better known as a VPN, is an essential privacy tool when you are logging on to the Internet. VPNs encrypt the data your computer or phone sends over the Internet. They send this data through “data” tunnels that hide your IP address.

VPNs prevent others from spying on your internet usage. They protect your computer from hackers and allow you to access websites without attracting the attention of marketers and local government agencies. They also help you access your favorite sites when you’re traveling abroad, without geographical restrictions.

And there are even situations where choosing the right VPN can make your internet run faster, but that needs a little explanation.

A lot of the time, using a VPN will reduce your connection speed

If you start with a fast and strong internet connection and then add a proxy server and encryption, you would expect your internet speed to decrease Most of the time that is exactly what happens. However, many customers report faster browsing speeds when they use the VPN. They are not the majority, their experiences offer a look at how the internet really works and how the VPN can improve your time online.

Your VPN and Internet Throttling

Even before the FCC repealed net neutrality for American consumers in 2017, Internet Service Providers, better known as ISPs, were practicing shaping and throttling. Shaping is the practice of lowering your internet speed after you reach a monthly download limit. Throttling is the slowing of Internet traffic during periods of high demand to prevent network congestion.

You’re probably already familiar with internet shaping if you have an “unlimited” plan. Internet throttling can occur when your internet service seems unusually slow at certain times of the day.

Recently, some ISPs have realized that they can justify higher fees by offering “fast lanes.” Basically, they turn a blind eye to the type of Internet traffic you generate, such as streaming high-definition movies, gaming, or downloading large files, if you’ve paid a fee to access “fast lanes.”

If your VPN hides your internet traffic, your ISP can’t see what you’re doing. It won’t slow down your connection speed when you stream movies, play games, or download large files because it won’t know you’re doing it on the Internet. They won’t be able to identify your traffic for shaping or throttling.

Your VPN increases the efficiency of your Internet traffic

Another problem with most ISPs is that they do not route traffic efficiently. There are many reasons why they do this, but the bottom line is that they slow down your internet connection. 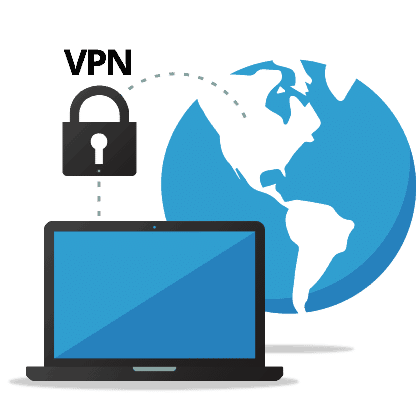 What is a VPN and why should you use it?
Read More

Using a VPN can stop that annoying spinning circle

You may find that your computer spends so much time buffering that it seems like you really spend most of your time waiting for your computer to buffer, or maybe not. Your VPN can help with this problem.

VPN software uses an encryption protocol that does not slow down your data transfer. You will not be able to find faster data encryption.

VPN optimizes the number and location of its servers. When you log on to the internet through a VPN, there will be a server nearby because it has such a large, global collection of servers.

How VPN Protects You

Take a look at how the VPN protects you. First, will it work with any wireless internet connection or just certain ones? There will be times when you connect to public Wi-Fi. Public Wi-Fi is great, but it also leaves you unprotected, not only can your information be grabbed after visiting a website, but anyone monitoring that Wi-Fi connection can take it. That means bank details, passwords, social logins, and so on. Your VPN needs to protect you whenever you visit websites through public Wi-Fi and when you use your mobile phone data.

Most VPNs out there have an app for both iOS and Android, but it’s still something you need to check and make sure. There are a handful that are either one or the other. There’s no point in going ahead with a particular app if it won’t install on your device.

Surfshark’s VPN checks off all these boxes. But it is also a personal preference as well. You need a VPN that doesn’t get in the way of your Internet experience, all while keeping you safe. For more information about Surfshark VPN, please click here.

Was this article helpful?
YesNo
TechPP is supported by our audience. We may earn affiliate commissions from buying links on this site.
Read Next
HitPaw Photo Enhancer: An AI-Powered Tool to Fix Your Blurry Photos
#Sponsored #VPN