While we already had several leaks, rumors, and marketing materials about the devices making rounds on the internet, Realme today finally unveiled the all-new Realme 8 series in India. The series includes two smartphones: Realme 8 and Realme 8 Pro, which come as successors to the Realme 7 and Realme 7 Pro. Let’s dive in to take a closer look at the specifications for both these devices. 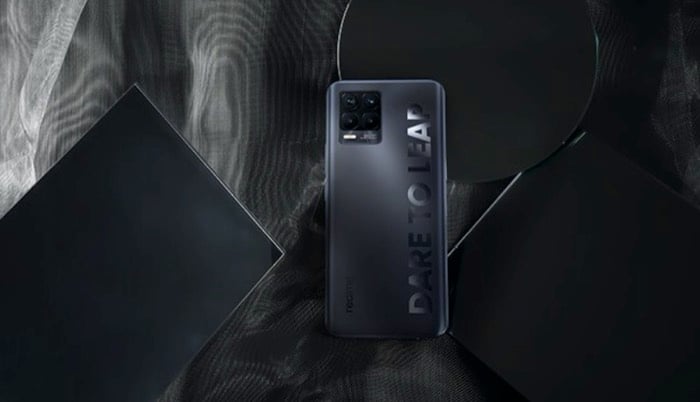 Starting with the design, the Realme 8 features what Realme is calling an “infinite bold design”, which it says is inspired by the digital design and “created through a split design and splicing process”. Towards the front, there is a 6.4-inch Super AMOLED display with a 20:9 aspect ratio. The display offers an FHD+ resolution and a 180Hz touch sampling rate. Realme 8 comes in two colors: Cyber Silver and Cyber Black. 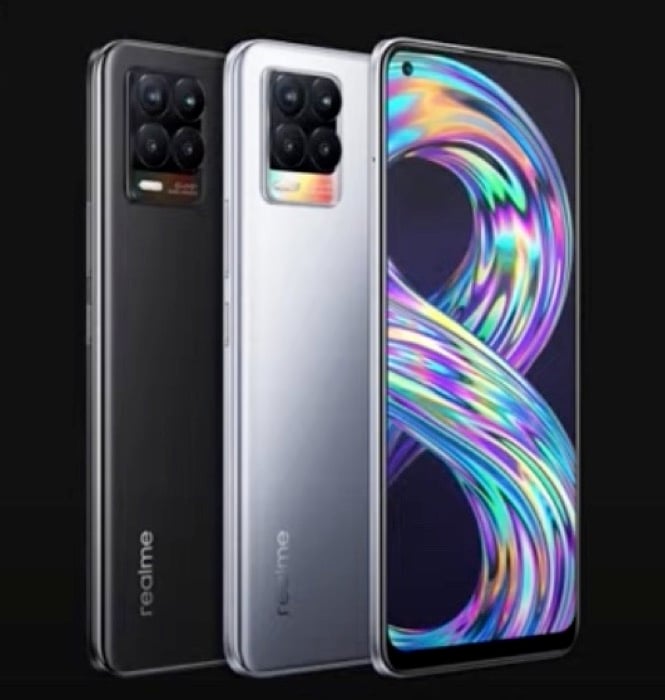 On the inside, the device runs a MediaTek Helio G95, which is an octa-core processor with up to 2.05GHz of clock speed and a Mali-G76 MC4 GPU to handle the graphics processing. Assisting the processor is 4GB / 8GB of (LPDDR4X) RAM and 128GB of onboard storage, expandable up to 256GB with a microSD card. To power the internals, there is a 5000mAh battery with 30W Dart Charge support.

As for other specifications, the Realme 8 comes with dual 4G VoLTE, Wi-Fi 802.11a/b/g/n/ac, and Bluetooth 5.1. It features an in-display fingerprint sensor for authentication and also comes with Hi-Res Audio certification. On the software front, the phone runs on realmeUI 2.0, which is based on Android 11 and offers a host of features.

Unlike the vanilla Realme 8, Realme has a different design approach for the Realme 8 Pro. It calls this the “Infinite Bold Design” that is said to be made using the AG-Crystal process to give the rear of the phone a textured finish. Moving to the front, there is a 6.4-inch Super AMOLED display with an FHD+ resolution. The display offers 1000 nits of brightness and a 180Hz touch response rate. Realme 8 Pro comes in three colorways: Infinite Blue, Infinite Black, and Illuminating Yellow. 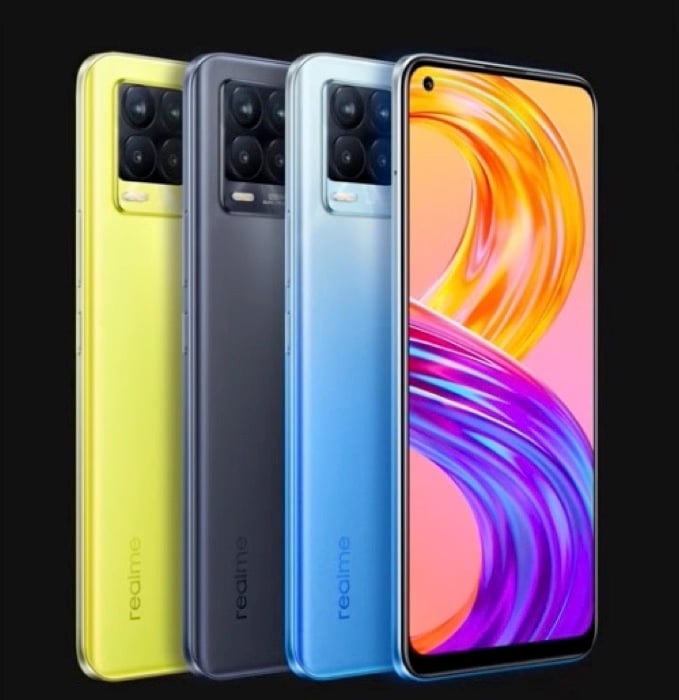 The Realme 8 Pro has a Qualcomm Snapdragon 720G chip running at its core. Snapdragon 720G is a 5G chipset built on the 8nm process technology and offers up to 2.3GHz of clock speed. And to handle graphics, the chipset has an Adreno 618 GPU. The phone comes with 6GB / 8GB of LPDDR4X RAM and 128GB of UFS2.1 of storage, expandable up to 256GB with a microSD card. Powering the internals is a 4500mAh battery with 50W SuperDart charging support. What’s more, the Realme 8 Pro comes with support for dual 5G, 4G, Wi-Fi 802.11 a/b/g/n/ac, and Bluetooth 5.1. It also has an in-display fingerprint scanner for authentication, and it also offers support for Dolby Atmos and Hi-Res audio. Lastly, the Realme 8 Pro runs on realme UI 2.0 based on Android 11.

Alongside the two smartphones, Realme has also announced two IoT devices: Realme Smart Bulb and Realme Smart Scaler. The Realme Smart Bulb comes with RGB lighting and can produce up to 16 million colors. It includes support for voice assistants (Google Assistant and Amazon Alexa), and as per Realme, it has a 13-year of lifespan. On the other hand, the Realme Smart Scale comes with Bluetooth 5.0 and provides the essential measurement functions. it can connect with up to 4 phones and offers customized health report. Realme says the Smart Scale has a battery life of up to 360 days.

Realme 8 and 8 Pro: Pricing and Availability

As for availability, the Realme 8 and 8 Pro will be available starting March 25 on realme.com and Flipkart.

Was this article helpful?
YesNo
TechPP is supported by our audience. We may earn affiliate commissions from buying links on this site.
Read Next
Realme 10 Pro+ 5G Review: Good Phone, But the Camera Could Be Better
#Realme #realme 8 #realme 8 pro