Fitbit’s Luxe Seems Like a Smartwatch for Women (about time!)

More a bracelet than a tracker

Fitbit refers to it as a ” Fashion Forward Fitness and Wellness Tracker Designed to Support Your Holistic Health” but a glance at the Fitbit Luxe (the brand’s latest product) will remind you of a product that is immensely popular but has not been seen in the fitness tracker or smartwatch domain – a ladies’ wristwatch. Yes, the brand that is synonymous with fitness trackers – we are tired of hearing people asking for a Xiaomi Fitbit, a Realme Fitbit, and so on – is now upping the style ante with its latest product. Now, it is not as if Fitbit’s trackers have not been stylish in the past, but the latest one, the Luxe, is more bracelet than a tracker. And with its price of Rs 10,999, we suspect it challenges those oversized smartwatches in the same price zone from the likes of Amazfit, Realme, Xiaomi, and now OnePlus. 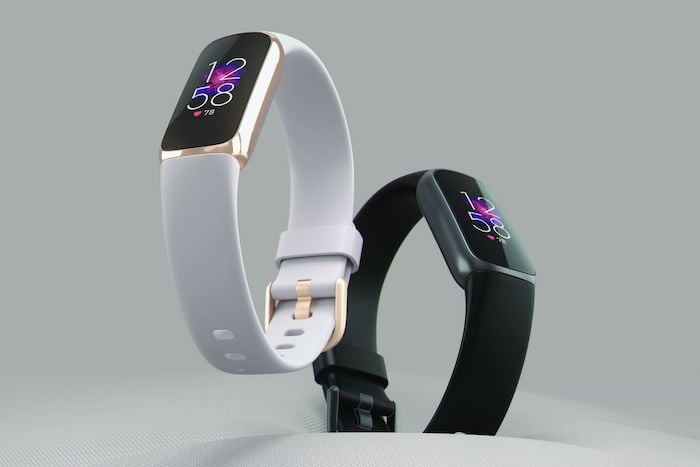 There is no gender reference in the press release of the Fitbit Luxe press release (though there is a mention of “an effortlessly chic bracelet design”) but a look at the product is enough to tell most people that this has been primarily designed for women. Even most of the sample images we got of the tracker seemed to be of women. While it can still pass off as broadly gender-neutral with a plain strap, the gorjana for Fitbit Luxe Special Edition variant (a tie-up with the legendary jewelry brand) seems totally for women, as do many of the straps and accessories for the device. From what we can see, the Luxe comes in a size and shape that is very reminiscent of a woman’s wristwatch as we said earlier, and with its stainless steel case seems closer to being like a piece of jewelry rather than a fitness tracker.

And honestly, it is about time a brand did something like this.

Fitness trackers and smartwatches by and large have been a “guy thing” in terms of design, with sharp lines, rugged textures, and often sizes that seem to have been more designed for male wrists than female ones. There have been a few exceptions (like Oppo’s Band Style), but at best, most trackers and smartwatches are gender-neutral (like the Apple Watch, which comes in two sizes) and at worst, totally designed for men (all those massive dial smartwatches, we are talking about you!). With its slim display (and multiple watch faces), the Luxe is to smartwatches what so-called ladies’ watches are to the generally larger gents’ ones. And it is smart enough to deliver notifications and alerts, like most smartwatches – many of whom seem to be glorified fitness trackers with bigger displays anyway (so Butch!). 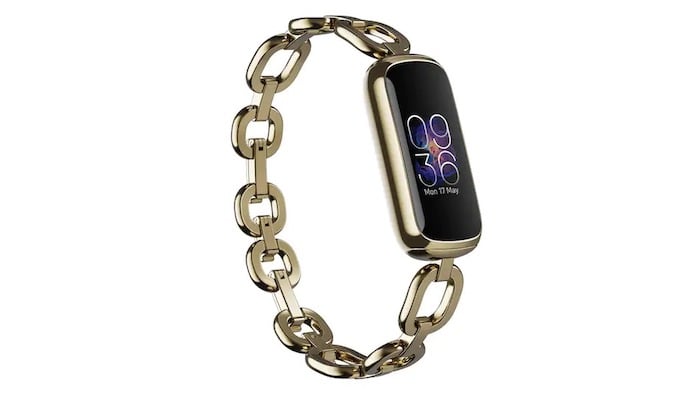 Of course, the Fitbit Luxe comes with all the trimmings you would expect from a fitness tracker (this is a Fitbit device, after all). You get the usual fitness tracking sensors, as well as the heartbeat sensor with the promise of blood oxygen tracking coming soon, as well as support for tracking women’s menstrual cycles. There is also an increased emphasis on managing stress with stress management tools which generate a STressManagement Score. and Premium members can also access more than 200 mindfulness lessons, including a special wellness collection from Deepak Chopra. Incidentally, everyone who purchases a Luxe will get six months of Fitbit premium. This being a Fitbit, the device comes backed by a huge community and rock-solid software. Battery life stands at five days.
The Luxe will be available this spring. And while it is a fitness tracker on paper, we think this is actually the smartwatch many women have been waiting for – something that tells the time, tracks fitness and stress, delivers notifications, and looks good (and sleek) enough to be worn as a watch!