It is a scene right out of a Hollywood film. A great warrior clashes with a young upstart in an epic battle. There is no clear winner, with each side claiming victory. The two then go their different ways, with the warrior going on to greater things, while the upstarts seem to fade into exile. Then the upstart returns but shows no interest in taking on the warrior. The two avoid each other, seemingly on different paths in different parts of the world. 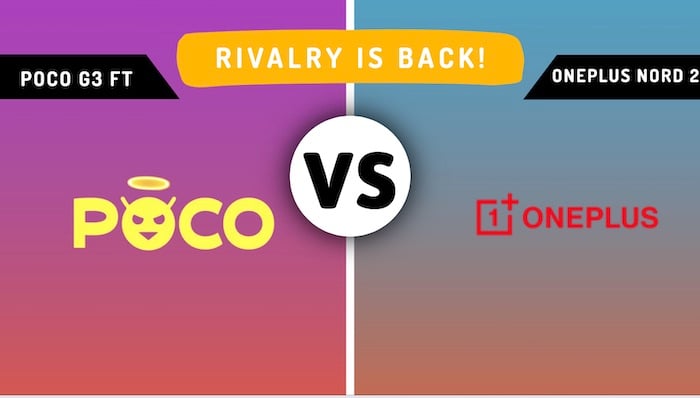 And then, one day, they suddenly find themselves face to face. And draw their weapons for round two.

Poco and OnePlus: the first clash in 2018

Yeah, we so got them feels as news filtered in that Xiaomi’s sub-brand, Poco, would be launching the Poco F3 GT a day after the launch of the OnePlus Nord 2 in India. The two brands that had been seemingly avoiding each other after a fierce first battle, now seem set for round 2 of what had been a rather high-profile rivalry.

Indeed, when Poco was first launched in August 2018, the positioning of the brand was very reminiscent of that of OnePlus – flagship-level specs at surprisingly affordable prices. The Poco F1 was pitched squarely against the OnePlus 6 in one of the most intriguing phone battles of recent times (we even compared it to the epic Ali-Frazier boxing clash), and while both phones did well, there was a feeling in some circles that the Poco F1 had done exceptionally well for a new brand. It seemed to be the start of a very intense rivalry in tech.

However, as we all know, both brands took very different paths after that. While OnePlus went firmly on the premium path with the OnePlus 7 series, Poco went on a mysterious exile, almost fading out of the spotlight.

Time for round two of Poco vs OnePlus?

And 2020 marked a comeback of sorts for both brands. While Poco returned to the Indian market with the Poco X2, OnePlus made a return to a more affordable price point with its Nord series. However, both brands were operating in very different segments of the market. The new Poco seemed more focused on the sub-Rs 20,000 segment, and actually was going toe to toe with a new rival, Realme, and its own Redmi siblings. OnePlus, on the other hand, seemed to be focusing on a price segment closer to Rs 25,000 with the Nord series, while pursuing its premium ambitions with the conventional numbered series. The former rivals seemed to have moved on to different worlds and different lives. 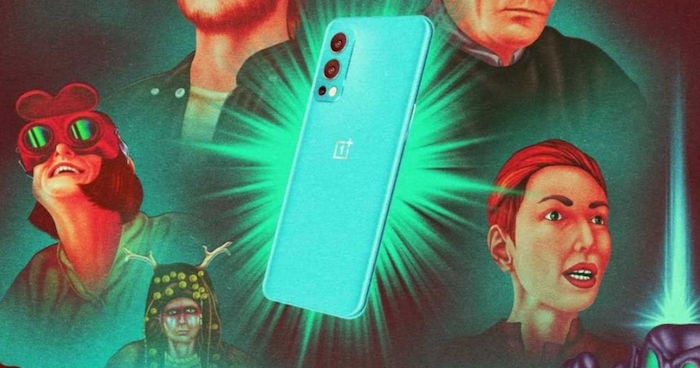 OnePlus had announced a few weeks ago that it would be launching its Nord 2 on July 22. Poco on its part had been talking of launching the Poco F3 GT in the third quarter of 2021. However, yesterday, the brand announced that the F3 GT would be launched a day after the Nord 2 – on July 23. In fact, if some leaks were to be believed, there had even been a plan to launch the F3 GT on the same day as the Nord 2.

Given that both phones are powered by the MediaTek Dimensity 1200 series processor, sport AMOLED displays, and are both likely to be targeted at a similar price segment (somewhere between Rs 25,000 – 35,000, depending on which rumor you believe), one can safely assume that the coming months will see Poco and OnePlus resume battle after almost a three-year break. And while in 2018 they had battled for the right to be flagship killers, their latest clash will be in the “premium mid-segment.” 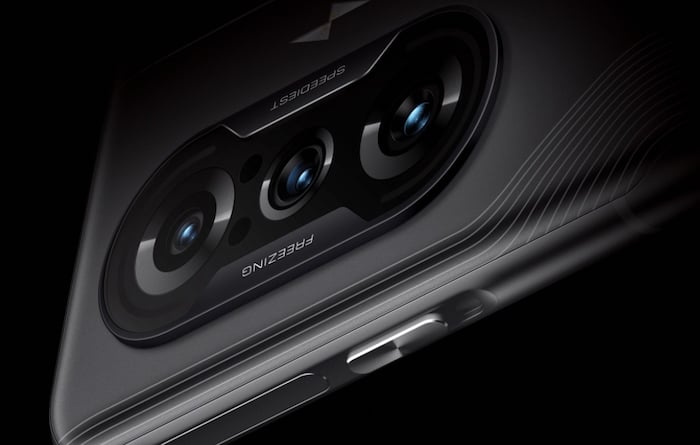 And just like in 2018, Poco is the one on the front foot, playing the upstart challenger, poking fun at the positioning of the Nord 2 and its marketing slogans, while OnePlus is maintaining what it insists is a dignified silence. And judging from what we hear from our sources, just as in 2018, the Poco device is likely to have a slight price edge over its OnePlus competitor. Of course, OnePlus would have the advantage of greater brand equity, having been in the market longer and of enjoying a formidable track record. However, Poco claims to have been the fastest-growing phone brand in the country over the past year, and unlike in 2018, it now has a following of its own.

In a very interesting twist, both brands have also seen the exit of the people who were their public faces – Carl Pei has moved on from OnePlus and so has Jai Mani from Poco. The core philosophies of the two brands also have changed a little, and both have moved from their geek roots to becoming more mainstream brands. And while Poco claims to becoming more independent of its parent brand, Xiaomi, OnePlus has been going for closer integration with Oppo.

In short, it is a whole new world. And on July 22 and 23, two old rivals will step into the ring to resume a battle they had left off a few years ago.

Mobile consumers are in for a treat.

Was this article helpful?
YesNo
TechPP is supported by our audience. We may earn affiliate commissions from buying links on this site.
Read Next
Snapdragon 782G vs Snapdragon 778G Plus: What Has Changed?
#comparison #oneplus #OnePlus Nord 2 #Opinion #Poco #Poco F3 GT