Stuffcool is an Indian personal gadget accessory brand that has been gaining popularity over the last couple of years. The company is known for taking the road less traveled, creating mainstream products but with a slightly unconventional implementation (and often affordable price tags). 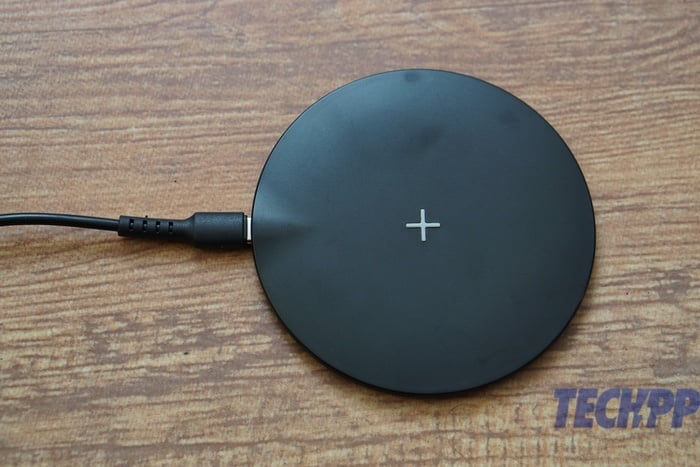 Stuffcool has recently introduced a new wireless charger called the Stuffcool WC 630, which follows the brand’s philosophy. Now you might be wondering what can be unconventional about a wireless charger? After all, it is a product that leaves little to the imagination. Well, there is some out of the box-ness hidden in the WC 630 package.

Round, very slim and yet sturdy

Most wireless chargers designed with keeping a ‘one phone at a time’ mentality are generally not too bulky, but Stuffcool decided that “not bulky” is not good enough and has taken the sleekness of its wireless charger up a notch. The disk-shaped charging mat is perhaps the sleekest, thinnest charging mat we have used so far. It is so sleek that those not aware might not even think of it as a legit, working gadget. It is almost like a coaster, but do not place your coffee on it!

This ultra-thin anatomy allows it to be remarkably light as well. Holding the puck-shaped charger for the first time, we were amazed by how light and sleek it was. It can fit in your hand and is so compact that you can even slide it down your pocket and carry it around without feeling any weight. It is made of hard plastic and has a matte finish, which easily keeps the charger from picking up scratches. The front of the charger has a tiny plus icon right in the middle, which highlights the charging side. The front is completely flat except for one minor bump that tucks a USB Type C port underneath. The back has three tiny legs to keep the surface from getting scratched, Stuffcool’s branding, and some vents.

Let there be (LED) light…and another charger too! 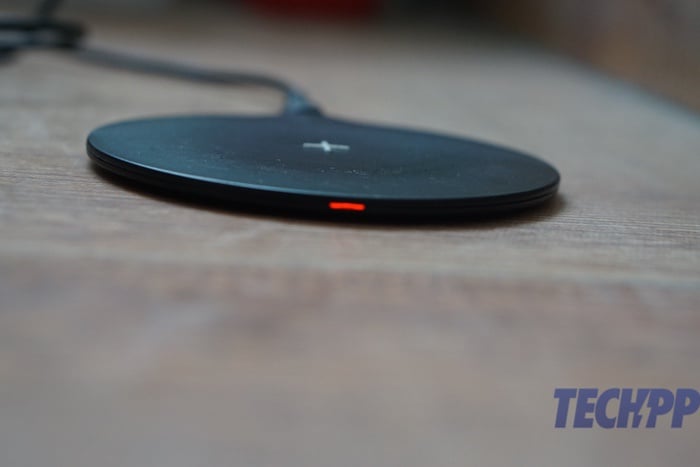 Along with the USB Type-C port, the thin sides of the charger also carry a tiny LED light that indicates the state of charging— it goes red if not charging, blue when your phone is being charged, and green if it is charged completely. This is a handy feature that we have not seen on wireless chargers before. It gives you an idea about the charging situation of your phone without having to wake the screen up.

There is another interesting touch. Generally, when you buy a wireless charger, it is all you generally get in the box, along with a charging cable. You often have to buy a wall charger to plug it in separately or borrow the one you use to charge other devices. This is where the Stuffcool wireless charger stands out from the crowd; it comes bundled with an 18W wall charger in the box itself, along with a Type-C cable.

We did not think much could be done to the design of a wireless charger, but the WC 630’s sleek frame and LED indicator did make a good impression. And the bundled wall charger is a super cool touch too.

It charges wirelessly…and over a wire too! 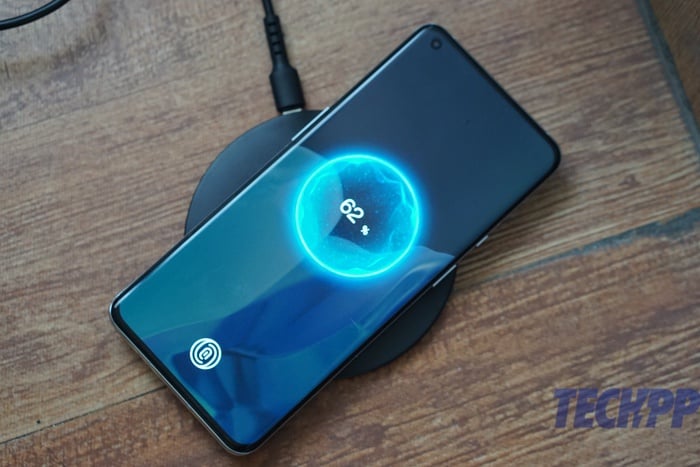 Coming down to its main function, the WC 630 supports all devices that come with Qi-standard and promises a charging speed of 15W, which is brisk by wireless charging standards. That said, this speed is for a handful of Android smartphones, including some Samsung biggies like the Galaxy Note 20, Galaxy Note 10, Galaxy S21, Galaxy S20. The iPhone 12 series smartphones get charged at 7.5W, which is on the slower side, and so do OnePlus smartphones. You can also charge your AirPods and AirPods Pro with the charger at lower speeds, making this quite a versatile option. The charging works through cases, too, provided they are thin ones.

Much like most wireless chargers, you have to put your phone down on the WC 630 and forget about it. Forget about it for a few hours, actually, if it is running really low, and you want it topped up – it took about three hours to charge the iPhone 12 from zero to 100. If you have been spoiled silly with fast charging of all kinds, this might not be your cup of tea. It is really for those who want to leave the phone on the table simply, glance at it from time to time, and pick it up and park it back to let some charge drip in. It also is a decent option for those who like to charge their phones overnight.

In case you are in a hurry, you can just disconnect the wireless charging pad and can use the wall charger and the Type-C cable and fashion an old-school wired charger out of the two! And while this is not a super-fast charger, 18W is pretty good to get a decent charge into your device in about half an hour in most cases.

Rather cool, we think 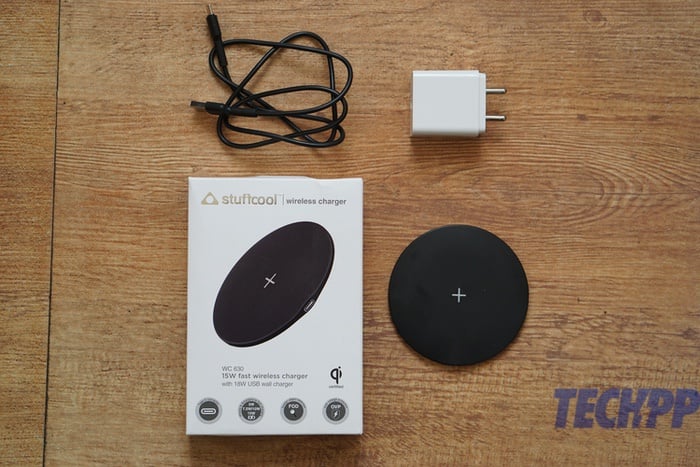 The Stuffcool WC 630 was launched at Rs 2,399 but currently comes at a price of Rs. 1,699. Even with that price cut, some other wireless chargers come with more affordable price tags, but the bundled wall charger does make it a different proposition. Thanks to it, you basically are getting a wired and a wireless charger package in one package. And the sleek design of the device also helps it stand out and help in portability. The wireless charging on the device might seem slow, but thanks to the wall charger in the box, the Stuffcool WC 630 is a good option for those who want to test wireless charging waters without throwing away their wired charging life jackets. Cool stuff indeed.

Was this article helpful?
YesNo
TechPP is supported by our audience. We may earn affiliate commissions from buying links on this site.
Read Next
OnePlus Buds Pro 2 Review: Great buds for pro bros with OnePlus devices
#review #Stuffcool #Stuffcool WC 630 #wireless chargers