Can MediaTek Dimensity 810 do its magic? 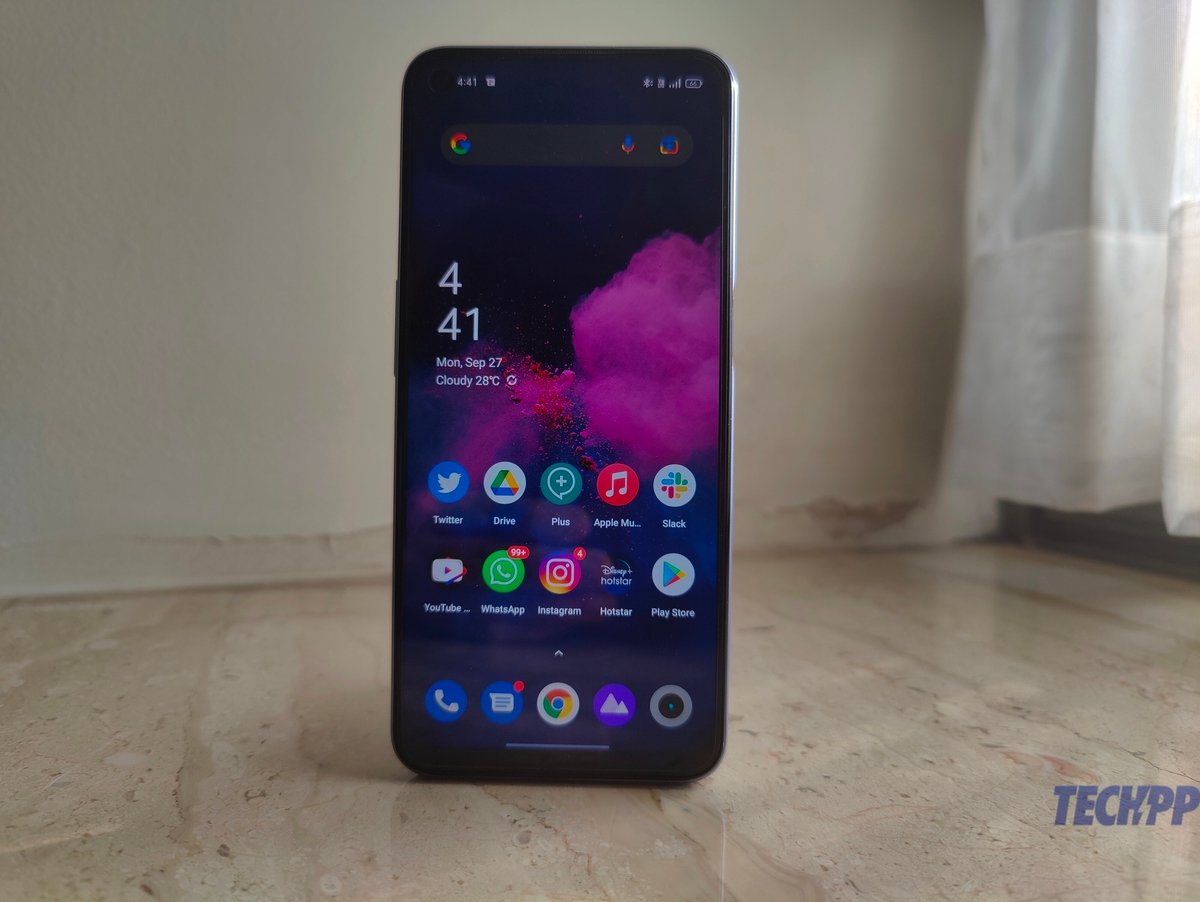 The Realme 8s 5G is quite well made for the price, starting with the build and design. Unlike the Realme 8i or the Realme 8, which had a glossy back, this device has a matte back panel. We got the device in the universal purple color option, and it looks beautiful. I personally prefer matte backs because they keep fingerprints and smudges away.

The button layout is similar to most Realme devices, with the power button on the right side of the device and the volume rockers and sim tray on the left. The buttons feel very tactile and not spongy, so there are no issues here. In addition, the sim tray is equipped with a dedicated micro SD card slot if that’s what you are looking for. Moving to the bottom of the device, it contains the speaker, a Type-C charging port, and it still retains the 3.5 mm headphone jack, which is good. Also, the power button doubles as a fingerprint scanner, and that worked super well.

The back houses a triple camera setup with flash and a “Matrix AI Camera” branding below the camera lens. Realme has also added an AI Camera logo in the form of a camera lens next to the main camera, which might lead some people to believe that the device has a quad-camera setup. On the front of the device, there is a 16 MP punch-hole selfie camera in the upper left corner of the display.

Build quality is also pretty good; the device is made entirely of polycarbonate, which is no cause for complaint. It feels reasonably sturdy and fits well in hand. However, it feels a bit heavy at 191 grams despite the polycarbonate. 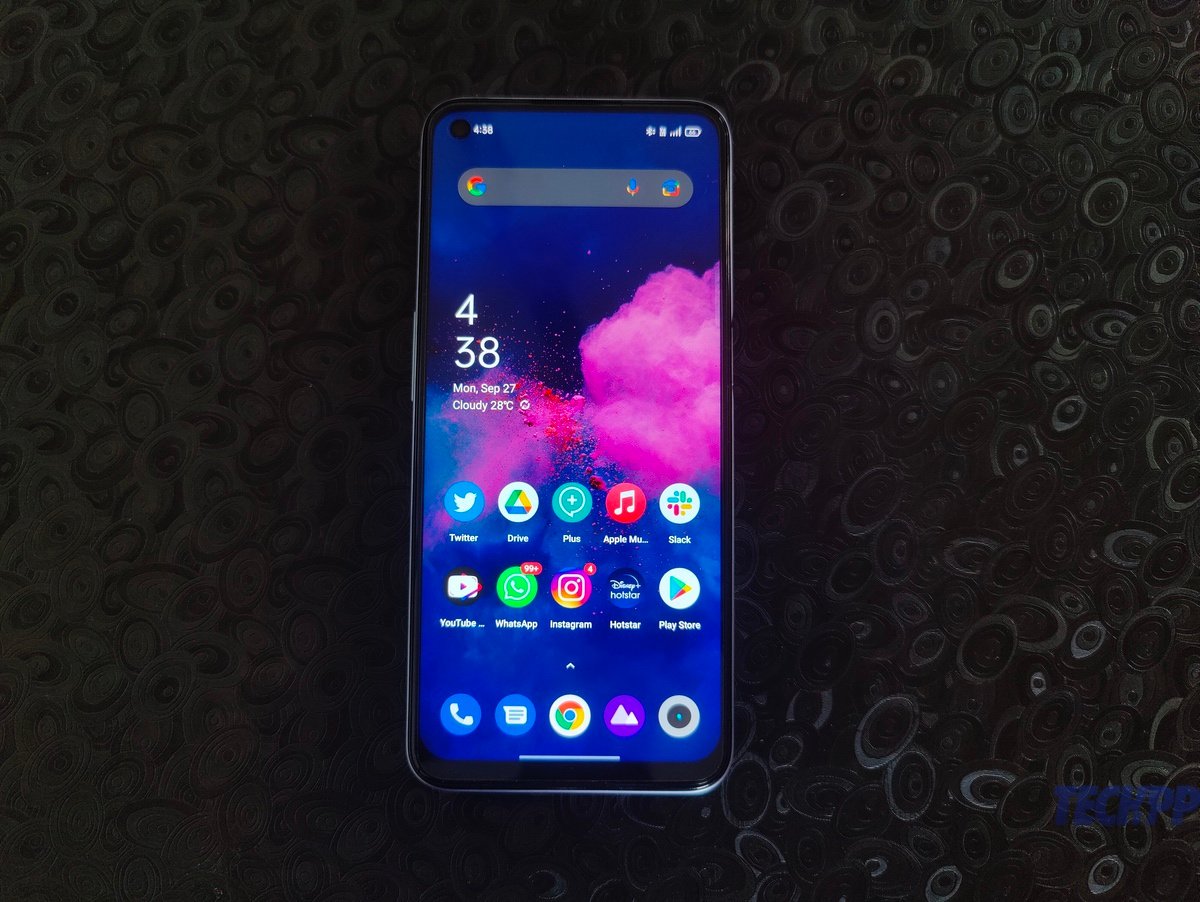 The Realme 8s 5G has a large 6.5-inch Full HD + display that covers 100% of the DCI-P3 color space and has a screen-to-body ratio of 90.5%. Surprisingly, the less expensive Realme 8i has a refresh rate of 120 Hz, while the Realme 8s only has 90 Hz. It’s also not like the 8s has an AMOLED display; both have a similar LCD display. We certainly would have liked to see an AMOLED display, but I think that’s a tradeoff Realme made for 5G support.

Do not get me wrong, the display is pretty good considering the price, with good color reproduction and good viewing angles, but I would have liked a bit more from the display. However, the brightness was very good, and we had no problems using the device outdoors in direct sunlight. 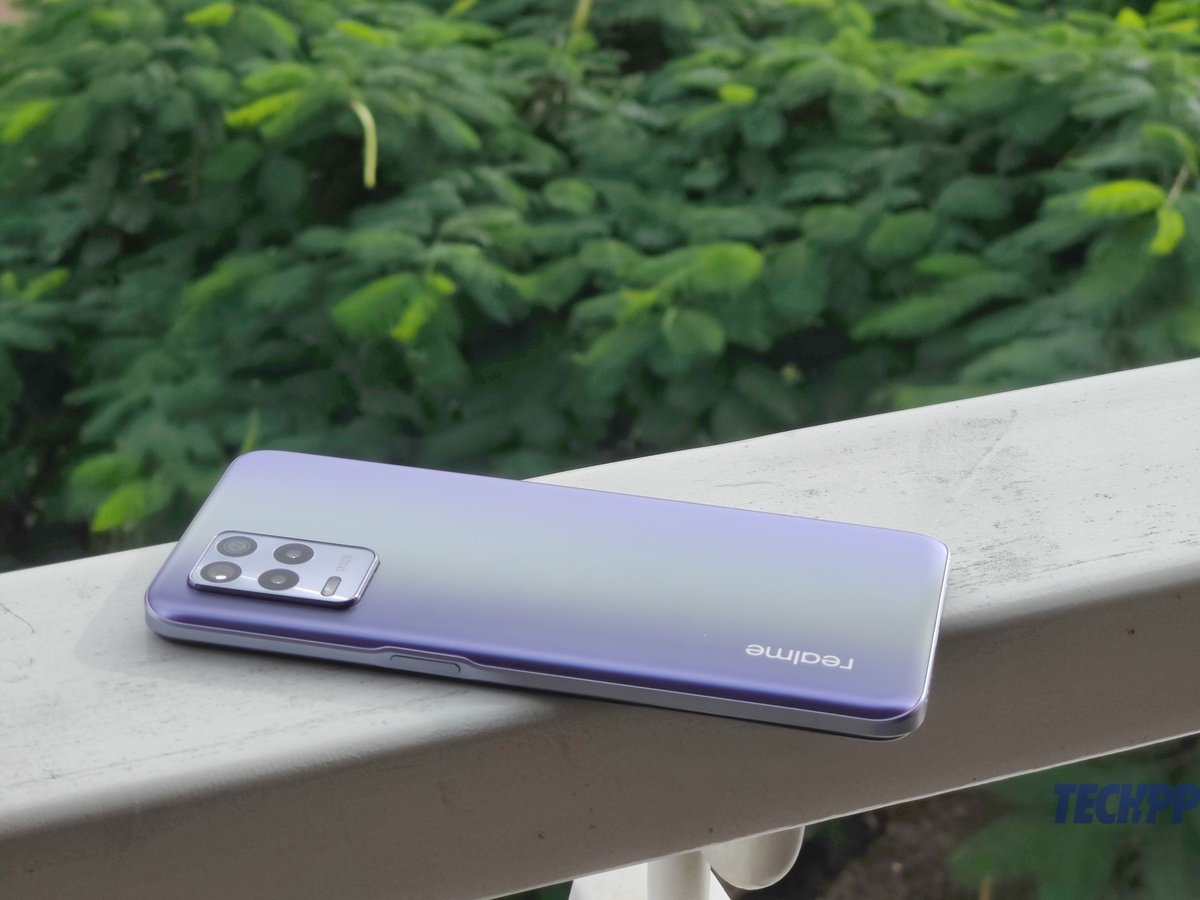 According to Realme, the 8s 5G is the first smartphone in the world to feature the new Mediatek Dimensity 810 chipset. The chipset is built on the 6nm manufacturing process and is clocked at up to 2.4 GHz. During our daily use, the device showed a good performance. Navigating UI, launching applications, everything felt very smooth, also thanks to the 90Hz refresh rate.

But what about gaming? The Mali-G57 takes over the GPU duties. We played a number of games on the device, such as BGMI, Call of Duty mobile, and a few others. In BGMI, the device maxed out at Smooth+Ultra graphics settings and managed to deliver 40 FPS throughout, which is really good considering the price. We also did not have any problems with overheating.

We also ran some benchmarks on the device, and the results are as follows.

As we can see, the Mediatek 810 is a very capable chip, which is also reflected in the real-life performance.

Like the Realme 8i, the 8s 5G runs on Realme UI 2.0 and is full of bloatware. Fortunately, most of it can be uninstalled. However, the software experience was more polished compared to the 8i, and that’s a good thing. But the same problem with playing Netflix and Amazon Prime videos (Full HD ) still persists, and we hope Realme will fix it soon. 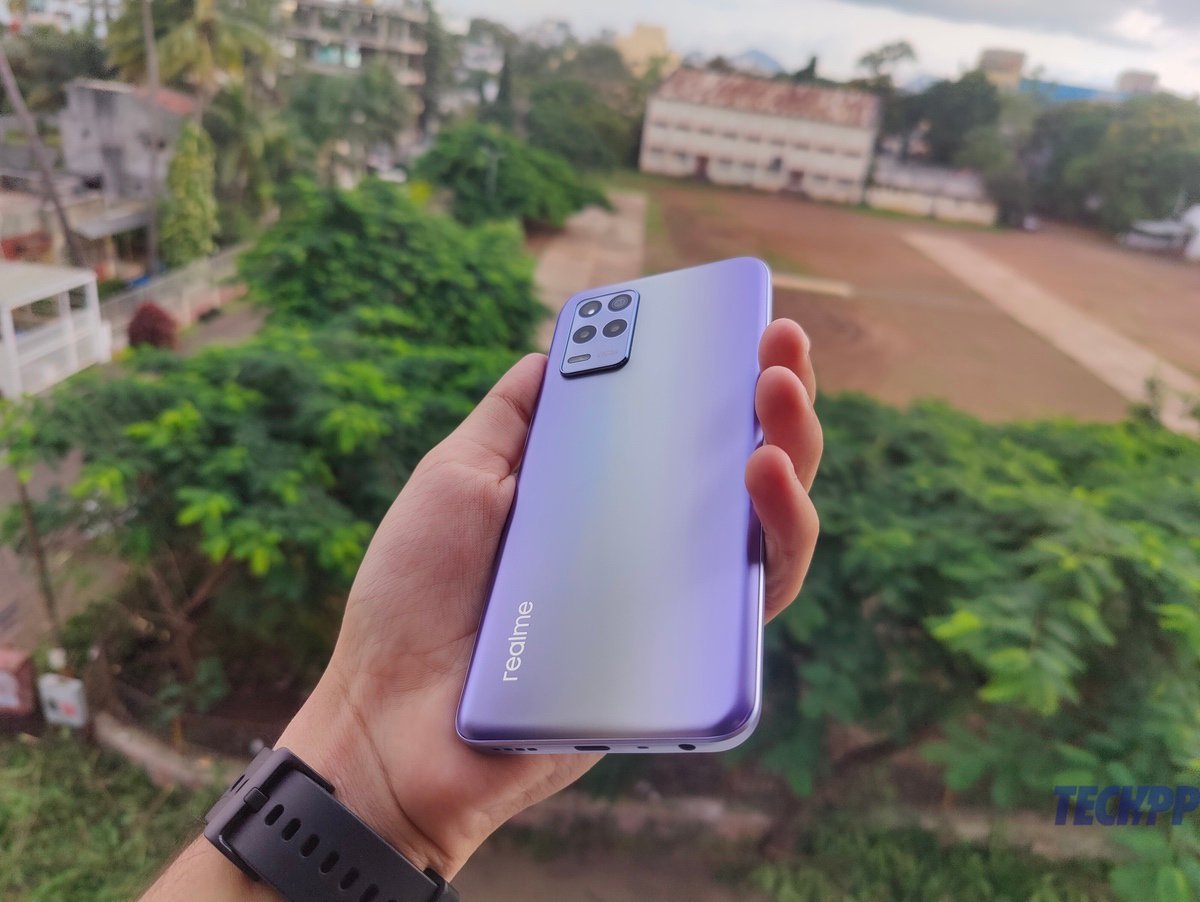 All the good things about Realme UI continue here, and the software experience is packed with features. We have not found any ads or questionable notifications from the pre-installed apps.

The virtual RAM feature, which Realme likes to call “RAM expansion,” is also carried forward from the 8i and works fine as intended. Realme claims that you can expand RAM by up to 5 GB with the virtual Ram feature. Apart from that, we did not feel that the virtual RAM function made a big difference, at least not with the 8 GB variant.

The Realme 8s 5G has a substantial 5000 mAh battery that performs exceptionally well. We averaged over 7.5+ hours of screen time with moderate to heavy usage. The 6nm manufacturing process of the Mediatek Dimensity 810 also seems to have helped here. 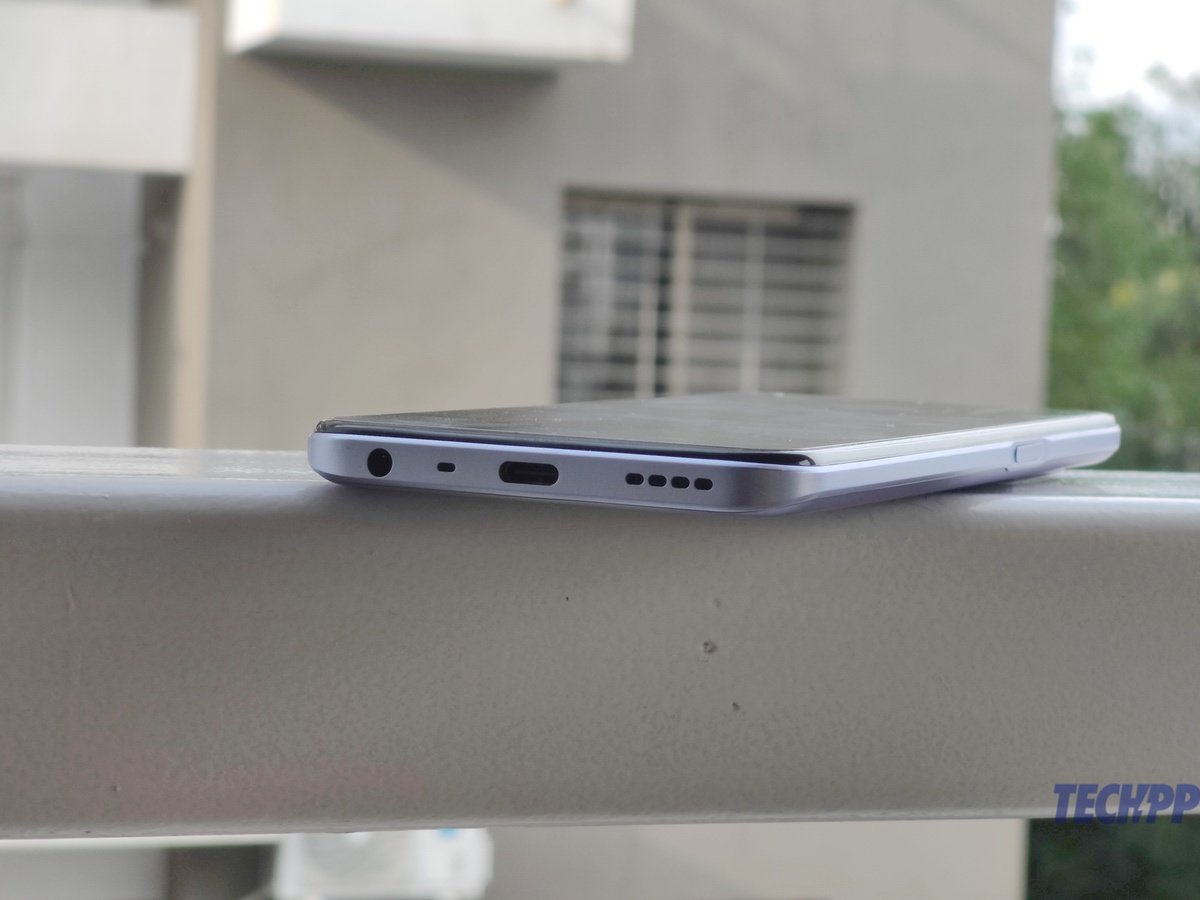 We were not happy with the 8i’s charging times, as only an 18W charger was included, which took well over 2 hours to charge the device fully. Fortunately, the brand included a 33W fast charger with the 8s 5G, which made all the difference. As a result, the device only took a little over an hour to charge the battery from 0-100%, which is very good. 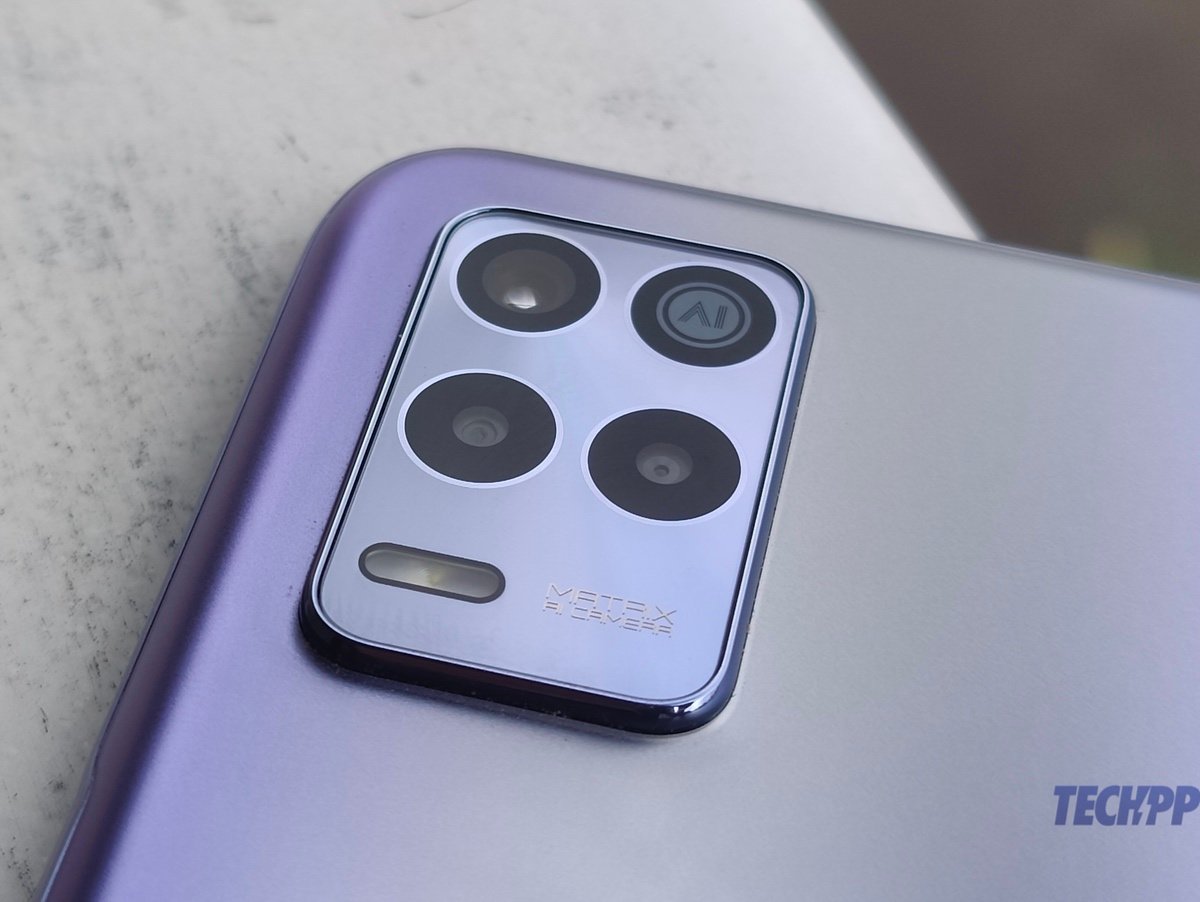 Like most other devices with a high megapixel count, the primary shooter captures images at 16 MP by default. However, there is a special 64 MP mode that allows you to capture full-resolution images.

In daylight, the device can take some sharp and attractive shots. The dynamic range was also unproblematic. However, color processing was a bit inconsistent, and images can be a bit oversaturated, so it took a few tries to get the perfect shot.

The dedicated 64 MP mode was decent and slightly improved the overall detail of the image but still did not make much difference to the final image.

Indoors and in low light, the device exceeded our expectations. The device takes some really impressive shots indoors. Yes, you do lose a bit of detail in extremely low light conditions. The dedicated night mode helps with that, but it’s still only average. In summary, the main camera is capable and takes good pictures.

Like the Realme 8i, it forgoes an ultra-wide-angle lens in favor of 2MP macro and B&W cameras. Our opinion on the other two cameras remains the same. To use the 2MP macro lens, you have to get very close to the subject, and the images are still not good enough due to the resolution. The B&W lens was also very average at best. 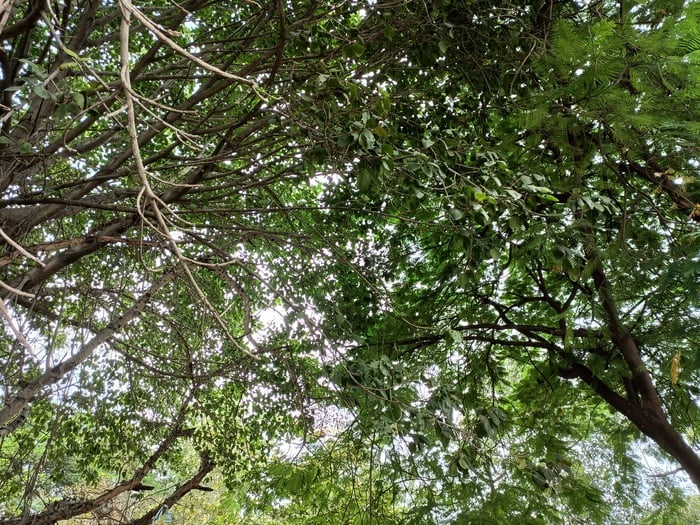 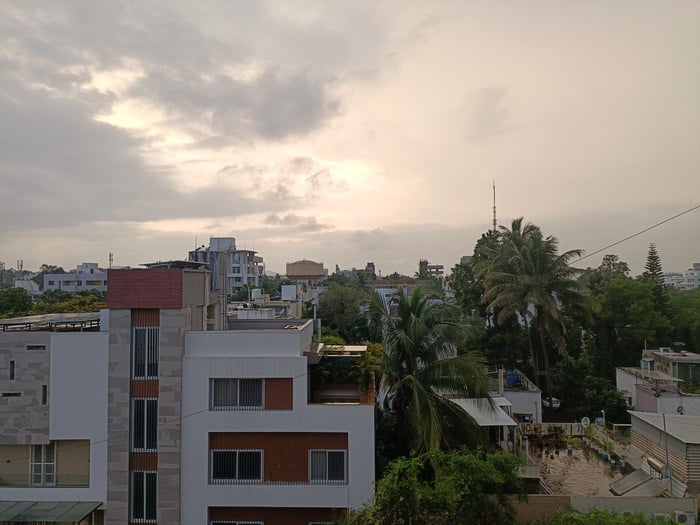 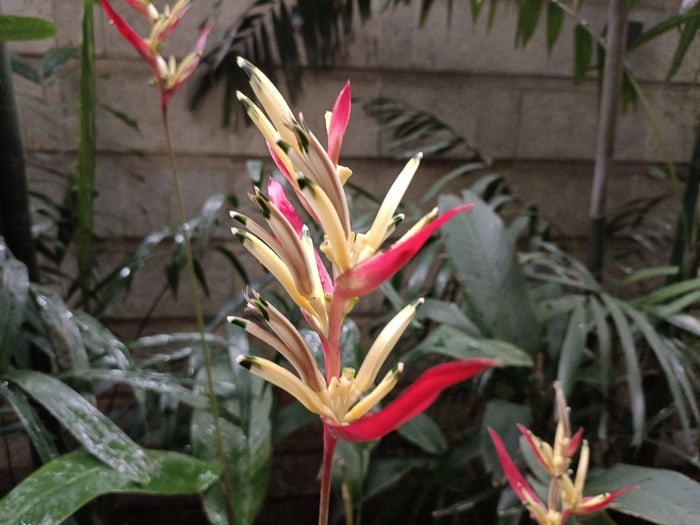 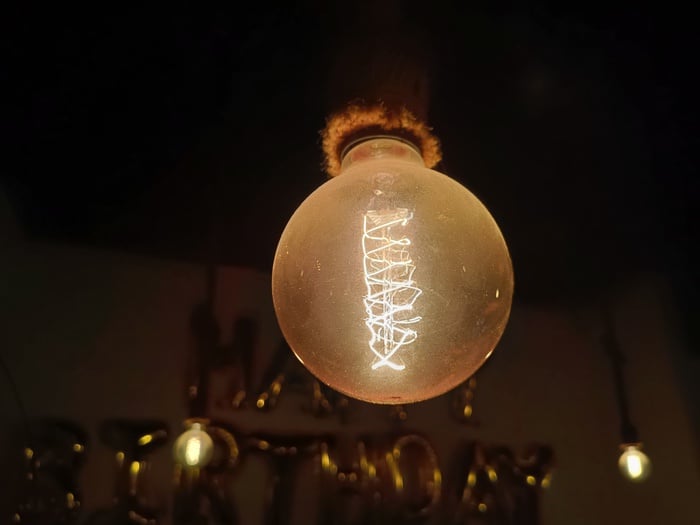 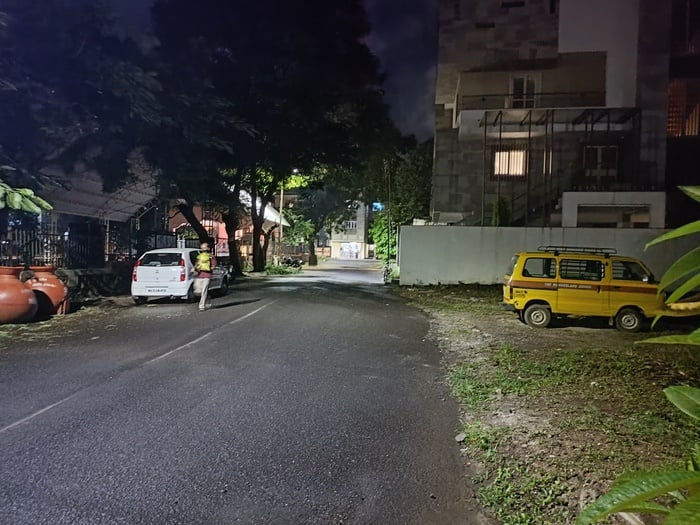 The selfies, on the other hand, turned out pretty well too. The photos are sharp and have excellent dynamic range and colors. However, we did notice some beautification in the selfies.

The Realme 8s 5G can record videos in 720P and 1080P at 30 frames per second. The video quality was pretty decent and smooth. However, there was some color shifting during video recording; it’s just nit-picking at this point.

There is support for portrait mode, which works well for the most part and offers good edge detection.

Overall, the main camera is pretty good for the price. However, the other two cameras are not particularly good, and we would have liked to see an ultra-wide-angle camera instead.

The similarities with the Realme 8i continue here as well. This model has a single speaker that is loud enough and has good bass, but we missed a dual stereo speaker setup. A stereo speaker setup makes a significant difference when consuming media on the device. As mentioned earlier, there is also a 3.5 mm audio jack, and the output through it was quite good.

The Realme 8s 5G is, as the name suggests, a 5G-compatible smartphone and supports seven 5G bands. So if you want your next device to be 5G compatible, you do not have to worry. The device supports both radio bands, 2.4 GHz and 5 GHz. We tested the device on both, and it performed exactly as we expected. We have a 100 Mbps plan, and the device consistently delivered that speed. In addition, the device also supports carrier aggregation, and it worked as expected. 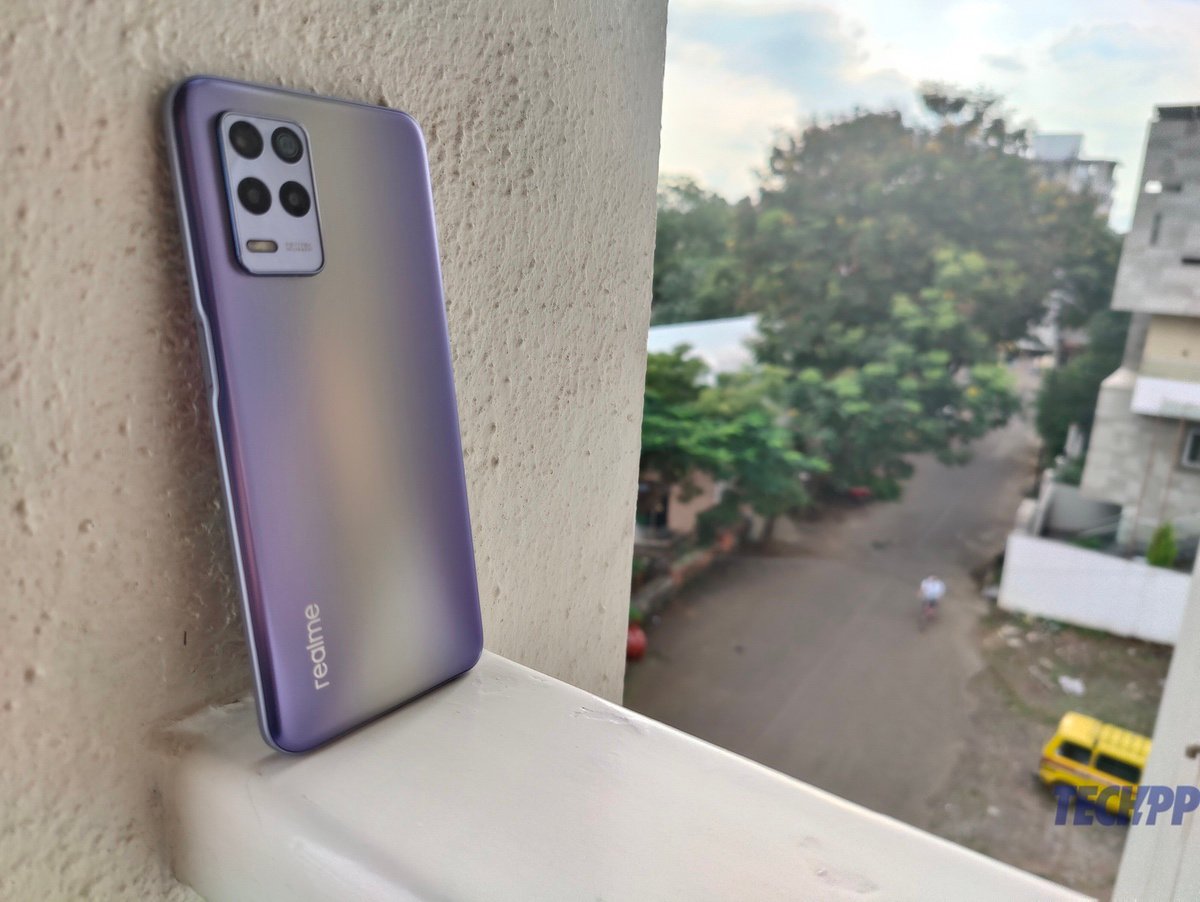 Coming to the competition, the iQOO Z3 5G comes very close at 19,990 to the Realme 8s 5G and features a 120Hz display and Qualcomm Snapdragon 768G chipset. You can also save some money and get the Redmi Note 10T 5G if 5G is the only thing you care most about. However, all the devices we mentioned above feature an LCD display, but if you want a device that features an AMOLED display with 5G support, you can check out the Realme X7 once.