Realme has today launched the Realme X7 series in India. The series includes two smartphones: the Realme X7 and the Realme X7 Pro, and it made its global debut in China back in September last year, where it marketed itself as an affordable 5G lineup. Just so you know, Realme was the first brand to introduce a 5G-enabled smartphone in India, and this year, it plans to bring democratize 5G by bringing it to lower-segment phones. 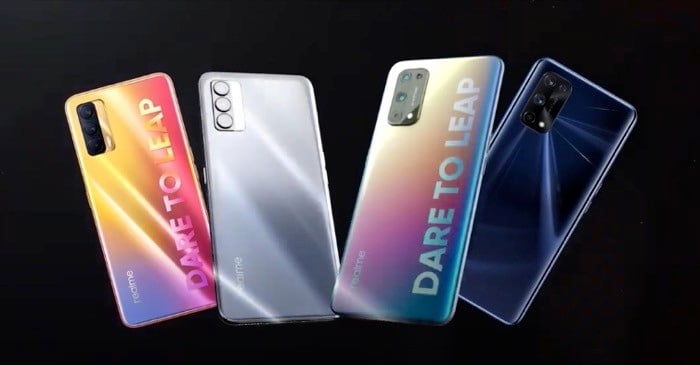 To start with, the Realme X7 India variant is pretty much the same as the Realme V15, which recently got announced in China a few weeks back. It comes with a gradient finish design on the rear and has a rectangular camera module to house the triple-camera array. Towards the front, the phone features a 6.4-inch (AMOLED) punch-hole display. The display offers an FHD+ screen resolution and up to 600 nits of brightness. Realme X7 is available in two color options: Space Silver and Nebula. 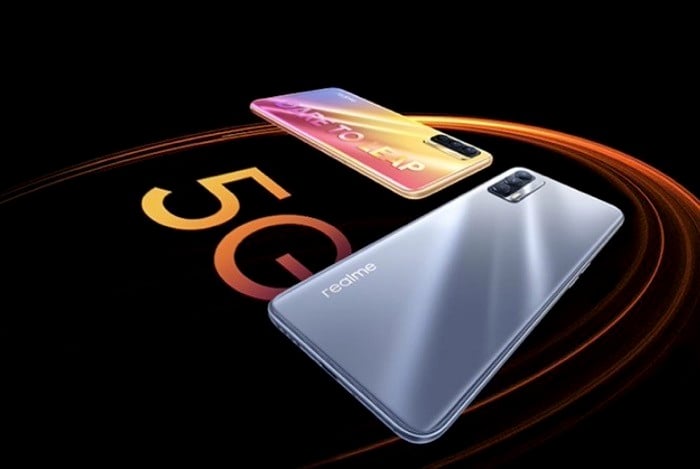 Under the hood, the X7 runs on MediaTek Dimensity 800U, which is an octa-core processor with up to 2.4GHz clock speed and has an Arm Mali-G57 GPU for graphics processing. The processor is coupled with 6GB / 8GB of (LPDDR4X) RAM and 128GB of onboard storage. To power the internals, the device has a 4310mAh battery with 50W fast charging (65W charger bundled in). As for other specifications, the Realme X7 comes with 5G (SA / NSA), dual 4G VoLTE, Wi-Fi 802.11ac, and Bluetooth 5.1. It also has a USB_C port and an in-display fingerprint scanner.

Unlike the vanilla X7, the Realme X7 Pro has a slightly distinct back with subtle gradients. Upfront, the phone packs in a 6.55-inch (AMOLED) display with an FHD+ screen resolution. This display comes from Samsung and offers up to 1200 nits of brightness and a 120Hz refresh rate and a 240Hz touch sampling rate. What’s more, it comes with Corning’s Gorilla Glass 5 protection on top to protect it from drops and scratches. Realme X7 Pro comes in two colors: Fantasy and Mystic Black. 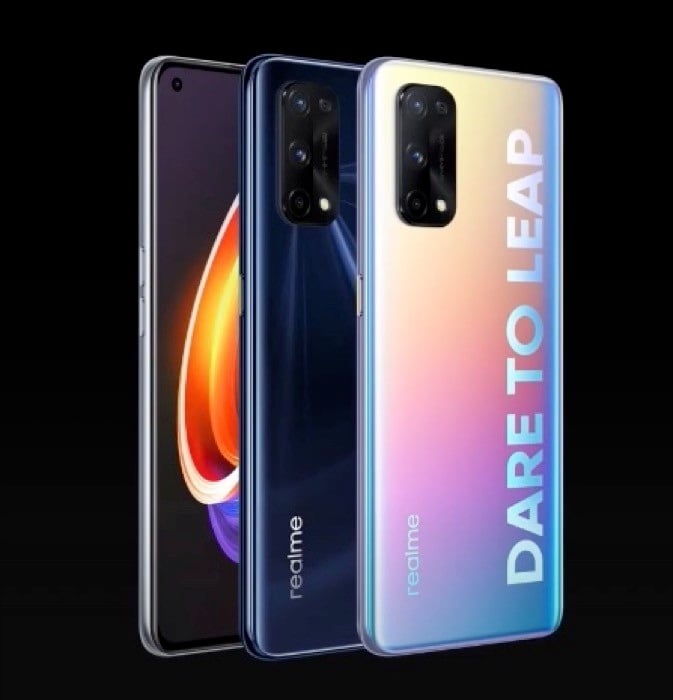 Talking about performance, the X7 Pro has the Dimensity 1000+ running under the hood. The Dimensity 1000+ is an octa-core processor, based on the 7nm process with up to 2.6GHz clock speed. To handle the graphics processing, it has the Mali-G77 MC9 GPU. Assisting the processor is 8GB of (LPDDR4X) RAM and 128GB  of (UFS 2.1) storage. And, the device includes a 4500mAh battery with 65W ultra-fast charging (65W charger included in the box) to power everything.

Among other things, the phone comes with 5G (SA / NSA), dual 4G VoLTE, Wi-Fi 802.11ax, and Bluetooth 5.1. It has a USB-C port, an in-display fingerprint scanner, and stereo speakers with Dolby Atmos and Hi-Res audio.

Was this article helpful?
YesNo
TechPP is supported by our audience. We may earn affiliate commissions from buying links on this site.
Read Next
Realme 10 Pro+ 5G Review: Good Phone, But the Camera Could Be Better
#Realme #realme x7 #realme x7 pro