If there is one brand that believes in offering its customers various options at different price points, it is Realme. Recently, the brand replaced its flagship X series with the GT series, and the Realme GT Neo 2 5G is the latest addition to the device catalog. 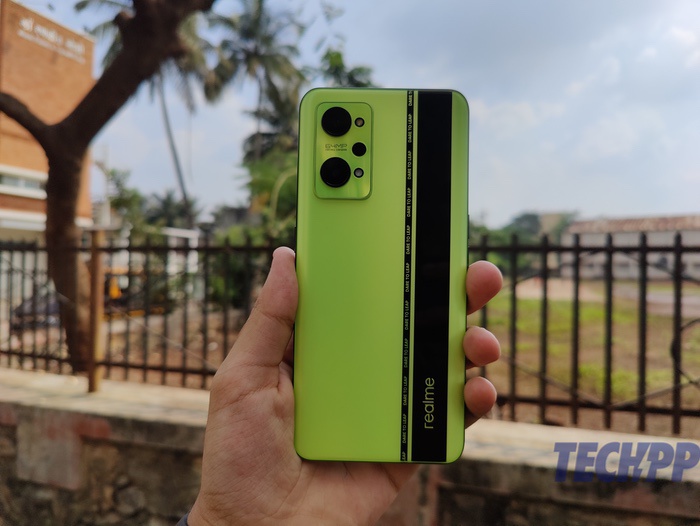 Like other GT devices, this one also features impressive specs on paper like a 120Hz AMOLED display, Qualcomm Snapdragon 870, Vapor Cooling System, and more.

Stands out in a crowd

Realme sent us the smartphone in Neo Green color, and you can not ignore the device’s overall design. The green color on the back is accompanied by a thick black stripe and a thin layer right next to it with a “Dare to leap” branding. Except for the Dare to Leap text, I really like the design, and the Neo Green color is a breath of fresh air in a time when everyone is going the traditional route in terms of design. There have been several instances where people have come up to me and asked me what device I am using because the device’s design is so appealing, so that’s something.

However, it may not be everyone’s cup of tea, as some may find the color a bit too flashy and attention-seeking. However, you can always opt for the Neo Black color variant if you want something more subtle. There is also a Neo Blue color option if you are looking for one.

The design is good, but what about the build quality? Is it sturdy enough, or did Realme compromise on build quality to meet price targets? Well, I am happy to report that the device is quite well made. The back is made entirely of glass, and thanks to the matte finish, there were no issues with fingerprints and smudges. However, the frame is made entirely of plastic instead of aluminum, which somewhat detracts from the premium feel in hand. It is also a bit heavy and bulky at 200 g. Nevertheless, the device feels good in the hand and is very well manufactured.

Speaking of the button layout, the volume rocker is on the left side of the device, while the power button and SIM card tray are on the right. Unfortunately, the device only supports two nano sims and lacks support for a Micro SD card for memory expansion.

A USB Type-C port, microphone, and speaker grill are found on the bottom. Thanks to the AMOLED display, there is a fingerprint scanner below the display that unlocks the device quickly and accurately. 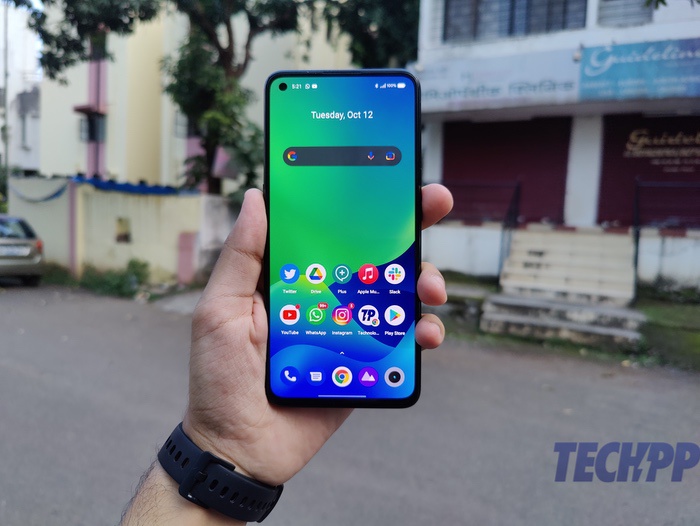 By far, the biggest highlight of the Realme GT Neo 2 is the display. So let us take a look at the specifications first. The device features a 6.62-inch E4 AMOLED display with a refresh rate of 120 Hz and a rich touch sampling rate of 600 Hz(in GT mode)

“Gorgeous” is the perfect word for the display of the Realme GT Neo 2. Anything and everything looks absolutely stunning on the device, be it watching movies or TV shows, it does not disappoint.

Realme claims that the device can intelligently switch between 30, 60, 90, and 120 Hz depending on the task at hand. Still, I quickly changed the settings to force 120 Hz as the experience with the automatic mode was very jerky, and I often found it a bit aggressive.

The device can reach up to 1300 nits in direct sunlight, and I had no problems viewing the screen outdoors. Navigating and scrolling through the UI felt extremely smooth, thanks to the refresh and touch sampling rates. Additionally, the device is certified for Wide Wine L1, and I was able to stream content in full HD on popular OTT platforms like Netflix and Amazon Prime. Unfortunately, although the device is HDR 10 certified, I could only play HDR on YouTube for now. I hope Realme adds support for HDR on Netflix and Prime like IQOO recently did with the IQOO 7. 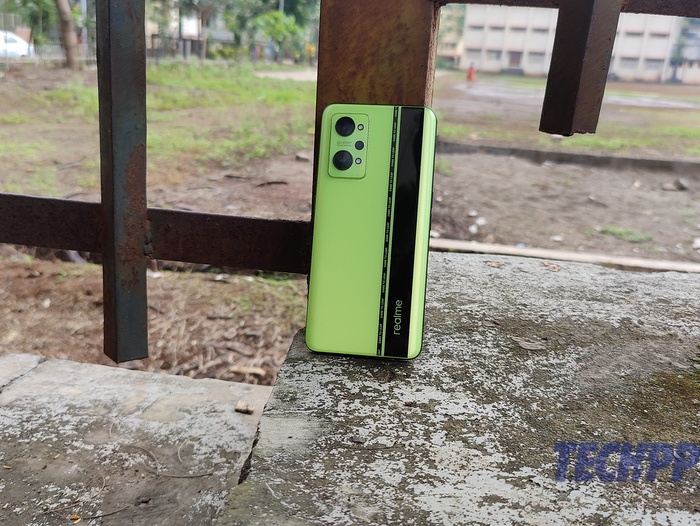 Do not get me wrong, I am not saying the 870 is better than the 888, but the device handles everything you throw at it without breaking a sweat, including gaming. Apps launched in a snap, and navigating UI was pretty quick and smooth thanks to the fast UFS 3.1 memory. In addition, Realme claims to have used a vapor cooling system to keep temperatures under control, and the device managed to run mostly cool with no overheating issues.

The device is offered with either 8 GB or 12 GB of DDR4X memory; we have the device with 8 GB RAM, and memory management was decent.

If you are looking for a device to play games on, the Realme GT Neo 2 5G will not disappoint in that regard. We played our standard games, including Call of Duty mobile, BGMI (PUBG), Asphalt 9, and a few others, and the device delivered a steady 60fps for most of the part. Although 60FPS is pretty smooth, we would have liked to see 90FPS support in BGMI like on the Realme X7 Max, as the chipset can easily handle it.

Realme GT Neo 2 runs on Realme UI 2.0 based on Android 11 out of the box. The software experience was just like any other Realme device out there. Animations on UI are fast, and the software is loaded with features overall. However, we did run into some minor bugs that we hope will be fixed in the future.

There is the same amount of bloatware on the Realme GT Neo 2 as on any other budget Realme device. I also received constant notifications from system apps like the Theme Store, which detracts from the overall software experience. Fortunately, most of the bloatware can be uninstalled.

Another issue I faced was notifications from popular apps like Whatsapp, Slack, and Gmail. Realme seems to be a bit aggressive with battery optimization, as there was always a constant delay in receiving notifications from these apps. Because of this, I sometimes missed important emails. But, again, this issue is not a huge deal and needs to be fixed with an OTA update.

The brand has already revealed the roadmap for Realme UI 3.0 based on Android 12, and early access for the Realme GT Neo 2 will start in November 2021 if you are interested. 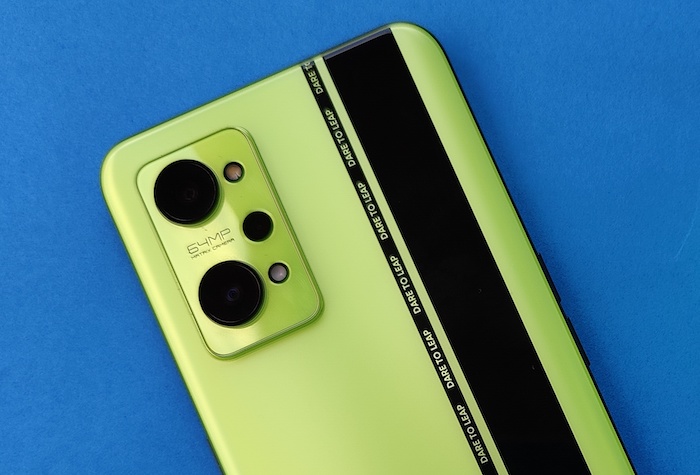 The device is equipped with a primary 64MP sensor (Samsung GW1) with an F/1.8 aperture. The primary camera takes photos at 16MP, and the images are pretty decent in good lighting conditions. Pictures are good on the whole, although they are a bit over-sharpened at times. The dynamic range could have been better, in my opinion as well.

Indoors, the pictures are average at best, losing some detail and overall sharpness. However, the device does a good job in extremely low-light conditions, especially when using the dedicated night mode.

Other sensors include an 8 MP ultra-wide-angle camera, but it is nothing out of the ordinary. Colors suffer, and just like the primary cameras, they are a bit over-sharpened.

Finally, there is a 2MP macro lens that works very well. It’s adequate in daylight if you hold the smartphone steady, but it’s barely usable after sunset. Personally, I would have preferred a telephoto lens over the macro camera any day. However, the device can record up to 4K 60fps, and the video recordings proved to be quite stable. 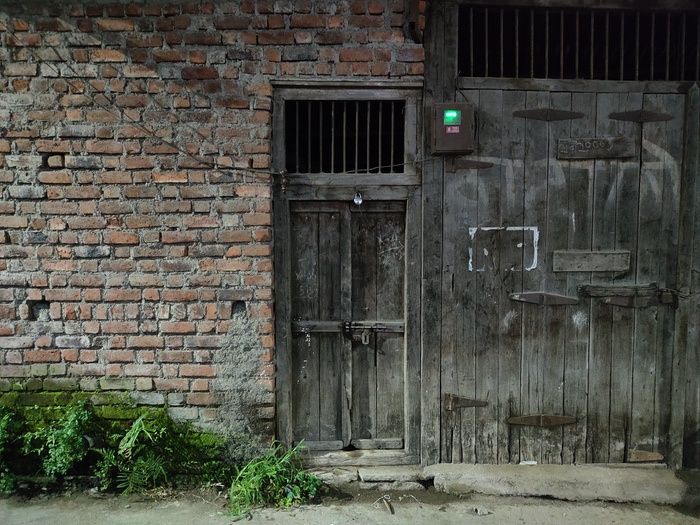 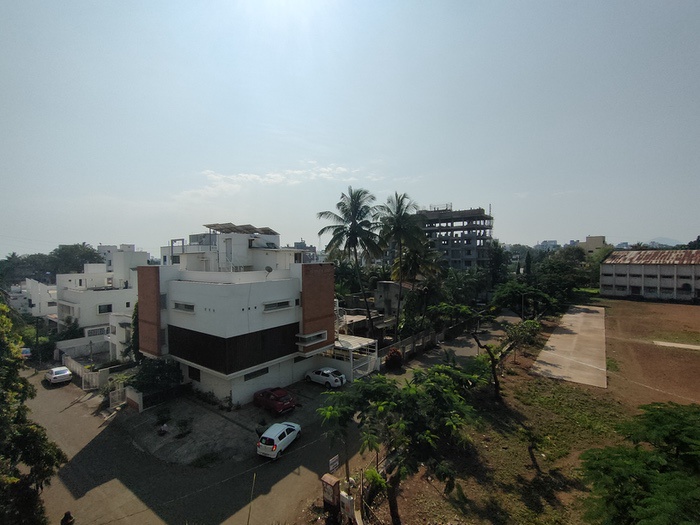 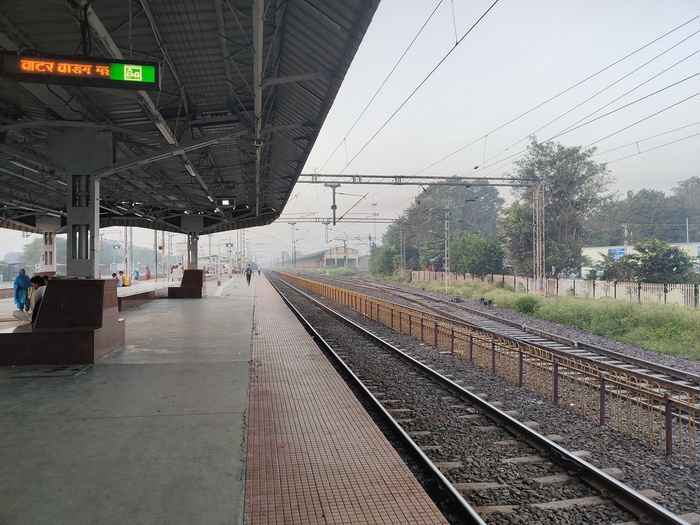 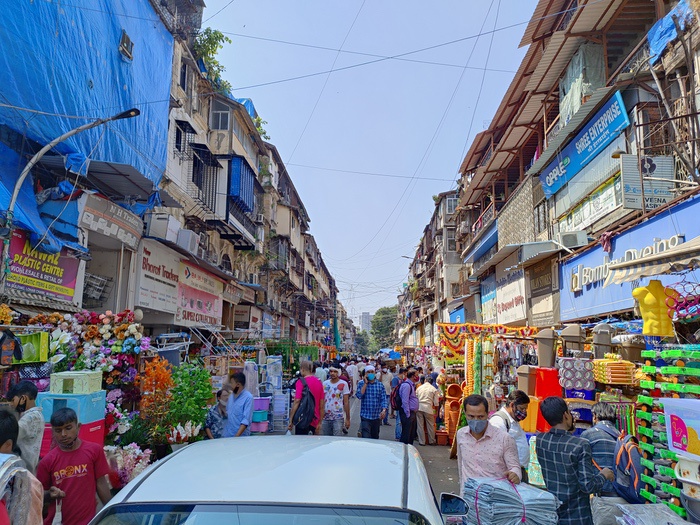 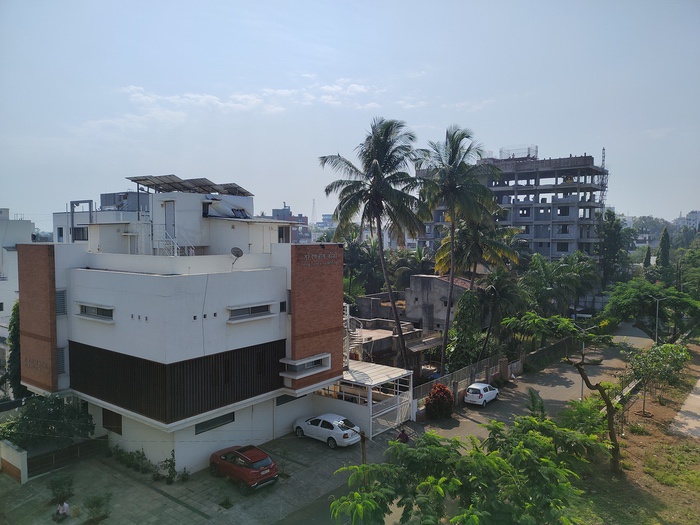 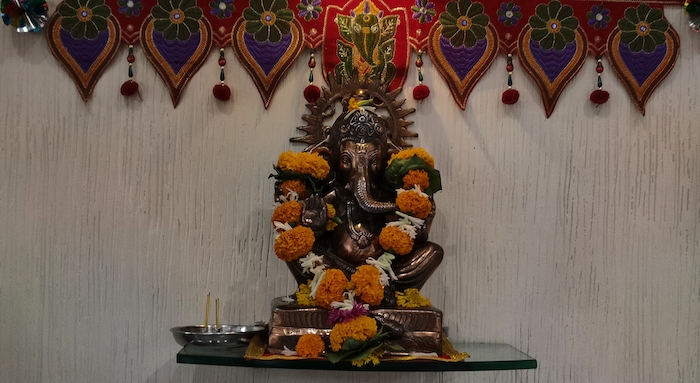 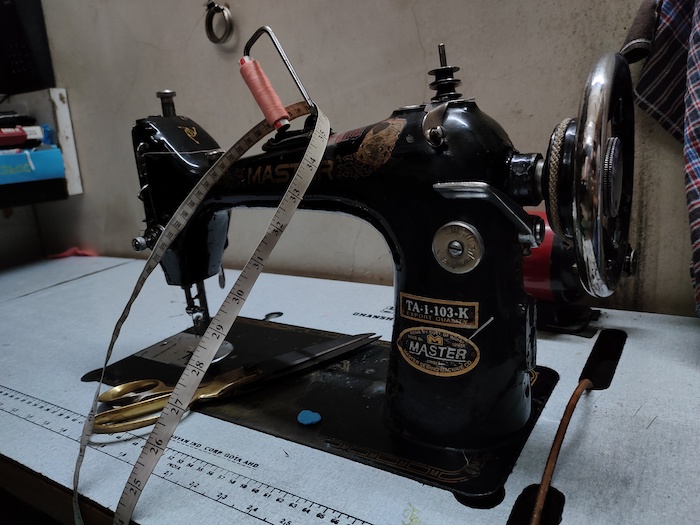 Pleasingly, the 16MP front camera was pretty good for selfies. Images turn out well, with sufficient detail and sharpness. However, as with other Realme devices, I did notice some background embellishment.

Many of you may be wondering how the cameras compare to the OnePlus Nord 2. Unfortunately, I do not have the OnePlus Nord 2 with me for comparison. Still, my friend, Srivatsa, who is great with cameras and has used both devices simultaneously, reports that the Nord 2 performs slightly better than the GT Neo 2.

All it takes is 33 minutes

The Realme GT Neo 2 5G has a 5000mAh battery that performed quite well in my test, and there is nothing to complain about. Initially, the battery was decent, but I received an update that was supposed to improve overall system stability. After the update, the battery life improved significantly. With moderate to heavy use, I was able to use the screen for an average of 6-7 hours, and the IDLE was also well managed. 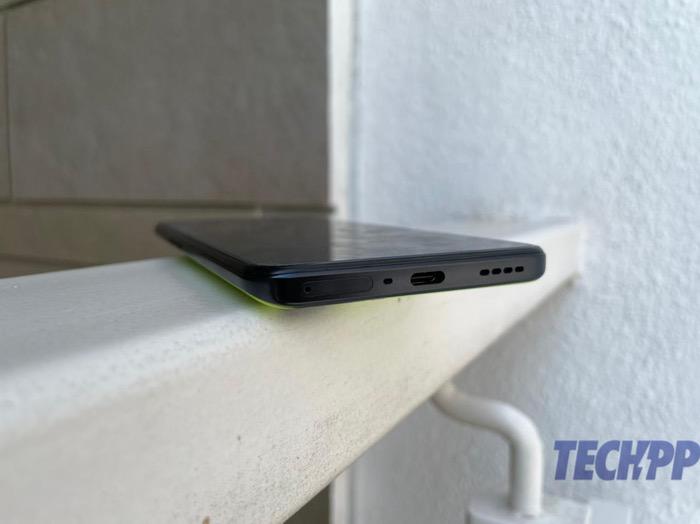 The device supports 65W Super Dart Charging, and man, it is fast. I was able to charge the device from 1-100% in just 33 minutes, which is fantastic and in line with OnePlus Nord 2 and iQOO 7. Note that the included charger does not support USB power delivery, and the included cable is USB A to Type-C instead of Type-C on both ends.

As for the quality of the speakers, it was excellent. Unlike the Realme GT master edition, which did without stereo speakers, this is not the case with this unit. The Realme GT Neo 2 5G has proper stereo speakers, and it makes a difference when consuming media or playing games on the device. So there are no complaints.

As the name suggests, the Realme GT Neo 2 supports 5G, making the device future-proof. But 5G, especially in India, will take a few years, and you should not buy devices just because they support 5G. If you are wondering about the band, the device supports ten 5G bands, which is almost a standard these days.

There’s also support for carrier aggregation and WiFi 6, so that’s good. Also, the call quality was pretty good, and the person on the other end never complained, and the handset quality was decent as well. I also liked the feel of the device, considering the price.

Should you buy the Realme GT Neo 2 5G? 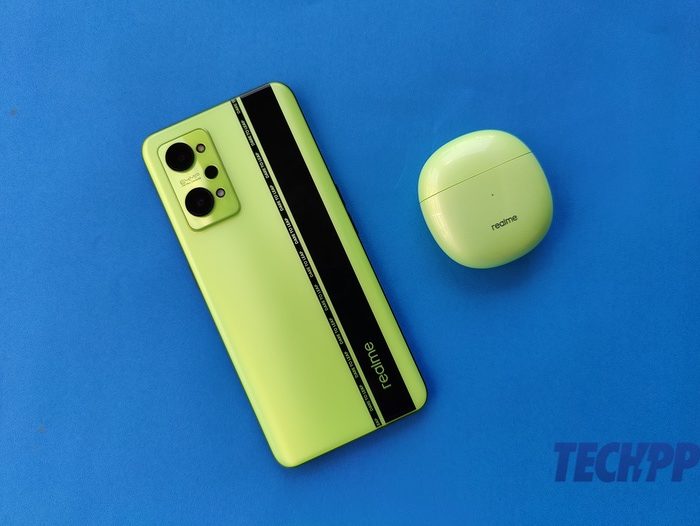 Realme GT Neo 2 5G is officially sold in three color options – Neo Green, Neo Blue, and Neo Black in two storage and RAM configurations. The 8+128GB is available for Rs. 31,999 and the 12+256GB will sell for 35,999. The device fits perfectly in Realme’s device catalog alongside the Realme X7 Max and the Realme GT master edition with some party tricks up its sleeve.

For the price, it faces stiff competition from Oneplus Nord 2 and iQOO 7. The OnePlus Nord 2 has a powerful Mediatek Dimensity 1200 chipset but has a 90Hz display instead of 120Hz, and the iQOO 7 has a Qualcomm Snapdragon 870 chipset. Competitors also include the popular Xiaomi Mi 11X, which has similar specifications.

The Realme GT Neo 2 5G lines up with the competition and is a true contender. It is hard to choose one over the other, and it is all a matter of personal preference.

If you are looking for a device with an excellent display, great performance, and good design, and can handle average cameras, you should consider the Realme GT Neo 2 5G as it does not disappoint on these fronts.

Review Overview
Was this article helpful?
YesNo
TechPP is supported by our audience. We may earn affiliate commissions from buying links on this site.
Read Next
iQOO 11 5G Review: Does It End Your Quest for the Ultimate Smartphone?
#Realme #Realme GT Neo 2 5G #review