When Xiaomi released the Mi 11 series of phones (two of which were in the X series – it is complicated!) last week, a lot of the attention was focused on the Mi 11 Ultra. This was not surprising, given that it was without doubt not just the most powerful and innovative of the three devices launched, but perhaps one of the most powerful and innovative devices in the world. Period. However, as we pointed out in an earlier article, while the 11 Ultra made the headlines, perhaps the most disruptive device of the lot was the one with the most modest specs and the lowest price – the Mi 11X. 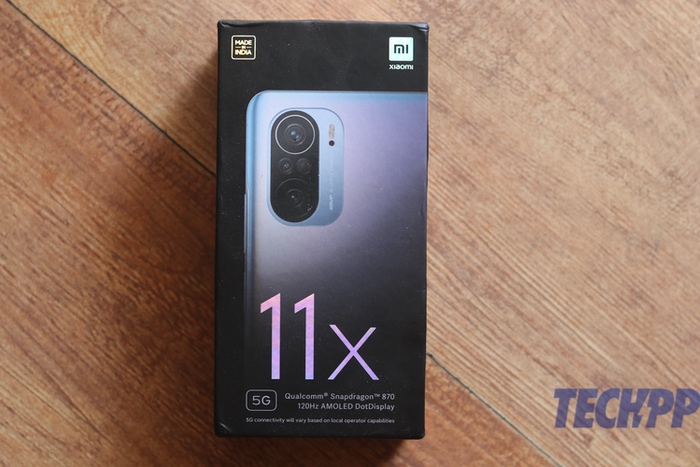 What makes the Mi 11X a huge disruptor is its price tag. It comes with what we call “crazy Xiaomi pricing” – starting at Rs 29,999 for 6 GB/ 128 GB (you get the 8 GB/ 128 GB variant for Rs 31,999). That price segment is generally occupied by devices that have slightly older flagship processors, or variants of the Qualcomm Snapdragon 700 series.

The Mi 11X brings a very new Snapdragon 870, which is a step ahead of the 865, to this zone. While how well it does will only be known in the full review when we have put the phone through its paces, but right now, it is veritably in a zone of its own and on paper, even outguns the Realme X7 Pro which is powered by the Dimensity 1000 + chip (which is a new flagship chip, but is closer to the Snapdragon 865 in terms of performance, by all accounts. At the time of writing, the most affordable Snapdragon 870 device in the country was the Vivo X60 which starts at a higher price of Rs 37,990. The iQOO 7 has been released at Rs 31,990 even as this is being written, but that brand has tended to focus on gaming.

And a lot of decent hardware as well 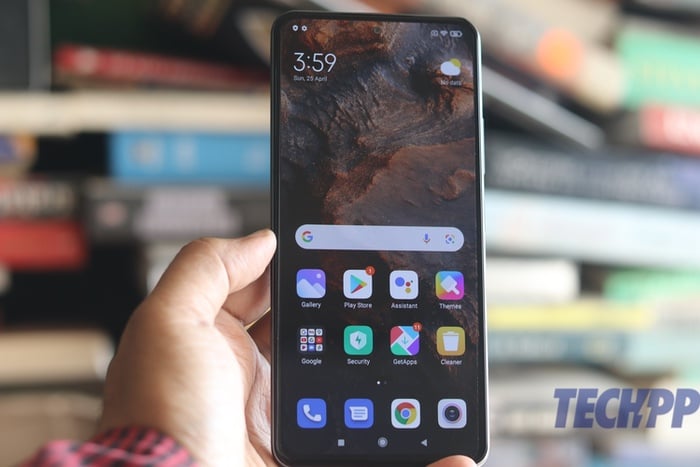 The Snapdragon 870 might be the star of the Mi 11X show, but it is backed up by some very good hardware as well. The Mi 11X has a 6.67-inch full HD+ E4 AMOLED display with a 120 Hz refresh rate, very similar to the one on its Pro sibling – yes, you get the always-on-display option too. It is an HDR 10+ display and has a peak brightness of 1300 nits. RAM and storage options are 6 GB/ 128 GB and 8 GB/ 128 GB, with RAM being LPDDR5 and storage UFS 3.1. Mind you, that storage is not expandable. There is 5G connectivity, and you also get Bluetooth 5.1, Wi-Fi 6, GPS (with NavIC support), and of course, that Xiaomi trademark, the IR blaster letting you use the phone as a remote control. 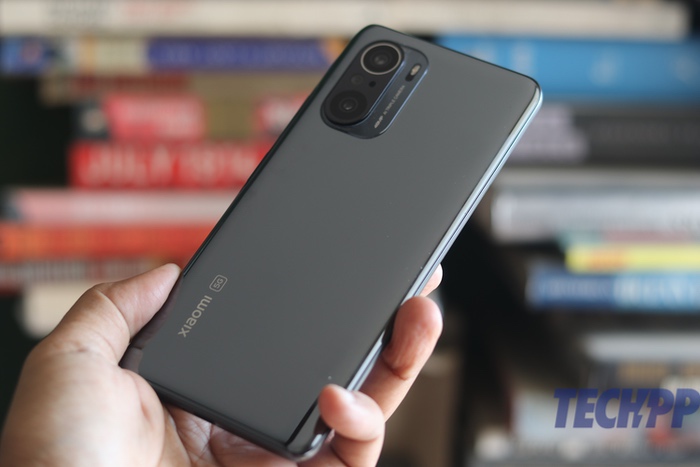 Also on board is support for Dolby Atmos and dual stereo speakers. There is no headphone jack, though, which might be disappearing slowly but is still present in many devices in this price segment. You also get MIUI 12 on top of Android 11. If you are careful enough and do not give permissions easily, you will end up with a relatively clean UI experience, with a number of handy features as well.

Cutting back a little on cameras? 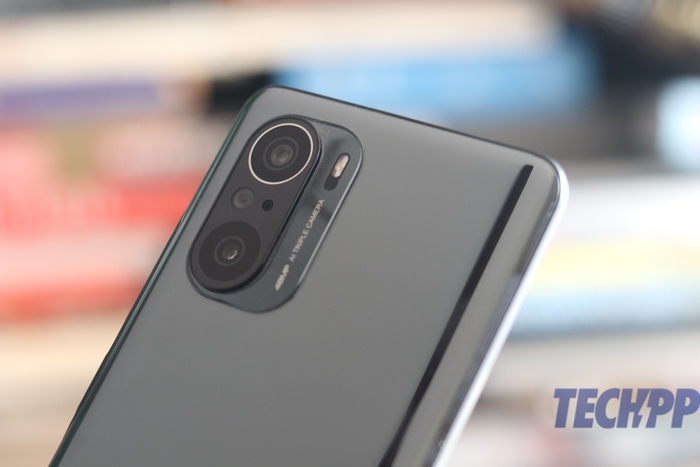 There do seem to be a few areas where some corners have been cut, though. Perhaps the most noticeable on paper is the camera set up. The Mi 11X comes with a 48-megapixel sensor with an f/1.79 aperture, which it claims is a good performer, but in megapixel terms seems a little behind the 64 and 108-megapixel players in its zone, and comes with no OIS. The other two cameras are par for the course – an 8 megapixel ultrawide and a 5-megapixel “telephoto macro”, which if it is as good as the one we saw on the Redmi Note 10 Pro Max, could end those “macro cameras are a joke” statements. You get 4K photography at 30 FPS on the video front. The front-facing camera is a 20-megapixel affair. And of course, this being a Xiaomi phone, you can be assured of a lot of shooting modes and options. 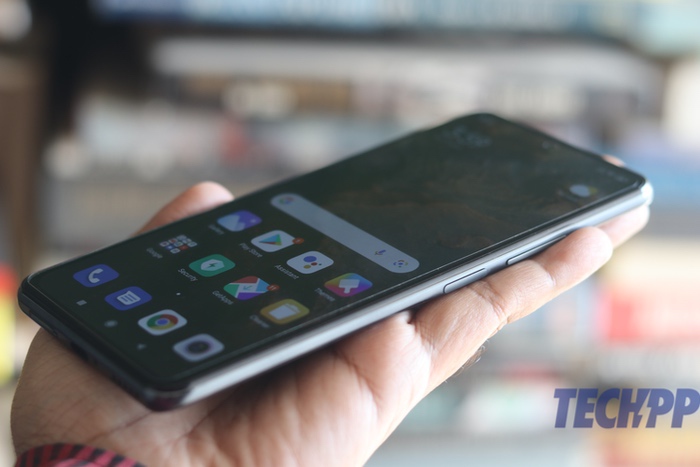 Similarly, the 4520 mAh battery is definitely on the larger side and the 33W charger is speedy enough, but other devices in the segment have much bigger batteries and charging speeds. Now of course, for all you know, these specs might punch well above their numerical value, but on paper, they do seem to give some hope to the competition. 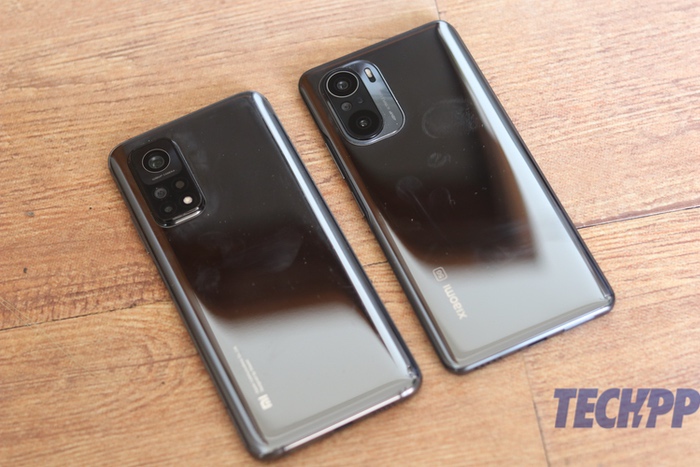 All of this is packed into a frame that has shades of the Mi 10T series and the Redmi Note 10 series. The front of course is all about that large AMOLED display, and the punch hole notch is right in the top center, with bezels barely visible. Flip it around and the camera unit will remind you of the Redmi Note 10 series with its slightly “staircase” like arrangement, with the cameras on one level, the flash a little below it, with the phone’s body still further below. Two cameras have got rather large lenses at the back with a third and a microphone just between them – Xiaomi says the microphone will help in better soundtracking. 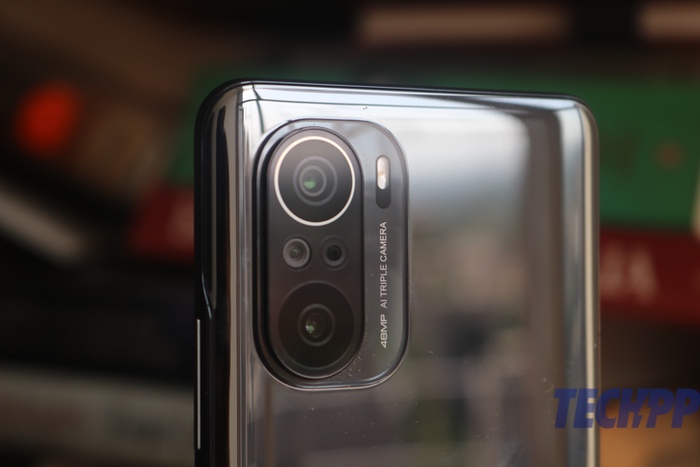 The back is very similar to what we saw on the Mi 10T series – very glossy and tapering off to the sides, and a total fingerprint magnet (there is a case in the box, relax). We got the Cosmic Black version and it sure looks very classy. although the Lunar White and Celestial Silver (especially!) might be a bit more flashy. The phone is impressively slim at 7.8 mm and at 196 grams, which is a little on the heavy side, not overly so. The front and back are Gorilla Glass 5, and the frame is a metal one. 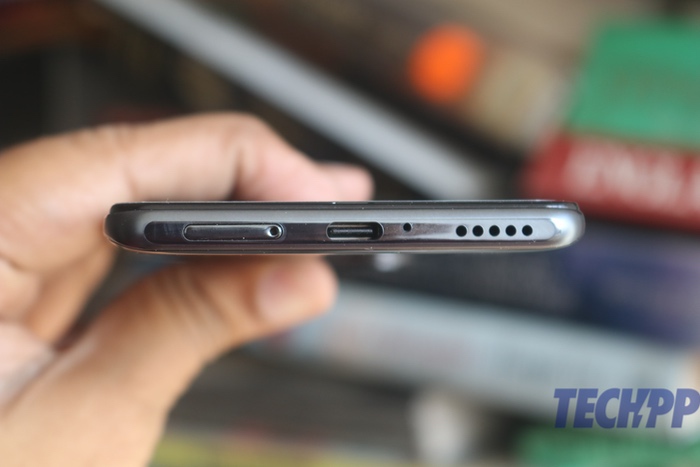 Yes, it is slippery and definitely on the larger side and it is not exactly going to scream for attention, but all in all, the Mi 11X has a very well-designed and premium feel to it.

Combine it with those specs and we wager that this could well be Xiaomi’s ticket to grabbing a big share of the Rs 25,000-30,000 segment, where the brand has not been very active since the Redmi K20 series. Of course, a lot depends on how well those specs come together and perform. Stay tuned for our detailed review in this regard.

Was this article helpful?
YesNo
TechPP is supported by our audience. We may earn affiliate commissions from buying links on this site.
Read Next
Eight years, Eight times Xiaomi surprised us with the Redmi Note
#First Cut #First Impressions #mi 11x #xiaomi