The launch of the OnePlus Nord in 2020 saw OnePlus return to a more mid-segment price zone, after having spent a year in premium lands. 2021 saw a new member added to the Nord family, the Nord CE (Core Edition), which OnePlus claimed was focused more on delivering a strong core or basic smartphone experience to users. The phone is believed to have done well and now has a successor, the OnePlus Nord CE 2. The focus of the phone remains the same – a good core smartphone experience. But, does it deliver? 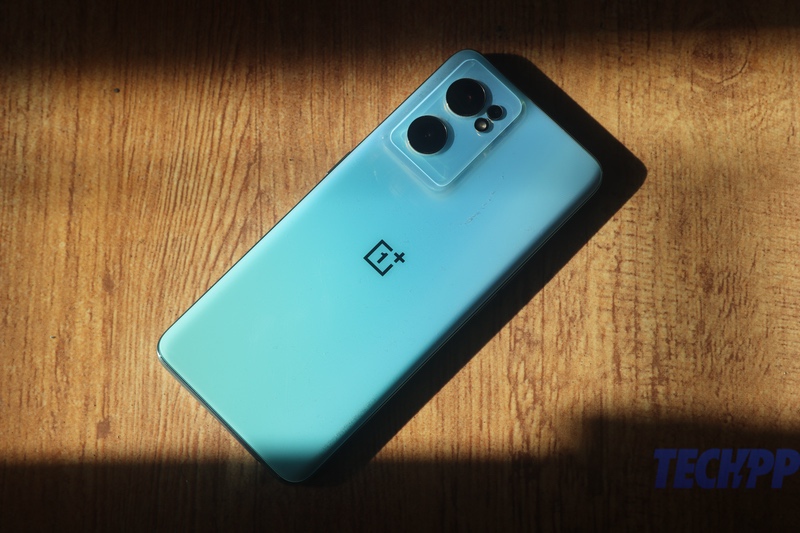 A familiar shade of Nord-ic blue

We received the Bahama Blue variant of the OnePlus Nord CE 2. It reminded us very strongly of the original Nord, which had a similar shade, although with a slightly different finish. At a time when some phones are going for the “flat side and back” design formula, the Nord CE 2 sticks to a curved back and slightly convex sides and pulls it off very well indeed. The phone will not stop traffic or turn heads but will attract nods of appreciation with its understated yet classy design.

The front is all about the 6.43-inch display with a punch-hole notch in the top left corner, but it is the back that is the design star. It has a beautiful shade of light blue, and the rectangular camera unit seems to literally grow out of it, rather than appearing stuck on it as we have seen on so many devices (shades of the Galaxy A series from Samsung, but we are not complaining). The front is covered by Gorilla Glass 5, and so is the back, although some have reported it as plastic. The whole phone has a gently premium feel to it, but the absence of dust and water resistance is disappointing.

Not just a 3.5 mm jack, but expandable storage too

The frame between the front and back has no alert slider (just as in the first Nord CE) but comes with two features that many users will love. There is a 3.5 mm audio jack on the base (along with the Type C port), and right above the volume buttons on the left side is the SIM card tray, which also has a dedicated microSD card slot – the first on a OnePlus phone as far as we know. The top is plain, while the base also has a speaker grille. Unfortunately, it is the only speaker on the phone, a bit of a letdown in an era in which stereo speakers are becoming more common in this price segment. The display also includes an in-display fingerprint scanner, and the right side only has the power/display button. It is a very clean, minimalistic design. 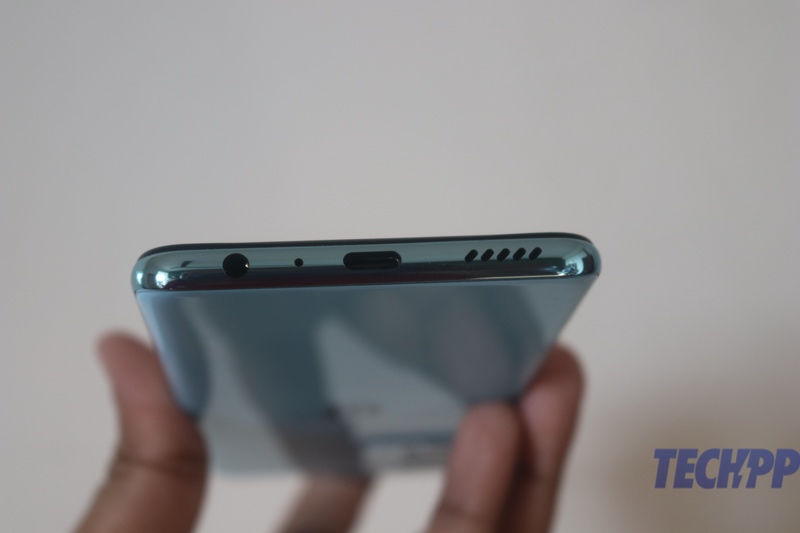 At 160.6 mm, it is a little on the taller side but is impressively slim at 7.8 mm (OnePlus calls it one of its slimmest phones). It is 73.2 mm wide and, at 178 grams, does not feel too heavy. We would not call it super compact – hardly any phone is, these days – but the Nord CE 2 has got a great hand feel and is comfortable to hold. All in all, it is a smart-looking smartphone.

Specced for the steady, not the spectacular

The first Nord CE was not a spec monster, and the Nord CE 2 follows in its footsteps. The 6.43-inch display is a full HD+ AMOLED one with a 90 Hz refresh rate, which is decent enough but not exactly spectacular – there are phones with lower price tags with AMOLED displays with a 120 Hz refresh rate. The processor is a MediaTek Dimensity 900 chip, which is superior to the Snapdragon 750 we saw on the Nord CE, but again is just a bit below some others in its price segment. 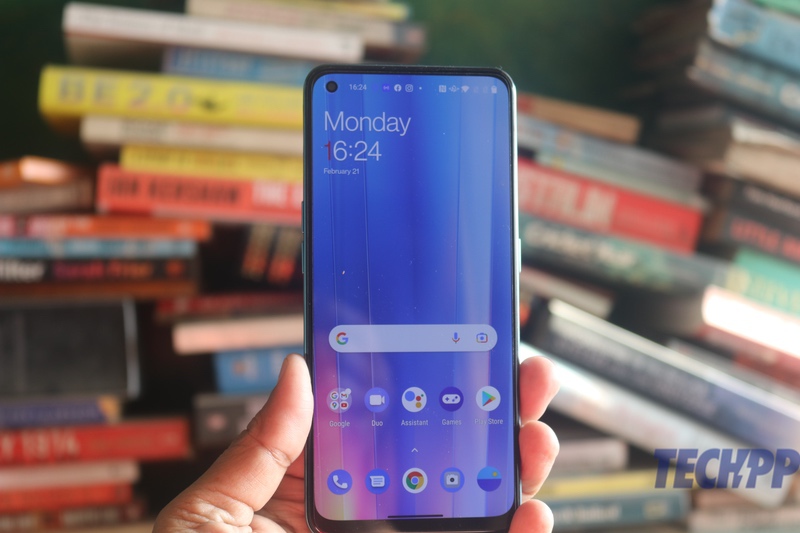 The chip is paired with 6 GB and 8 GB of RAM, depending on the variant you choose, while you get 128 GB of storage on both variants, which can be expanded to 1 TB using that microSD card slot. There are three cameras on the back – a 64-megapixel main sensor, an 8 megapixel ultrawide, and a 2-megapixel macro sensor – and that tiny notch in front houses a 16-megapixel selfie camera.

5G for the future, Android from the past

There is support for 5G connectivity which makes the phone a little future-proof, but somewhat surprisingly, the software running it is OxygenOS 11 on top of Android 11. Unfortunately, it is rare to see OnePlus devices released with older versions of both its own software and Android. While this is not a deal-breaker for most consumers, we must confess to being a little disappointed, given OnePlus’ excellent track record in this department in the past. 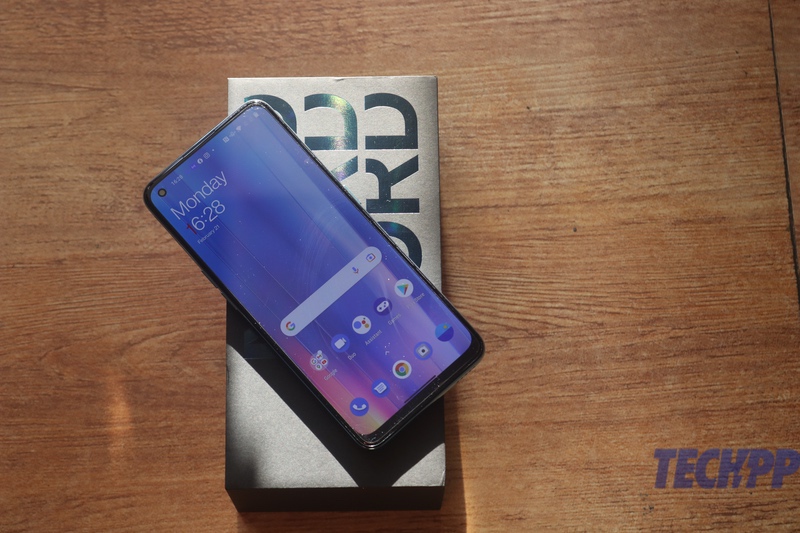 The biggest spec star is the 65W SuperVOOC battery charger, which OnePlus claims can get the 4500 mAh battery from zilch to full in a little more than half an hour. While not unique, that is still exceptional at this price point.

Delivering a steady performance too 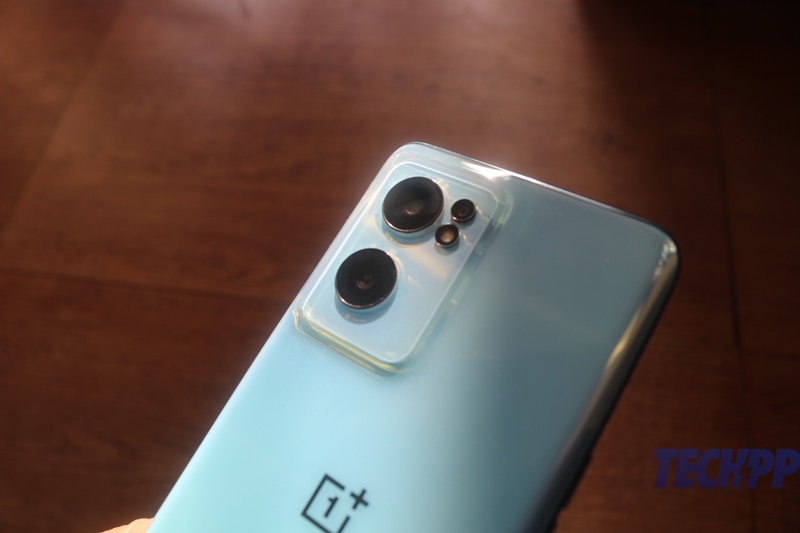 That bunch of steady-not-spectacular specs deliver a generally smooth enough performance. The OnePlus Nord CE 2 will do a super job for you, as long as you do not really push it into the heavy task zone. You will be able to play most hefty games with settings turned down and casual titles (the Candy Crush types) without any trouble. Routine tasks, like browsing the Web, checking social networks, sending and receiving messages, and some image editing, just fly along smoothly on it. The display is bright and handles colors well, which makes it good for watching videos and shows. The absence of stereo speakers does make a difference, although you can plug in your wired earphones into that 3.5 mm jack for a more immersive multimedia experience.

Photography on the device can be good, as long as you largely stick to good light conditions and the main sensor – low light performance is not its forte. The main 64-megapixel sensor will deliver good details and reasonably realistic colors, while the ultrawide provides a wider perspective, although its lower megapixel count compromises details. Unfortunately, the macro camera does not do much – we would suggest using the other sensors for close-ups and doing some cropping for best results. On the other hand, the selfie camera delivers good colors and details. Video quality is social network worthy with support for 4K video. 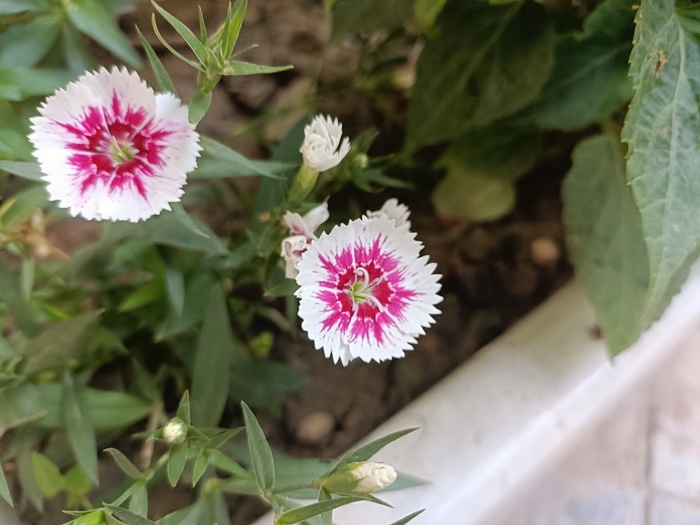 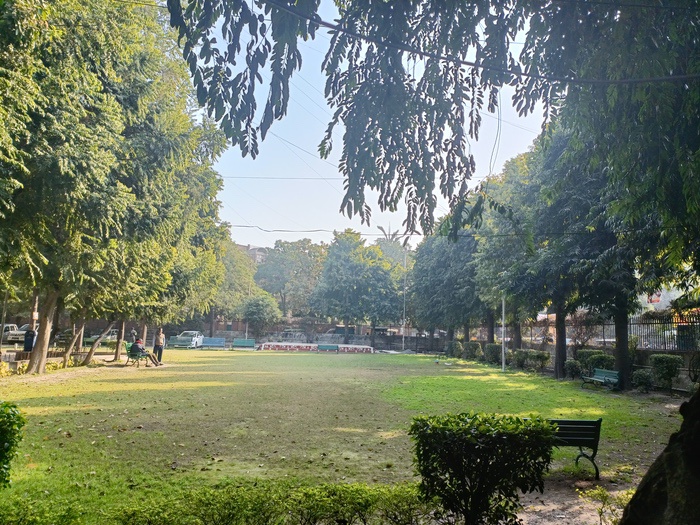 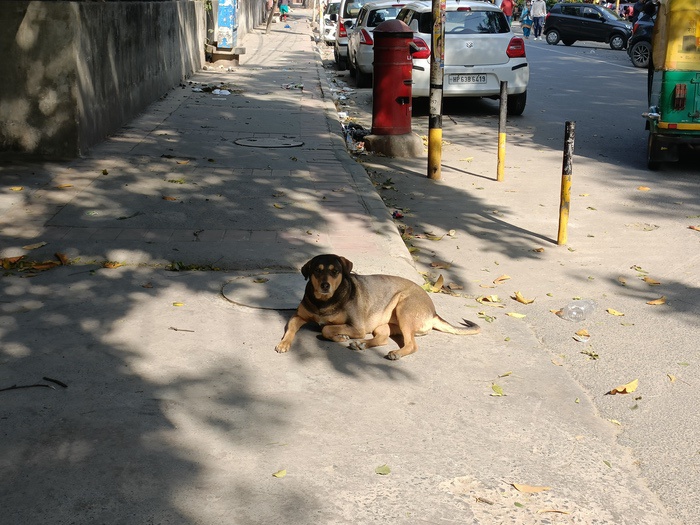 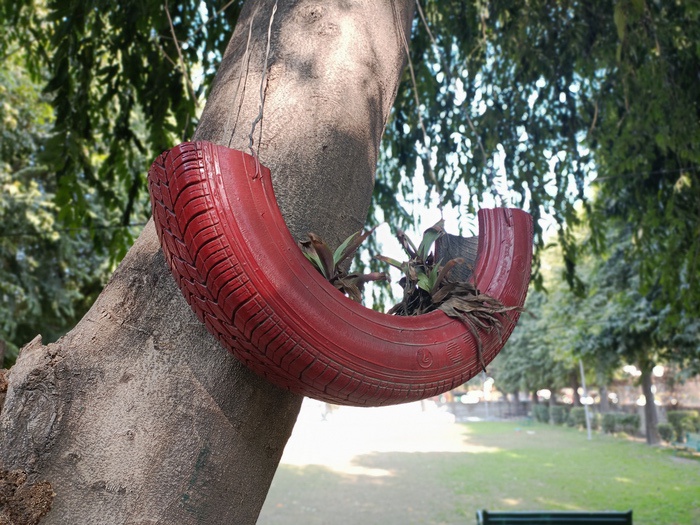 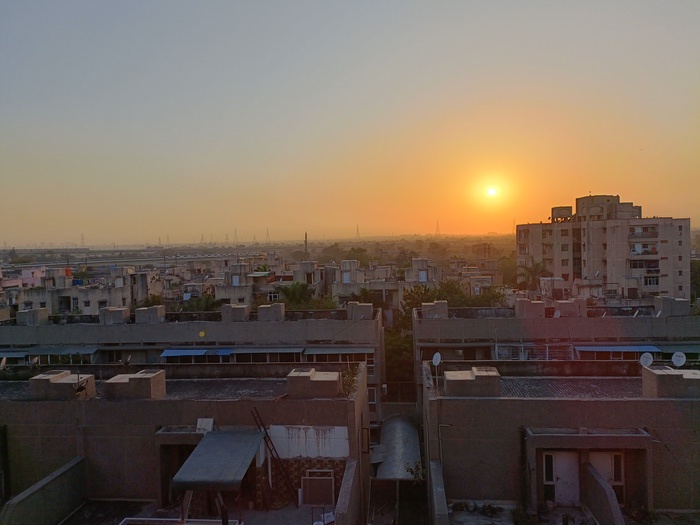 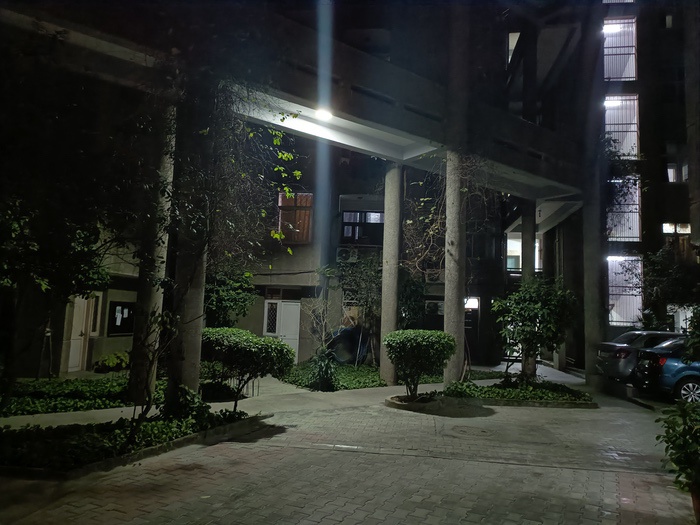 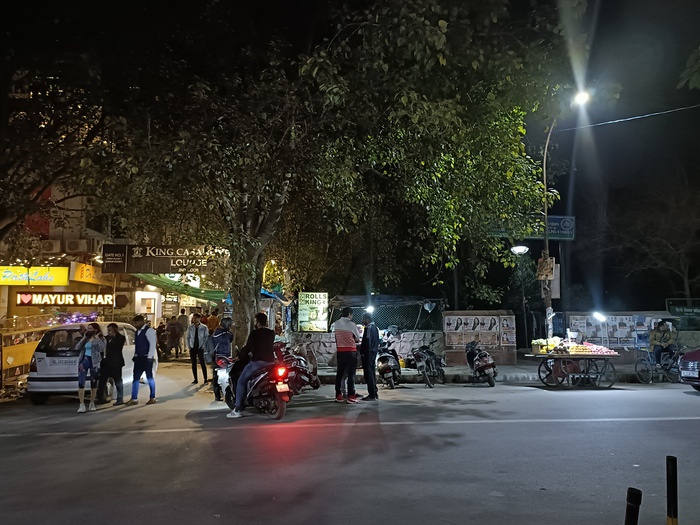 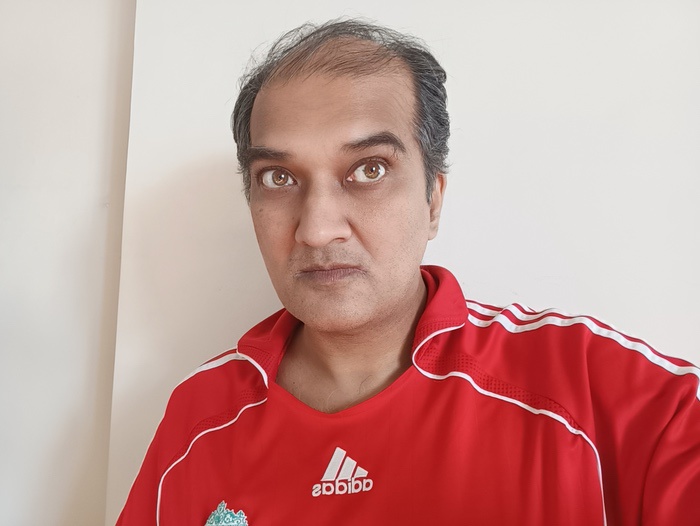 OxygenOS 11 runs smoothly and is as uncluttered as ever, although it would have been nice to see Android 12 here. The in-display fingerprint scanner works accurately. It is not as fast as the ones on the side or back, but we do not think those saved microseconds make that much of a difference to most users. Battery life is a little over a day of normal to heavy usage on a single charge, and that 65W SuperVOOC charger can charge the phone fully in about 35 minutes, which is very impressive indeed. The OnePlus Nord CE 2 is very much your everyday device, getting through routine work easily living up to the Core Edition tag.

Great if you want just a core experience…

Which brings us to the big question: is the OnePlus Nord CE 2 worth investing in? The phone is available at Rs 23,999 for its 6 GB/ 128 GB variant, with the 8 GB / 128 GB one being priced at Rs 24,999. If all one wants is steady, consistent performance for routine work, then the phone is decent value for money. 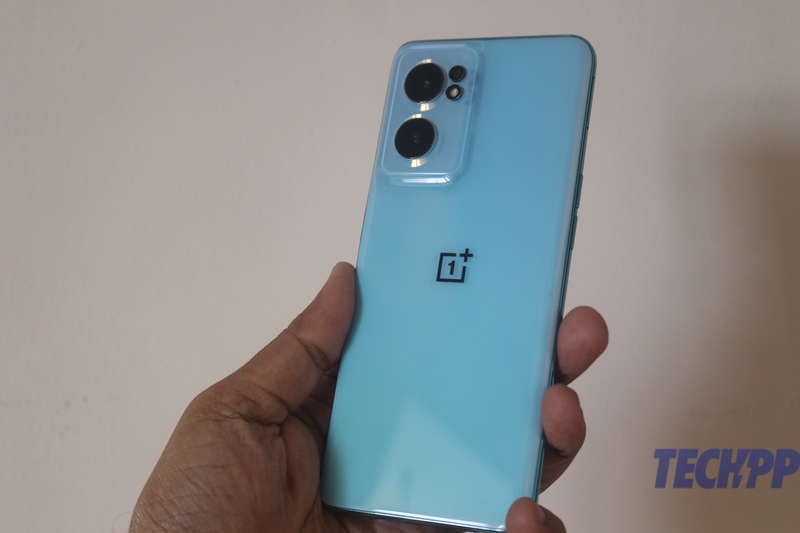 Bring the competition into the picture, and things start to change. The Realme GT Master Edition brings a much more eye-catching design, a faster processor (the Snapdragon 778), and better cameras at a slightly higher price.

Spending a little more could also get people the Xiaomi 11i HyperCharge that has a better processor (Dimensity 920) and a bigger display, better cameras, stereo speakers, and of course, that blistering 120W charging speed, which makes even SuperVOOC charging look relatively slow. You can even get a non-HyperCharge variant of the Xiaomi 11i at a lower price, with almost the same specs but with a bigger battery and a slightly slower charger as compared to the Xiaomi 11i HyperCharge but at 67W, still faster on paper than the 65W one on the Nord CE 2.

There is also the very stylish and slim Xiaomi 11 Lite NE, which again boasts a better processor, display, and cameras. Some OnePlus fans might even be tempted to invest a few thousand rupees more and get the far more powerful Nord 2, which starts at Rs 27,999. 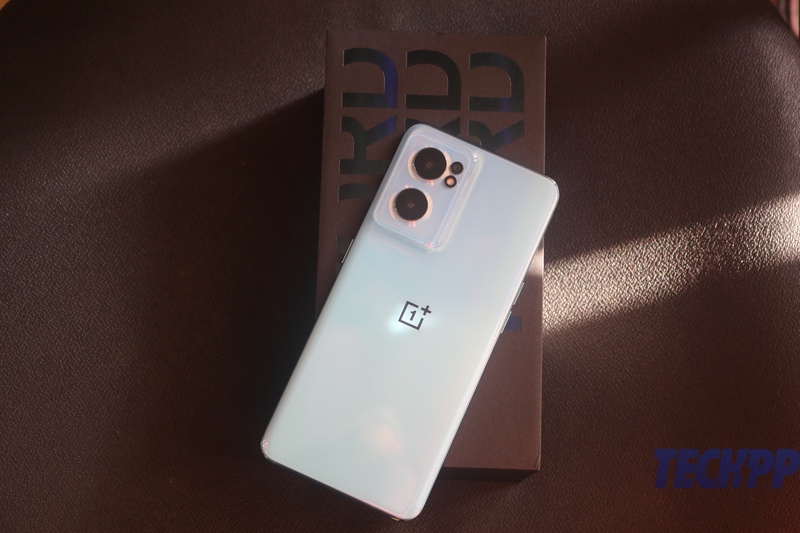 The OnePlus Nord CE 2, in many ways, reminds us of a classic Nokia phone in the pre-2010 era – a solid and smart performer. However, it is not a record-breaking device but is looking to score on good old basics. Just how many people value that in a segment that is increasingly spec-obsessed could determine how well it does in the market.

There will always be room for a phone which does the basics well. But how big that room is, is anyone’s guess. With the OnePlus Nord CE 2, OnePlus has bravely gambled on the user experience rather than a device spec sheet. The coming days will tell us if the move pays off.

Review Overview
Was this article helpful?
YesNo
TechPP is supported by our audience. We may earn affiliate commissions from buying links on this site.
Read Next
iQOO 11 5G Review: Does It End Your Quest for the Ultimate Smartphone?
#oneplus #OnePlus Nord CE 2 #review