Statutory Warning: This device should not be compared with others in spec terms.

Those are the words that should accompany every box of the Mi 11 Lite. Let us get that absolutely straight: Xiaomi’s uber light and uber slim phone is not in the spec comparison business. If you are looking for the best hardware – the fastest processor, the highest megapixel cameras, the biggest battery, and so on, then this is not the phone for you. 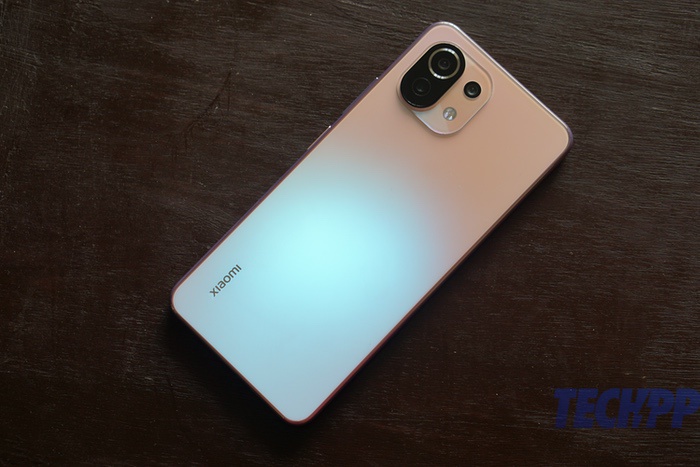 For, in a segment that is obsessed with spec sheets and benchmarks, the Mi 11 Lite dares to fight on something else – pure design. It is what many would call a “lifestyle” product – one whose appearance and design contribute as much (if not more) to its perceived value as its actual performance. And that poses a big challenge for it because, over the past few years, style seems to have become the preserve of more expensive devices, with those in the mid (and even the so-called “premium mid-segment”) battling over specs. Style and design are factors indeed, but they are largely secondary – the specs rule the roost here.

The Mi 11 Lite is therefore trying to break new ground and create a new segment of sorts – one which is a middle segment in terms of performance but is premium in terms of design and appearance.

If thin is in, the Mi 11 Lite owns the house

And well, the Mi 11 Lite definitely plays the premium, slim and trim game very well indeed. The front has a 6.55-inch AMOLED display with a tiny punch hole in the top left corner. But the magic is on the back. We got the Tuscany Coral variant, which has a soft peach-like, almost velvety texture on the back. It has a very premium feel with the glass back and front (Gorilla Glass both), and a magnesium alloy frame. The back comes with what Xiaomi calls an AG (anti-glare) matte design (for Tuscany Coral and Jazz Blue, the Vinyl Black has a mirror finish, which we suspect could be glossy) to keep fingerprints at bay, and thank God, it actually seems to work. 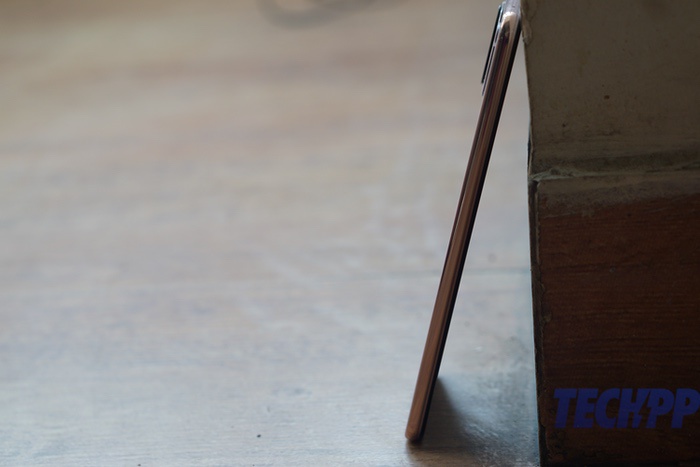 There is a transparent case in the box, but we did not need to use it, something for which we are thankful, for this is a rather good-looking phone. In fact, we would go out on a limb and say that in terms of sheer feel and appearance, this is one of the best-looking phones we have seen in the sub-Rs 30,000 category, right alongside the super elegant Gray Ash variant of the OnePlus Nord.

That said, we would also like to state that the slimness and relative lack of weight of the phone did not exactly jump out at us. And that is perhaps because we have handled the iPhone 12, which is close in thickness and weight to the Mi 11 Lite – 7.4 mm to the 6.81 mm of the 11 Lite, and 162 grams as against 157 grams. Then there are devices like the Pixel 4a and the iPhone SE which are actually lighter. Factor in the fact however that the Mi 11 Lite is not a smaller version of a phone, and its lightness hits you right away – the iPhone 12 at 146.7 mm is much smaller in size than the full-sized 160.53 mm tall Mi 11 Lite. 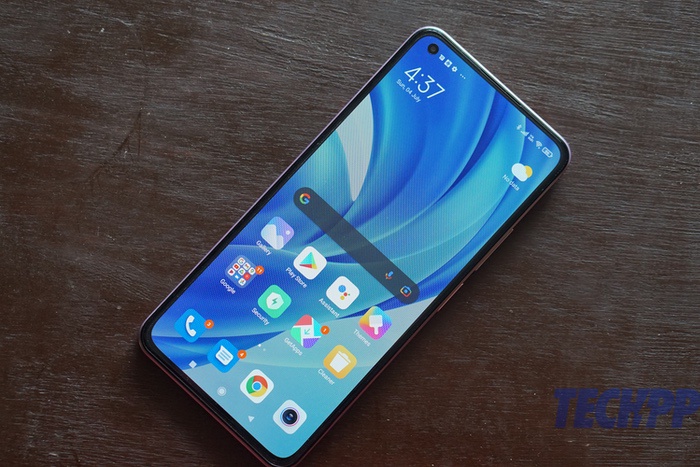 And that is a key factor to be kept in mind – the Mi 11 Lite does not make any compromises in size to reduce its weight or thickness. This is not a mini-fied version of a larger phone. You are still getting a big display and a surprisingly big battery inside a frame that cuts no corners in terms of design and materials used. The Mi 11 Lite might be slim and light, but it is no frail customer and feels well built. Yes, there is no 3.5 mm audio jack, but we have seen that missing in much thicker phones. In terms of appearance, the Mi 11 Lite comes across as a very sleek and slim phone, one that definitely seems to be more premium than mid-segment in terms of appearance. Incidentally, it comes with the now-almost-expected IP53 dust and splash resistance that is becoming a Xiaomi/Redmi staple feature.

A steady, rather than spec-tacular performer 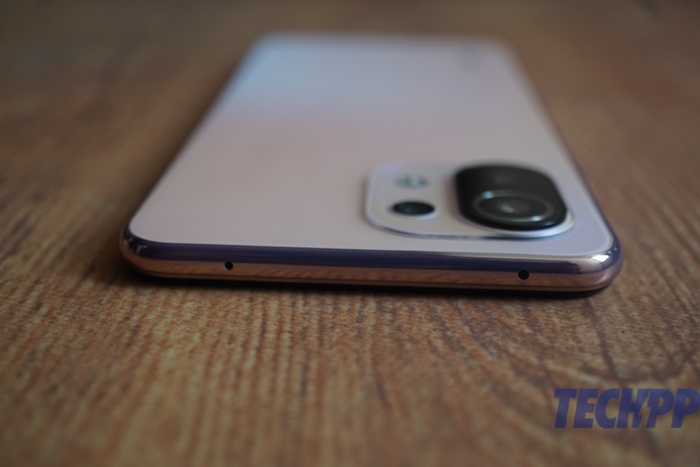 Those premium feels persist when you switch on the phone and see the wonderfully bright 10-bit AMOLED full HD+ display. The difference between an 8-bit and a 10-bit display is not really apparent, and the 90 Hz refresh rate does not really hit you until you get into scroll mode, but make no mistake, this is a superb display and right up there with the best in the segment. It is not a “smart” or “adaptive” display, though, so you have to choose between a fast 90 Hz refresh rate or a more battery-friendly 60 Hz one.

The mid-segment feels, however, do tend to drift in when you start using the phone. No, we are not saying that the Mi 11 Lite feels sluggish or slow. It performs at a decent clip for most of the time, but if you have used a Nord or the Mi 10i, you might just feel it to be a little less snappy. Is this the fault of the Qualcomm Snapdragon 732G chip (which comes with 6 GB/ 128 GB and 8 GB /128 GB RAM and storage variants)? Perhaps, although at times it does seem to work faster than it did on the bestselling Note 10 pro series. It is good enough for most regular tasks and multitasking, but do not drag it into high-end gaming. The dual speakers and sharp display do make it great for consuming content and watching shows and videos, though. 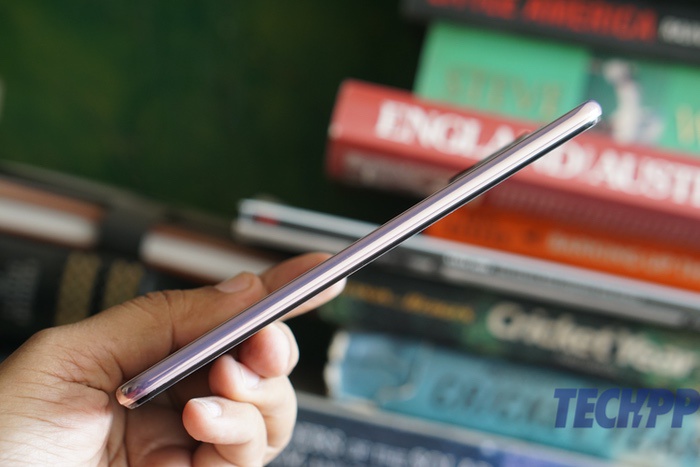 Rather remarkably, the phone does not heat up significantly – something we were expecting given how slim it is. Another pleasant surprise is the presence of expandable memory, although you will need to give up one of the dual SIM slots for it. There are also dual speakers for some rather good sound. 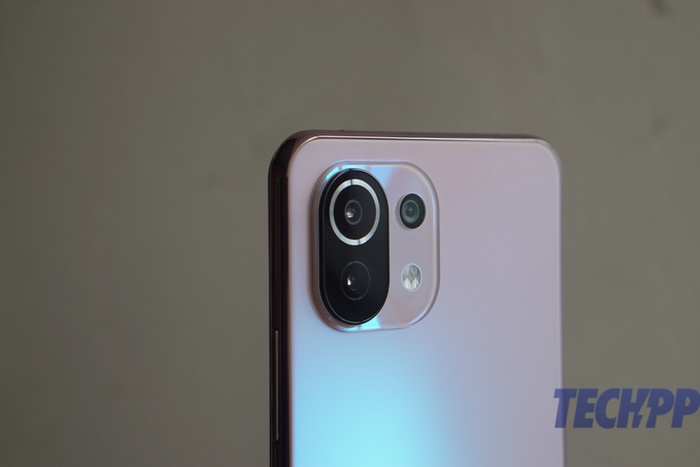 “Rather good” also sums up the performance of the cameras on the device. The Mi 11 Lite comes with a triple camera arrangement, and fortunately, none of them are “back decorators” – you get a 64-megapixel main camera, an 8 megapixel ultrawide, and a 5-megapixel telemacro sensor. And in good light conditions, all three deliver very good results. Yes, there were times when we felt that the focus was a little off (especially in the telemacro), but by and large, the details were good and the colors were pleasant, although a bit on the oversaturated side. Video quality was decent enough for social networks and Xiaomi, to its credit, has thrown in a number of shooting and editing options (there are 23 Director modes onboard, a vlog mode, and a variety of special effects), allowing you to do a whole lot more with the cameras. The 16-megapixel selfie camera also ticks the “good in good light” box and has a surprisingly good portrait mode. Mind you, image quality suffers when the lights dim. These are good enough cameras but they are not really exceptional – there are better ones in the segment and at least one of them comes from Xiaomi itself. 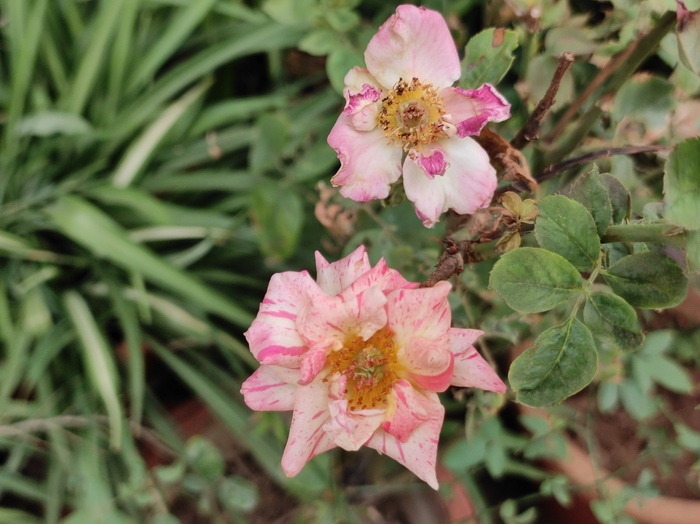 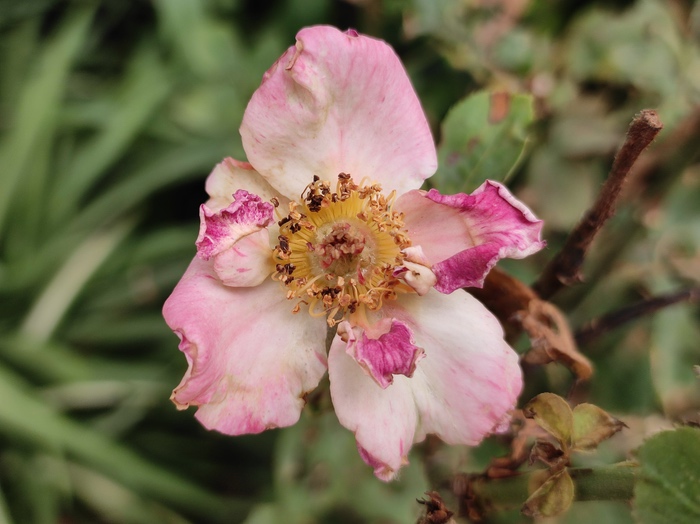 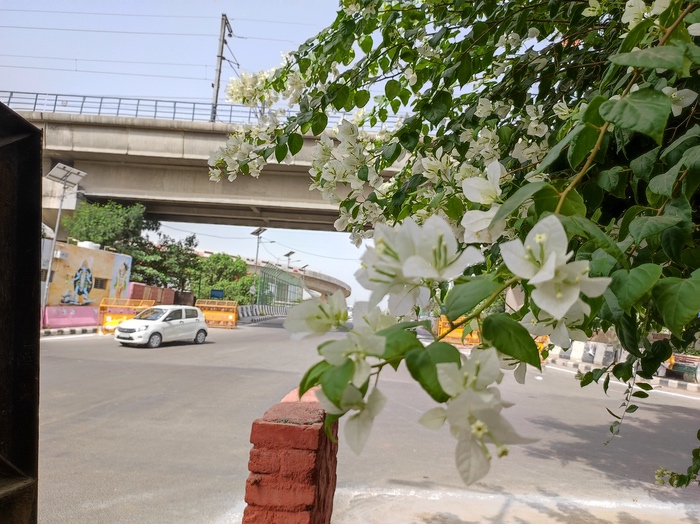 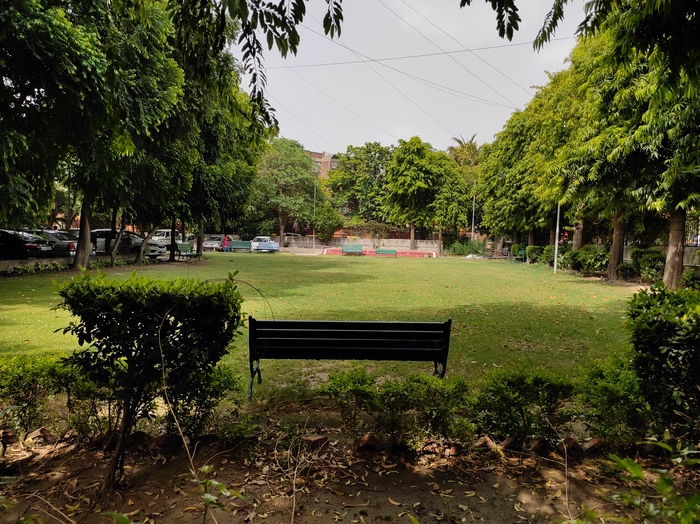 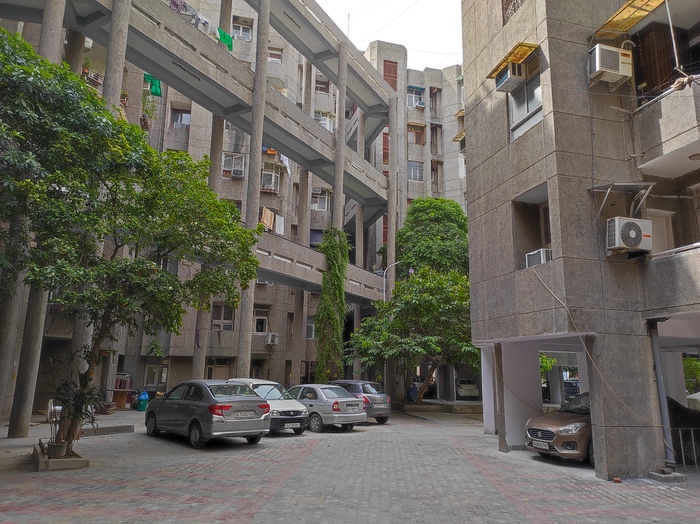 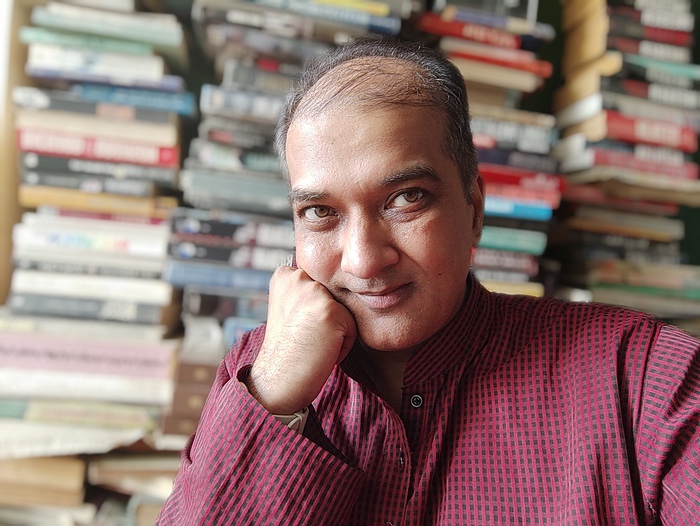 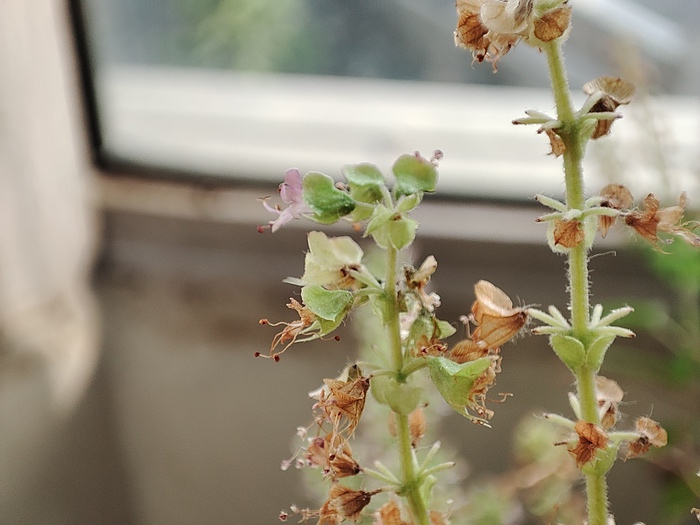 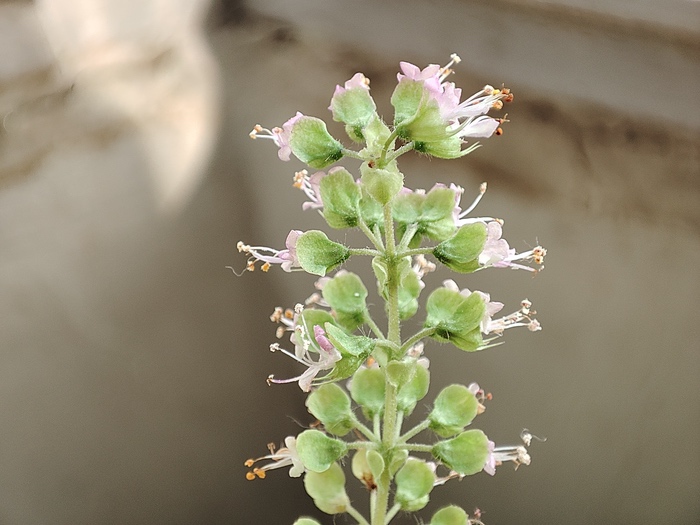 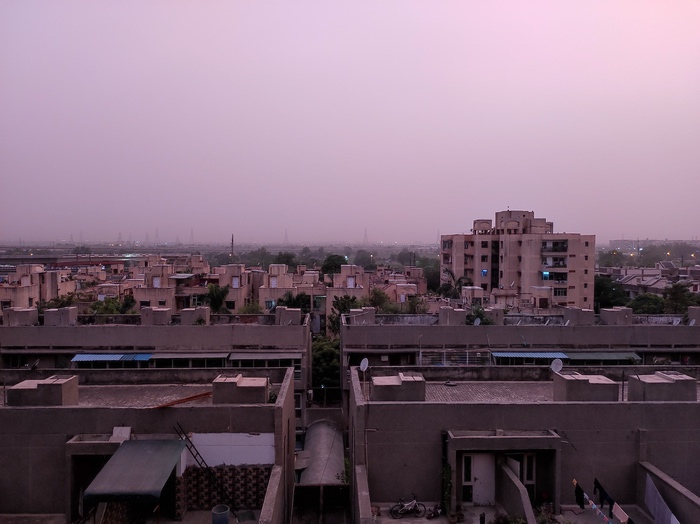 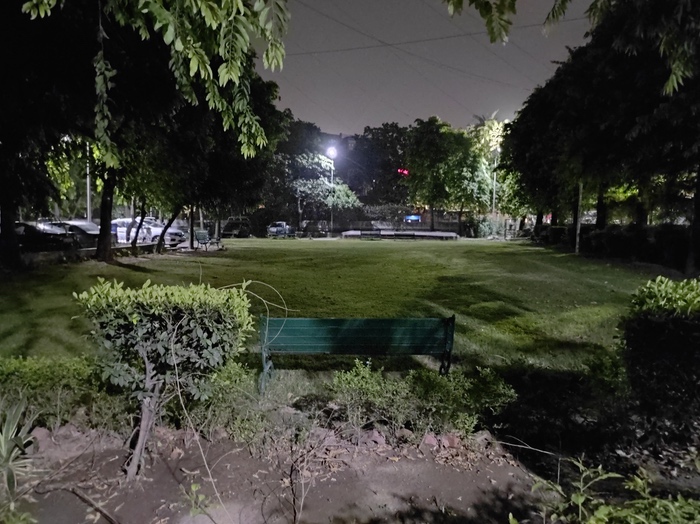 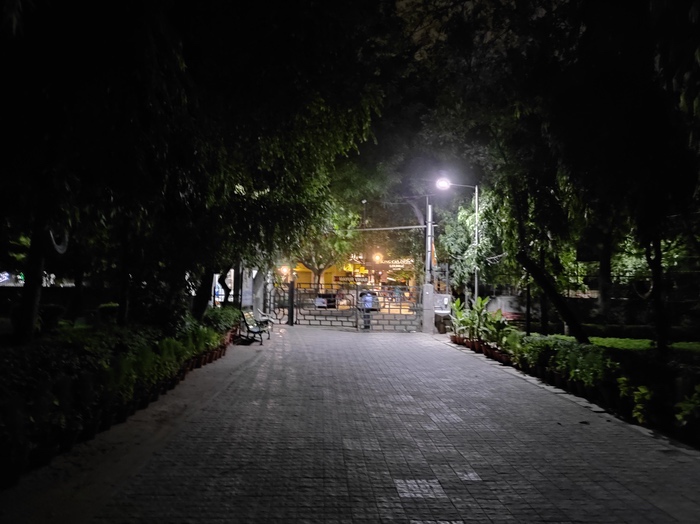 That can be said for the battery too. The fact that Xiaomi not only squeezed in a 4250 mAh battery into that slim frame but also kept the weight low has got to be a major engineering achievement. It is good enough to last out a day of normal use at 90 Hz and will go a little beyond at 60 Hz, which is par for the course for the segment. It also comes with a 33W fast charger in the box, which gets it to around 60 percent in half an hour, and will take it from 0 to 100 in about an hour and ten minutes. Again credit to Xiaomi for not cutting corners here when it could have.

A minor letdown is a fact that the phone runs on MIUI 12 on top of Android 11. Given the fact that a number of Xiaomi and Redmi phones run on the less cluttered MIUI 12.5, this is a bit of a disappointment, even though MIUI 12 itself is relatively cleaner than some of its ad-filled predecessors. Some might also complain about the absence of 5G. Yes, the network is not yet available in India and there are no clear indications as to when it will arrive, but given the fact that many devices in this price segment come with 5G support, its absence here might disappoint some users. That apart, the Mi 11 Lite is a steady and generally smooth operator. The fingerprint sensor on the right side (hooray!) doubles up as a power button and works very smoothly, and the slimness of the phone has not shrunk out the IR blaster which is now a Xiaomi/Redmi trademark, almost.

Pay for the spectacle, not the specs 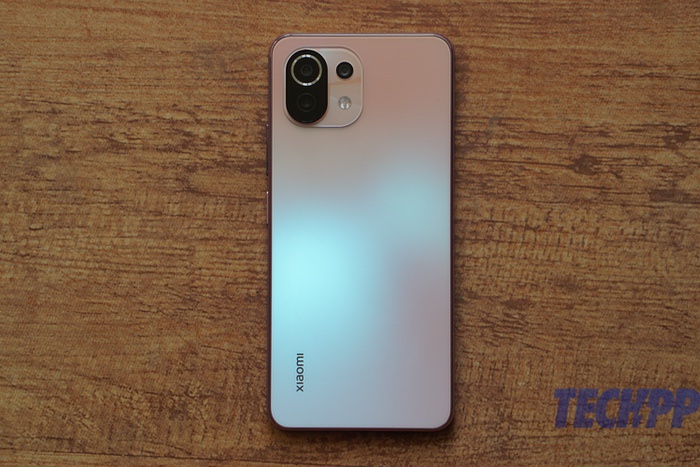 So should you be shelling out Rs 21,999 on the Mi 11 Lite? Well, as we said at the very beginning if you are a spec sheet hunter, then this is not the phone for you. People will point out (and actually have already done so) that the likes of the Redmi Note 10 Pro series, the OnePlus Nord CE, the iQOO Z3, and the Mi 10i offer comparative (or even better) specs than the Mi 11 Lite, at competitive and in some cases, even lower prices. Which of course, brings up the issue of who the phone is for? Well, we would say it is for those who want a slim and lightweight phone without too many compromises on performance. And there the Mi 11 Lite is in a league of its own. 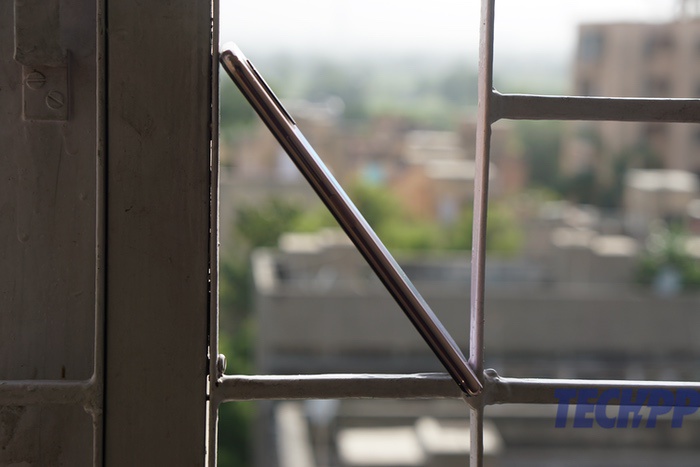 It is a smartphone that gives off those designer and stylish feels without getting into the really premium pricing zone – perhaps the last phone to try and do that was the special edition of the Realme X. In a segment known for its value for money offerings, the Mi 11 Lite dares to offer value for style. And pulls it off to a large extent. Indeed, it has run up very impressive sales even as this is being written.

It might be Lite in name, but it is no lightweight. Figuratively speaking.

Review Overview
Was this article helpful?
YesNo
TechPP is supported by our audience. We may earn affiliate commissions from buying links on this site.
Read Next
iQOO 11 5G Review: Does It End Your Quest for the Ultimate Smartphone?
#Mi 11 Lite #review #xiaomi