In a city full of tall towers, high-rises, and gated communities, there is still a corner of the town where there are single-story homes. This part of the city remains untouched by modern trends and maintains its own sweet compact standards. Thus, in the ever-growing smartphone market, the ASUS 8Z reminds us of the time when the development of smartphones had just begun in terms of screen size. 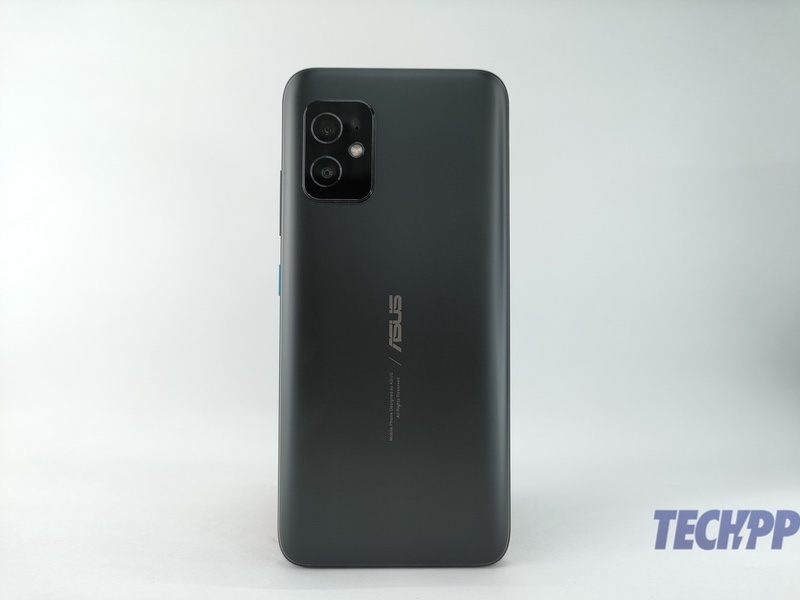 The ASUS 8Z is a rare find in this market with its size and form factor. Offered as a compact flagship with little to no compromise on specs, the ASUS 8Z features a Snapdragon 888 chipset, headphone jack, and stereo speakers in a waterproof and dustproof casing. So is the ASUS 8Z a dream phone for users looking for a compact device without compromises? We’ll help you answer that question with our full review of the ASUS 8Z!

The ASUS 8Z focuses primarily on its form factor, with less than 6 inches in total size. By comparison, the device easily fits vertically in the palm of your hand, with enough room to squeeze your fingers. It certainly feels compact compared to modern smartphones. The device is also very light in hand, and the rounded edges make for a very comfortable grip when you pick up the phone.

The ASUS 8Z features a glass sandwich design with Gorilla Glass protection on both sides. Despite the small form factor, the device feels good in your hand with its metal frame, and the rounded edges gently fit your palms. There is a slight camera bump on the back, but it is not as big as other devices. Overall, the ASUS 8Z meets all form factor requirements as it is compact and comfortable at the same time. 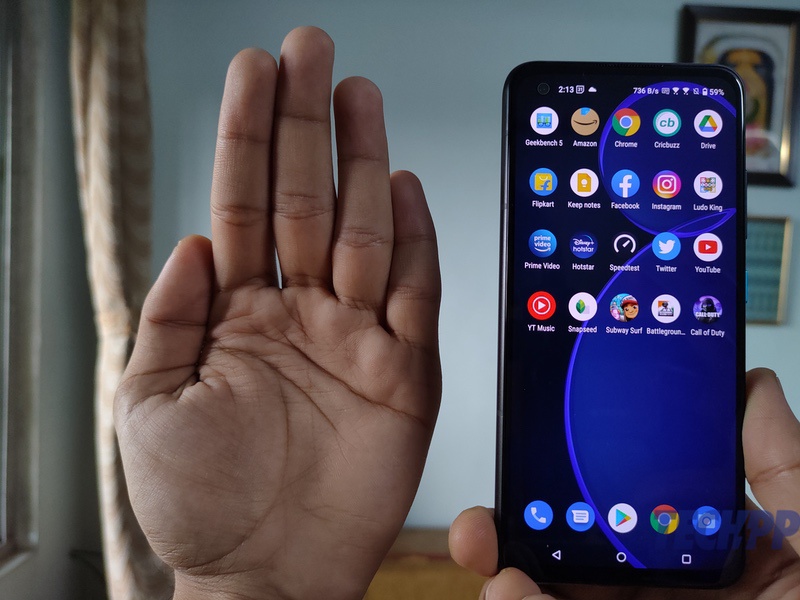 At first glance, the screen may seem tiny. But when you pick it up, you’ll fall in love with the ASUS 8Z’s form factor and wonder for a moment, “Do we really need big smartphones with screen sizes over 6.5 inches?”

However, colors are a bit cooler on this display. This can be adjusted to your preferences with the color temperature settings, but the white colors contain a slight blue cast even after that. Saturation levels are well maintained, and the AMOLED panel speaks for itself when viewing high-contrast content. The screen’s outdoor visibility is quite good, and the screen is only slightly reflective. This leads to better readability of the screen outdoors.

The 120 Hz panel feels smooth when set to maximum. Scrolling is buttery smooth, with no delays or jerks. However, if you use the Adaptive refresh rate option, the device switches between 60 Hz and 120 Hz quite frequently, depending on the app you are using. If you want buttery smooth scrolling across the entire device, you should set the refresh rate to the fixed 120 Hz option. 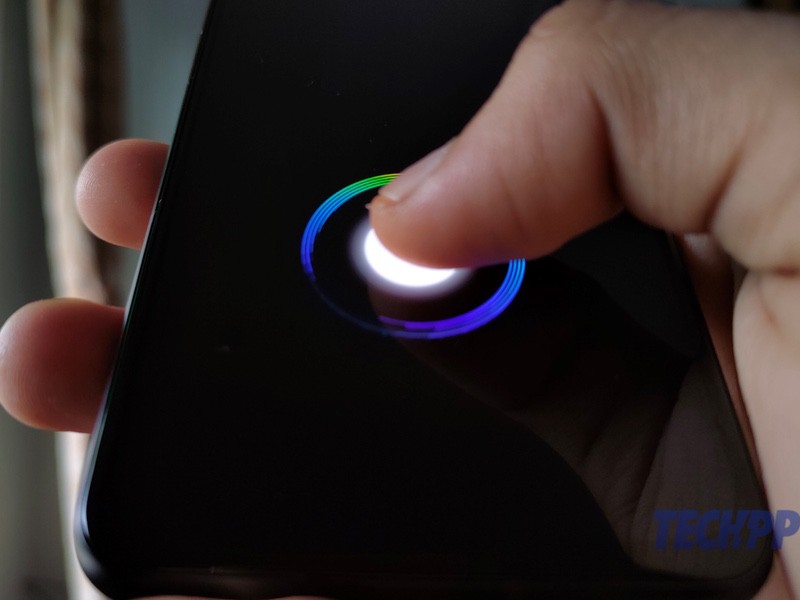 The ASUS 8Z is equipped with the Qualcomm Snapdragon 888 chipset. It may not be the newest processor on the market, but the chipset packs a lot of potential with almost no sacrifices. The device is great for everyday use, with fast app open times and smooth animations at 120 Hz. Furthermore, the ASUS 8Z does not break a sweat with regular social media use, emails, messaging, camera use, and more.

Since the ASUS 8Z is equipped with a flagship chipset from yesteryear, we tested it with games like BGMI and CODM. Unfortunately, despite the Snapdragon 888 chipset and 120Hz display, all games are limited to 60fps, and we were unable to enable 90fps in any of them. Nevertheless, the ASUS 8Z aced through all games at 60fps without any lags or frame drops.

However, since the device has the Snapdragon 888 chipset in it, the warm traits of this processor are also carried over here. This results in the device feeling slightly warm after an hour of gaming. However, the performance does not suffer from this heat, and the device cools down to normal levels again within 5 minutes once you stop playing. 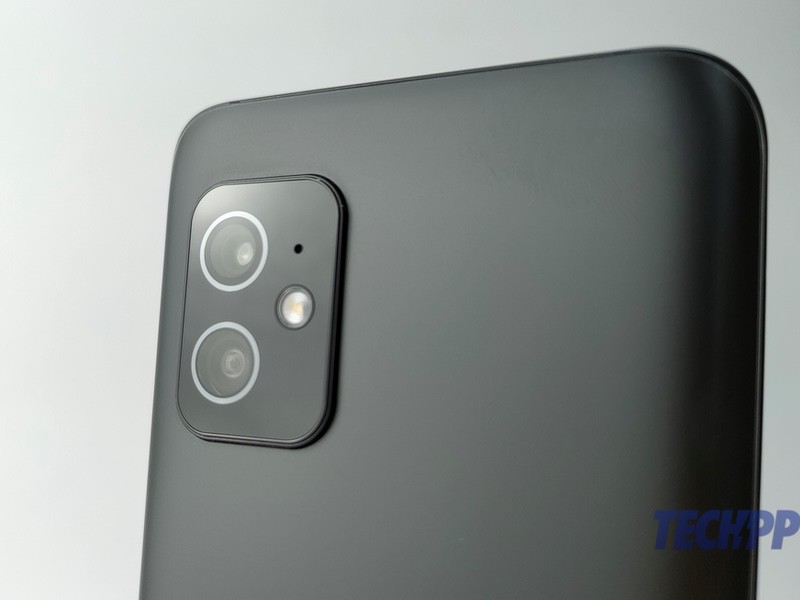 The ASUS 8Z features a dual-camera setup on the back, with a 64MP primary sensor with OIS and a 12MP Ultrawide sensor. Images taken with the primary camera exhibit a good amount of detail and lifelike color reproduction.

The dynamic range is impressive when the sky is included in the image. However, the camera does not bring life to these areas when shooting foliage or extremely dark areas.

The 12MP ultra-wide-angle lens produces sharp images with a great amount of detail. Pictures taken with the wide-angle lens are slightly cooler than the others. The fish eye effect does not occur with this lens. The dynamic range is just as good as on the main camera.

At night, the ASUS 8Z takes photos in auto night mode. As a result, pictures taken in low and dark light are well lit. The images are not very grainy, and you only notice them when you zoom in a bit. The wide-angle lens struggles a bit in low-light conditions due to its smaller aperture, but the pictures are still usable. 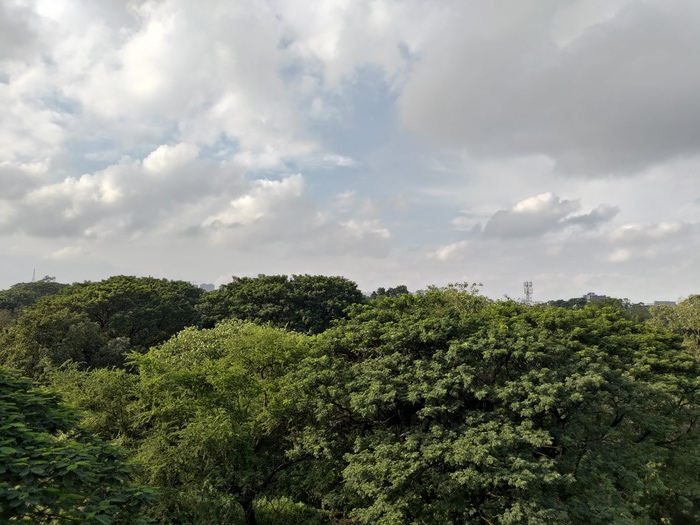 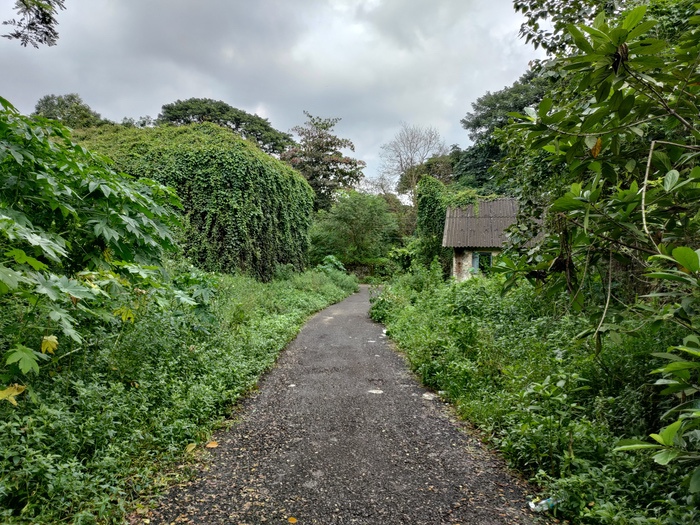 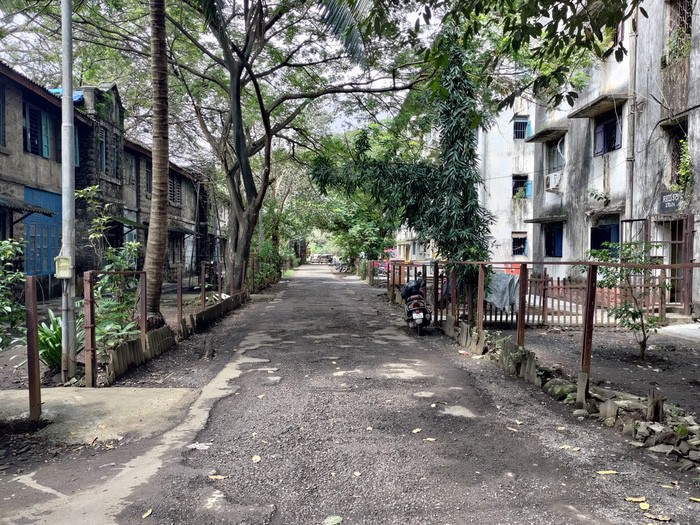 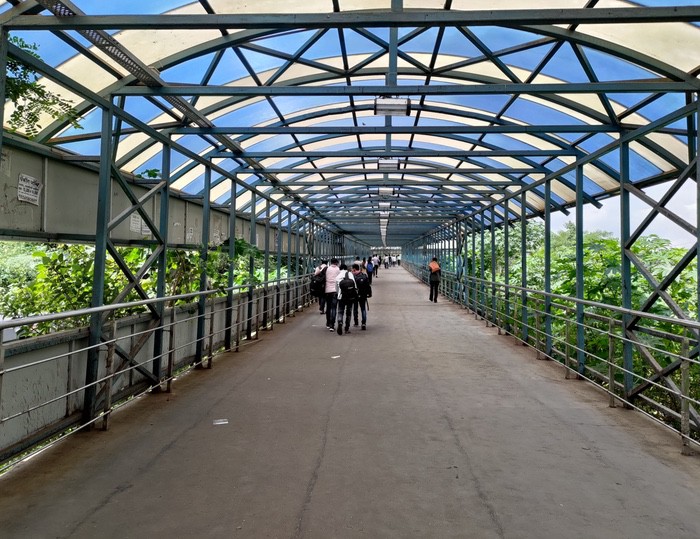 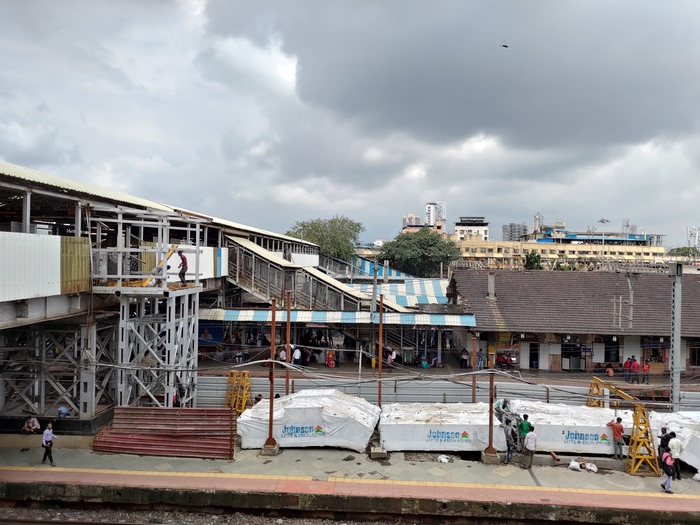 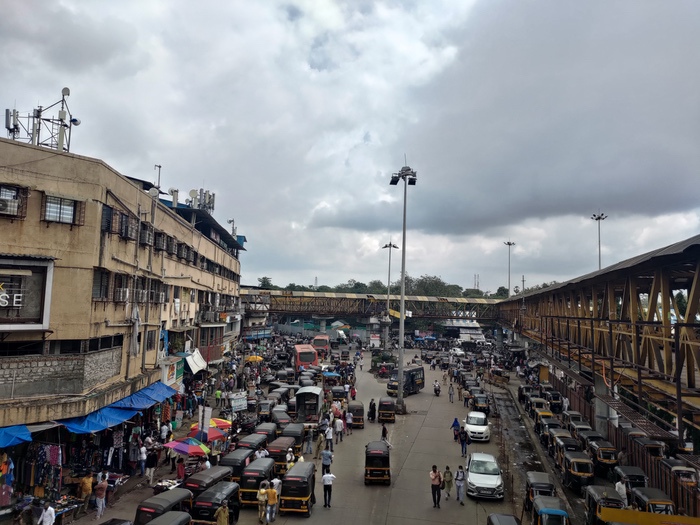 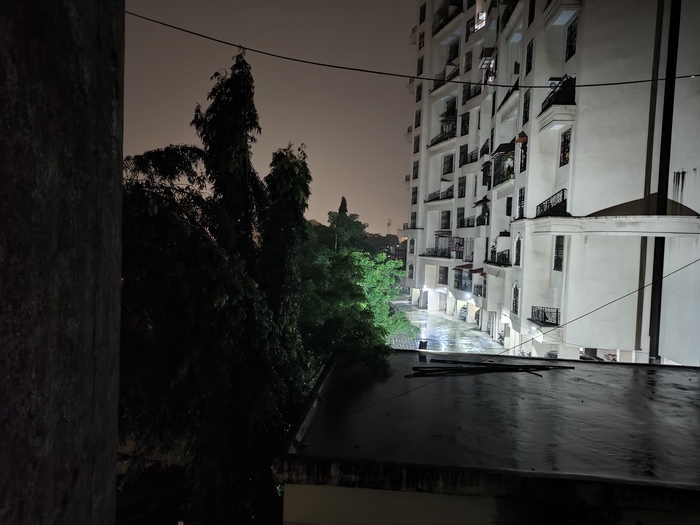 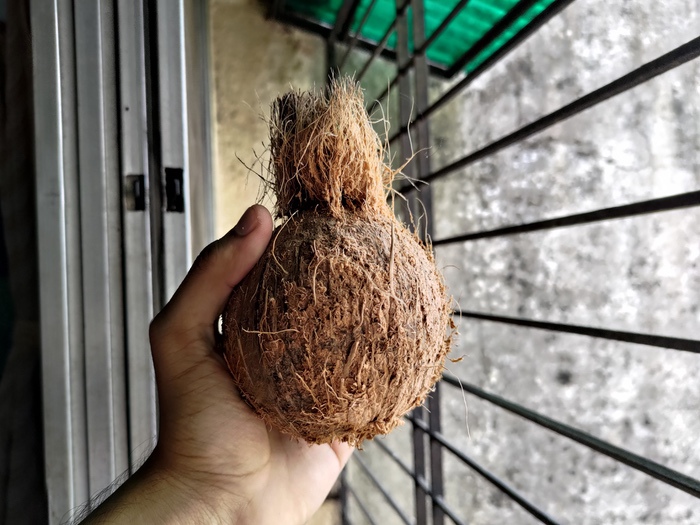 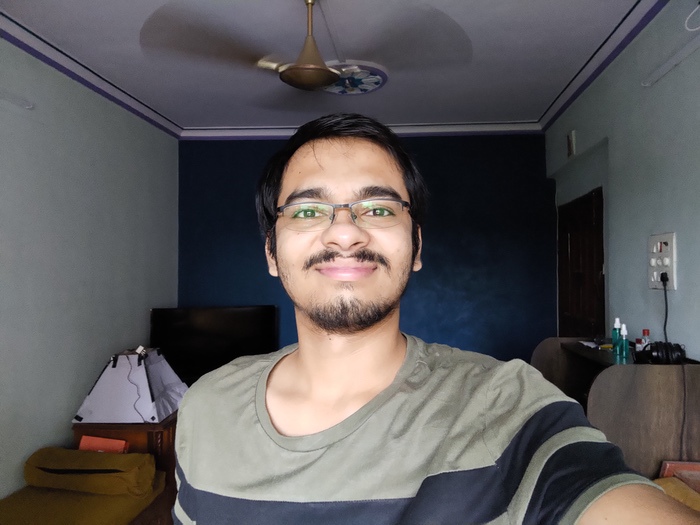 The 12 MP selfie camera on the ASUS 8Z was a bit disappointing compared to the main and wide-angle lens. Selfies are quite soft and lack detail and textures. The dynamic range could have been better as selfies are sometimes overexposed. Edge detection in portrait mode works well, but the lack of details in selfies remains.

Videos can be recorded at up to 8K 30fps on the ASUS 8Z. The amazing dynamic range of the rear camera delivers great videos. There is plenty of detail in 4K resolution videos as well. Overall, the rear cameras of the ASUS 8Z are impressive, but the selfie camera did not impress us as much.

Note that the ASUS 8Z is waiting for a software update for the cameras. Unfortunately, we have not had a chance to test the cameras with the update yet as it has not arrived. We will update this review when we get to try out the update. 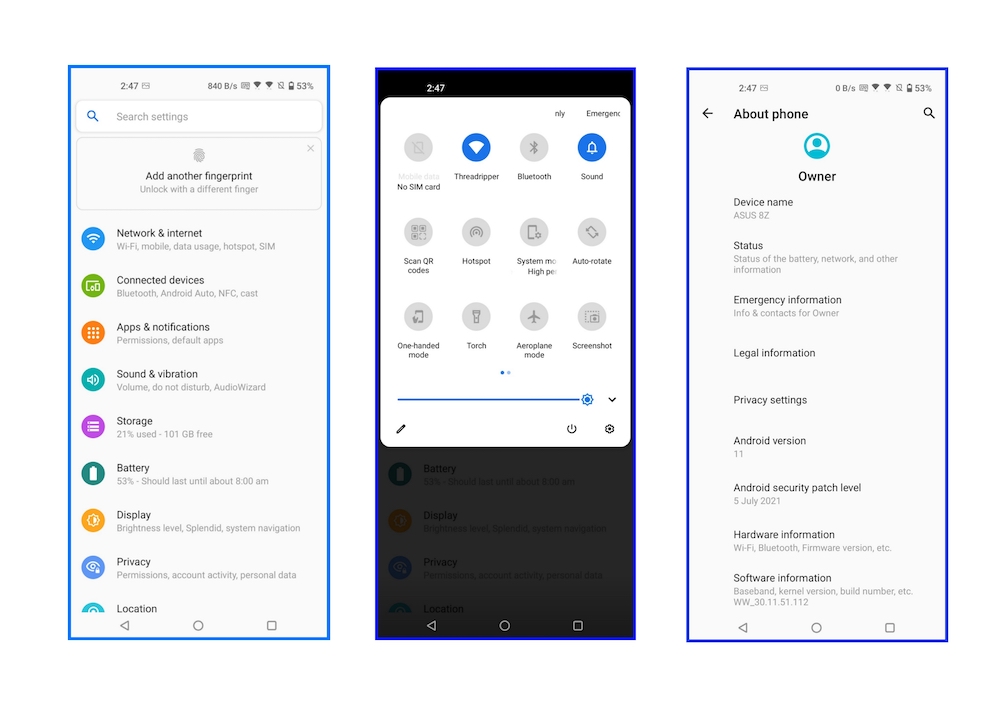 The ASUS 8Z runs on Zen UI based on Android 11. The software experience is very close to stock Android, and there are no bloatware apps. Zen UI feels optimized across the device, and animations do not stutter even at 120 Hz. Memory management on the ASUS 8Z was good, and we had no issues with app reloading. But yeah, we wish it came with Android 12 out of the box.

ASUS offers some software features like Game Genie to help with gaming. However, it is not as informative as the ASUS ROG Phone series, but it does offer a resource monitor and DND services. An audio wizard also allows you to tweak your sound settings. Overall, the software on the ASUS 8Z is decent and feels well polished. 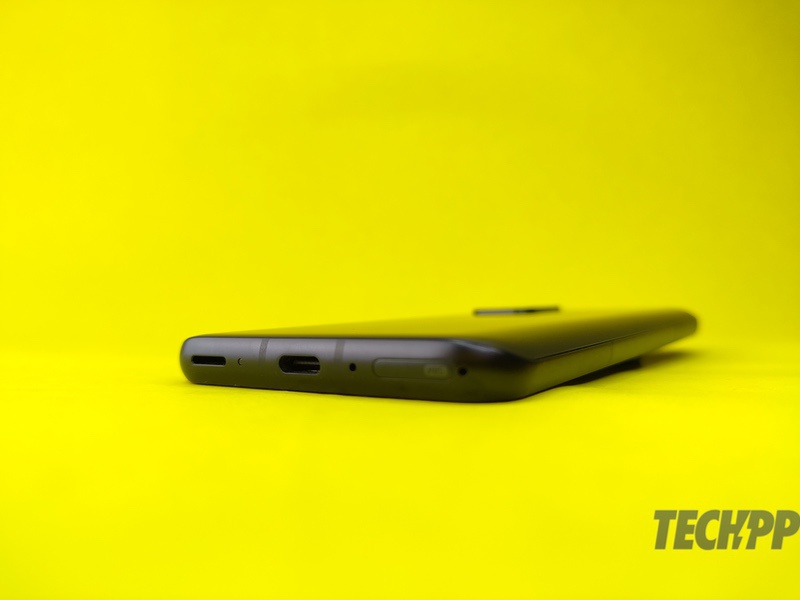 The ASUS 8Z is equipped with stereo speakers, with the speaker on the front doubling as an earpiece and a second speaker on the bottom. These speakers are loud and clear, and there is no sound distortion even at full volume. In addition, the ASUS 8Z retains the 3.5mm headphone jack despite this compact form factor.

We tested our Audio Technica M20x headphones and Mi Dual Driver earphones with the ASUS 8Z, and the device was able to drive them with ease. However, the bass response via the headphone jack was a bit disappointing. 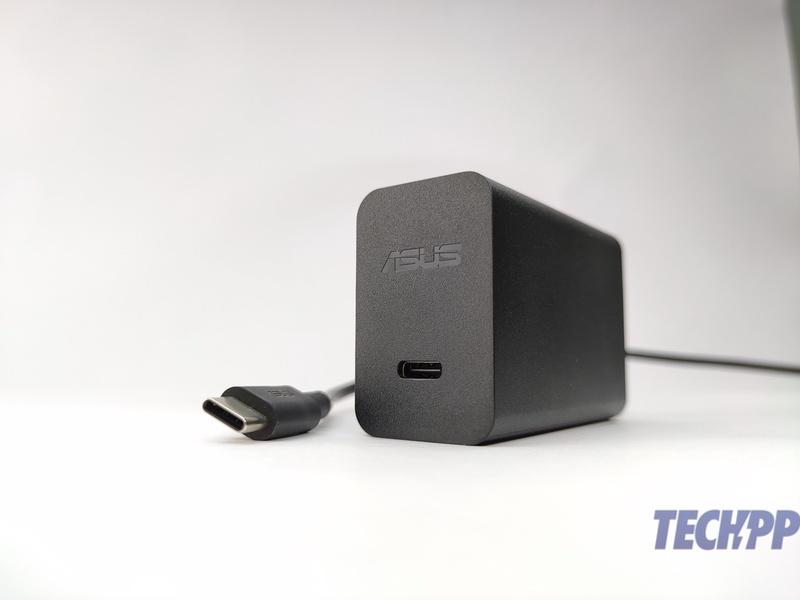 The ASUS 8Z is powered by a 4000 mAh battery that supports 30 W fast charging. On a 100% charge, the device has an operating time of about 5-5.5 hours. Our typical usage included regular social media use, streaming YouTube videos, listening to music, and a few minutes of phone calls. Of course, the battery life could have been better if the operating time had reached the 6-hour mark, but that did not happen.

ASUS includes a 30 W charger in the box. This adapter charges the device from 0-50% in about 50 minutes. A 0-100% charge cycle takes over 1 hour and 25 minutes. However, the charging speed is limited to 30 W, which means that using a PD charger with higher power will not help speed up the charging process in this case.

Verdict – Should you buy the ASUS 8Z? 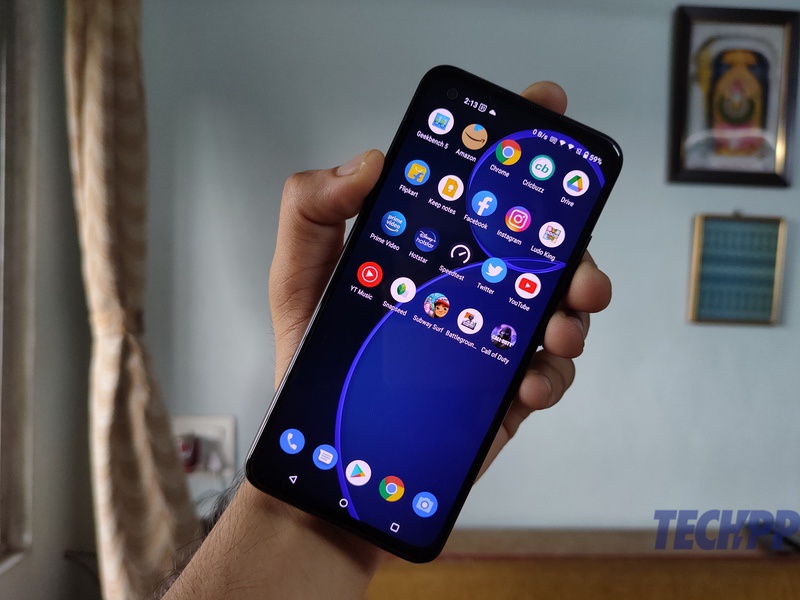 The ASUS 8Z is truly a compact flagship phone that offers good performance in the screen space expected by many. It is certainly a device aimed at users looking for compact devices without sacrificing performance specs. The rear-facing cameras offer some dynamic potential, and the loud stereo speakers make for a good media experience. The device also offers you reliable battery life.

If you are looking for a device that can easily fit in your skinny jeans, then the ASUS 8Z is a good deal for you. The device offers a lot for its form factor and will not leave you missing any features you would expect from a larger device. Yes, the device runs on a year-old chipset, but the ASUS 8Z is by no means lagging behind when it comes to delivering performance. The ASUS 8Z is only available in India in one storage configuration (8GB+128GB) and has a price tag of Rs. 42,999/-

In comparison, there’s the iPhone 12 mini, which has a similar form factor and the same price. But you really do not have many options when it comes to Android counterparts if you are looking for a true compact flagship. If you are really looking for an Android device with this form factor, you can consider the ASUS 8Z because of its size and not because of its price. The ASUS 8Z is a device that is in its own league and does not compete with other phones in terms of price.

Review Overview
Was this article helpful?
YesNo
TechPP is supported by our audience. We may earn affiliate commissions from buying links on this site.
Read Next
How Asus’ ROG Phone Cures Four of the Biggest Mobile Gaming Headaches
#android #Asus #ASUS 8Z #review