At Computex yesterday, Asus unveiled yet another phone designed primarily for hardcore gamers — the ROG Phone. However, unlike the other gaming phones, the ROG Phone is not just another red-accented decked out smartphone which aims to earn the gaming phone title by simply offering the best-specced hardware and glowing logos. No, the Taiwanese phone maker has also managed to come up with a slew of clever features that could potentially solve some of the most annoying bottlenecks of being a mobile gamer. Here are four such features of the ROG Phone. 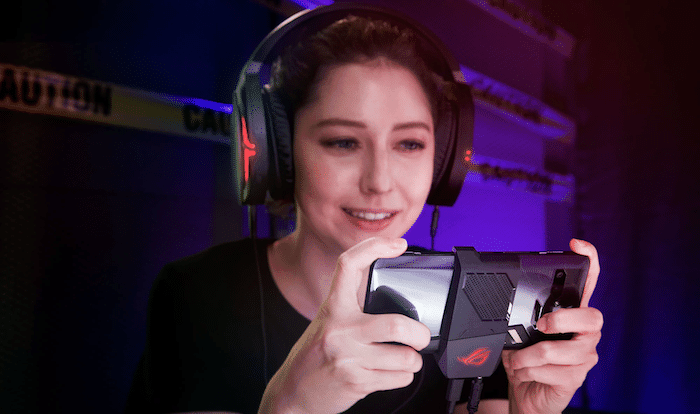 Cramming in all the controls for a battle royale game like PUBG on a smartphone screen can be a little messy. Asus is making that situation a bit less cumbersome by letting you move two of them to the phone’s sides. It does so with the help of a pressure-sensitive edge, the extreme ends of which can be individually mapped to various actions inside and outside of games. The company calls them “AirTriggers” and they reside at where your fingers would normally rest while in landscape mode just like the shoulder buttons on game controllers.

The ROG Phone is also the first phone to have two USB Type-C ports. One of them is at the regular bottom position but the other port is situated on the side so that the user can play games while charging the phone without having to deal with the cable. In addition to that, that side-mounted Type-C port is also compatible with headphones as well as Gigabit LAN. 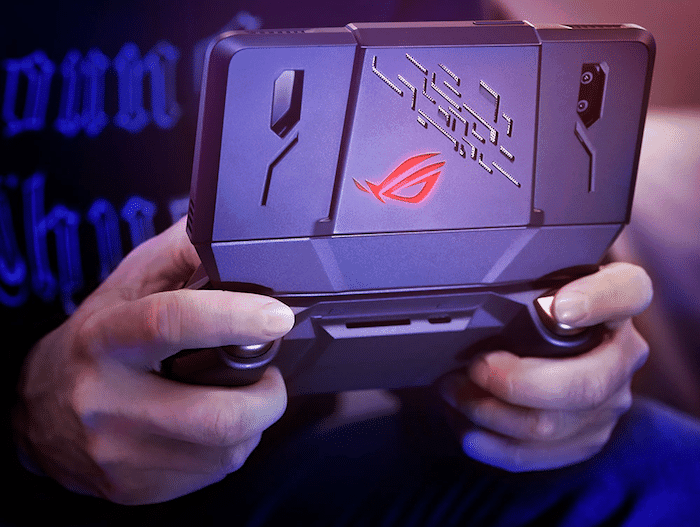 If you’re a professional mobile gamer, you know how difficult it can be to stream and play at the same time on a phone. Asus tries to overcome that with an optional accessory called the “TwinView Dock”. The most important feature of this is the secondary 6-inch screen which can be employed for live-streaming in split-screen mode or even as an extended display. That’s not all. The TwinView Dock also comes with a front-facing quad-speaker system, two additional physical trigger buttons, a dedicated cooling system and best of all, a 6000mAh battery pack which should keep your phone alive for hours.

Asus also throws in a complimentary fan accessory in the box which clamps on to the phone’s back and helps it prevent from being overheated during lengthy sessions. Since the add-on takes up the secondary Type-C port, Asus has included another port at the bottom of the fan itself which is quite thoughtful.

Other than that, the Asus ROG Phone is your usual gaming phone with a screen that has a refresh rate of 90Hz, the most powerful Qualcomm Snapdragon processor available out there, a glowing ROG logo which can be customized, and more.

Was this article helpful?
YesNo
TechPP is supported by our audience. We may earn affiliate commissions from buying links on this site.
Read Next
Asus ROG Flow X13 Review: Power-Packed Convenience
#Asus #Gaming phone #ROG Phone