When Amazon launched the Echo Buds (2nd Generation) at a starting price of Rs 11,999 in March, the TWS were seen as being too expensive, and within touching range of the AirPods. Within a few weeks, the brand cut the price to Rs 7,999 (although without much fanfare), a decrease of almost a third. At that price, the same TWS seem one of the best propositions around. If not the best. 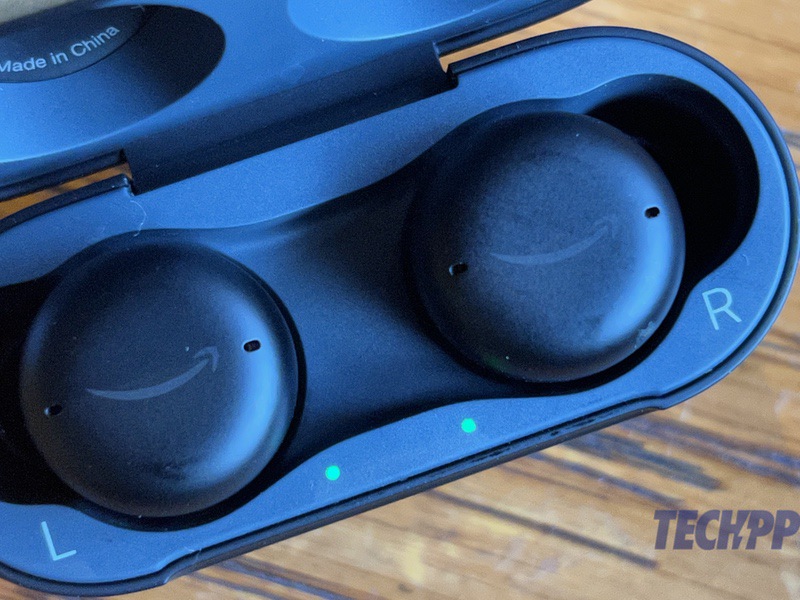 What makes the Echo Buds (2nd Generation) so formidable is the sheer amount of utility they deliver. In many ways, they are a typical Amazon product – more about function than about form. We got the black color variant. Their design is very basic – a cuboid case with rounded sides that can easily slip into your pocket, and slightly large-ish round buds that go right into your ears. Look closely at the buds and you will spot the Amazon ‘smiley’ on the top of both. That smiley is the sole design touch in a product that is built for substance rather than style. The buds and the case itself are made of solid and tough plastic. There is a single LCD light below the lid of the case to show battery and connectivity status, and on the back is a USB Type-C port, with a connectivity button right next to it.

The case is around 45 grams and each of the earbuds is about 6-7 grams, so they are both lightweight enough. The case can be carried easily in a trouser pocket and you can wear the buds in your ears easily for hours. The buds (not the case) come with an IPX4 rating, so you can use them in a gym without any problems. You get three sets of ear tips and even three ear “wings” for those who want the buds to stay more stable in their ears. There is a USB Type-C to Type-A cable in the box as well.

Snug fit, easy to set up 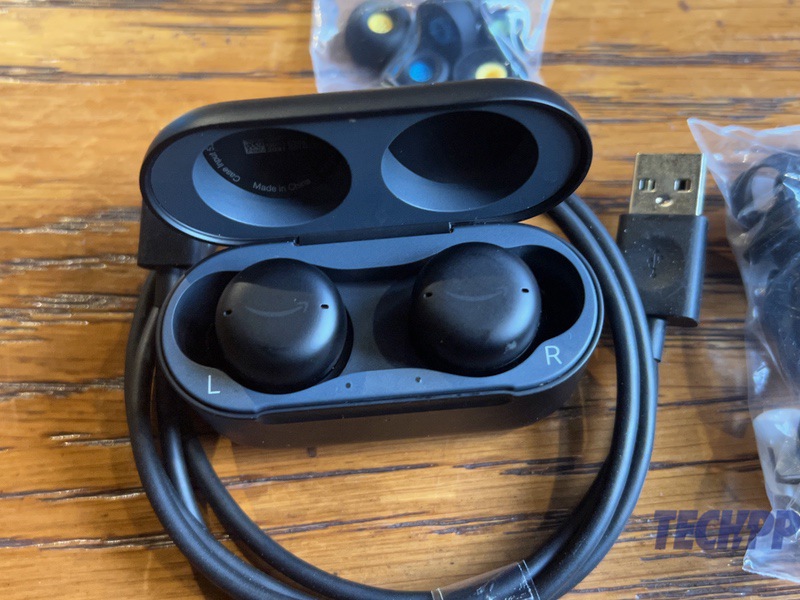 The Echo Buds fit snugly and are comfortable enough to wear. We did not feel the need to use the “wings” as the buds were stable enough and stayed in our ears even through fairly rigorous activity.

Pairing the buds is simple enough. You flip open the lid of the case (with the buds inside) and press the connecting button at the back for a few seconds until the LCD in front of the case starts pulsing blue. You then look for the buds on the Bluetooth settings of the device you are connecting them to and select them. While this standard procedure works well enough, we would recommend connecting the buds using the Amazon Alexa app. You not only get an ear tip fit test, but also access to Alexa in all its glory, and that can be something. To use the Alexa app, you just need to long-press the button on the case and then open the Alexa app and select “Add new device.”

Using the buds is easy enough once you get a hang of the commands. Both buds come with touch surfaces and you need to tap and/or hold them on either bud to execute commands. By default, a single tap can play or pause the audio being played; double-tap answers or ends a call or takes you to the next track; a triple tap takes you to the previous track; and finally a long press lets you switch between ANC and Passthrough, Amazon’s version of ‘transparency mode.’ You can customize the controls through the Alexa app, and you also get access to a basic equalizer where you can tweak the bass, mid and treble. You can set the long press on either of the buds to invoke your favorite virtual assistant (Siri or Google Assistant), but simply saying “Alexa” out loud will get Amazon’s famous assistant in your ear by default. 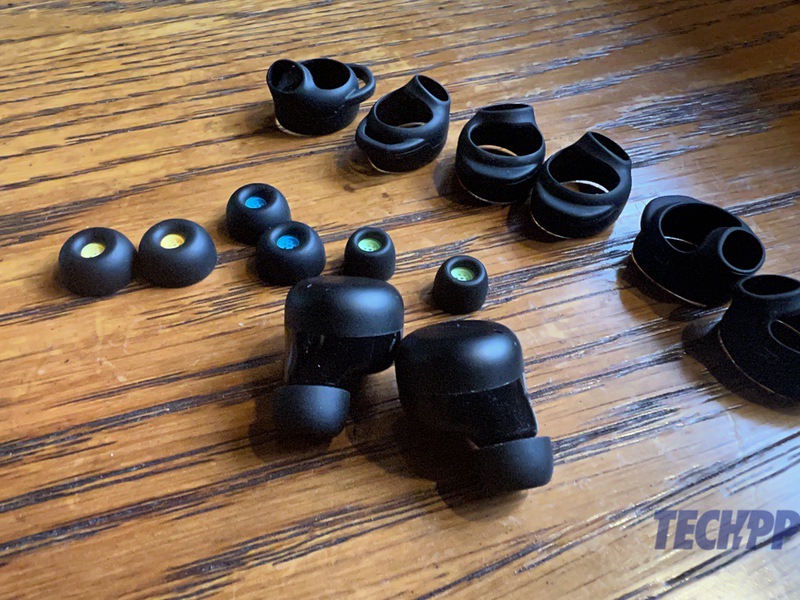 When it comes to performance, we have to say that the Echo Buds 2 are perhaps the best we have used in the sub-Rs 10,000 price segment, with the 5.7 mm drivers turning in a superb performance. Audio quality is very good, with greater stress being on clarity. Bass is present but not overwhelming. The treble is the surprise here. Most TWS in this segment tend to focus more on bass, but the Echo Buds 2 come with a very clear treble. So much so that sometimes in songs with heavy instrumentation, the mids (vocals generally) get a little lost.

The rather basic equalizer is handy for these situations – we would suggest turning up mids a little if you are listening to songs with heavy orchestration. However, for most rock and pop numbers as well as watching shows, these TWS are very good indeed. We actually think they are fantastic for watching films and shows that have extended dialogues and subtle music – Spielberg’s Lincoln was a treat to follow on them, and so was The Godfather. Those watching something more action-oriented would perhaps prefer to turn up the bass and the mids. Volume levels are impressive without distortion at high levels. And music pauses whenever you take one of the buds out of your ears. 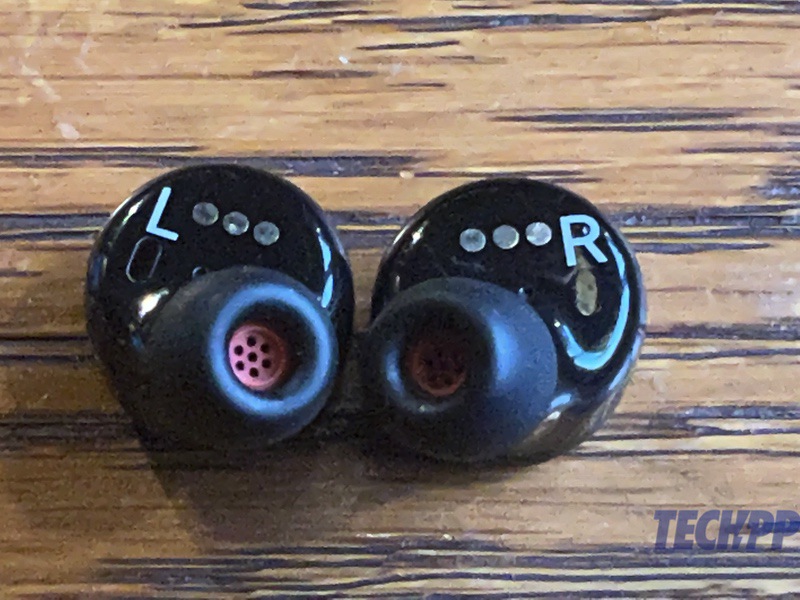 The buds come with active noise cancellation and well, it actually works. We would not put it right alongside the AirPods Pro but it definitely comes close to what we have seen on TWS priced around Rs 10,000 from the likes of OnePlus, Sony, and Sennheiser. It is not going to block out all the sound around you, but it will reduce a fair amount of it. It was good enough to remove a lot of the noise when we were sitting and working in a fairly crowded cafe, even when no audio was being played on them.

Passthrough, which is the Echo Buds version of transparency mode, lets you hear external sounds without removing the buds. It is not as good as what we have seen on some other devices but is more than adequate for hearing what is happening around you. Interestingly, there are only two modes – ANC On, and Passthrough On. There is no ANC off mode like some buds have. You will either be on ANC or on Passthrough. Fortunately, ANC does not interfere with the audio quality, and we did not find any of the hissing sounds that come with some TWS at this price.

The call quality is very good too. Not AirPods level but well above what you would get in the sub-Rs 10,000 category. Some of the people we talked to said that we sounded a little “distant” but in general, most people did not have any problems and we could hear them very clearly as well. 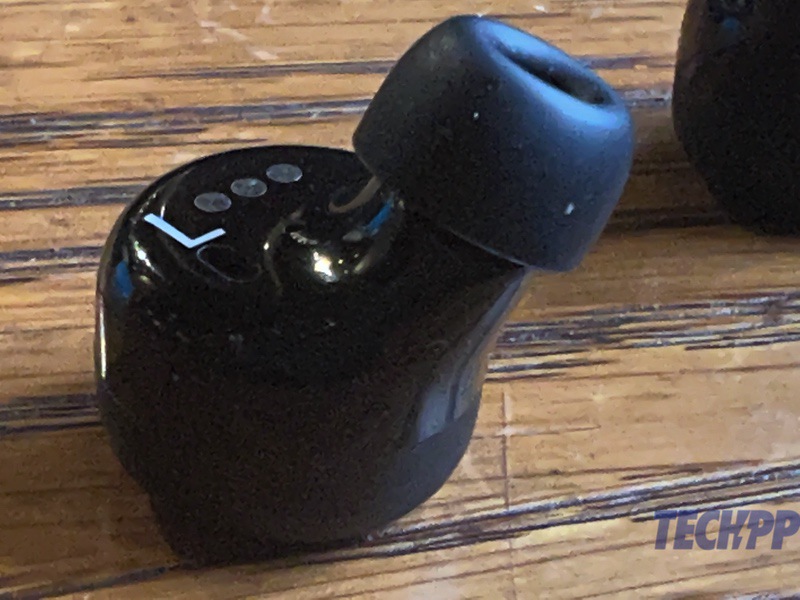 A huge ace up the audio sleeves of the Amazon Echo Buds 2 is Amazon’s virtual assistant, Alexa. We have used Siri and Google Assistant on a number of devices, but the kind of integration and responsiveness that Alexa has on these buds is on quite another level. Alexa was very responsive and we were even able to issue clear commands with music maxed out on the buds. So much so that we did not mind not having volume controls on the buds themselves.

The result was that we perhaps used Alexa on the Echo Buds 2 way more than we have used Siri on the AirPods. Whenever we had to do something like setting an alarm or getting a reminder or even checking the battery level of the buds, we invoked Alexa right away, which is exactly what you expect from a virtual assistant. We are not saying that it was totally error-free, but it was far more accurate than any other virtual assistant we have used on a TWS. It got the names of people right and the names of songs right (yes, even a few Punjabi and Tamil songs) and seldom got a command wrong.

The buds come with support for Skills, which let you do more with Alexa (such as open different apps), and also let you control supported smart home devices. So you can actually turn off the lights by telling Alexa to do so. There are virtual assistants that do more – Google Assistant is formidable in terms of digging out information and translation – but in terms of efficiency, Alexa on the Echo Buds (2nd Generation) is one of the best we have experienced on TWS. The only catch is that you have to install the Alexa app on your phone to be able to use Alexa. The buds can support other virtual assistants too, but the performance is nowhere near as seamless. 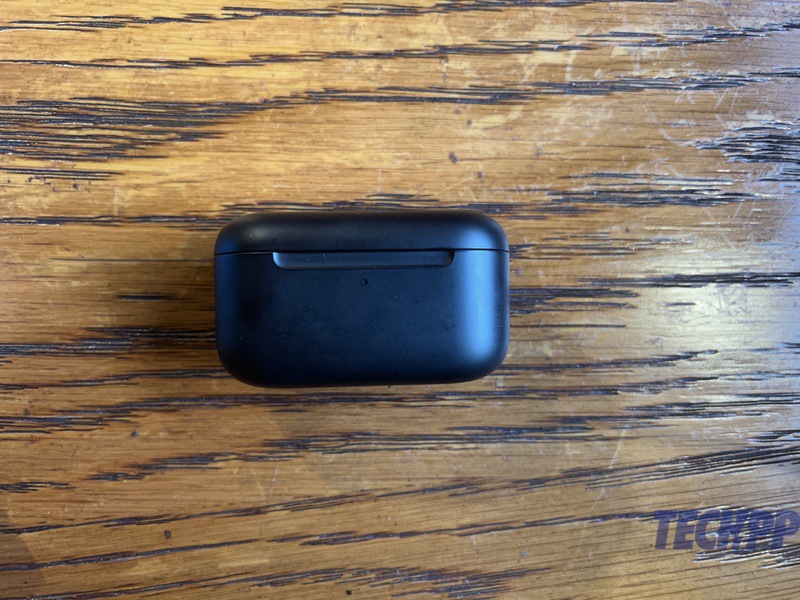 Battery life is decent, but not exceptional. You get about five hours on the buds (with ANC turned on and Alexa kept in hands-free mode, where it can be invoked by voice) and two recharges from the case, so about 15 hours in all. This is not as formidable as the likes of the OnePlus Buds Pro (which go close to forty hours) but is adequate for many users. You also have the option of using a single bud, if needed. You can increase battery life by turning off ANC, but that would put you in Passthrough mode and let in external sounds. Putting off hands-free mode on Alexa also makes little sense, when you consider how well the virtual assistant works. You can choose between having a normal charging case or a wireless charging one. 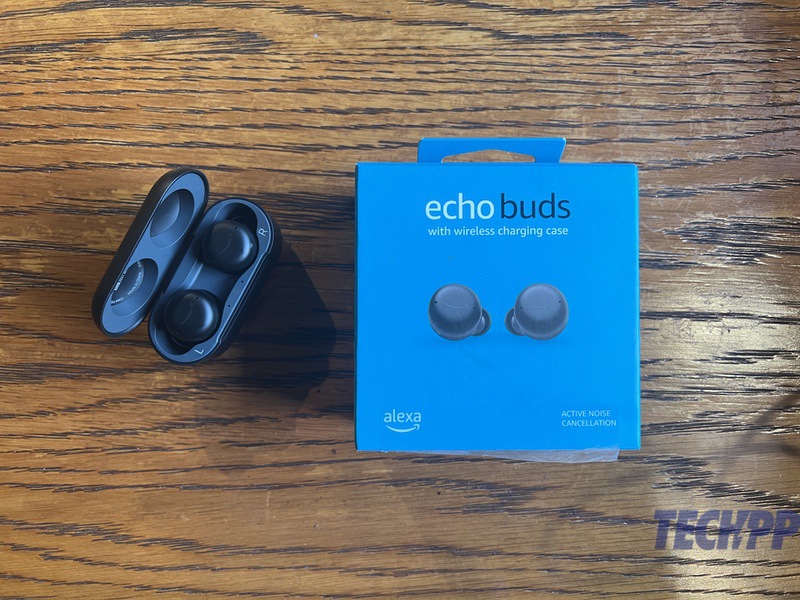 When launched at Rs 11,999 for the normal charging version and Rs 13,999 for the version with the wireless charging case, the Amazon Echo Buds (2nd Generation) had seemed on the expensive side. However, with the price down to Rs 7,999, we would say that they are very good value for money, and perhaps the best smart TWS you can get for under Rs 10,000. They do face competition from the likes of the sleekly designed Nothing ear(1), the terrific sounding Lypertek Tevi, the very versatile Google Pixel Buds A, and all-rounders like the OnePlus Buds Pro, but they more than match them in terms of audio quality and general functionality. Throw Android’s virtual assistant into the equation and the Echo Buds (2nd generation) get into a zone of their own. Thanks for the price cut, Amazon.

Review Overview
Was this article helpful?
YesNo
TechPP is supported by our audience. We may earn affiliate commissions from buying links on this site.
Read Next
Nothing Ear (Stick) Review: A treat for the eyes… and ears too!
#Amazon #Amazon Echo Buds 2 #review #TWS