Track all your health and fitness data with the Health app 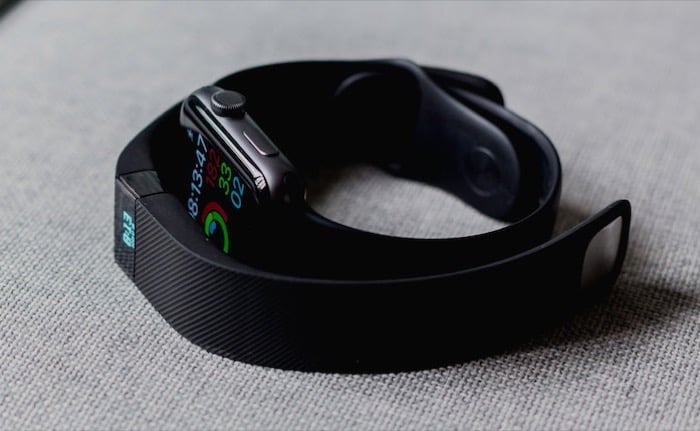 For such people, fitness trackers (or fitness bands) like the ones from Fitbit are a better choice. They cost less and pack most of the essential fitness and health tracking features in a slim and compact form factor.

But again, with this approach, you’re faced with a problem: Apple doesn’t offer a native integration between Fitbit and Apple Health, so you can’t sync your Fitbit data (steps, workouts, weight, etc.) with the Apple Health app on your iPhone.

Fortunately, though, there’s a way to do this. We’ll go over the instructions to connect Fitbit to Apple Health on the iPhone in this guide to help you sync your Fitbit data to the Apple Health app.

Using the PowerSync App to Sync Fitbit With Apple Health

On the App Store, you’ll find various third-party apps that make it possible to sync Fitbit with Apple Health. In this guide, we’ll demonstrate syncing using the Power Sync app for Fitbit app, which is free to use and allows you to sync the following data:

Here’s how to use Power Sync to sync Fitbit data to the Apple Health app:

Once your data gets synced, you’ll see the success message. Now, open the Health app on your iPhone, and these synced data fitness and health metrics should start reflecting inside it.

In the future, when you wish to sync your data again, open Power Sync and hit the Sync Now button. Alternatively, you can also use auto-sync, which is a paid feature that automatically syncs data from your Fitbit device with the iOS Health app multiple times in a day in the background without your intervention. Plus, it also gets rid of ads inside the app.

Also Read: How to Enable Two-Factor Authentication on Your Fitbit Account

One of the problems with connecting Fitbit to Apple Health using third-party apps is data duplication. Basically, when you sync your Fitbit data to Health using Power Sync or any other app, the Health app shows data from multiple sources.

As a result, you end up seeing steps from your iPhone’s counter in addition to your Fitbit, for instance. However, there’s a way to prevent this data duplication and only see your Fitbit recorded data in the Health app. It involves setting Power Sync as the primary source of data in Health, and here’s how you do it:

Repeat the same steps for all other metrics in the Health app. Once done, your Fitbit will be used as the primary source of data for all those metrics, and, moving forward, you’ll no longer see duplicate data inside Apple Health.

Other Third-Party Apps To Sync Fitbit With Apple Health

Besides Power Sync for Fitbit, there are a few other third-party apps on the App Store that you can also use to sync Fitbit data to Apple Health. Here’s a list of all such apps, free and paid:

All Your Health and Fitness Data in One Place

The Health app makes it really easy to keep track of all your various health and fitness metrics on the iPhone. As such, if you use a Fitbit device, thanks to the apps listed in this guide, you can easily sync your data from it to Apple Health with a few simple clicks and have all your important metrics in one place when you need them. That way, when you need access to health data, you don’t have to jump back and forth between different apps to find out different metrics you’ve got recorded on them.

How to sync Fitbit with Apple Health for free?

Power Sync is the best free app app to sync Fitbit with Apple Health. It helps you sync all your different health and fitness metrics recorded in the Fitbit app to the Health app on your iPhone with just a simple click. However, there's no support for auto-syncing in the free app, so you'll need to either upgrade to its premium plan or manually sync the app once in a while to sync your Fitbit data to Health.

If you're willing to spend a bit on an app, then the Power Sync for Fitbit (premium plan) or Sync Solver are two of the best apps to sync Fitbit with Apple Health. Sync Solver is a totally paid app, which supports auto-syncing and syncs all kinds of health and fitness metrics, On the other hand, Power Sync for Fitbit is free but doesn't offer auto-sync, so you need to upgrade to its premium plan to get access to this feature.

How to Enable Dark Mode in Windows 10 [Guide]
Read Next

Audials One 2021: a one-stop solution for all your media…
Ocoya: An All-in-One Platform for All Your Content Marketing…
Simplified: An All-in-One Tool for All Your Marketing Needs
Samsung Galaxy M31s Review: Bang Between a Note and a Nord…
Fitbit Inspire HR Review: Inspiring all the Budget Fitness…
How to Find Air Quality of a Place Using Google Maps