There have been loads of desktop organizers released for Windows but none of them are more functional, funkier and geeky than BumpTop 3D Desktop Organizer. BumpTop is a revolutionary 3D desktop for Microsoft Windows which allows you to keep your computer desktop organized and productive similar to a real desktop. All you have to do it, click on Install, and then it overlays a 3D interface over your existing desktop allowing you to perform functions like file-stacking, pin-up reminders, tossing files for easy emailing, printing, copying and even uploading to social-media networks. 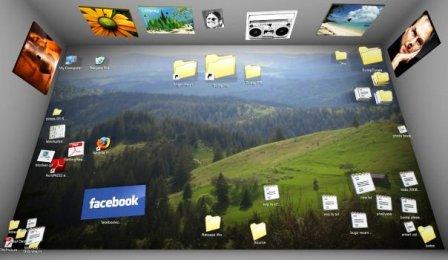 Of course, you must be having enough RAM to spare for this beauty, and if you have that much memory then you can drag, pile and toss just like in Microsoft Surface. The best thing about BumpTop is that it works with touch-screen enabled computers running Windows 7 allowing you to use touch-gestures to perform these functions.

It is developed by Anand Agarawala and it took him 2 years of beta testing before releasing the software to the public at TED 2009. Have a look at this video for more details

BumpTop is currently available for Windows XP, Vista and Windows 7 in two versions Free and Paid Pro. Bumptop Pro version costs USD 29 with extra functionality. Be the first to grab the Giveaways of Bumptop (pro version) for free from CNET, RWW, or Mashable.

50 Best Free Android Apps to Download in 2022
Download Best iPhone Live Wallpaper Apps in 2022 (Free and…
How to Upgrade from Windows 7 or 8 to Windows 10 for Free in…
Free Video Conferencing: Google, Microsoft and others to…
Looking for Free LastPass alternatives? Here are the Best…
New JioFiber Plans: No FUP, Symmetric Speeds, Free OTT,…