Google has just announced the launch of Google Chrome OS and I was one of those who thought it would impact Microsoft more than anyone else. But then, will it actually spell doom for Windows or will it backfire on Google?

Why I think Google Chrome OS can be a Windows Killer? 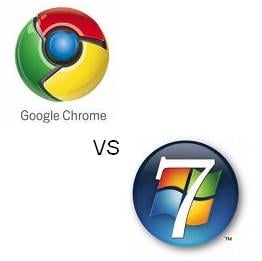 1. Open Source – Google Chrome OS is an Open Source operating system and is being projected as ideal for netbooks. The netbooks these days run on Windows XP which is like 8-9 years old.

2. Fast and lightweight – Google is targeting to build Chrome OS in such a way that it beats other operating systems (including Windows) in terms of Speed, Security and Simplicity.

3. Hardware – Google Chrome OS is tipped to run on both x86 as well as ARM chips which are much better and faster than the old Pentium 3 & Pentium 4 processors.

4. Improved Security – As per Google : “And as we did for the Google Chrome browser, we are going back to the basics and completely redesigning the underlying security architecture of the OS so that users don’t have to deal with viruses, malware and security updates. It should just work.”

5. Cloud computing – One of the primary advantages of Google’s cloud-computing approach is that data is available from anywhere you can find a networked computer, or, increasingly, mobile phone. It also permits more natural collaboration, since multiple authors can work on the same document simultaneously rather than e-mailing variations or sharing them on a central server. And with data stored on the Net rather than on a PC, upgrades and laptop theft are relatively painless issues.

Sounds too good right? But then, its not all favorable as such for Google. Read further to know why.

Why I think Google Chrome OS might backfire against Google?

1. Building an OS and building a browser are not same – Its true that Google Chrome browser is currently in good shape. But Google is known for releasing umpteen number of SaaS products with loads of bugs and issues. They always play safe by terming the release as beta. But that approach might not work for an OS, since it might even crash the user’s computer.

2. Brand value – Over the years Google has struggled hard to build a brand with great value attached to it. By building a fragile OS, it can’t afford to break or create a crack in its reputation.

3. Monopoly – Google has always accused Microsoft of monopoly in personal computer space (Remember Windows bundling of IE?). But now, Google itself is stepping into that area. Same name for the browser and the OS indicate that as well, isn’t it?

4. Jack of all trades, master of none? – Web apps, search engine, software, browser, mobile OS, mobile apps, news, portals and now a PC operating system. Phew!! This is not all, there are atleast dozen more projects Google is looking into and all of them at once might dilute the focus each one of them individually deserves.

Its tough to know which way it would go. Search engine will still remain its main revenue, but Google has directly taken on Microsoft by announcing this project. But its obvious Google is playing safe by going open source. Why? Because, it hopes to use the developer community outside Google to contribute to the effort. It might work or might not.

What you think? Is this a master stroke from Google? or has it stepped on muddy waters?