This is absolutely exciting news – Google has just announced the launch of Google Operating System – Google Chrome OS. Microsoft has always targeted Google’s search business and had recently started BING search engine to cut into Google’s revenue considerably. And now, Google has struck a super-blow with the announcement of Google Chrome OS.

What is Google Chrome OS?

Quoting directly from the Google blog-

Google Chrome OS is an open source, lightweight operating system that will initially be targeted at netbooks. Later this year we will open-source its code, and netbooks running Google Chrome OS will be available for consumers in the second half of 2010. Because we’re already talking to partners about the project, and we’ll soon be working with the open source community, we wanted to share our vision now so everyone understands what we are trying to achieve

Below is a screenshot of “rumored” Google OS desktop. Though I believe its nothing more than a rumor, I can’t out rightly reject it as well. 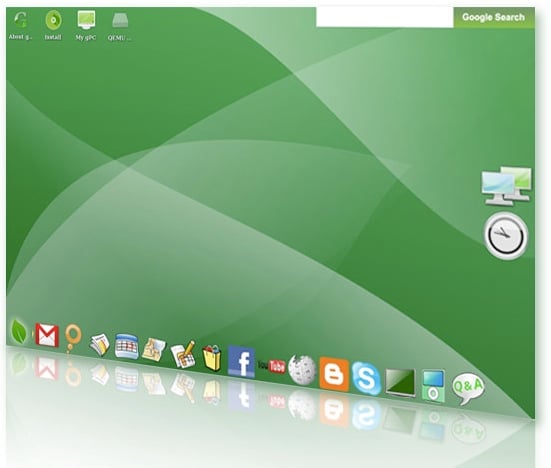 Google Chrome OS is aimed to provide speed, simplicity and security. It has been designed in such a way that the OS is fast and lightweight, to start up and get you onto the web in a few seconds. The user interface is minimal to stay out of your way, and most of the user experience takes place on the web.

“Google Chrome OS will run on both x86 as well as ARM chips and we are working with multiple OEMs to bring a number of netbooks to market next year”, Sundar Pichai, VP Product Management and Linus Upson has said.

Watch out for more updates on TechPP