Here is a quick heads up on the latest release of Apple iTunes – v9.1 for both Windows and Mac. This new version of iTunes brings support for the upcoming iPad on iPhone 3.2, a new “Books” section which replaces the existing “Audiobooks” section in the iTunes Store and improvements to Genius Mixes feature. 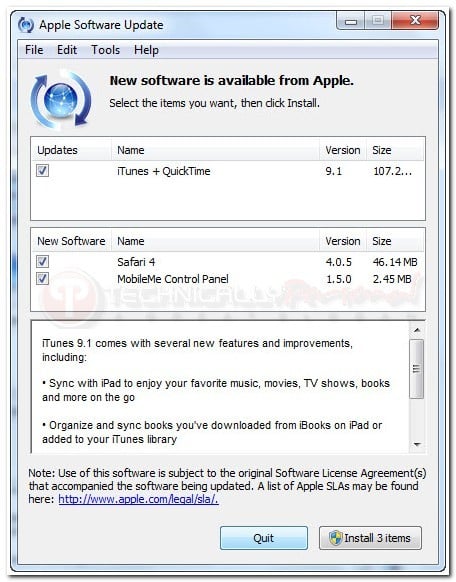 Users with jailbroken iPhones should note that, according to some reports, syncing your handsets with iTunes 9.1 will relock them. This is normally the case with updates, but some users also say they have experienced no problems so do it at your own risk.

Update: Blackra1n Fix for iTunes 9.1 has been released. Download BlackBreeze

How to Change MAC Address on Mac and Windows
Tenorshare 4DDiG: Quick and Reliable Data Recovery Software…
How to Install and Use Wget on Mac and Windows
TimeBolt: Auto Jump Cut and Remove Silence on Mac and…
How to Manage Mac Startup Programs and Make Your Mac Boot…
7 Best Download Managers for Windows, macOS, and Linux In…