Apple has silently launched an updated low-spec sub-$1000 iMac specially for students, under its special education scheme. These entry-level iMacs will feature 21.5″ display – much like the existing iMacs, but the rest of the specs are chopped off to bring the price down.

The new specs include a 3.1GHz Intel Core i3 dual-core processor, 2GB of DDR3 RAM, a 250GB hard drive and an AMD Radeon HD 6750 GPU. Of-course these are not impressive in terms of sheer numbers, but for those students who can’t afford the pricey Apple desktops, the new models should sound music to their ears. 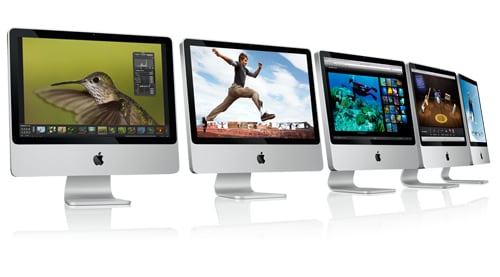 Apple has always had special education deals for iMac. The previous model was priced at around $899. The latest one though, has 11% overhead at $999, but comes with a dual core processor unlike the previous models. Sadly though, the new line-up has much lesser dedicated memory for graphics processor at 256MB as compared to 512MB in the previous line-up.

The new line-up should be available anytime now, so keep an eye at the Apple online store.

First Cut: Xiaomi Redmi 8: The 8A with some glossy style and…
OnePlus 7T Pro Review: The 7 Pro Gets a Spec Boost
OnePlus 9 Pro Review: Android gets its spec monster
Oppo F19 Pro+ 5G Review: Mr Steady stuck in a spec-tacular…
[First Cut] Vivo U20: Upping the spec ante for U!
10 Things You Need to Know about the New 24-inch Apple iMac…