DIY gadgets that you can build in your free time

DIY gadgets: They don’t sound like much of a necessity. But they’re actually pretty cool and practical to have.
Plus, who doesn’t want to be a DIY-er these days? If you’re anything like me, you’ve got a knack for being both lazy and a little bit of a DIY enthusiast.

Are you looking for a few weekend DIY projects that can help you spend time with your kids, get your creative juices flowing, and make some neat gadgets along the way? If so, then you’ve come to the right place. Below are 15 really cool DIY gadgets that you can build in your free time. It’s time to stop watching Netflix and chill, and start building a few DIY gadgets.

Do you have some stuff just lying around from some old laptops? If so, here’s a weekend project that will definitely give you a sense of satisfaction: Build your own laptop! All you have to do is salvage all the working parts from the old stuff (screen, motherboard, processor, hard drive, memory,, etc) solder it all together, find a container for all the stuff, and put it all together. Someone did just that and made himself a DIY laptop in a pizza box. The idea is really cool and the customization options give real satisfaction to the builder. 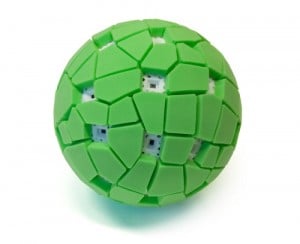 Jonas Pfeil, Kristian Hildebrand, Carsten Gremzow, Bernd Bickel, and Marc Alexa, at the Computer Graphics Group in Berlin, took DIY to another level when thinking up a camera that could shoot images all around it. The Panoramic Ball Camera is the first truly 360 degrees camera, able to shoot images even under it, make a full 360 degree and fully navigable image. The camera is made from a type of foam that eliminates the ghosting effect, it has 36 2Mpx telephone cameras and when you throw it, it takes 36 pictures on the highest point it reaches, which you will be able to download via USB cable to your computer and using the special software provided, generate a full 360 image. 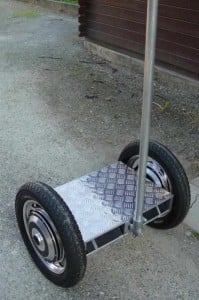 This DIY gadget is something I bet anyone would want. Giving the real Segway’s price, this one costs only $2500 and it’s every bit as much fun. Though you need to have some electrical skills to do this, the DIY Segway gives you a really good feeling of accomplishment, when you know you are riding your own creation. 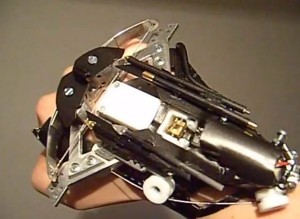 One of the coolest DIY gadgets I’ve ever seen is this hand-mounted crossbow. It is quite complicated to do, but the fun you can have with it is unlimited. It shoots metal darts accurately at 3 meters and it has a laser pointer for extra accuracy. The design needs more work and in the future, we might see a fully automatic crossbow. 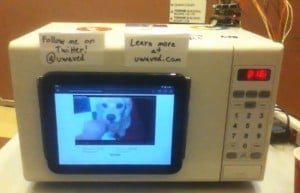 This DIY gadget was created by a group of students competing for the PennApps Data Hackathon. The idea is great: instead of watching your meal go round and round, your microwave can search a video on YouTube, the same length as you set your timer on the microwave. The microwave has a touch screen that consists of 7 LED segments and is powered by an Arduino circuit. I wouldn’t mind having one myself, it definitely beats staring at your food while it’s heating. 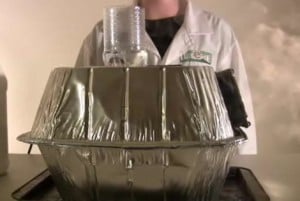 If any of you ever dreamed of becoming a rock star (or a vampire), you could not have gotten far without your own fog machine. Well, you are one step closer to this DIY fog machine. It’s simple to make and it creates a cool effect: add some food glycerin, mix it up with some distilled water, and put it under a flame, the effect is awesome, and all for $5! 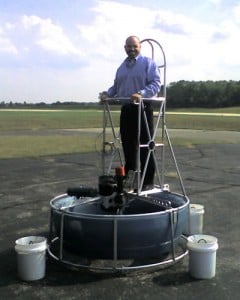 The Vertipod Hoverflyer is certainly the Segway of the sky! This DIY gadget was envisioned and built by many, so due to the multitude of people trying to make a flying one-maned machine (jet pack or hovercraft), it’s quite popular. The hoverflyer is based on a motor that has a propeller that blows air downward and creating lift. A kit will set you back about $10000 but if you are truly a DIY fan, whit some spare parts you have at home, you can build one significantly less. The hoverflyer built by Air Buoyant President and CEO Pete Bitar can go 40Mph at a height of 15 feet. 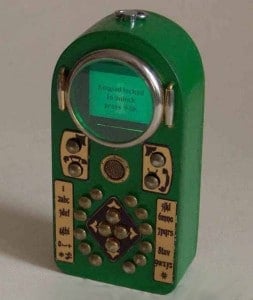 This DIY tech looks like it came right out of Fallout 3 or Bioshock, but actually, it used to be a Sagem Phone, “tuned” to look like that. It may not be as shiny and full of tech as today’s smartphones, but it does have style. 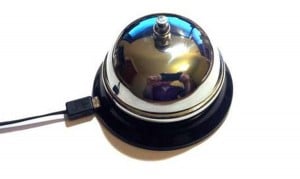 This is a cool DIY gadget meant for people who are not always alerted by the PC alert for emails. This USB bell is connected to your computer via USB cable and will ring when you get an email. It looks good, it does the job wonderfully and you only need basic soldering and electronics skills. The cool part of this build is that you can make not just a bell, but come up with your own ideas, such as a mail light or have a voice call up for you. 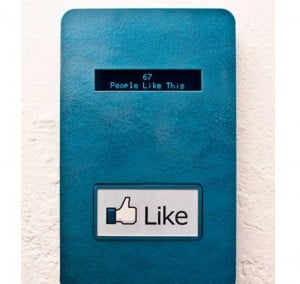 I’ve met some hardcore Facebook fans in the past, but someone who would create an Arduino-powered real-life Like Button…that’s way out there. The device features an LCD screen displaying all your likes and it measures 29x47x4 cm. This could be a huge hit with Facebook fans if someone would give it a digital camera, Wi-Fi capability, and some brains and it would actually interact with the real stuff. We’ll mark this one as a “cool DIY gadget in the making”. 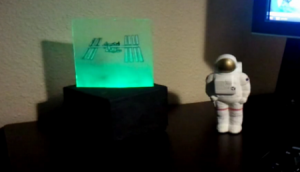 The ISS or International Space Station is a marvel of human ingenuity and it should be treated as so. The ISS Lamp is more like a tribute to all the engineers who worked so hard to make the dream of human space exploration go one step closer to being fulfilled. The lamp is basically a Plexiglas that lights up whenever the ISS passes overhead.

The build is simple, just solder some LED’s to a Plexiglas (or whatever you want to light up), put it on an old lamp PCB, and hook it up via USB to your computer, where you have to find an app which tells the lamp when the ISS passes overhead. It sounds hard to do, but the effort that is going into making one is insignificant to the effort that was put in the real ISS, and maybe this our way to salute those people that worked so hard in building it. 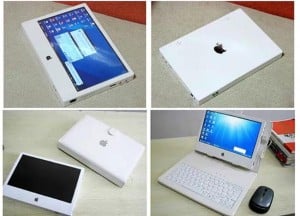 I know the iPad is a popular gadget, but tired of waiting for the launch of the iPad 3, a man from Chine has built his own iPad 3 (or how he imagines it). The device has keyboard compatibility, it runs on Windows and it can be docked like the Transformer Prime from ASUS. Not for anyone, buy a cool DIY gadget nonetheless.

Some real fans of Assassins Creed had it enough of being just simple men and wanted to slip in the skim of Altair or Ezio Auditore and so, they made a hidden blade just like (or better) the famous assassin’s. The blade emerges and retracts really quickly by pulling on a wire stuck to a ring. It’s really ingenious and they all look bada$$. 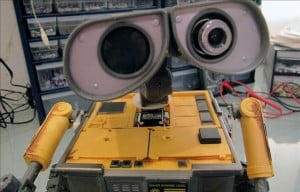 This one is more of the Wall-E aficionados who know a little about robotics. The Wall-E robot really interacts: it features 4 servos for the tracks, hands, and neck, it has facial and object recognition and tracking, it can answer simple questions with the original Wall-E voice and some cool tricks like dance or follow commands. It’s great fun and could make for some really cool DIY weekends. All you need to make it are some robot parts, available over the web (EZ-builder software with U-Command robotics or Arduino kits).

Why do tech reviews take so much time?
Read Next

What is a QR code? How do you generate QR codes yourself?
Voila AI Artist: Cartoon Yourself with the Power of AI
2 Awesome Sennheiser Bluetooth earphones for less than Rs…
Nokia 5310 Review: Awwww? Definitely! Awesome? Well...