Fujitsu and Panasonic, the Japanese Comeback in Smartphones

Mobile World Congress is just around the corner and it seems that one of the biggest surprises, this year, in Barcelona, will be offered by the Japanese names in the smartphone business: Fujitsu and Panasonic. Unfortunately, Sharp isn’t teasing us with too many hot announcements and we are not sure whether they’ll have an active presence at MWC and, on the smartphone market, overall. Last year, they’ve managed to surprise and to have a busy schedule at MWC. Only by looking at Sharp Lynx 3D, you get my point.

Just when everybody was already mourning the Japanese brands in the smartphone market, Fujitsu managed to make quite a splash and surprise everybody with their gorgeous looking Arrows F-07D, considered to be world’s thinnest smartphone. Just by looking at its design, one can tell that this is something different, something that doesn’t respect the recent trend of shiny smartphones, but tends to make it look more robust. Another very important and distinctive feature of the Arrows smartphone is the waterproof ability. At the time, the smartphone didn’t have the latest Android version and was being sold only in Japan. 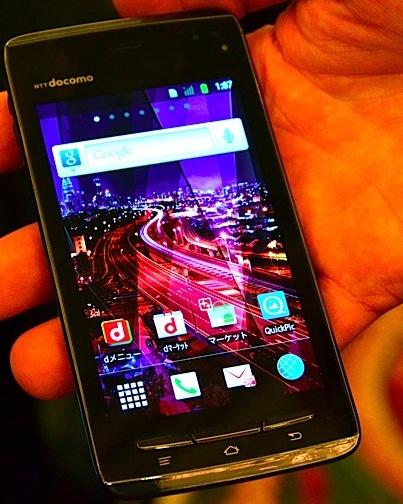 Fujitsu has made official its plans to “conquer” the European and U.S markets. If they’re going to rival with their continental friends from Samsung, then they simply have to come up with distinct and premium products. Not to mention that if they want to challenge Apple, then they’ll have to come up with something as good as Galaxy SII. And it seems that they’re doing just this.

A recent report comes to suggest that a mysterious Fujitsu smartphone will be unveiled in samples at Mobile World Congress. Judging by its theoretical specifications, it’s easy to assume that this smartphone is either an improved version of Arrows or a model from the same line:

What catches our eyes is, without doubt, the impressive number of pixel and the protective features on this smartphone. Not to mention the incredible processing power that it could sport, enough for you to take benefit of the recently announced Ubuntu for Android feature. If the engineers at Fujitsu manage to endow this mysterious smartphone with a very good battery life, then I’m sure it’s going to make a real splash in the market, and, why not, even to set a new standard.

It seems that the Japanese comeback is strongly associated with their need to protect smartphones from water. This is an interesting feature, especially when you’re in the middle of the rain and you need to make an important call. It’s safe to know that your smartphone is waterproof but I don’t see myself playing Angry Birds in the pool. Nonetheless, Eluga is a smartphone with a sleek design and quite easy to carry, as the first reviews suggest. Looking at it, it reminds me of a chocolate bar… 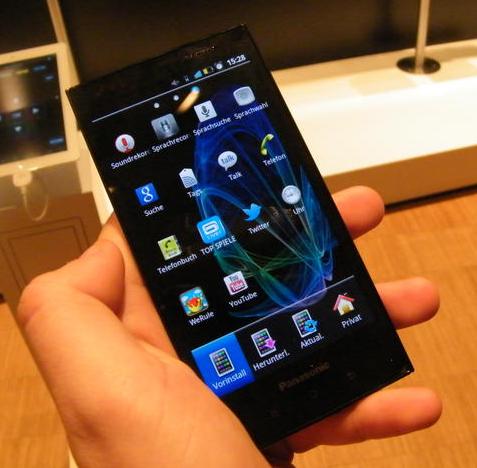 Panasonic Eluga will be available in Europe in April. You should know that Eluga is not only waterproof but also dust-proof. Now, that’s something that we all need in a smartphone. And, it also has NFC, a feature that is yet to have a wide adoption. If you worry about your battery, the folks at Panasonic have thought about an Eco Mode that lets you save battery.

Fujitsu and Panasonic are some names that we should keep our eyes on and Mobile World Congress will be the first occasion to see their performance. In a world already crowded with so many names, can they rekindle their lost charisma?

Fujitsu UH-X Review: A Feather in the Laptop Nest
Read Next